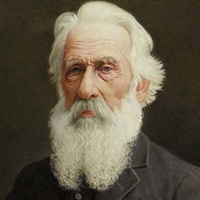 Pioneering is part of who we are. That’s why each Ryman village is named after a Kiwi or Aussie trailblazer, Logan Campbell, Charles Fleming, Rita Angus to name a few. They lived with passion and purpose, they pushed further, they went beyond the ordinary. That’s exactly what we strive to do, every day, at Ryman. To pioneer a new way of living, for a new retirement generation.

Logan Campbell Retirement Village is named after the man known as the father of Auckland, Sir John Logan Campbell.

The man whose legacy has helped to preserve Maungakiekie/One Tree Hill and its surrounding land in Cornwall Park as a beautiful amenity for Aucklanders was the overwhelming choice of name for the residents, when they were asked for naming suggestions.

Interestingly, it was John Logan Campbell who built the first house in Auckland, named Acacia Cottage, and opened the first shop.

But it was a combination of his many business ventures and his contribution to public life that endeared him to the people of Auckland.

It got to the point where no ceremonial occasion was complete without his presence, and he was subsequently acclaimed the Father of Auckland.

As a way to express his mutual fondness for Auckland he donated his remaining farmland at One Tree Hill to the city for public use, establishing an endowment which is still managed by the Cornwall Park Trust Board today.

Campbell received a knighthood in 1902 and when he died in 1912 at the age of 94 he was buried on the summit of One Tree Hill in the middle of Cornwall Park.