A night of celebration at the virtual Ryman Awards 2021

Ryman Healthcare’s team of 6000 gathered online on Friday night for a fantastic celebration of colleagues nominated in the 2021 Ryman Awards, with tv stars and hosts for the night Hilary Barry and Laura Daniel adding to the buzz.
The excitement was palpable, despite the necessary separation caused by various levels of lockdown restrictions in New Zealand, with nominees beaming in with their bubbles from homes and villages on both sides of the Tasman.
The big night also marked the end of the first week in the job for new Group Chief Executive Richard Umbers’ who said it was a ‘fantastic night to be a part of’.

“What better way to start than by celebrating the excellent job everyone has done over the past year – and at arguably the toughest time for everyone,” he said. 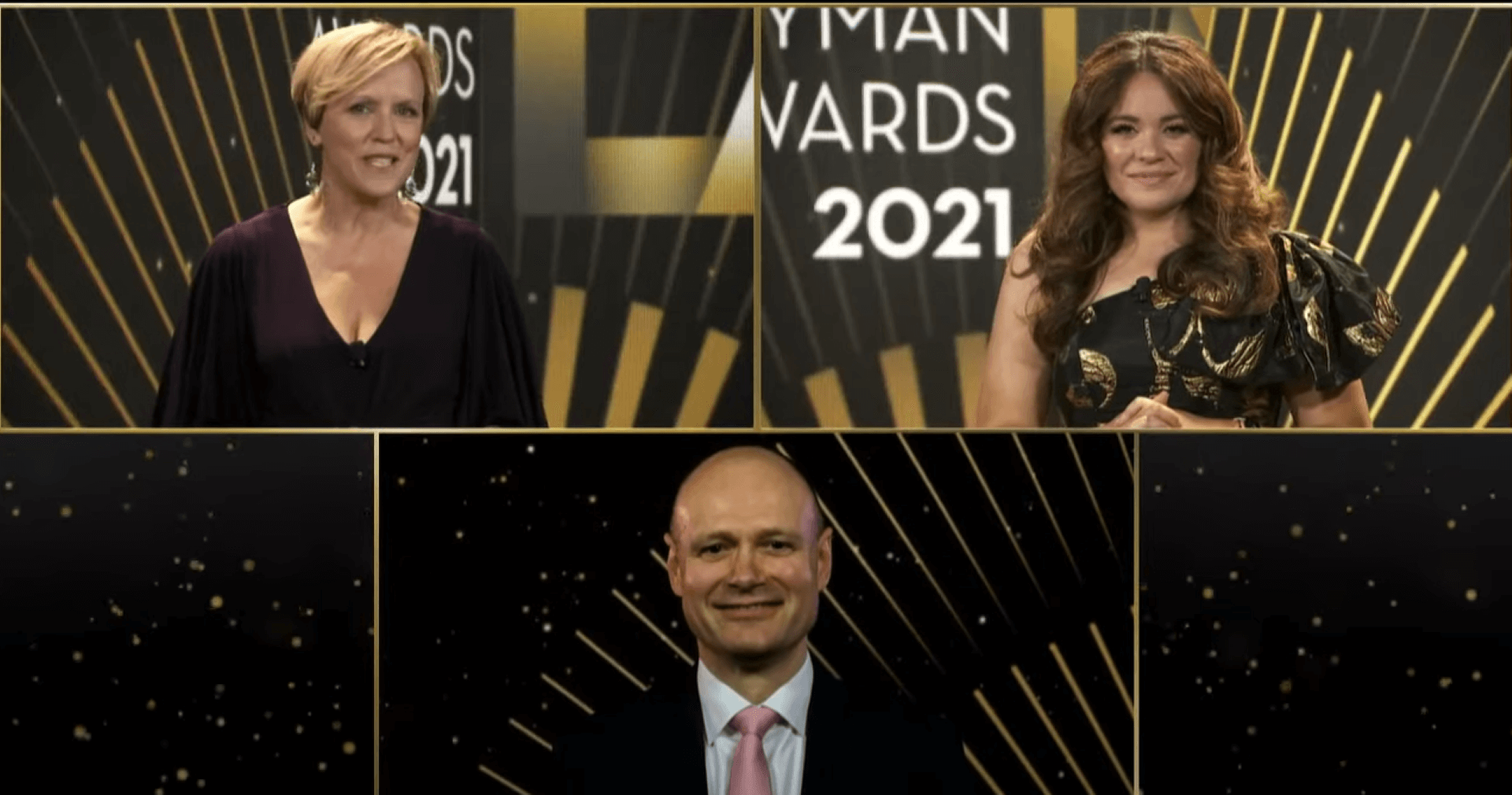 The winner of the most prestigious title was Senior Registered Legal Executive Pam Harliwich, a 21-year Ryman veteran who works at Head Office in Christchurch.
Being in Level 2, Pam was with family, friends and teammates when it was announced she had won this year’s Kevin Hickman Award, where nominees are selected for best demonstrating Ryman Healthcare co-founder Kevin’s founding values of kindness, excellence, leadership and care and are role models to their teammates.
Pam said she was ‘stoked’ and ‘honoured’ to win the top award.
“It truly is a great honour to receive this award. Kevin has started a great company, with his vision to look after older people.”
She also credited her unit contracts team and the sales team for being so great to work with, many of whom had nominated her for the award with accolades including ‘always helpful and kind’, ‘works so very hard’, ‘outstandingly helpful’ and ‘super committed’. 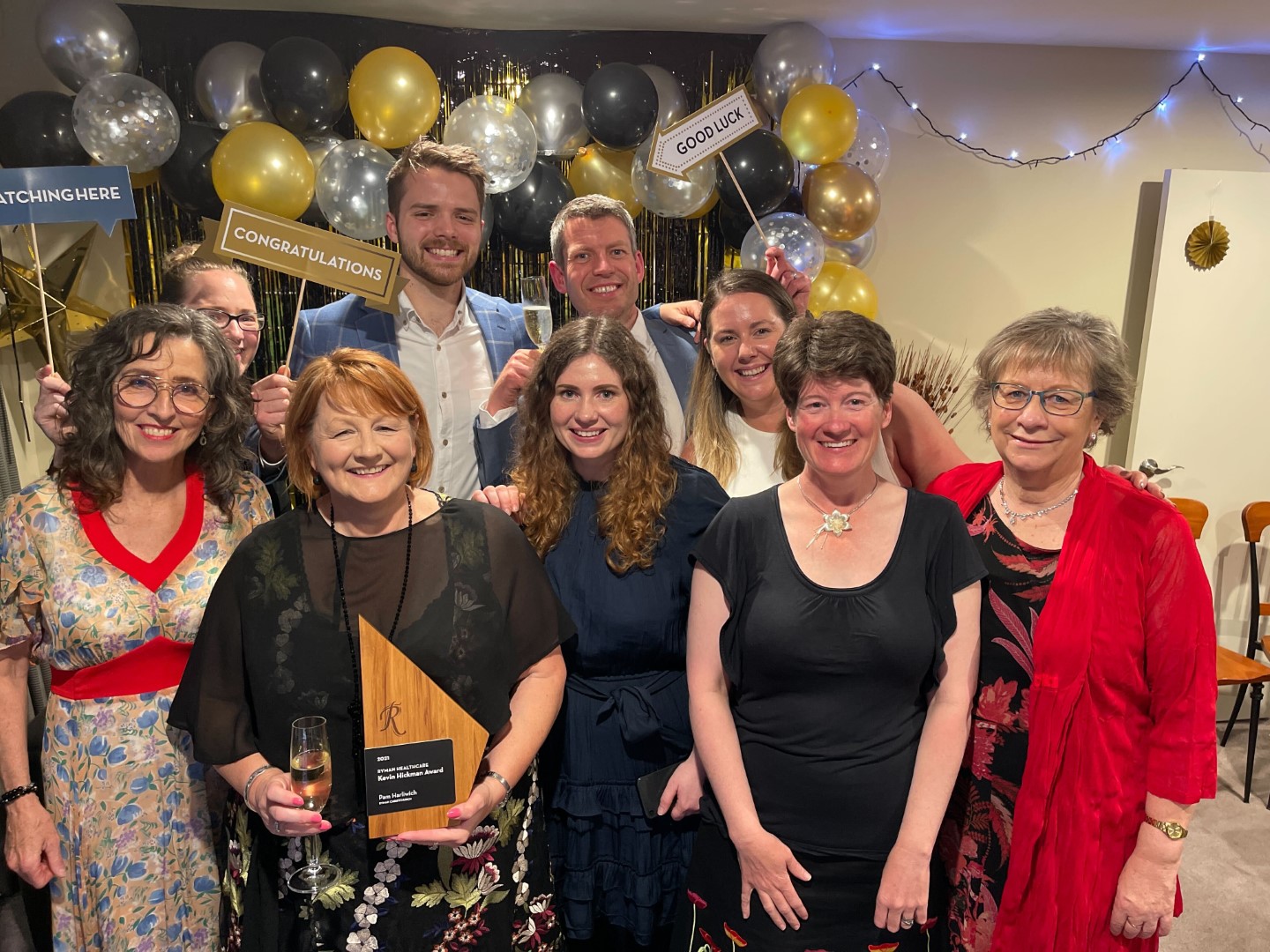 Said Pam: “It’s a pleasure to be able to help residents coming into the village and leaving the village and making it as stress free as possible.
“I’m stoked!”
Taking out the Village of the Year prize was Auckland village Logan Campbell, with Village Manager Karyn Nobilo giving an emotion-filled acceptance speech with her ‘home team’ – sons Matty and Joe by her side and husband Brad handing her the trophy. 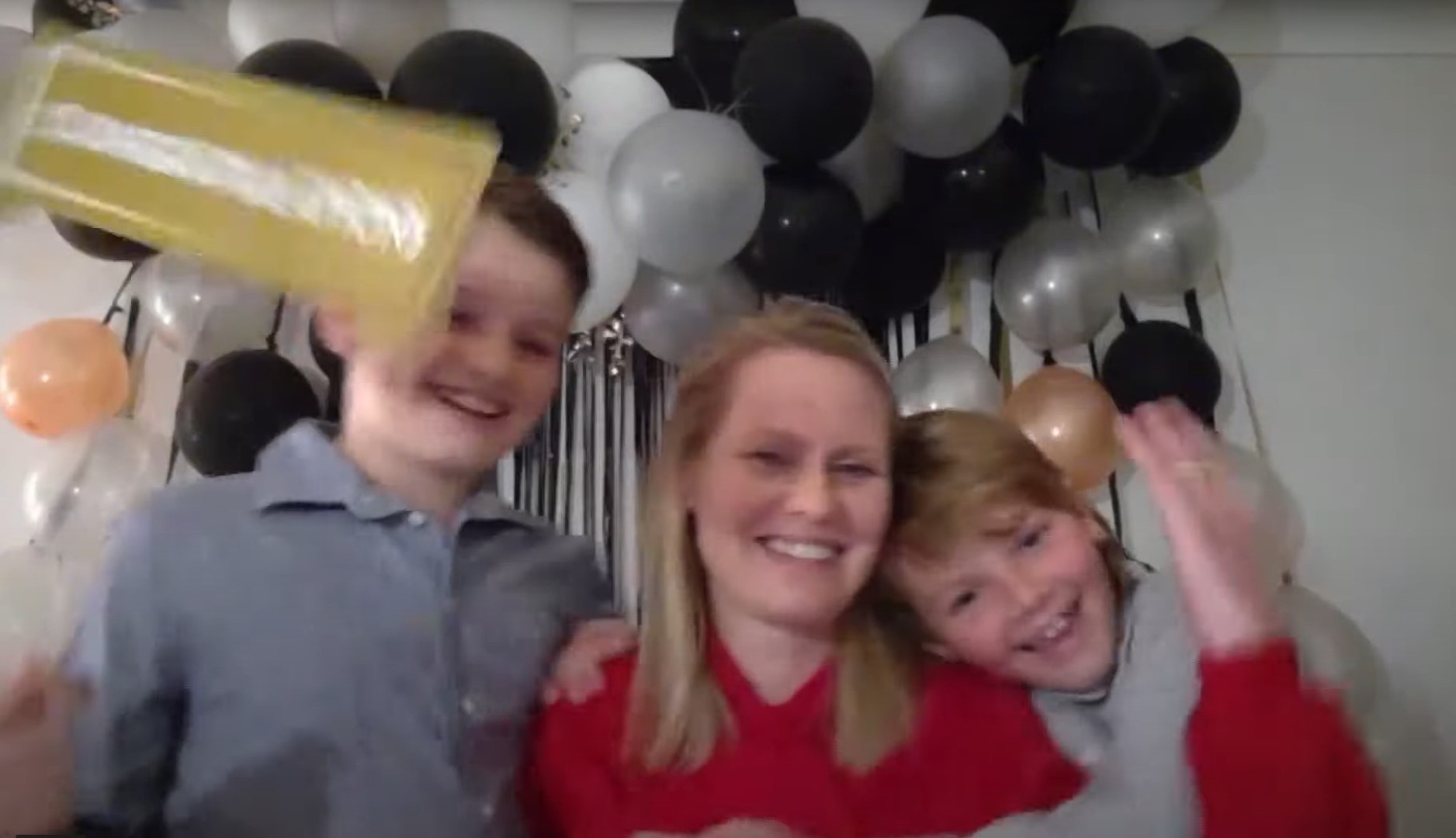