Bert Sutcliffe residents joined in the chorus of voices celebrating the most prestigious winner of the 2020 Ryman awards – their much-loved village manager Marika Laflamme who was announced the winner of the Kevin Hickman Award 2020.
Marika was one of three nominees for the award who were selected for ‘best demonstrating Kevin’s founding values of kindness, excellence, leadership and care and are role models to their teammates’.
A huge surprise was a special ‘good luck’ message from her family back home in her native Quebec, Canada, which had been organised with help - and considerable secrecy - from Marika’s partner Aaron. 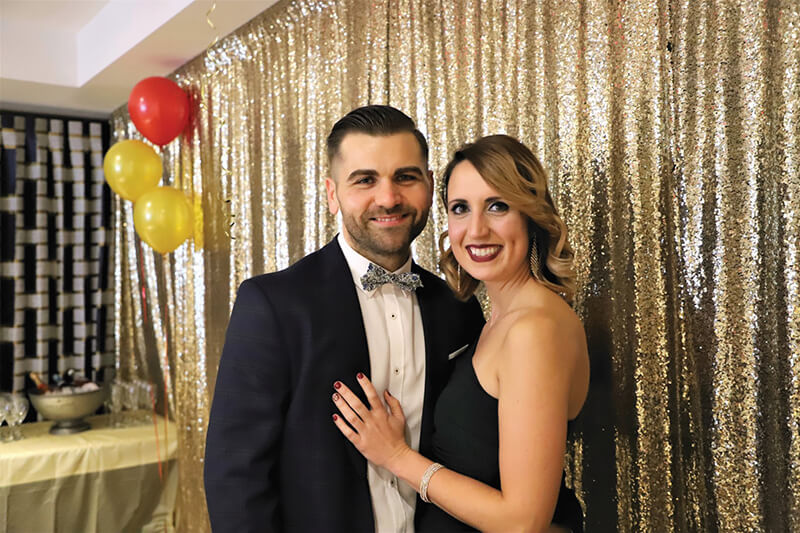 “Excellent, compassionate, hardworking and smart are just a few words that have been used to describe you,” Marika’s proud family said.
On hearing Marika announced as the winner, the staff in the green room jumped up and down with delight, waving balloons and letting off party poppers.
Struggling to stay in control of her emotions, Marika said she was ‘humbled and grateful’ to receive the Kevin Hickman award.
“I met Kevin once at the village and to be carrying his legacy is a real honour. This award means a lot to me and it confirms my five years journey here.
“Ryman has changed my life in so many ways I can’t even explain,” she said.
Marika, who grew up in a family who ran an aged care facility, thanked her team for ‘making the village the best and fun place to work and live for our residents; her managers at Ryman, especially Paul Sutton and Wendy Turner for their support and leadership, and the ‘many amazing people’ who’d helped her and become friends along the way. 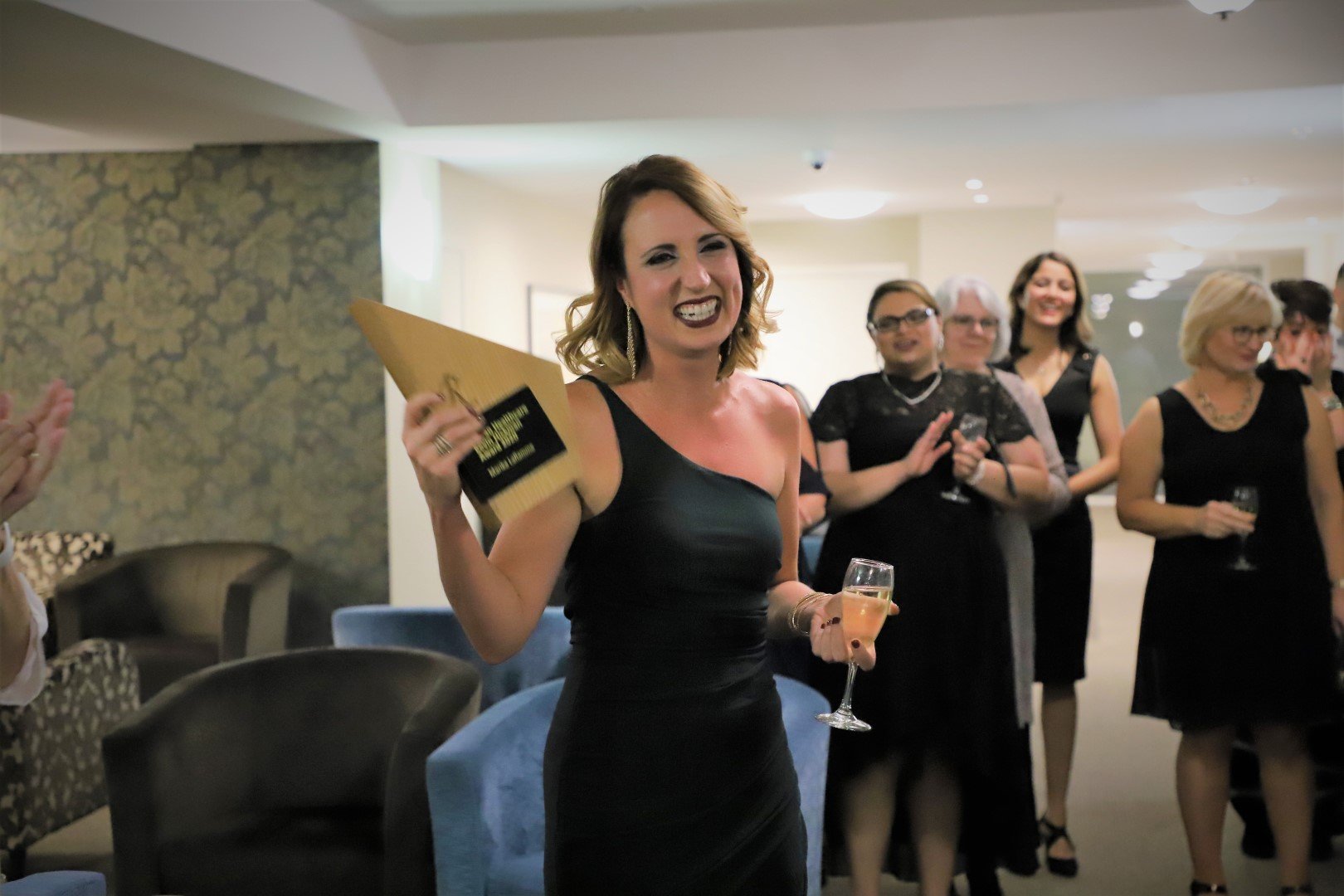 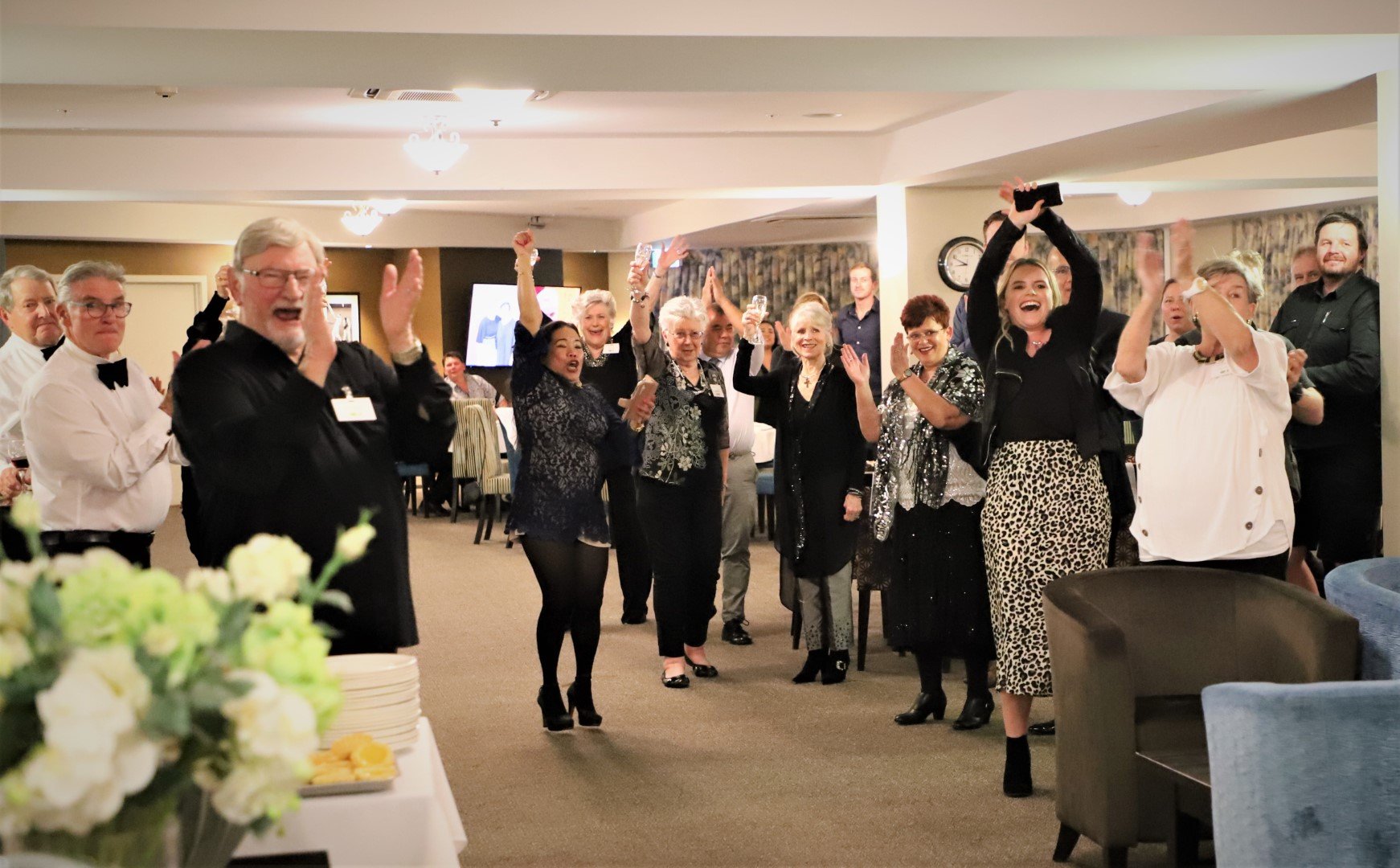 Afterwards, she joined the rest of the team and waiting residents in the lounge where she was greeted with a round of applause and a big bouquet of flowers.
Resident Don McMorland, who chairs the independent residents’ committee, led the congratulations by describing the wonderful feeling of homeliness that Marika and the team had created at the village.
“It’s a warm and caring home and a whole community made up of your team and our fellow residents where each of us is known and valued and cared for,” said Don.
“That’s a feeling which is so very important and, I would say, life-enhancing, to us at this stage of our lives.
“That special feeling, Marika, starts at the top with you. It comes from you personally to us, and also down through your team and out to us. We recognise and value you as the team leader of all of us – thank you.” 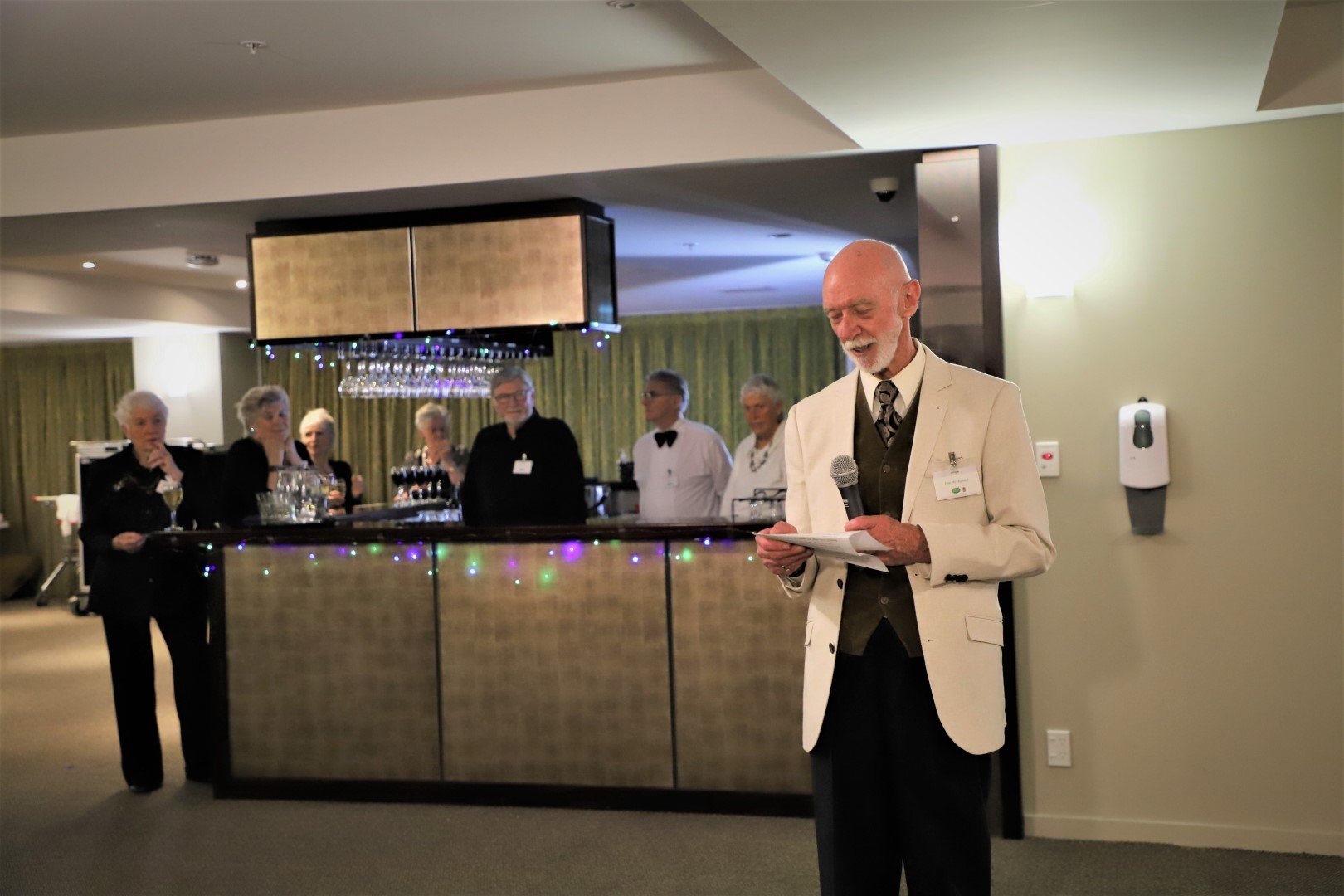 The heartfelt words were part of an evening of celebrations which began with a special buffet dinner organised solely by the residents as a way of saying thank you to the Bert Sutcliffe team for their hard work during the lockdown.
As residents were confined to the village at that time, staff were charged with delivering all their groceries, mail, medications, and even Happy Hour goodies to the door so as to reduce the risk of infection from Covid-19.
Again, Don led the tributes to the whole team of staff on behalf of the grateful residents who had set up dinner tables adorned with beautiful decorations and lights and a huge buffet of delicious home-cooked food for the many staff members and their partners. 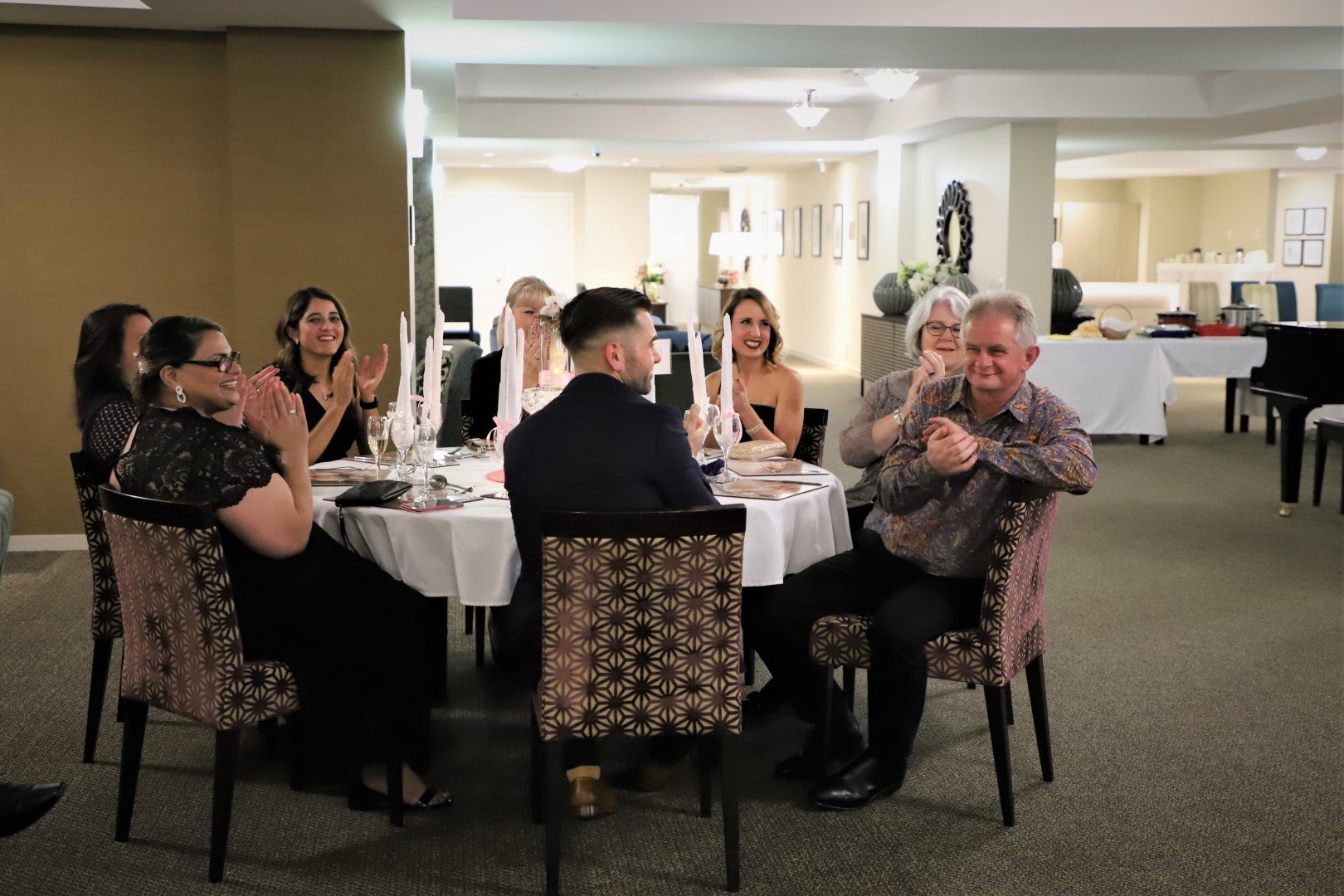 “You all did it with a smile and good humour when you met us at our doors. You brought us the warmth and the care of the outside world. It meant a lot,” he said.
“We want to say a very big thank you to you all. It made all the difference to a difficult period for all of us.”

Ryman Healthcare was founded in Christchurch in 1984 and owns and operates 36 retirement villages in New Zealand and Australia. Ryman villages are home to 11,600 residents, and the company employs more than 6,000 staff.