In a small slice of native forest neighbouring Ryman Healthcare’s William Sanders Retirement Village, half a dozen tiny wooden structures have appeared on tree trunks.
No, they are not elf houses or baches for Devonport’s fairy population, they are in fact wētā hotels.
The cute habitats have been installed by residents from William Sanders within Mary Barrett Glade, aka Polly’s Park - the marginal strip located between the retirement village and Ngataringa Bay - and are designed to encourage New Zealand’s favourite native insect species to move in.

William Sanders resident and passionate environmentalist Kathy Farquhar (pictured above left) is one of several residents who volunteer for Restoring Takarunga Hauraki (RTH).
The local environmental group works tirelessly to increase biodiversity along the Ngataringa eco-corridor and provide essential assistance to the Department of Conservation (DOC), which administers the Glade.
Kathy says she is proud to continue the work started by Mabel ‘Polly’ Pollock, the inspiring Devonport woman who, in honour of her late daughter Mary, transformed the Glade from what was previously used as a dumping ground into a slice of native forest, and now provides an idyllic outlook for the retirement village.
“Polly won’t know what a legacy she’s created and also how much she is valued, but this space is terribly important to those who live on the edge of the bush,” says Kathy, whose apartment looks out onto the trees.
“Every morning we wake up to hear the tūī.” 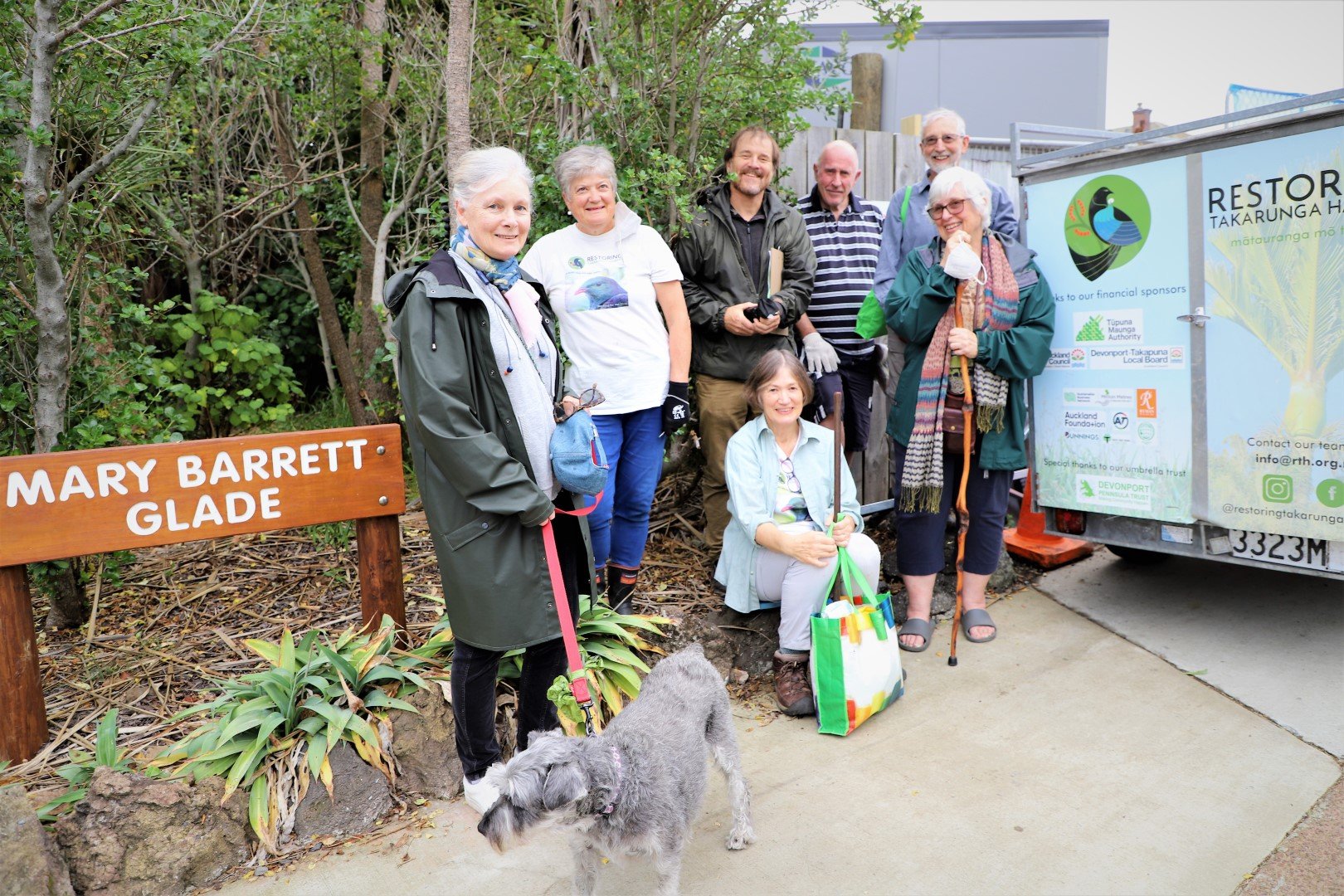 Fellow residents Val and Colin Griffiths agreed, saying the work was a great way to honour Polly and the Glade was a wonderful place to take the grandchildren for a walk.
Working with the residents is RTH ‘super volunteer’ Anne McMillan, a Devonport resident who helped to initiate the Million Metres stream side campaign for the Ngataringa eco-corridor, and, coincidentally, whose mother Maureen lives in a serviced apartment at the village.
Says Anne: “The bush here is very inspiring, it inspires us all. And the residents in the village love being so close to this area, watching the birds while they’re having their breakfast.”
The hope was that by encouraging wētā to move into the area the biodiversity would increase and more native birds would frequent the Glade.
“Wētā are a key species, and if you don’t have them a lot of other species disappear.”
Anne said wētā acted as foragers who recycle wood and eat seeds.
The wētā hotels were designed with a circular entrance of no more than 16mm across – any larger than that would allow mice to move in instead!
“We’ve put them quite low down on the tree so that children can reach them to have a look inside,” said Anne, who pointed out the door on the front of each hotel.
Six hotels were put in the Glade with a further six placed further along the eco-corridor. 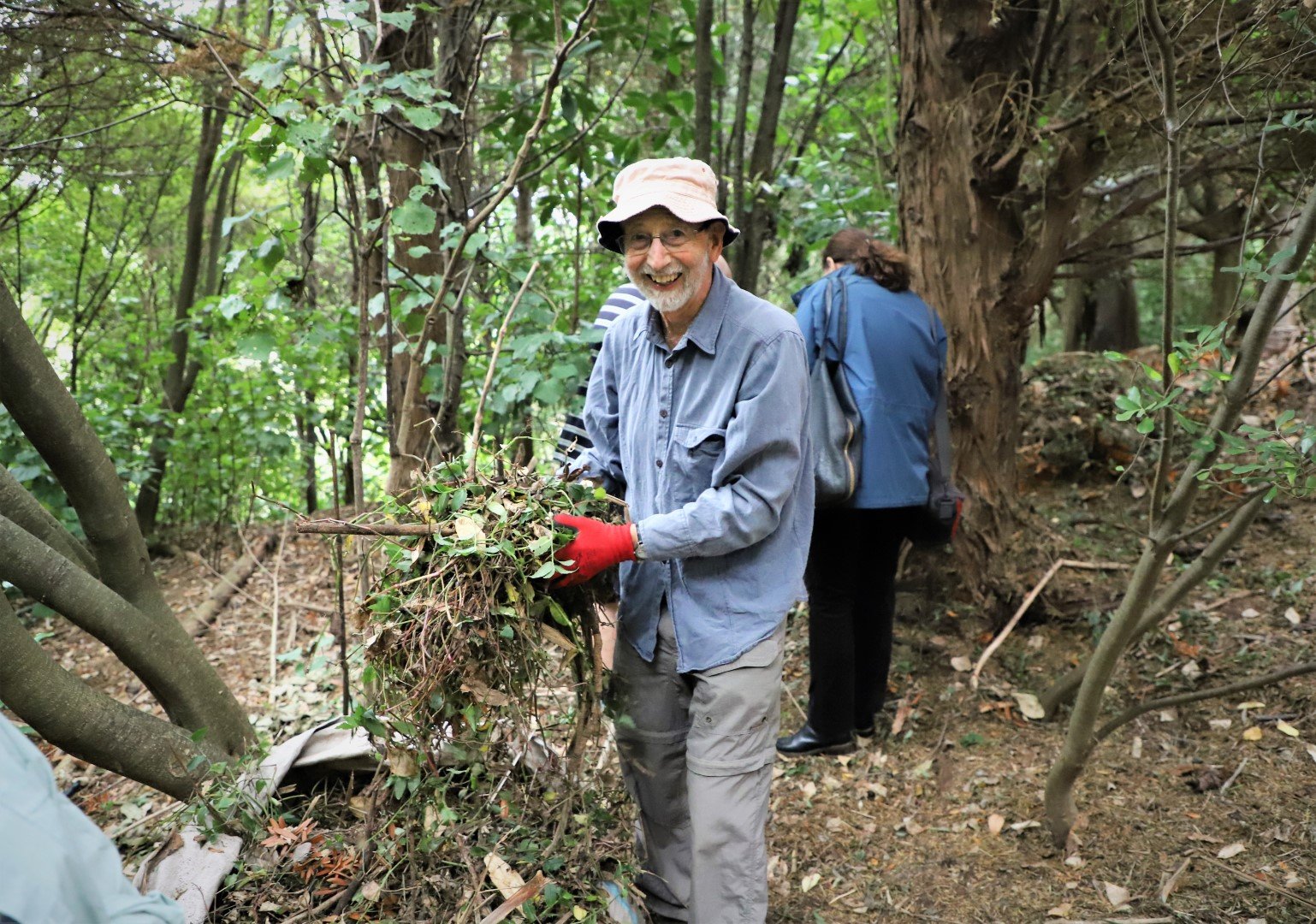 William Sanders resident Colin Griffiths scoops up armloads of weeds from the Glade, including the invasive tradescantia.

The work the volunteers do isn’t always about encouragement – there are some plants that are not welcome in the Glade, particularly the invasive tradescantia.
Environmental Coordinator for RTH, Lance Cablk, said the volunteers had been gathering every Wednesday afternoon for weeks to clear out weeds from the Glade which would in turn allow the native plants and trees to thrive.
“There’s been about four weeks of culling it and it’s really good to get it done,” said Lance.
Ryman Healthcare recently partnered with RTH to support the work they are doing, with $15,000 going towards various initiatives and equipment.
A key milestone in that relationship was marked in the village grounds this month when four native trees were planted in the gardens to strengthen the connection between the village and the Glade.
A moving karakia was given by RTH volunteer Zane Catterall before the trees – akepiro, titoki and two houhere which were all grown at the RTH nursery – were put in the ground.
The birdlife was credited for providing the waiata! 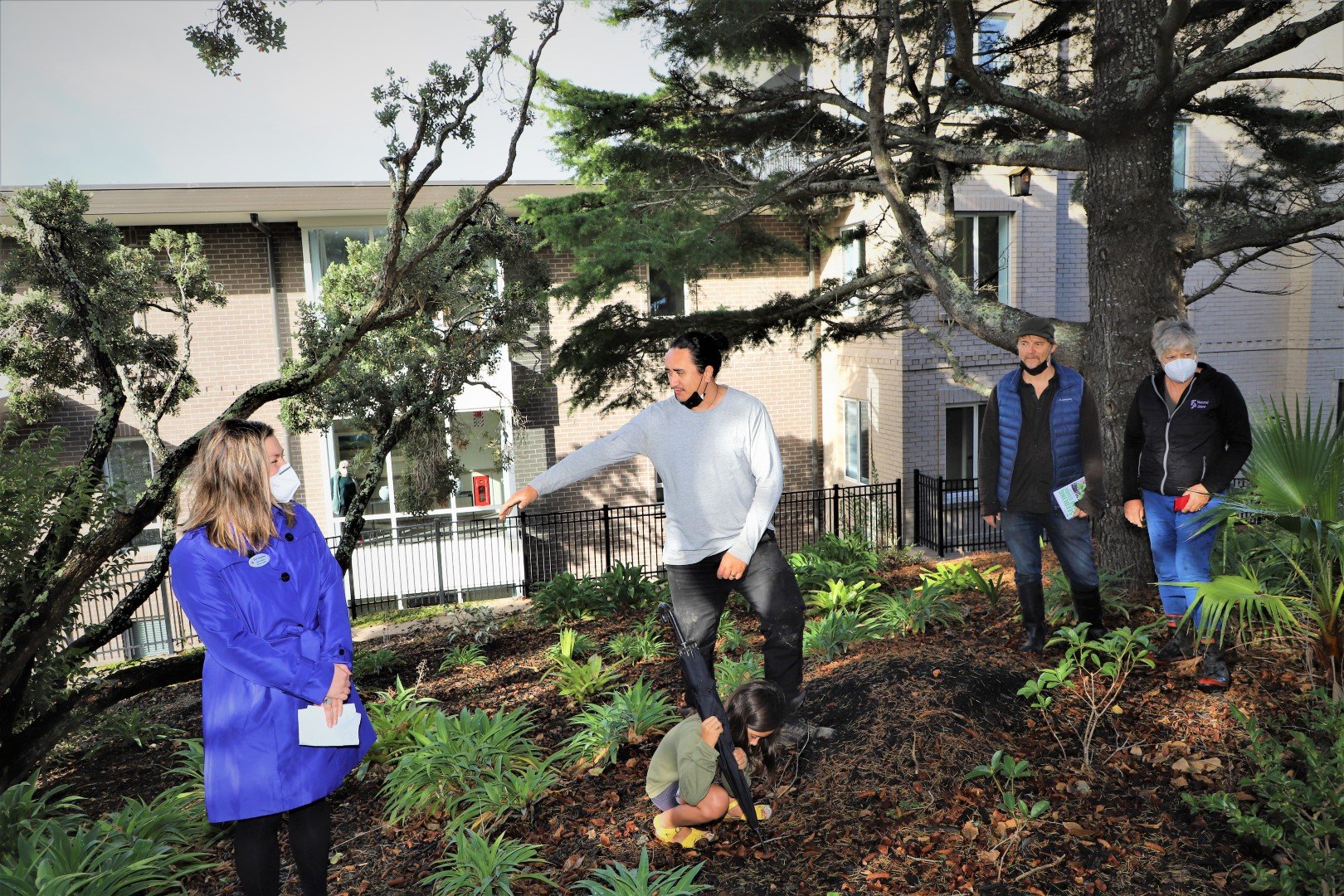 RTH volunteer Zane Catterall performs a karakia, with his daughter Olive listening on (above) and (below) RTH Coordinator Lance Cablk helps plant a houhere while Head Gardener Aaron Brown throws on some fertiliser. 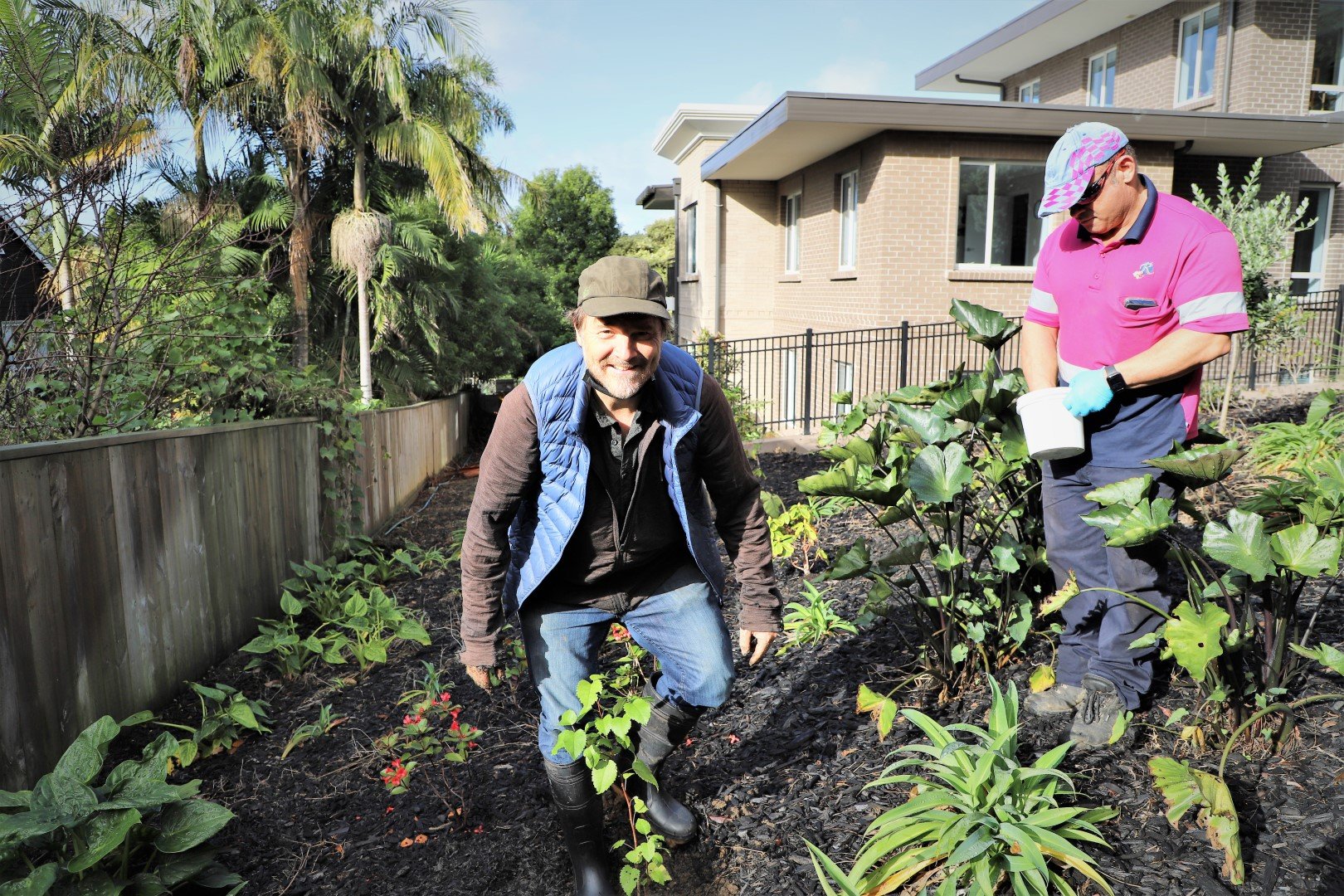 Said Anne: “Every different tree has a different kind of insect associated with it so whenever you plant a tree you’re increasing the diversity.
“We wanted to bring a bit of that inside the village grounds – everyone loves living here because of this taonga.”
Lance said the collaboration between RTH and both the residents and Ryman Healthcare were great appreciated.
“Kathy’s team from William Sanders is inspirational and having a great time contributing to the ecosystem restoration efforts,” he said.
“With public funds getting tighter, our financial partnership with Ryman is crucial to sustaining our initiatives, including getting our messages out to a broader audience.”