Logan Campbell’s Terry Griffiths has won gold after a nerve-wracking swimming final held at Ryman’s sister village in Devonport on Friday.
The results came through within hours of him taking to the pool – however while everyone in the team was celebrating, Terry didn’t get the exciting news until the next day.
“I was in bed by 6pm!” he laughed.
“My partner tried to wake me to tell me, she was singing and carrying on at the top of her voice saying ‘you’ve won gold’ but I slept through it all!
“She left me a note on the door in the end so I didn’t see it until the next day.”

Terry was one of six finalists who swam for gold in the men’s swimming finals held in Auckland, Wellington and Melbourne.
The former champion swimmer who represented Auckland admitted he was really nervous beforehand and thinks that extra tension was the reason for his exhaustion.
“I was more nervous than when I was doing the swimming champs!” he said.
“This is the competitive streak coming out of me, but you didn’t know what the other times were so the tension was building up, and building up and building up.” 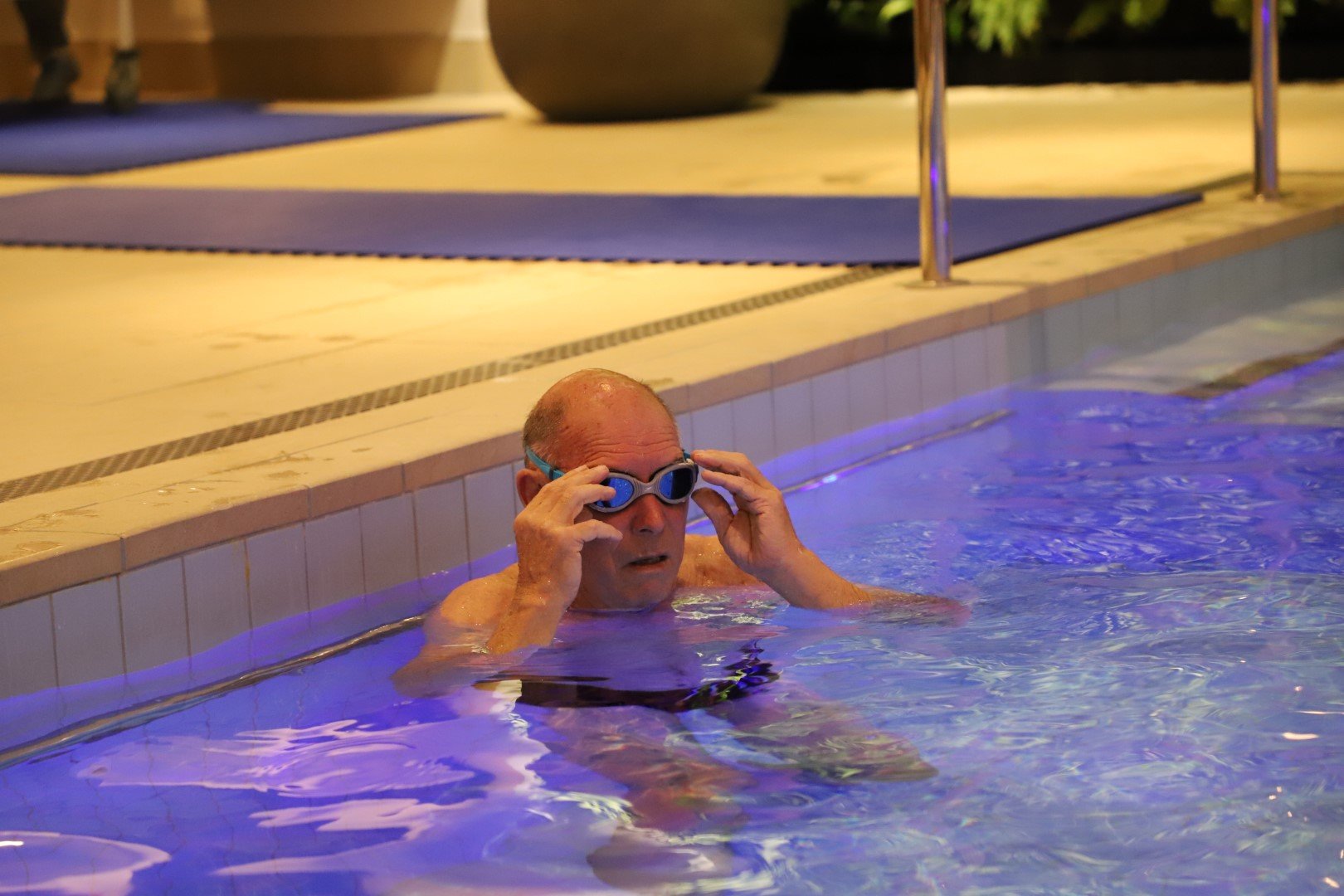 Goggles on as Terry gets down to business

While Terry was a champion swimmer and surf lifesaver in his youth, he hadn’t swum for years because the chlorine in the pool would react against his skin.
However, when Ryman announced the Olympics@Ryman event he decided to give it a go.
“I’ve been training every second day and the salt treatment they use in the pool at the village is a lot better and doesn’t react to me.
“I’m actually quite enjoying it, and some of these floppy muscles are going into muscles again!” 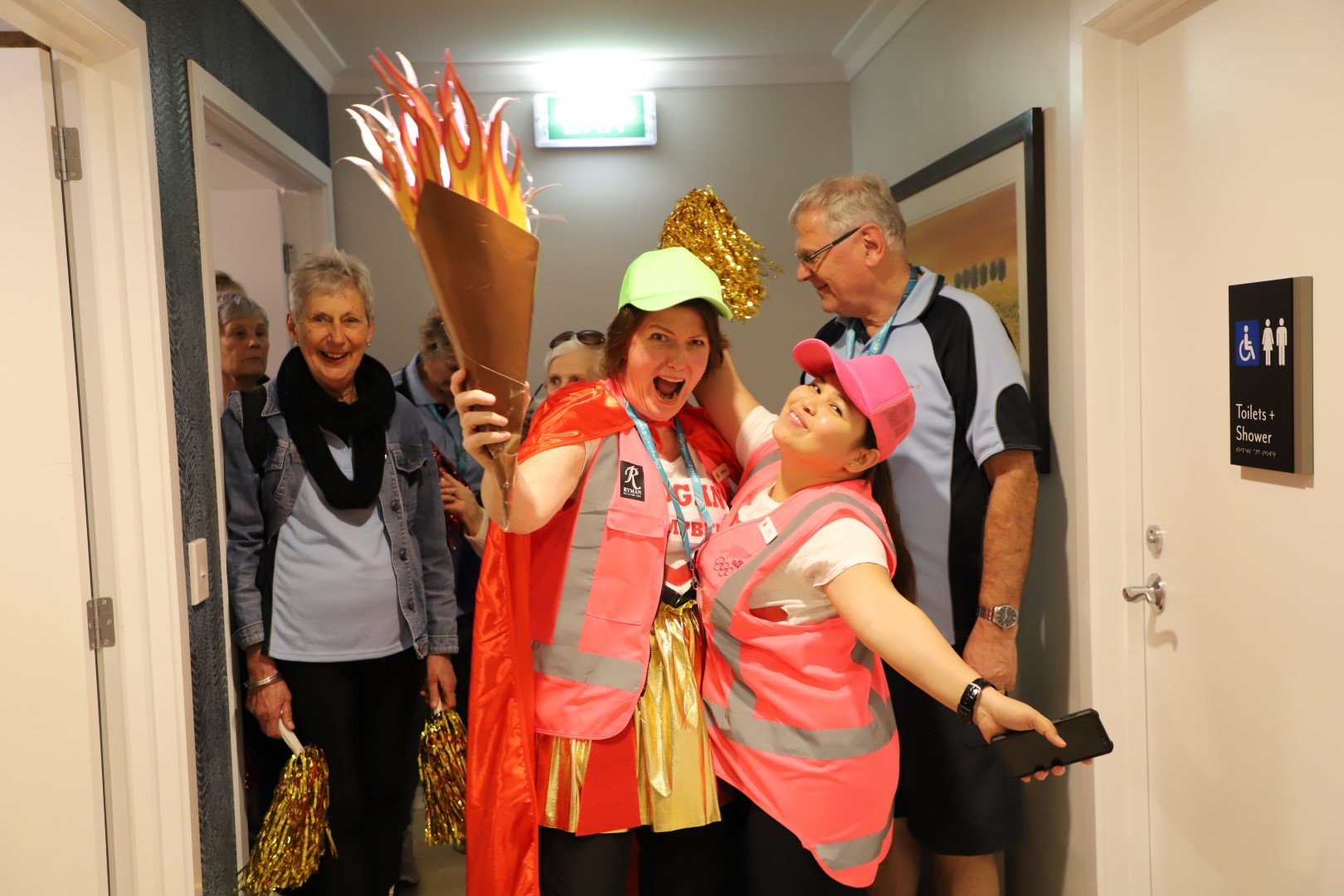 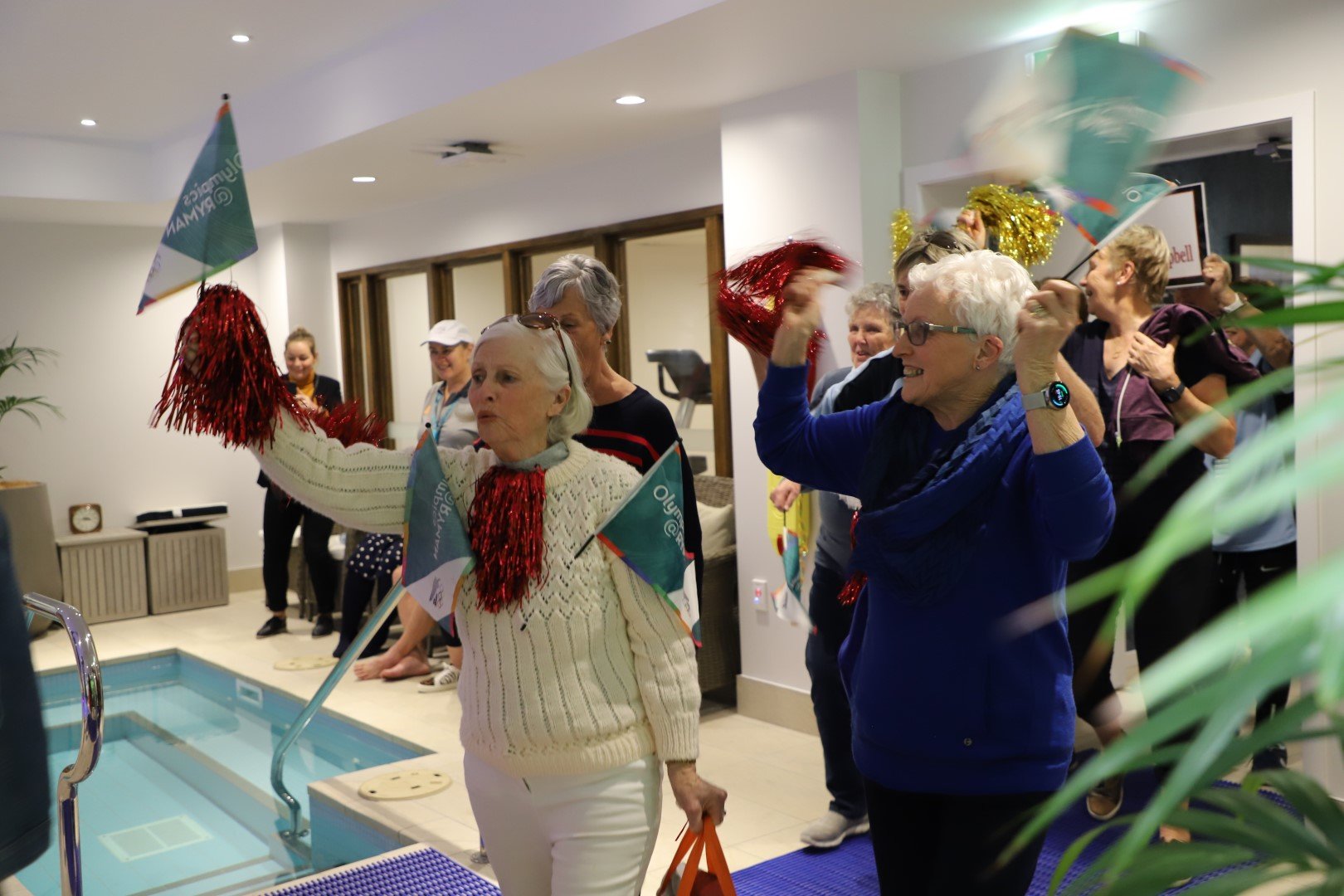 Terry said both the team and residents at Logan Campbell had been right behind him from the beginning.
“They told me you better win or else, so no pressure Terry!” he laughed.
Terry won gold with a time of 28.33 with Murray Halberg’s Colin Tea winning silver and Jean Sandel’s Murray Boulter taking the bronze.
A highlight for him had been seeing Bert Sutcliffe resident John Esling, who uses a mobility scooter day to day on land, be an able competitor in the swimming – and give him a good run for his money!
“I just had to go and put my arms around the guy and congratulate him for being involved.
“That’s what’s been so great about all this – it’s getting people out there and doing things,” he said. 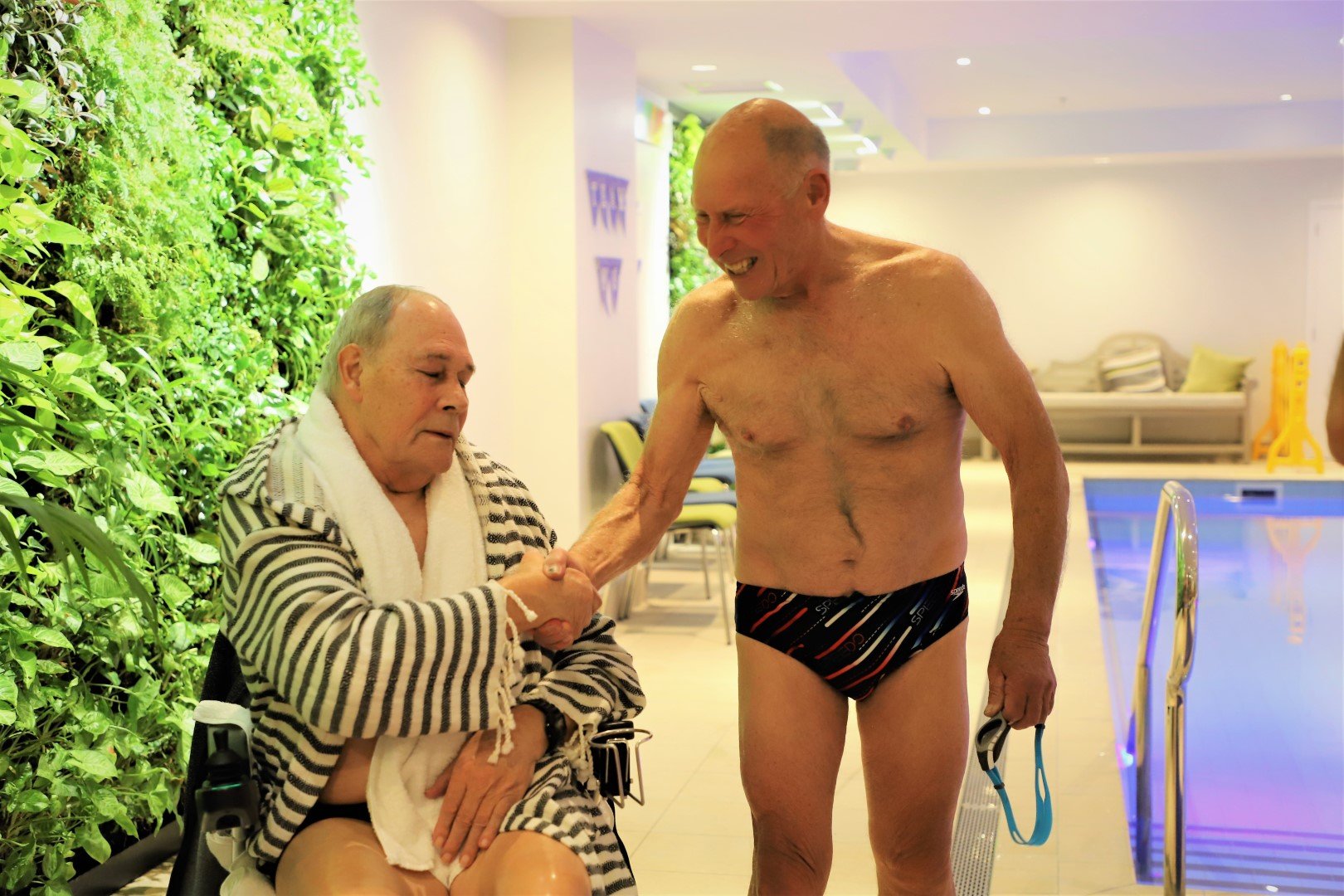 Ryman Healthcare Chief Strategy Officer Mary-Anne Stone said she was ‘delighted’ with the way the whole competition had gone.
“The connections made with people in the villages, and between villages have been great to see and it has been wonderful for our new villages in creating an atmosphere and bringing people together.”
The swimming was one of the Olympics@Ryman events which also included cycling, relay walking, bowls and quiznastics (gymnastics for the brain).
The aim was to bring together 12,500 residents across 42 villages in New Zealand and Australia to compete in the world’s first international retirement village Olympic Games.
The winners will receive their medals at a special ceremony at Auckland’s Hilton Hotel on Sunday 8 August.