The William Sanders relay walking team has won gold in the inaugural Olympics@Ryman event.
News of their momentous win came in just hours after they finished their last lap at the AUT Millennium Centre on Friday.
The walkers crossed the finish line with a time of 3:01:33, more than four minutes ahead of the next team, and with an average pace of 7.13km/hr.

The William Sanders team, consisting of Eric and Glynne Cockerton (captain), Peter Stewart, Janice Letica, Sherilyn Hurman and Clive Sinclair, celebrated together in the village lounge on hearing the news and marvelled at their success.
“It’s just brilliant,” said Eric, who admitted he’d already changed into his ‘jarmies’ with his feet up when they were called back to the lounge.
“Credit must go to our captain Glynne who rallied us right from the start.
“We realised that we had to go all out and not just go at the pace set by the other teams there today as there were others racing that could have been going faster.”
Glynne said the whole experience had been ‘so much fun’ and she thanked the other competitors for being ‘amazing’. 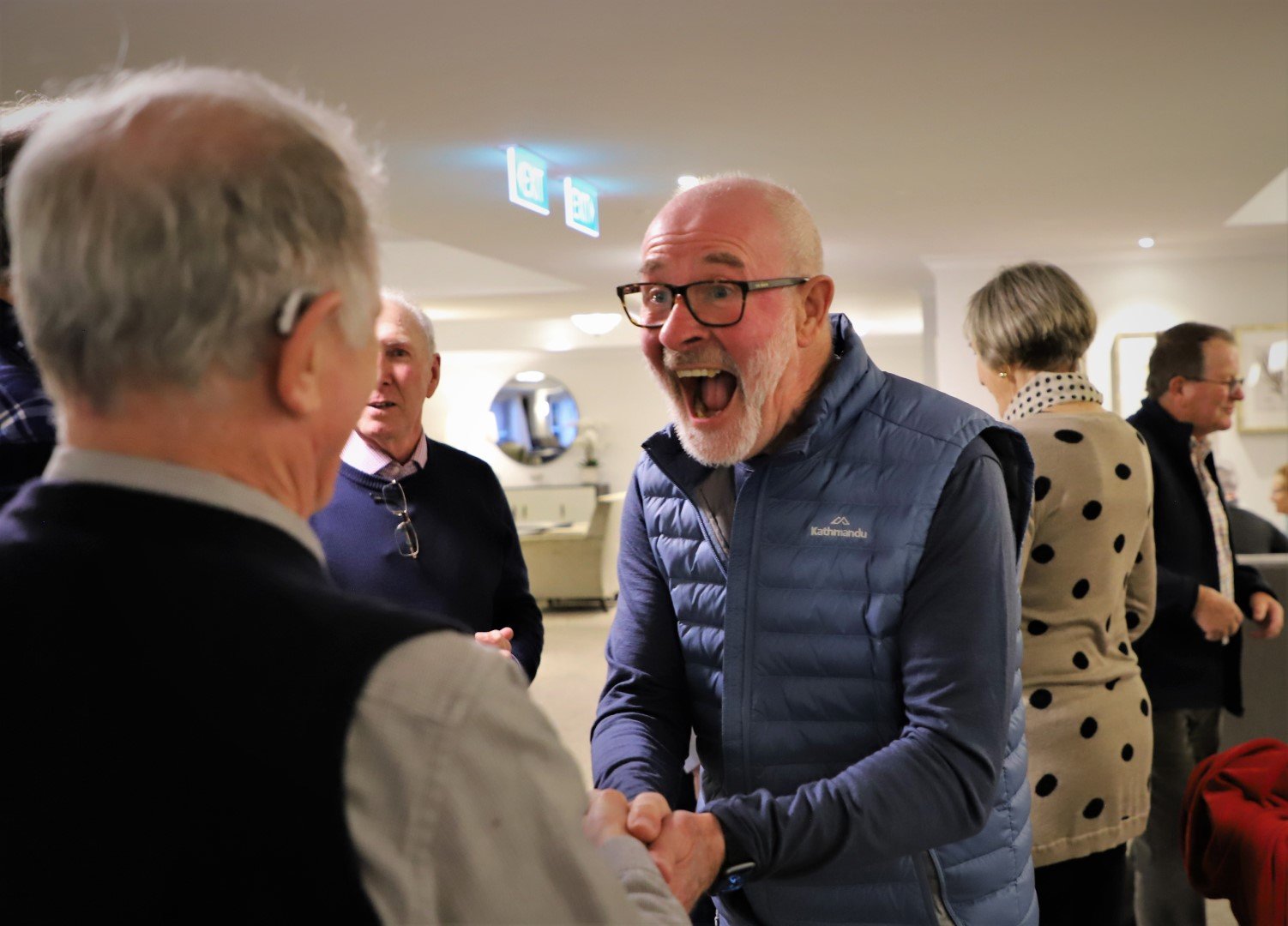 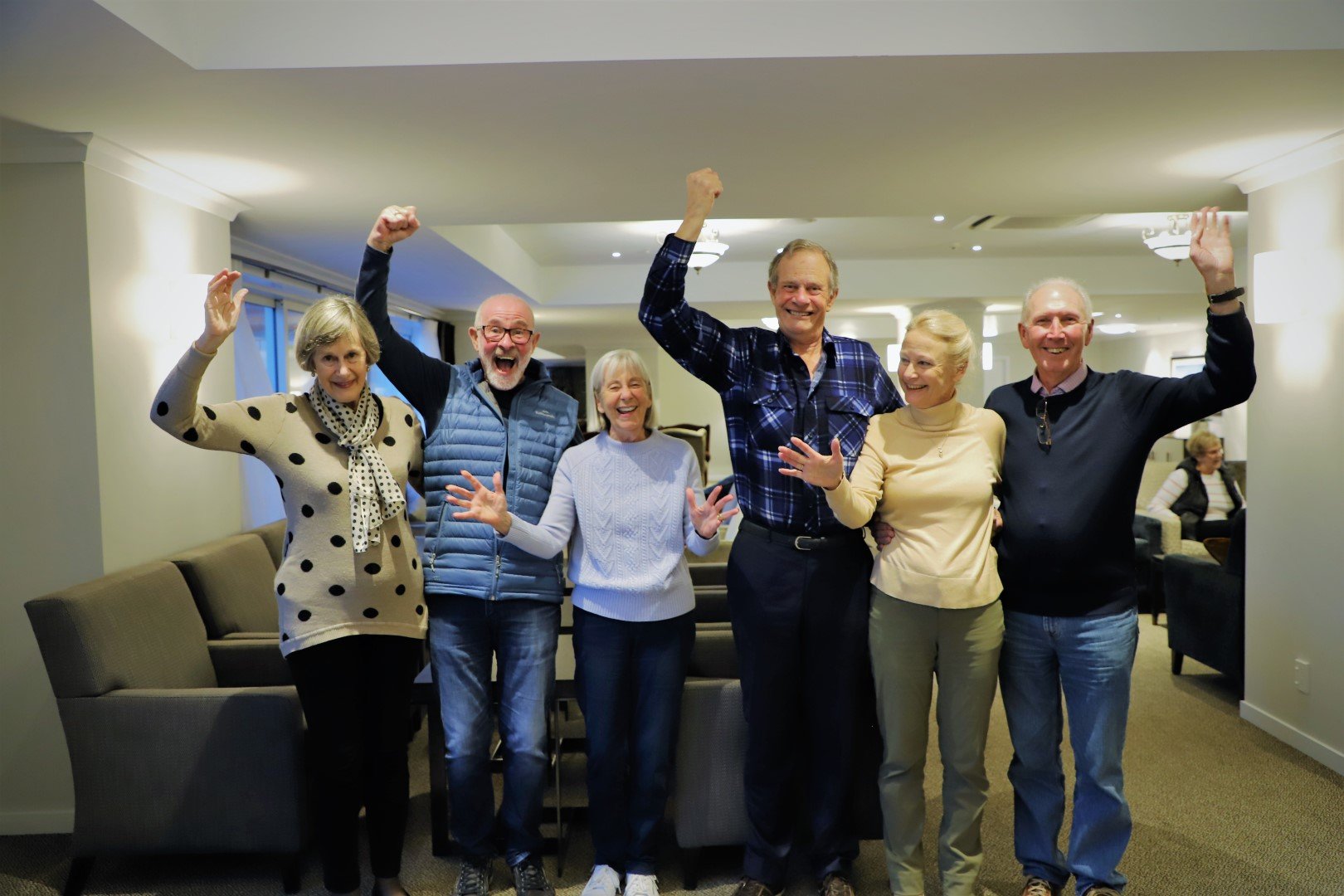 When they got the call from their teammates to come to the lounge, they thought the good news was because they had beaten the other three villages that day, she said.
“But as we walked in everyone just erupted with the news of the gold medal. There was so much hugging and jumping around that it took a while for everyone to settle.
“I can’t tell you what a thrill the news was! Who would have thought that at our age we had won a gold medal for a race!!”
She added: “Ryman really do provide so many opportunities for fun and it certainly keeps us young!”
The relay walk finals were held over three days around New Zealand with groups of Ryman villages walking at various different venues.
Each team member walked three lots of 12 laps to cover the total distance of 21.6km at the venue on Auckland’s north shore.

Peter gets kitted out for his set of laps

After completing their laps, the walkers would return to their team for the changeover of bumbag and fitbit, the smoothness of which could also affect the times.
Five Auckland villages walked against each other at the AUT Millennium Centre on Thursday followed by William Sanders, Bert Sutcliffe, Evelyn Page and Logan Campbell on Friday.
In total, 30 Ryman villages entered a team in the relay walking event. 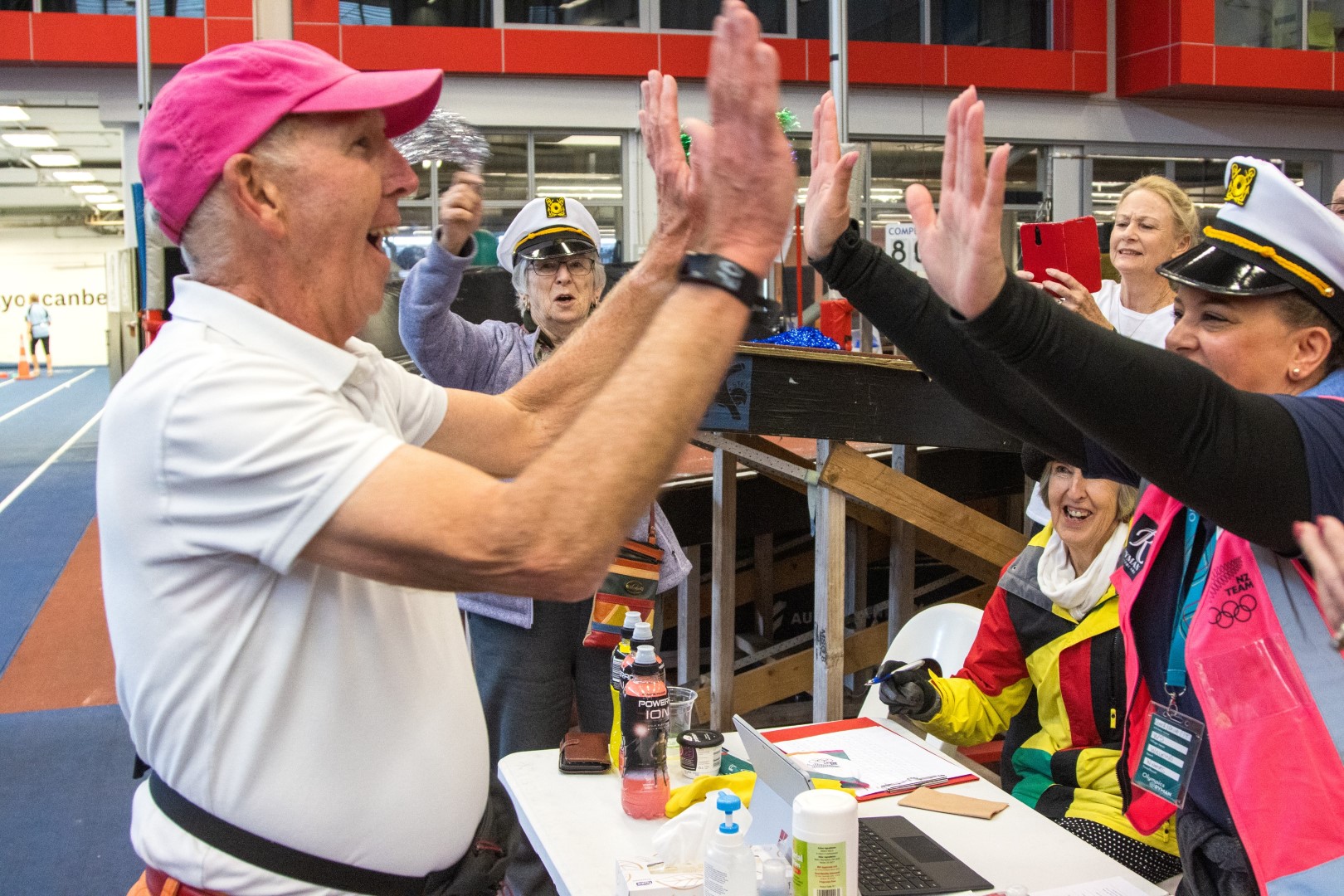 Glynne believes there were two things in particular that were behind their win.
“I think the secret to our success was that we were all so supportive of each other both on the day and during practice time and we accepted that we may not win but it had been fun having a go. One supporter did comment that we were all kind to one another and I’m sure the other teams were exactly the same.
“And our supporters were crucial to our win as we heard their yells of encouragement – although it was tricky after ten laps to ‘go faster’ like they were yelling,” she laughed.
“The best outcome for us is that we have made lovely new friends with people we would probably never have connected with apart from a wave across the lounge in passing.” 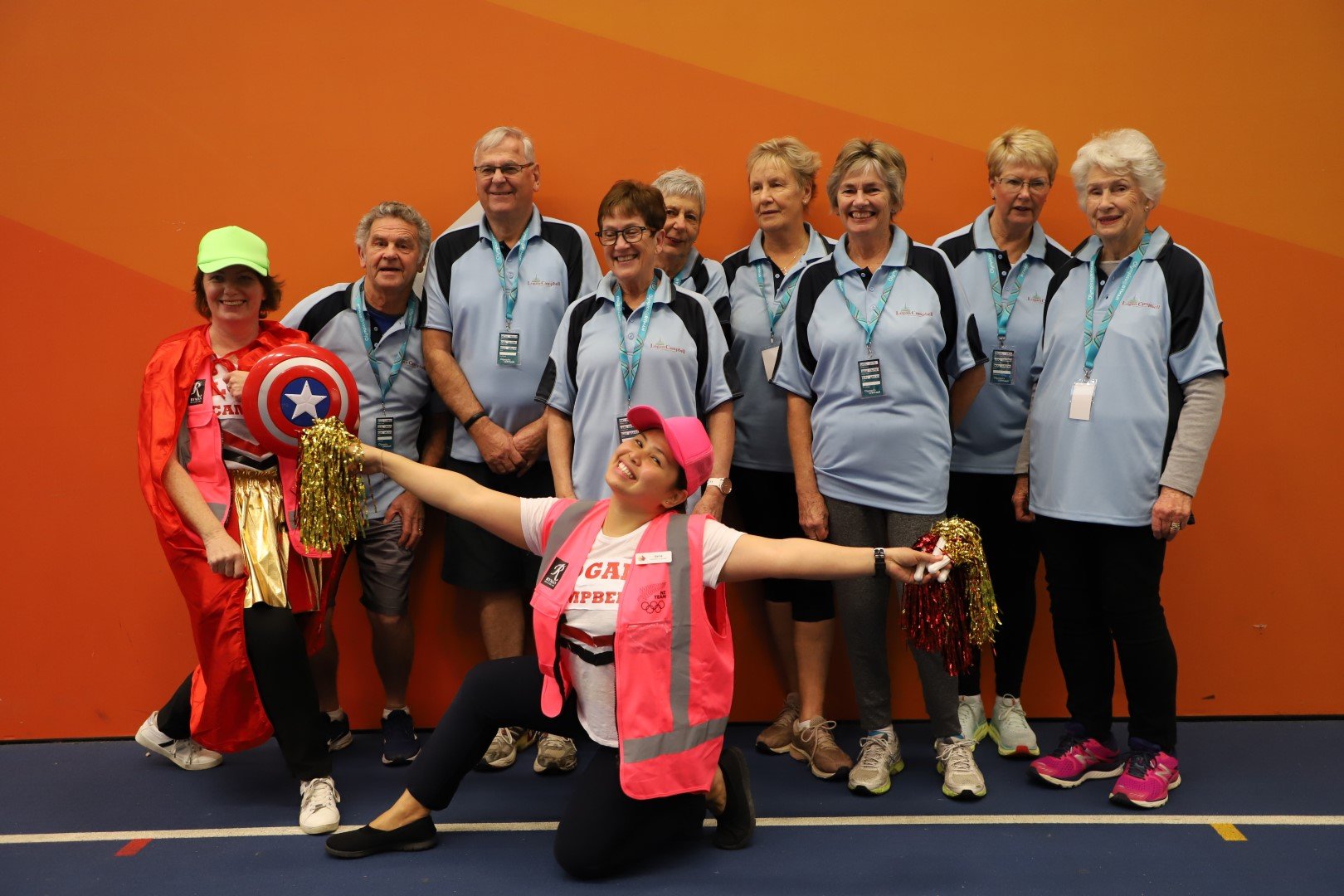 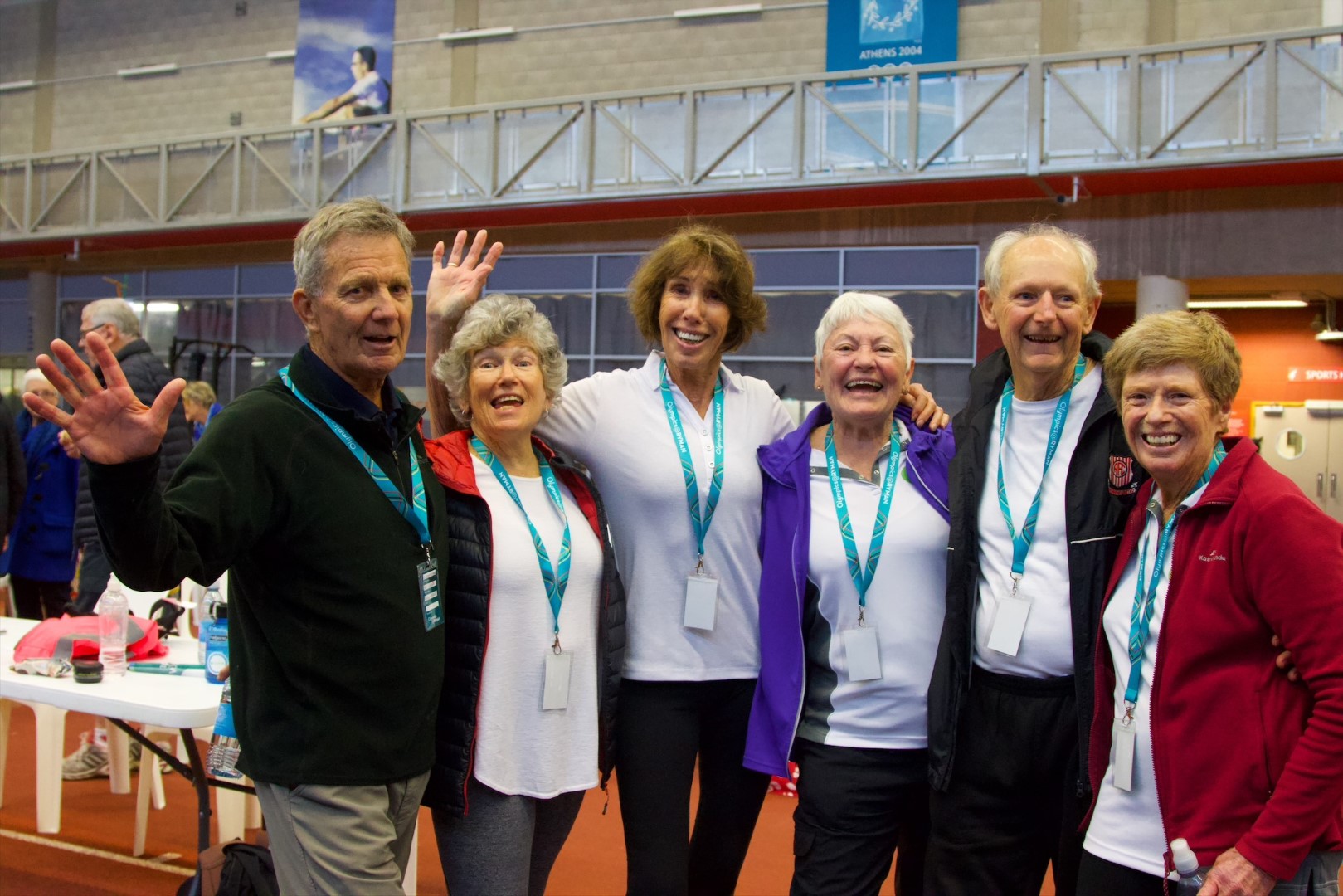 Greenlane’s Logan Campbell Retirement Village won the silver medal with Hamilton’s Linda Jones winning bronze.
Birkenhead’s Bert Sutcliffe just missed out on bronze by two seconds!
Logan Campbell Village Champion Rebecca McMillan credited the William Sanders team for helping them achieve their result.
“I think they are the reason we got silver, by setting the pace,” she said. “I was so stoked for our team because it was completely unexpected.”
The winners will receive their medals at a special ceremony at Auckland’s Hilton Hotel on Sunday 8 August.