Logan Campbell residents were wowed by a stunning new portrait of their village namesake which was revealed last week.
The beautiful oil painting by Craig Primrose QSM was unveiled at a special Happy Hour gathering and was an instant hit with residents and staff alike.
The painting features Sir John Logan Campbell aged in his 80s, with a long white beard, dressed in black standing in front of an image of his beloved Cornwall Park and One Tree Hill.

David King, Ryman’s Corporate Affairs Manager, was at the unveiling to explain why John Logan Campbell was chosen as the village namesake and to talk a bit about his legacy.
The Scotsman, who had trained as a doctor in Edinburgh, arrived in New Zealand in 1840 and immediately took a path towards more commercial and business ventures such as shipping, brewing, timber, newspaper publishing, banking and insurance.
He also made a massive contribution towards public life, serving as an MP and briefly becoming Mayor of Auckland at the age of 84.
Logan Campbell was knighted in 1902 and in 1906 a bronze statue of his likeness was unveiled in his honour.
When he passed away in 1912 at 94 the funeral procession up to One Tree Hill was the largest in Auckland’s history.
“I called Professor Russell Stone, emeritus professor of history at the University of Auckland, who has been researching Logan Campbell since 1964,” said David.
“In his view, Logan Campbell was a highly cultured and intelligent man who was absolutely ahead of his time.
“To the people of Auckland, he epitomised the spirit of the place. He became a significant father figure because he was there from the very beginning.
“By dint of his sheer longevity and influence he became the default father of Auckland.” 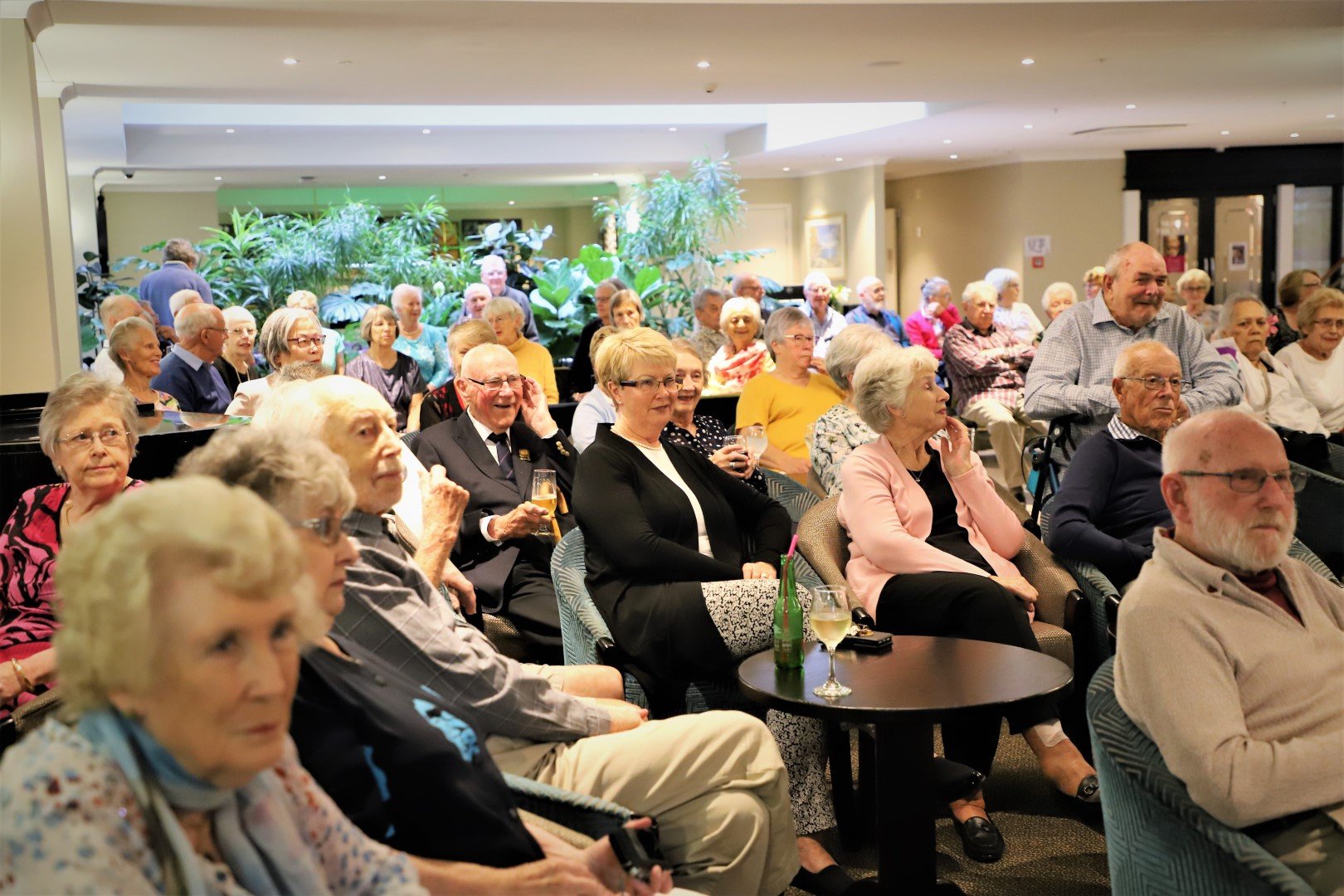 The audience awaits with anticipation

With the village being situated on Campbell Road, the choice of Logan Campbell for a name became a clear frontrunner from the outset.
“Logan Campbell was the red hot favourite when we asked for suggestions,” David said.
“It’s a name that will forever be associated with this area.
“The village is located on Campbell Road and looks out towards Cornwall Park and John Logan Campbell’s final resting place on top of One Tree Hill.”
Because Auckland and its people had been so good to him, Logan Campbell donated the land now known as Cornwall Park for the people of Auckland to enjoy in perpetuity.
The obelisk on top of One Tree Hill was erected to honour the Māori people, a gesture which Logan Campbell felt was important.
“Sir John had enormous respect for Māori he encountered in Tāmaki Makaurau,” David said.
With the Māori population dropping from 100,000 when Cook visited in 1769 to 42,000 in 1896 through disease and war, Logan Campbell felt urged to recognise this loss, which was something he felt acutely, David said. 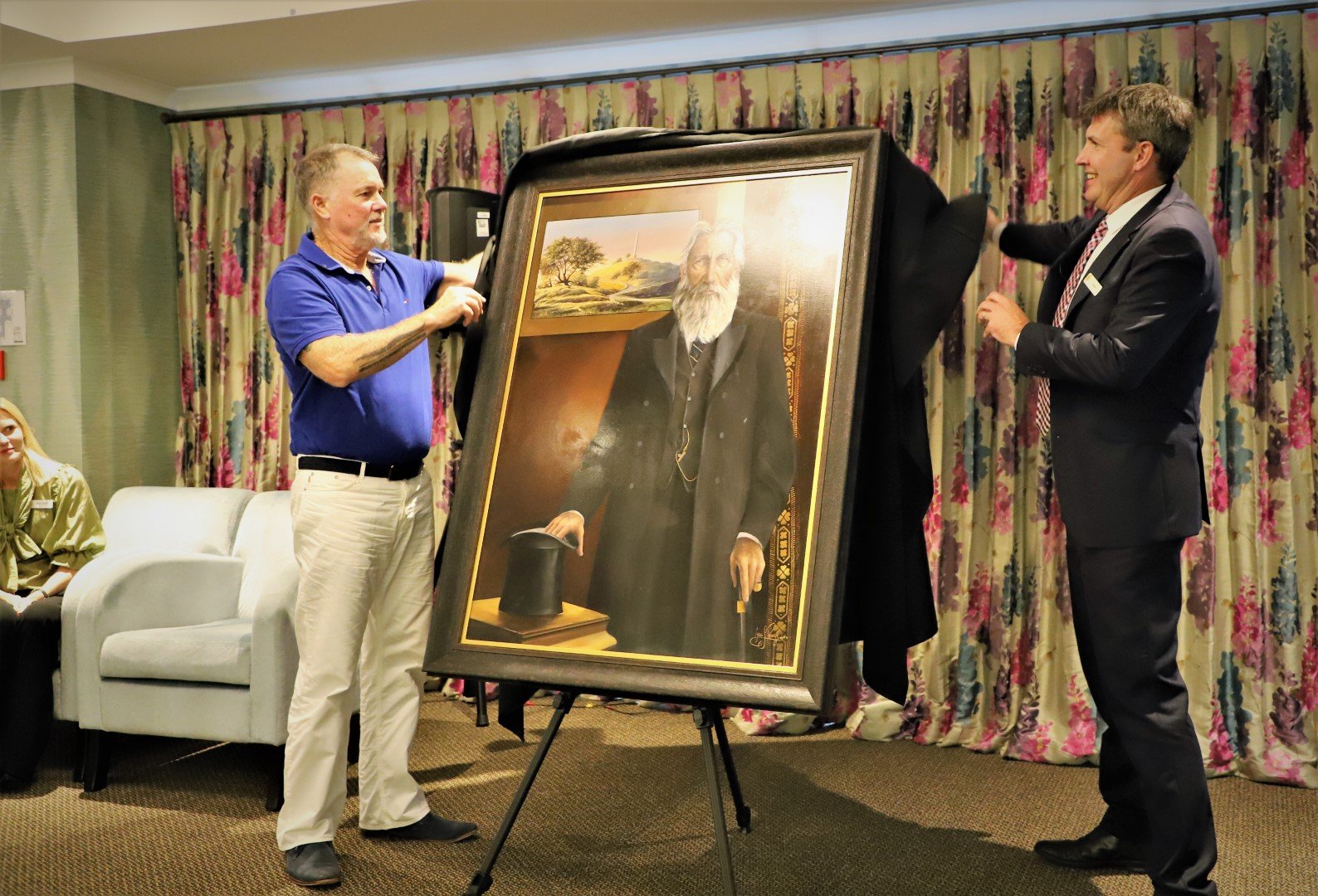 It has become a Ryman tradition to name its villages after incredible New Zealanders and Australians.
Outstanding people such as Sir Edmund Hillary, Bruce McLaren, Dame Malvina Major and Sir Keith Park have inspired the naming of some of Ryman’s New Zealand villages while in Australia, prestigious names such as Sir Edward Weary Dunlop, John Flynn, Dame Nellie Melba and Charles Brownlow have been chosen.
And now, Ryman has started the tradition of commissioning Craig Primrose to produce a beautiful portrait of each of them to be hung in their respective villages.
Craig took questions from the audience on topics which ranged from how long it took him to create his paintings; the inclusion of the tree on One Tree Hill and where would the painting to be hung.
To which the answers were: anything from six weeks to two months, depending on the amount of research needed; there is a small tree featured on One Tree Hill; and an appropriate place in the village’s reception. 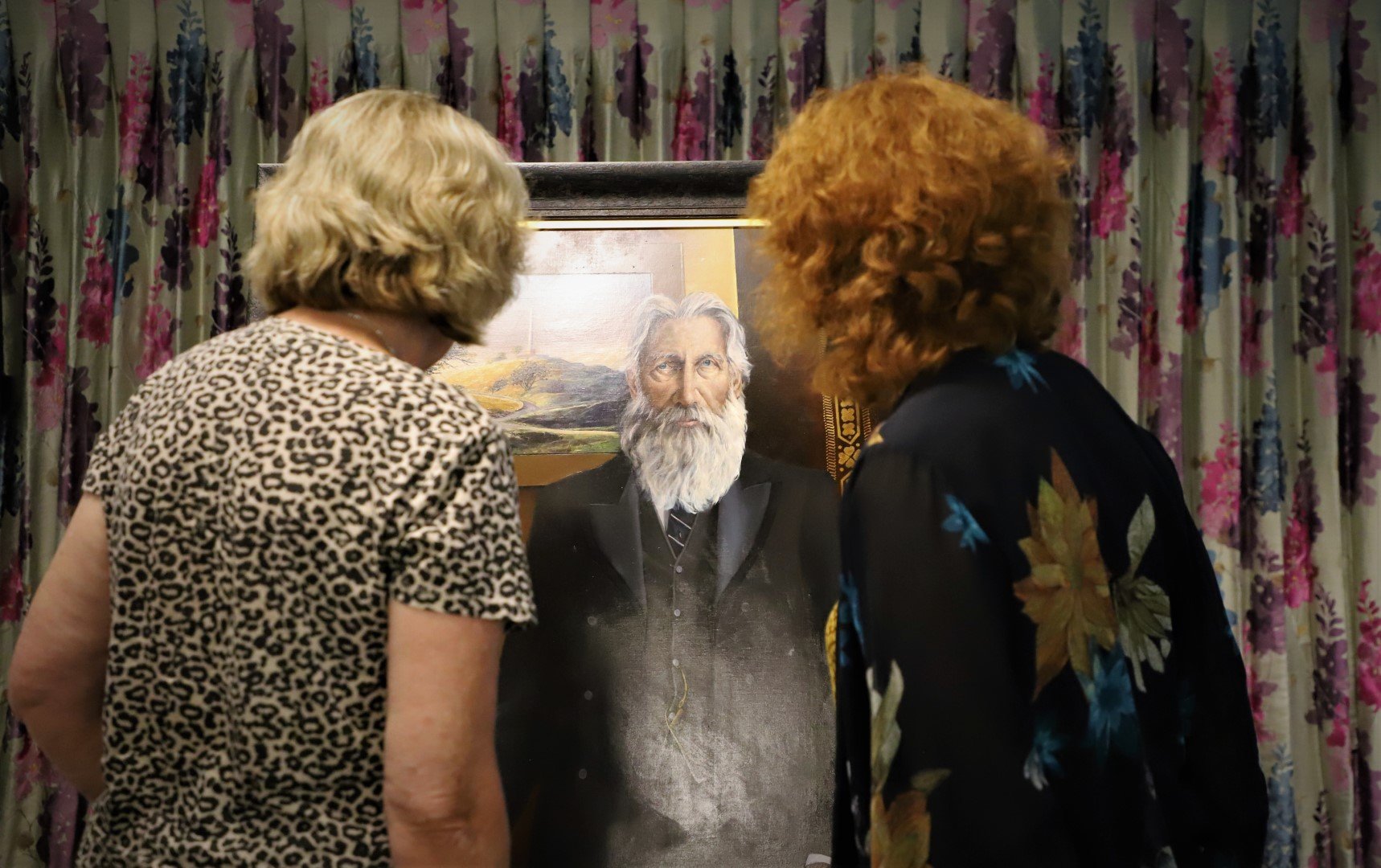