The art works, sewn on to jute mats, have been organised as a fundraiser for RSAs (Returned and Services Associations), The Starship Foundation and NZ Warbirds, Charles Upham Sales Advisor Tracy Blackadder says. 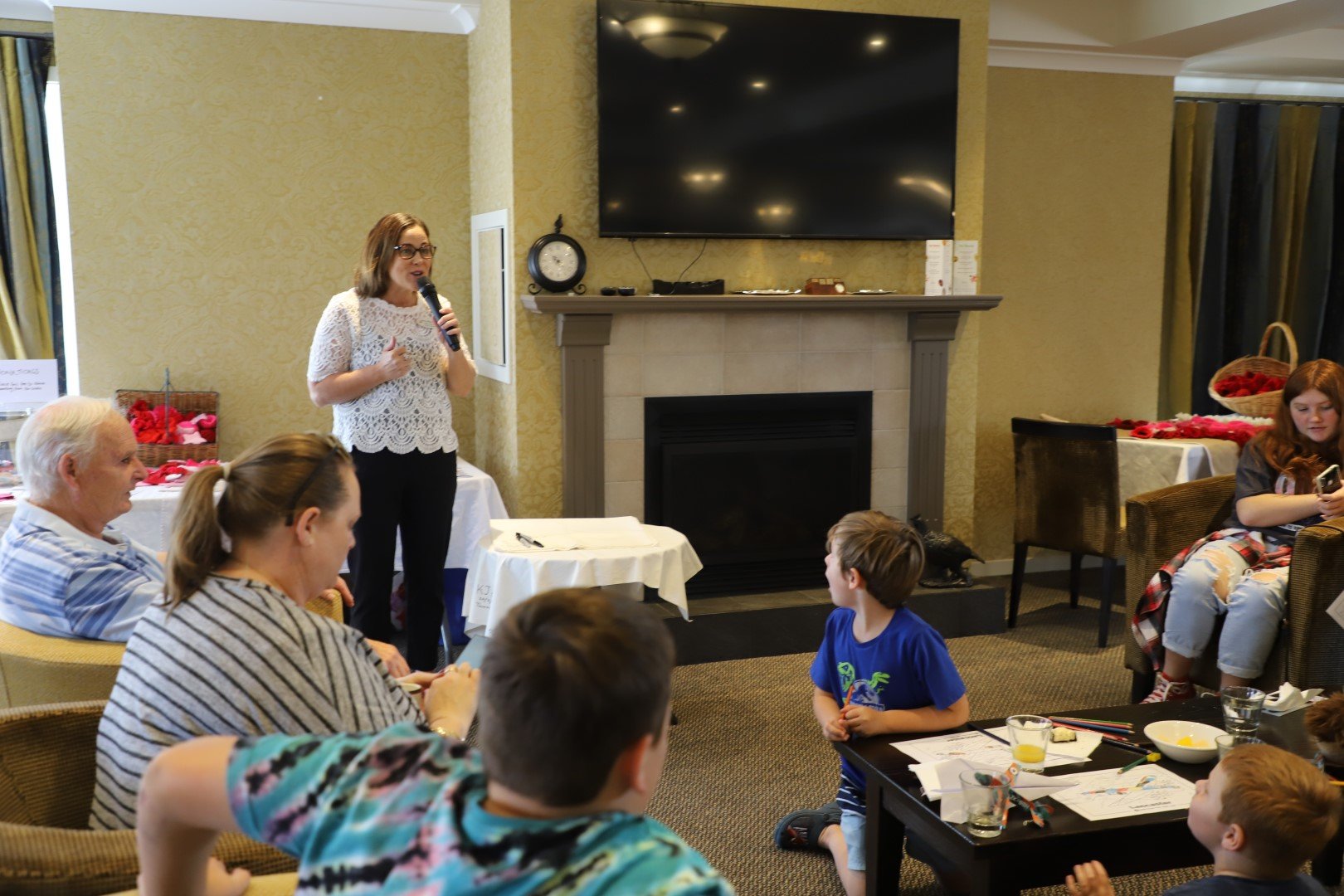 ‘Poppy Flights’ to townships around the country are being organised in order combine the poppy contributions.

The Ryman Healthcare residents have in recent days been adding their crafted wool poppies to the jute, before it is taken further south, first to the Ashburton Aviation Museum then in steps down towards Invercargill. There are 34 volunteer pilots sharing the flight itinerary which will eventually return north as far as Kaitaia and then back to Auckland.

Other knitters, including groups from various Ryman villages, have also been stitching on poppies. “What will happen then is these are sent on to Tauranga, and they’re making one big Star(ship) dress and one big Poppy dress,” Tracy says.

Eventually there will be an Auckland cenotaph fly-pass of the artworks on Anzac Day, and they will later be on display at a Warbirds NZ event.

Independent townhouse residents Val Clark and Ann-Barbara Peacock say their contributions honour those that have served, including family members. Ann Barbara says her father was in the catering side of the services during World War II.

“I had two uncles that went to war, and that’s why I joined the RSA too … They were Jim Mattson and Frank Mattson,” Val adds.

Knitters and crochet experts from the resthome and serviced apartments, including Delcie McKenzie and Betty Falls, were also involved in the craft and fundraising efforts. Two visitors to Charles Upham, Janet Pearson and Tina Jackson, added in their knitted poppies. 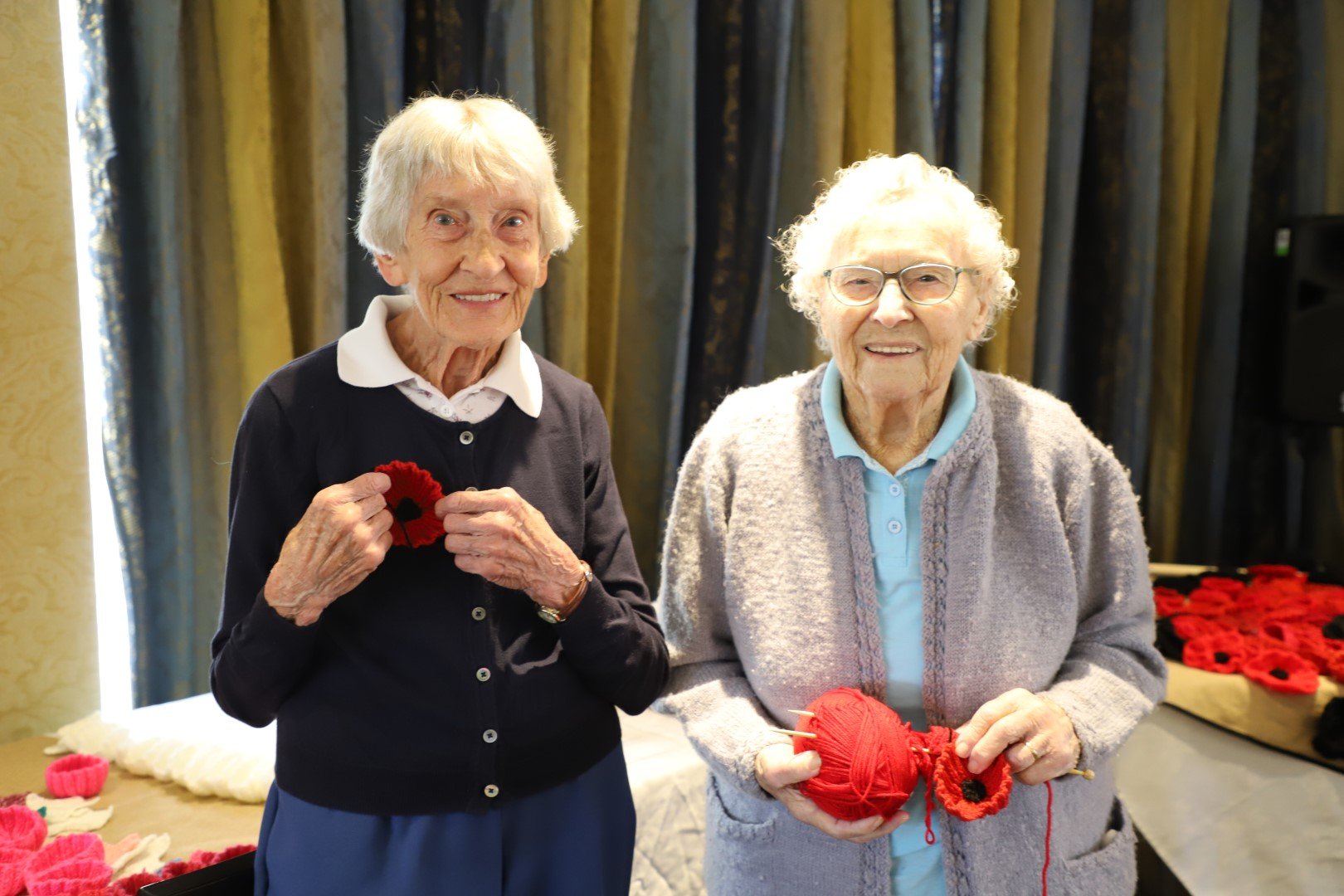 A Charles Upham morning tea was organised to show off the knitted items, and was also an opportunity for other residents to make a donation.