Residents and their family members recently packed out the Logan Campbell village lounge for a highly enjoyable Christmas concert.
The performance ranged list of performance items was delivered by some of the Logan Campbell team, the residents and a few relatives of residents and was truly wide and varied.
Amongst the residents’ numbers were the ‘Senior Senoritas’ dancing to Toni Braxton’s Spanish Guitar, Carole Hawkins reading a comical story about Paddyfoot the cat, the ‘Fallen Angels’ ladies dancing to Stayin’ Alive (see pictured above) and John Davies’ aka Joan Bloggs’ rendition of I Want to Sing in Opera by music hall entertainer Wilkie Bard. 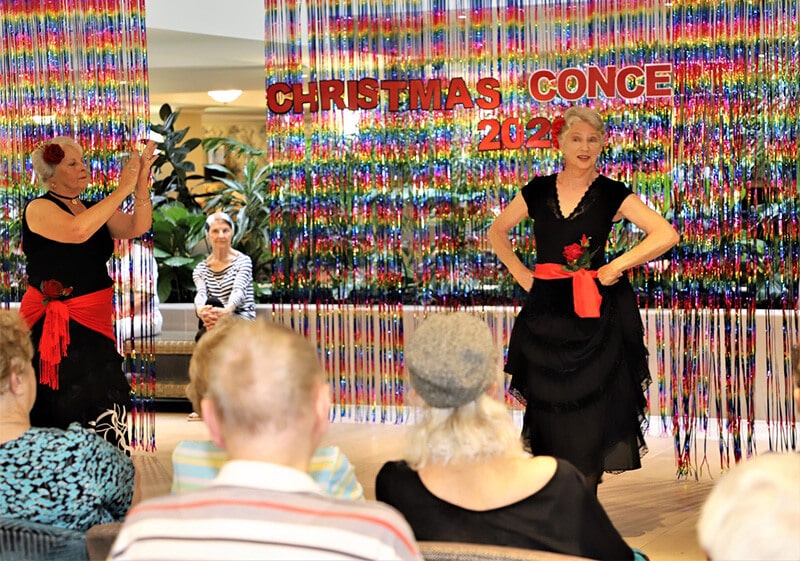 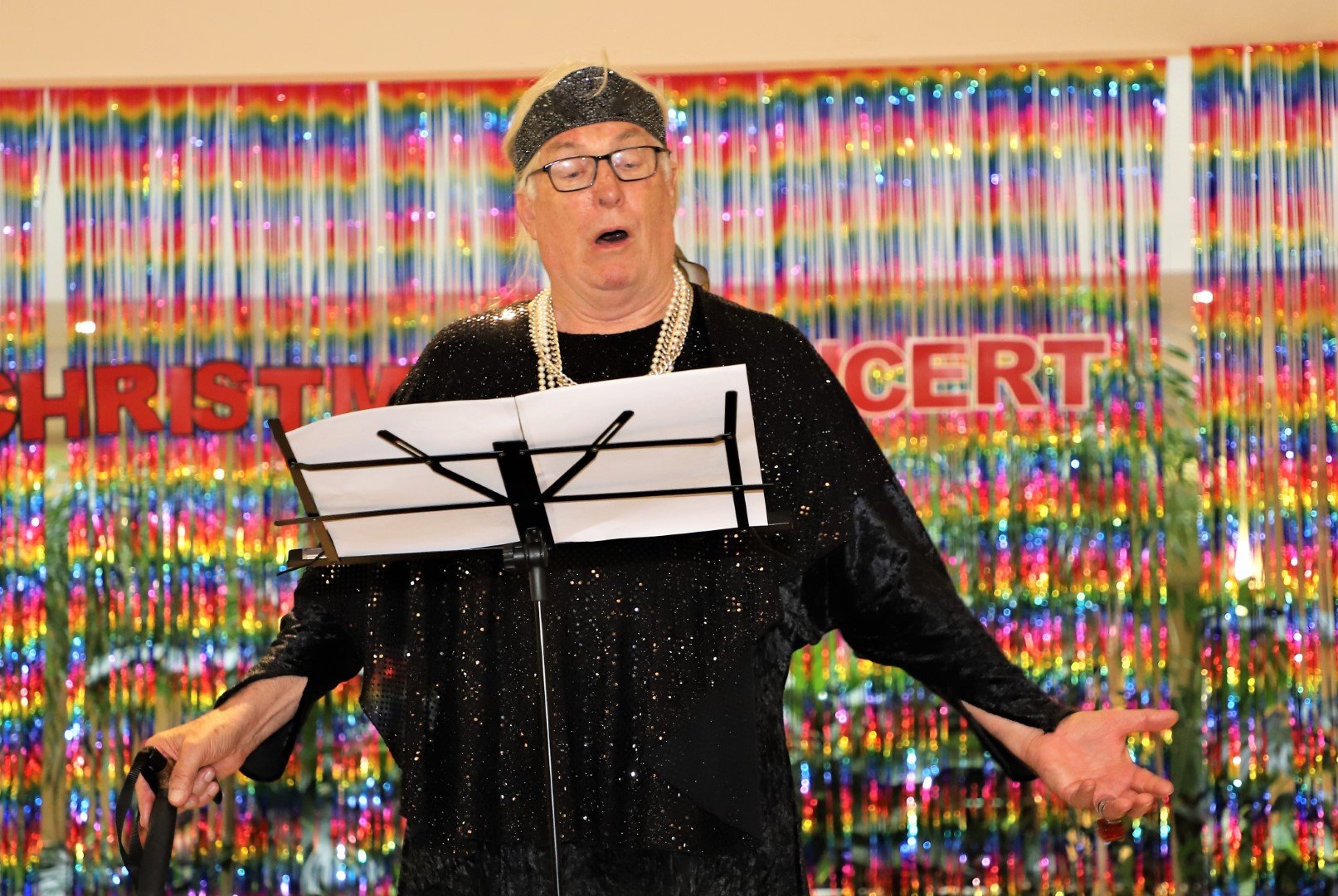 The performances by some of the residents’ talented grandchildren blew everyone away particularly John Davies’ 13-year-old grandson James Moh who played Schubert on the piano and Dr Mairi Sewell’s granddaughter Lydia and her friend Martin who played Handel on the violin and cello respectively. 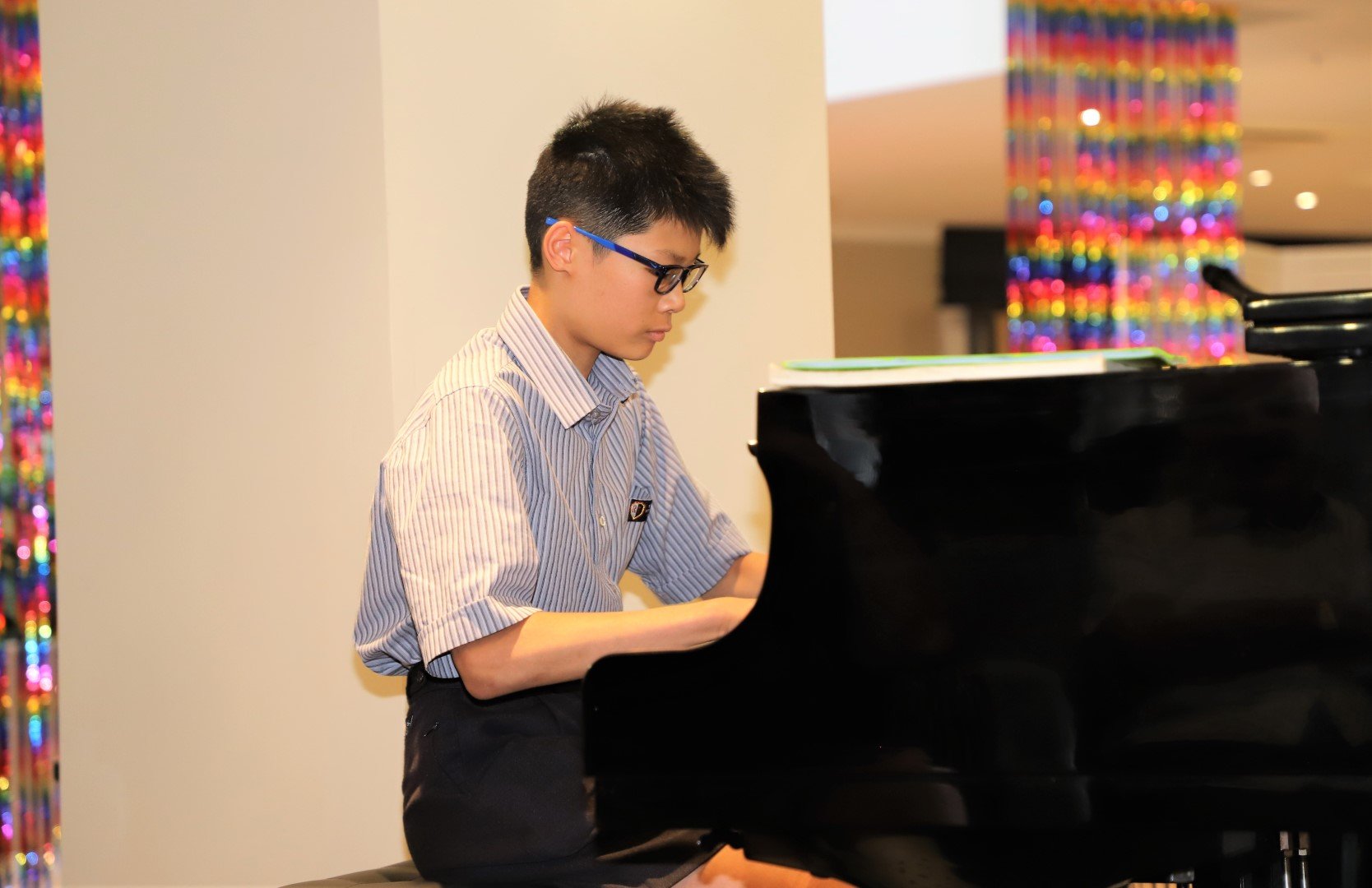 Residents applaud the talents on show 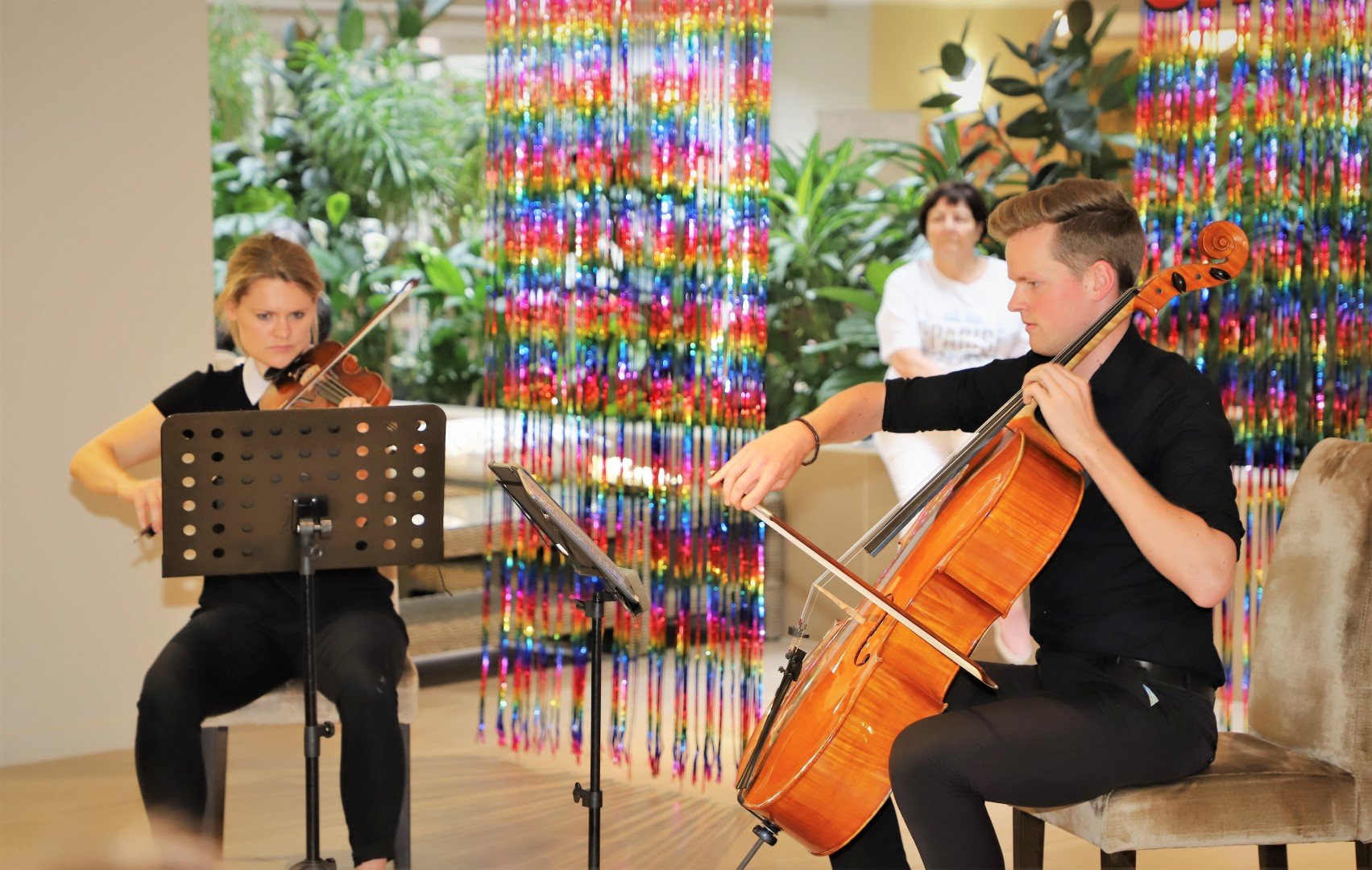 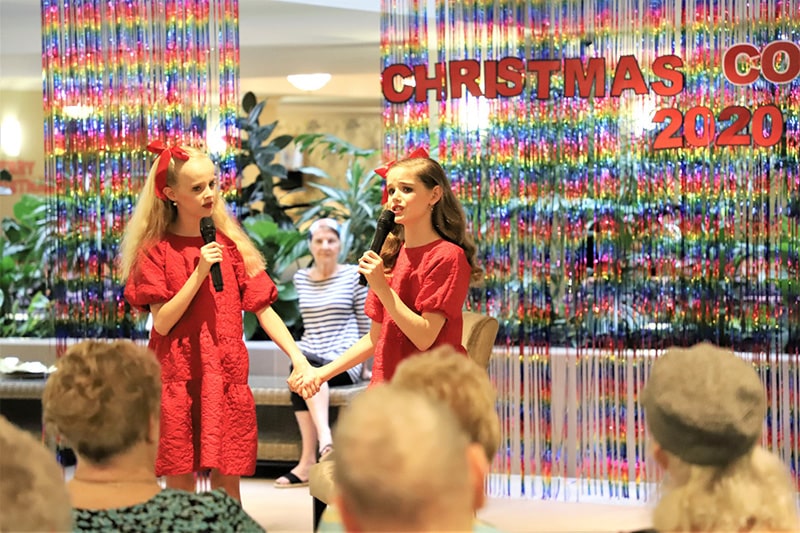 Ophelia and Tallulah perform a duet

Then there were the show tunes and dances by Ophelia Grimshaw-Jones, Emerald Jackson and Tallulah Palmer-O’Brien, all students from the Mt Eden Ballet Academy, who impressed with their both their vocal and physical range!
And to round off the entertainment, former Minister for Police John Banks introduced the Laughing Policemen who performed several skits including their namesake song, The Laughing Policeman, originally made famous by Charles Jolly.

The group is made up of retired policemen, many of whom now live at Logan Campbell, and use the village as the venue for their fortnightly coffee group.
The most senior member, former dog handler Graham Bracey, got a special mention as he turned 90 this week.
Group founder Ian Hastings also paid tribute to former District Commander for Manukau Ted Cox, who performed the laughing choruses with great gusto, and thanked him for his dedication in the many rehearsals.