Back to Ryman news
Written by Sieska Conyngham
on July 06, 2022

Transcribing documents may sound like a tedious task for some, but for one Miriam Corban resident, it has been a labour of love.

During the recent lockdowns, long-time Auckland Museum volunteer Marguerite Durling has been hard at work making some of the museum’s early historical documents, available to read online.

Last week she was honoured for her efforts, gaining the Associate Emerita of Auckland War Memorial Museum award, one of the Auckland Museum’s highest awards. 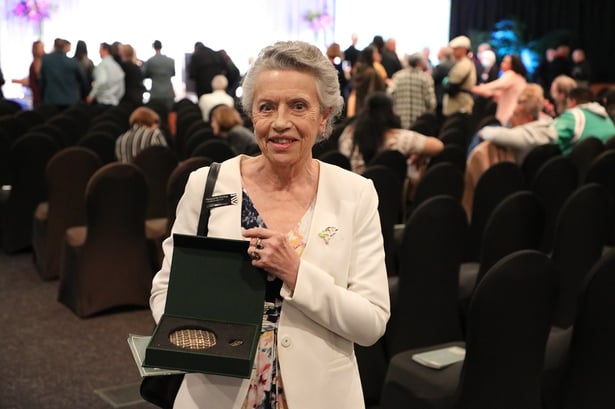 Marguerite with her medal after the awards ceremony.

The sheer number of documents she has transcribed though is enormous, including more than 20,000 records of navy and service personnel between 1920 – 1950, as well as further lists of merchant navy personnel and prisoners of war totalling more than 700 pages.

“There were also letters that soldiers sent home to their families. It put a very personal face to the war. You could tell some of the letters had been written on the road in bumpy conditions and some were very long, as a way of trying to stay connected to their families.

“If they had told me there would be over 15,000 records, I probably wouldn’t have done it! But once I started, I was determined to finish it.”

Marguerite also transcribed the letters and field books belonging to Thomas Cheeseman, an early botanist and curator of the Auckland Museum for more than 50 years. 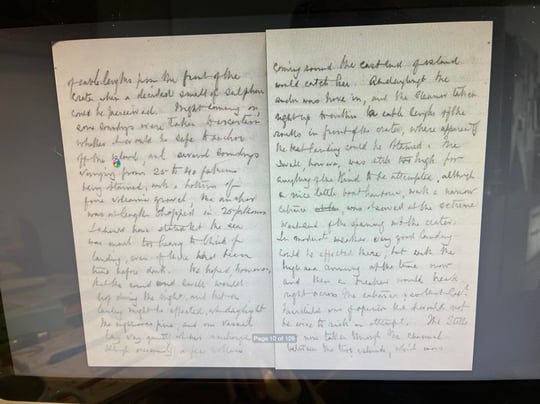 “I ended up buying a New Zealand flora and fauna plant directory from Trade Me, and that helped me a lot as all the Māori plant names were in there too.

"Depending on the length of the individual letter, it could take me a day to finish transcribing each one, sometimes more. His letter books could sometimes hold upwards of 14 letters.

“His sisters occasionally accompanied him on institute day trips as well, writing story books about their adventures which were hilarious to read. It provided a domestic side to life back then on a day out. You can read them at the museum today.” 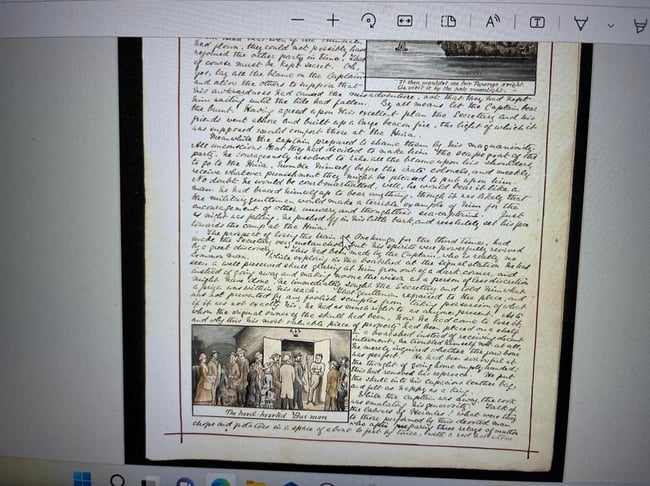 Thomas Cheeseman's sisters had a wicked sense of humour in the stories they wrote. Photo courtesy of the Auckland Museum Collection.

Marguerite’s patience didn’t stop there, as she was asked to tackle 16 of the earliest minute books of the Auckland Museum and the Museum Institute, making them fully searchable online to staff and researchers. 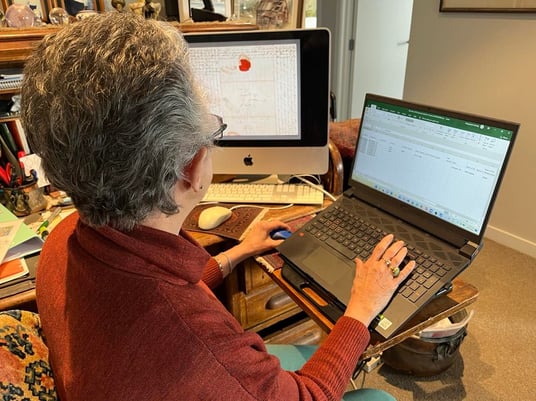 Marguerite transcribed many documents from her living room at Miriam Corban Retirement Village.

Marguerite first joined the museum nearly 20 years ago, but her love for it didn’t start there. Arriving in Auckland in the 1950s, she immigrated from England as a child with her family. On their first day in the city, a Sunday, nothing was open but the Auckland Museum, which they visited, beginning a lifelong interest and association.

Many years later when Marguerite saw an ad in the paper calling for volunteers, she jumped at the chance to get involved.

“In the early 2000s, my mother became terminally ill with cancer. After nursing her I found myself out of touch with people and looking for a way to connect more. The museum provided a great opportunity to do that."

She is still volunteering today and while the Auckland Museum holds hundreds of thousands of documents, a lot of them are still not digitised online.

Not only are these documents sometimes hard to read, but in the 1800s paper was scarce, meaning a lot of correspondence was written in grid-like formations across the paper to save space.

Spending hours a day with two computer screens in front of her, one to read the document, and one to transcribe it, Marguerite has made an enormous contribution to not only the museum but to New Zealand society and future generations to come.

Nearly 3,500 ready-made frozen meals have been donated by Ryman Healthcare to the Auckland and Christchurch City Mission...

Linda Jones has officially opened the Hamilton retirement village named in her honour. The pioneering Kiwi jockey and ca...