Dick Sainsbury’s decades of work in geriatric medicine and watching the sometimes inspiring abilities of older people has led to a recently published book – All Experience is an Arch.

The now retired physician of geriatric medicine not only documents the artistic and cognitive abilities of those facing challenging health conditions but in parallel talks of how poets like Wordsworth and writers like Thomas Hardy have celebrated ‘noble’ older people.

Dick remains deeply involved in helping out older kiwis including being on a Medication Advisory Committee of listed retirement village operator Ryman Healthcare.

Dick says the members review prescribing patterns to assist in reducing medication errors and the unnecessary prescribing of drugs such as tranquillisers and hypnotics (sleeping tablets).

For example, the committee has helped reduce the amount of cholesterol-lowering medicines (statins) administered. These often become less relevant if an older person has multiple health problems.

While Dick, who started as a youngster in the field of geriatric medicine, says there is plenty to think about as one gets older, and classical poets for example both dwell on and celebrate life towards the end of an innings.

For example, in All Experience is an Arch, he relates the story of a despondent Wordsworth (whose fellow-poet Thomas Chatterton has committed suicide) walking across a moor and coming upon an old man waist deep in water, ‘collecting leeches to eke out a humble living’ but in some fine humour despite his hardships. Wordsworth thinks of the old man’s perseverance and resolves to “gain strength from his outlook”, and other of his poems have similar themes.

“He’s described older people who are in really difficult circumstances and yet despite this maintain their dignity, humour and I’ve called it Wordsworth’s Noble Elders.” 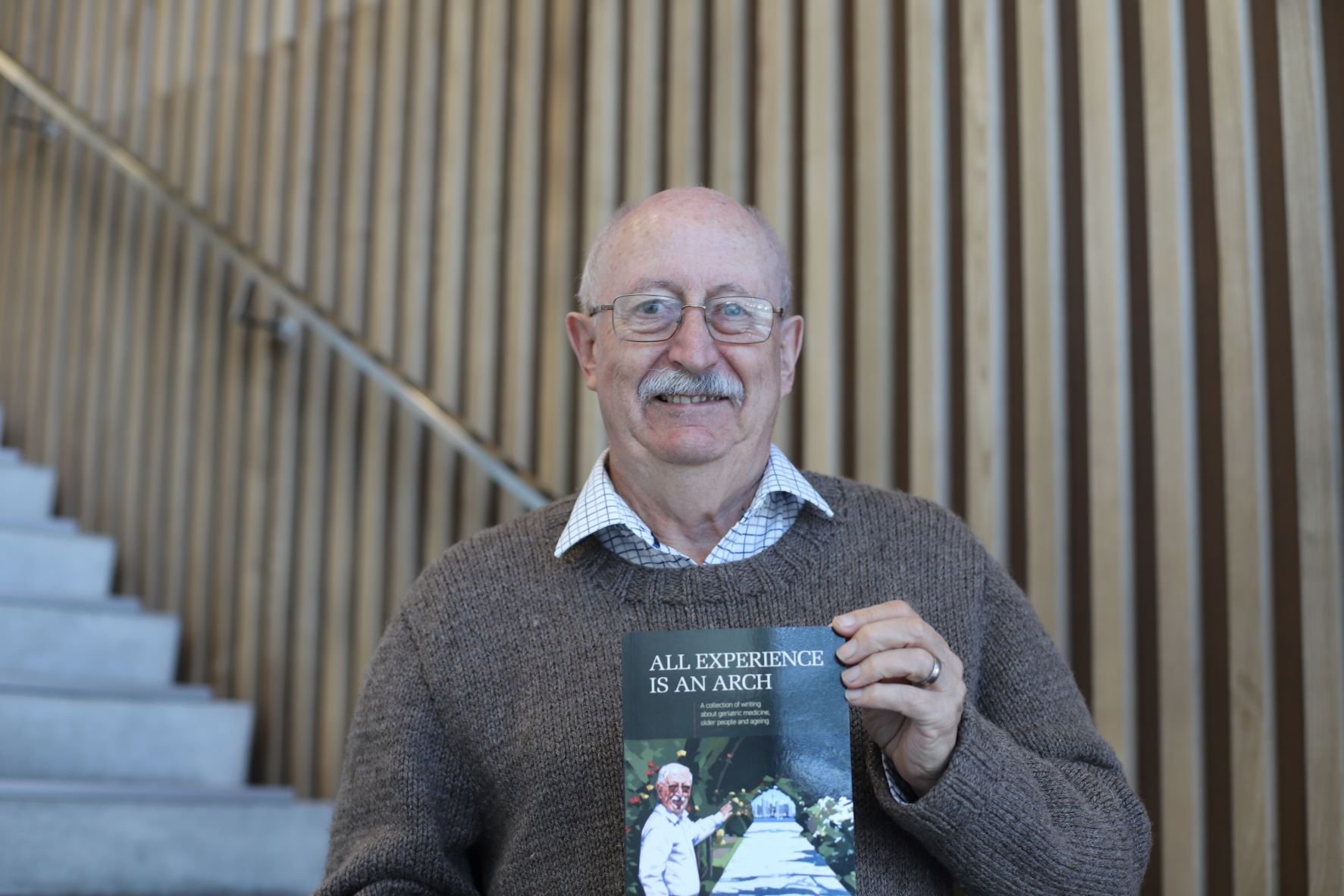 Dick says it was the first COVID-19 lockdown of 2020 that gave him the time and space to concentrate on bringing a book, published in April 2022, to fruition. He is now contemplating an extra print run given that a good number of the initial 500 have been made available through Nationwide Book Distributors and in bookshops like Scorpio, Smiths Bookshop at The Tannery and Leslie’s of Lyttelton.

He was encouraged into the project by former colleague Professor Tim Wilkinson (Deputy Dean for the University of Otago, Christchurch) who noted he already had some written chapters, including ‘The Soap Maker’. This first story about Bill, describes how his patient (with Parkinson’s) handcrafts soap bars and is brilliant at scrabble.

Dick also points to the preceding chapter ‘The Christmas Card’, relating how a hospitalised 81-year-old had created an intricate pencil-drawn version of the Taj Mahal, following a visit to India, for the festive card. The artist had only taken up drawing about 18 months earlier, he adds.

Dick, who lives in the Heathcote Valley, has had his own tales of inspiration. His story of surviving a heart attack on a Sydenham Cricket Club made the national media. The 2006 NZPA/The Press story says: Club president Mike Pearcy told The Press newspaper that a number of doctors from Prof Sainsbury’s team “really got stuck in” in an effort to resuscitate their colleague, a highly respected doctor and academic. Heart bypasses followed, as did changes to his diet and exercise regime, Dick says.

Dick’s book and career has been interspersed with his thoughts on writers’ observations, such as those by Leo Tolstoy, Charles Dickens and Laurie Lee. Thomas Hardy’s book The Woodlanders makes reference to possible changes in the brain tissue impacting memory. This was 25 years before Alois Alzheimer described the silver-staining plaques and tangles in the brain, which turned out to be prophetic, Dick writes.