Maxilyn and Robert Tudman credit their exceptional quizzing skills to over 600 nights spent on cruise ships around the world.

“Onboard we would take part in two quizzes every sea day. We make a note of all the questions that we don’t know, and we learn them.”

And they put this remarkable dedication to effective use last Friday, winning a special happy hour quiz – hosted by none other than the Dark Destroyer Shaun Wallace from The Chase. 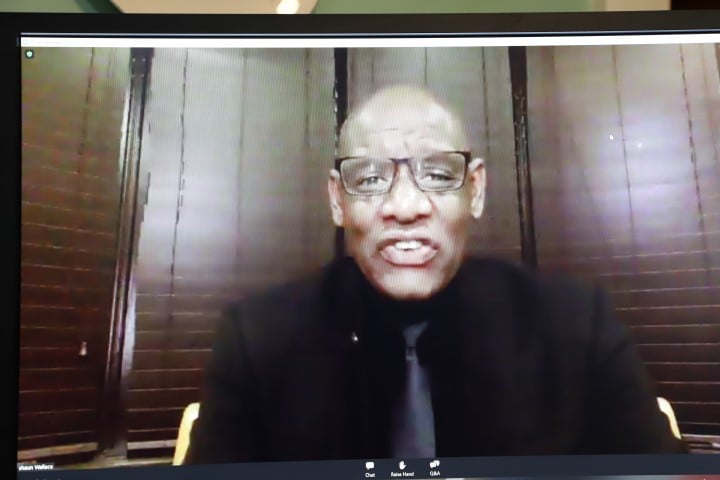 Residents could participate virtually in the quiz hosted by The Chase star Shaun Wallace.

“My husband is really good at geography and history, and I know a lot of the silly and random questions like the fact that William Shakespeare was born and died on the same day,” says Maxilyn.

The third round was geography and boasted questions such as: How tall is the lemon and Paeroa bottle and the Ohakune carrot? And what is the biggest town between Timaru and Dunedin? 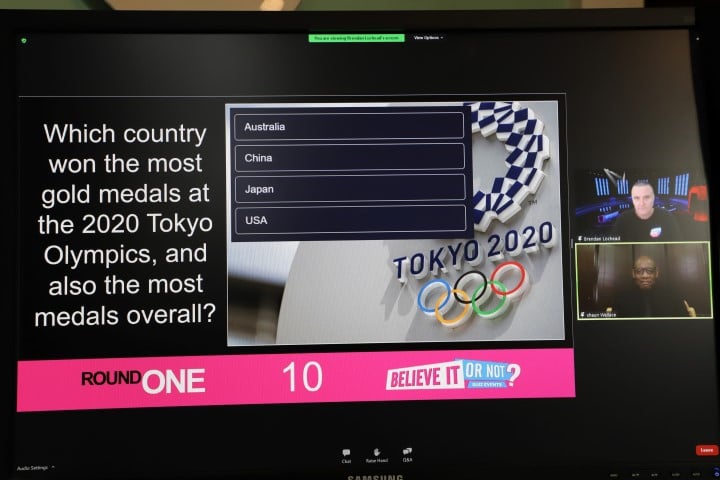 One of the questions posed on-screen for participants to answer.

The last two rounds were food and drink and history asking questions like – Who is the face of Whittakers chocolate? And how many wives did Henry VIII have?

While Maxilyn and Robert clearly won the quiz with a score of 43/50, it came down to a nail-biting tiebreaker at the end for both Sandra Wade and Grace Joel vying for second place.

The question for the tiebreaker was: What year did Ivan Mauger win his first world speedway champs? Sandra won guessing the closest at 1965 with the answer being 1968 – leaving Grace Joel in third place.

While Maxilyn and Robert may have won the coveted first-place prize, they have other plans for it.

“We won Shaun Wallace’s book! However, we will have a flick through it then donate it to the William Sanders library,” says Maxilyn.

This quizzing duo has no plans to stop either, taking part in every quiz they can to boost their skills, recently competing in the Olympics@Ryman quiznastics team for William Sanders.

“We didn’t do so well in the Olympics quiz. Those questions were much harder than the ones on Friday! But we do all the village quizzes to try and boost our knowledge.”

And they think they couldn’t be in a better place.

“Look at all the activities around you here and you have company wherever you are. We can’t get over the number of friends we have made. Robert likes participating in everything, so we are in the right place!

Maxilyn added that she feels right at home living at William Sanders Retirement Village and is looking forward to lockdown ending so they can return to activities in the village centre.

“Living here is like living on a cruise ship!”

Queen’s hit ‘I Want to Break Free’ made for a fitting first song to start a special Freedom Day outdoor concert for resi...

The Great Ryman Bake Off Finalists

In November 2021 we challenged Ryman residents to create a Christmas-themed recipe to put forward for our Great Ryman Ch...

It started out as a way for Mia Bernard to pass the time during breaks at work in the Diner Bolt café at Murray Halberg ...