Anne Lester is no stranger to swimming pools, having started swimming when she was five years old, although her swimming attire was somewhat different back then to how it is today.

The Anthony Wilding resident remembers, “We used to swim in the Hanmer pool, that’s where we learned to swim. We didn’t wear togs though back then!

“Then I swam at Fendalton Primary School, and we had an outdoor pool there, and I did my lifesaving at the Centennial Pool and got my bronze cross.

“I’ve always been a swimmer, and I love it.”

Anne now is taking part in the Olympics@Ryman. The event brings together 12,500 Ryman residents across 41 villages in New Zealand and Australia to compete in the world’s first international retirement village Games.

She has lived at Anthony Wilding as an independent resident for 11 years and loves the village. Having the swimming pool so conveniently close is a bonus, both for Anne and for her granddaughter, who sometimes comes to stay with her, and is also a big fan of swimming.

“Since I’ve been at Anthony Wilding, I’ve got the swimming pool just there,” says Anne. 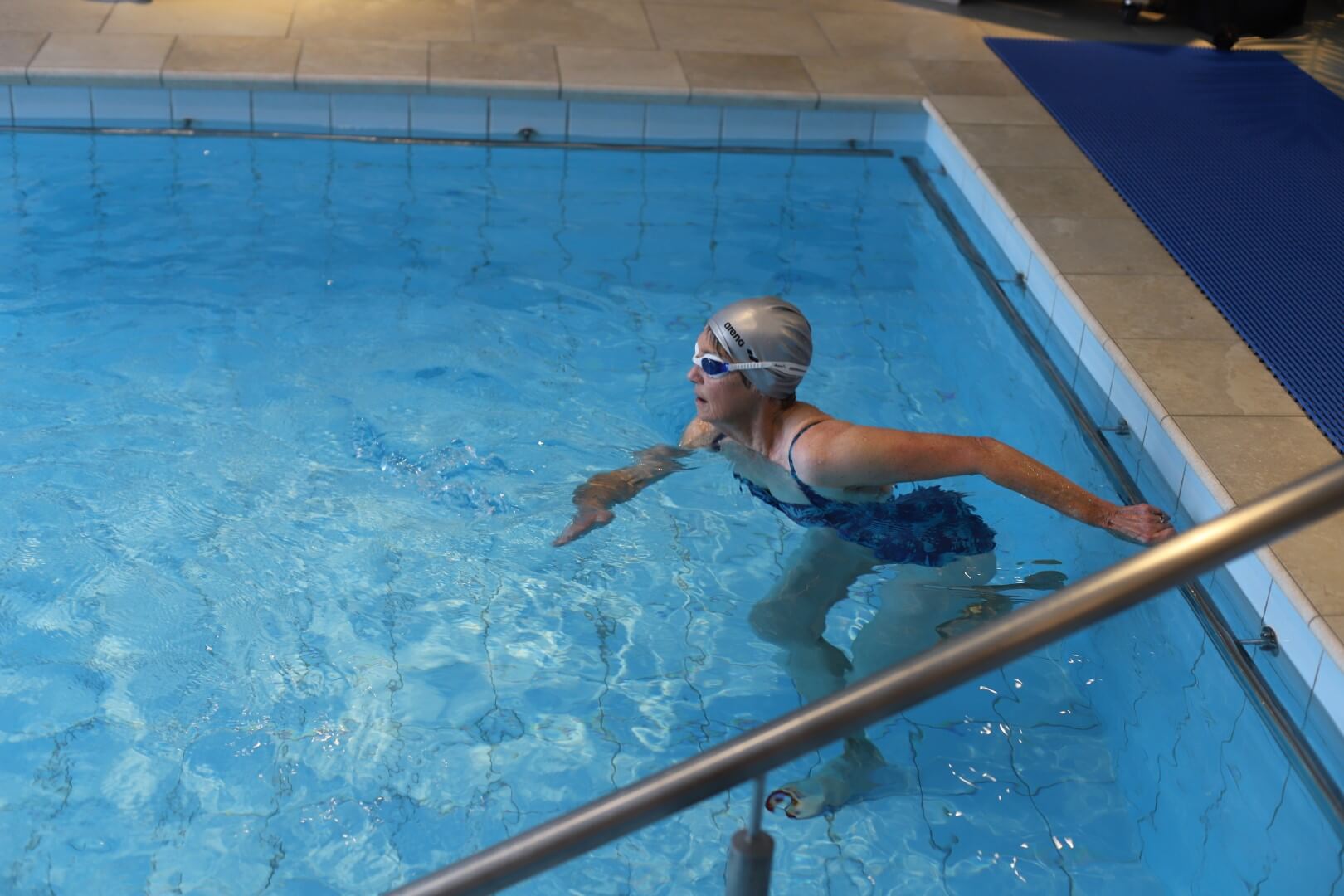 Anne has never swum competitively before. However, she has a self-admitted competitive streak, so we should keep an eye out for her name on the Ryman leader board.

“I find it very exciting. I’m competitive in most things I do,” she says about participating in the Games.

Anne swam an exemplary race at the Diana Isaac pool, but she faced stiff competition from Charles Upham resident Frances Ouwerling, who swam next, all the while smiling and managing to keep her hair dry! 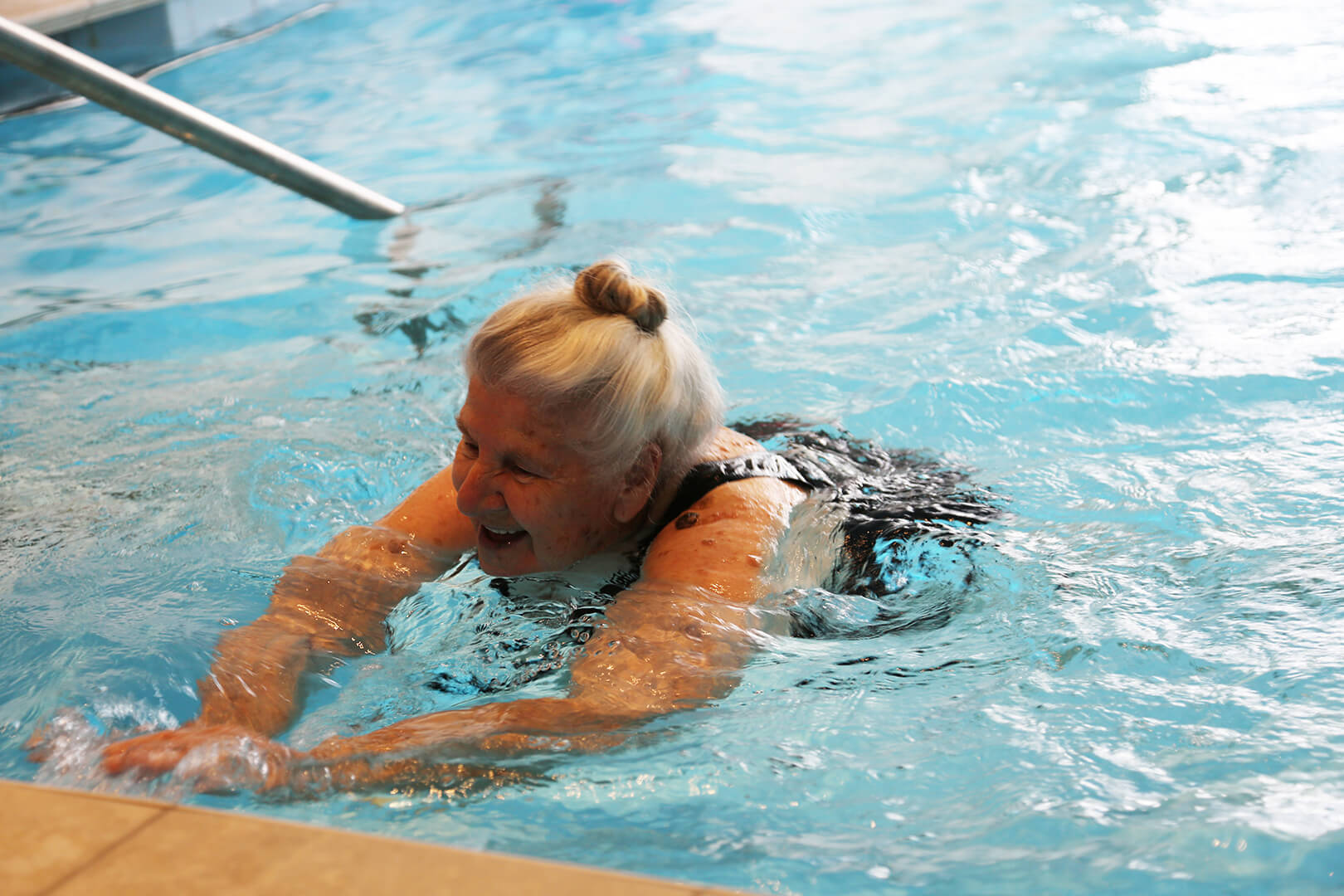 Frances says she never swam as a child, because she didn’t like putting her head under water.

But aged in her late 40s she took up the challenge, urged to do so by a friend.

“I actually found I could do a breaststroke, and I’ve been regular at the baths, wherever I am, ever since,” Frances says.

“I do not swim fast, I only entered this for fun,” she laughs.

Frances and Anne both swam to great applause and encouragement from the Diana Isaac residents who lined up with placards and balloons at the pool edge to cheer them on in the true spirit of Olympics@RYMAN. 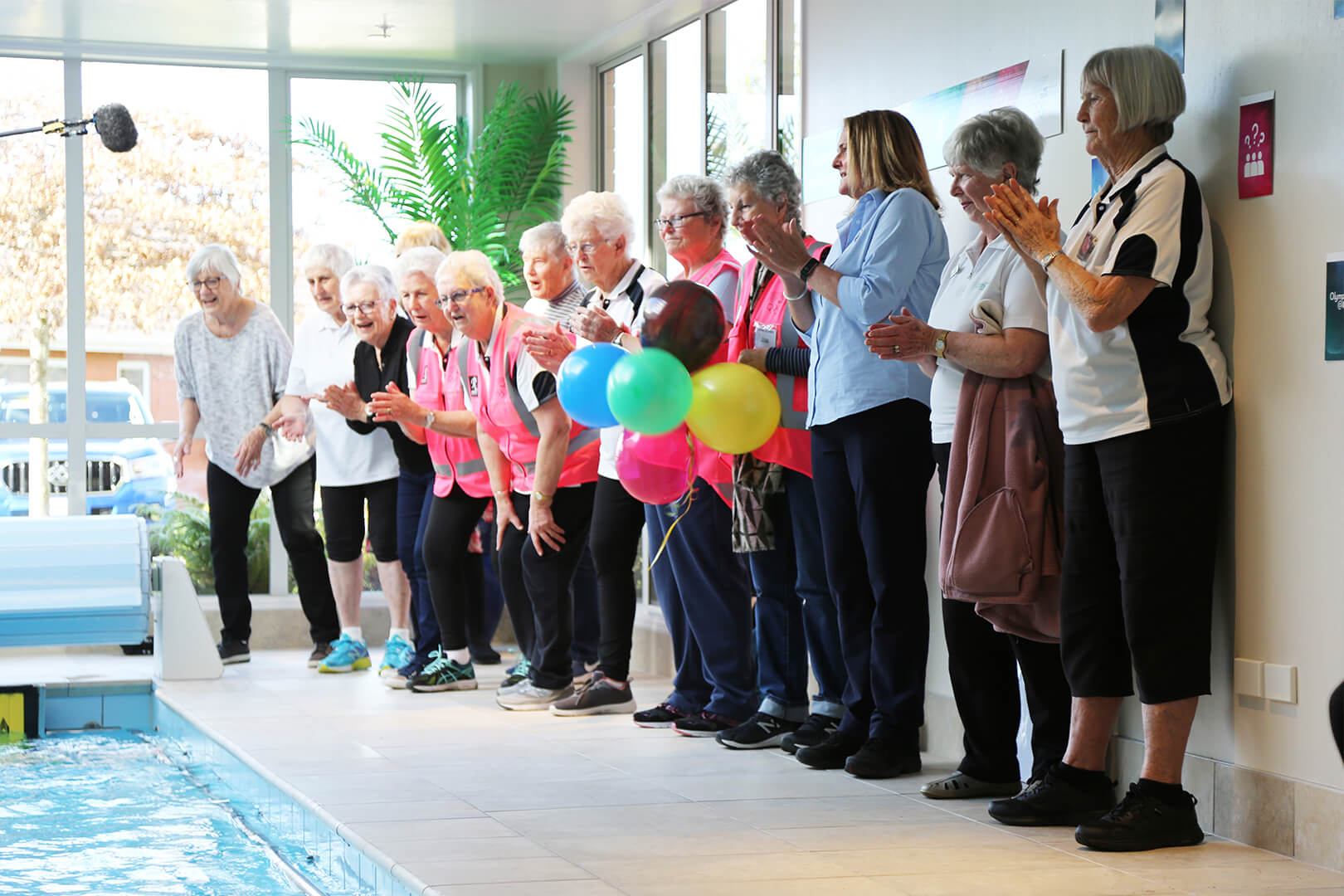 The Diana Isaac support team cheered the swimmers on.