Ryman Healthcare’s very own resident Olympian Barry Magee learned some karate moves from Andrea Anacan, announced today as the first New Zealander to ever compete in karate at the Olympic Games.
Olympic medal winner Barry, who is a resident at Ryman’s Murray Halberg Retirement Village in Lynfield, presented Anacan with a fern to formally welcome her to the Olympic team.
While Barry won a bronze medal at the Rome Olympics in 1960 for the marathon event, he was happy to prove that he can learn some new tricks, with Andrea taking him and the residents and media gathered through some basic kata drills.

Now 87, Barry still offers running advice to aspiring athletes around the world and, having also competed at the Tokyo 1964 Olympic Games, he was quick to offer his advice to Andrea for her time there.
“The Olympics are a rare honour and blessing. There may be laughter, there may be tears, but celebrate the moment and the challenge, the inspiration, the excitement and the adventure.
“I will never forget the feeling of walking out with my teammates at my first games. And remember, once an Olympian, always an Olympian – congratulations!” 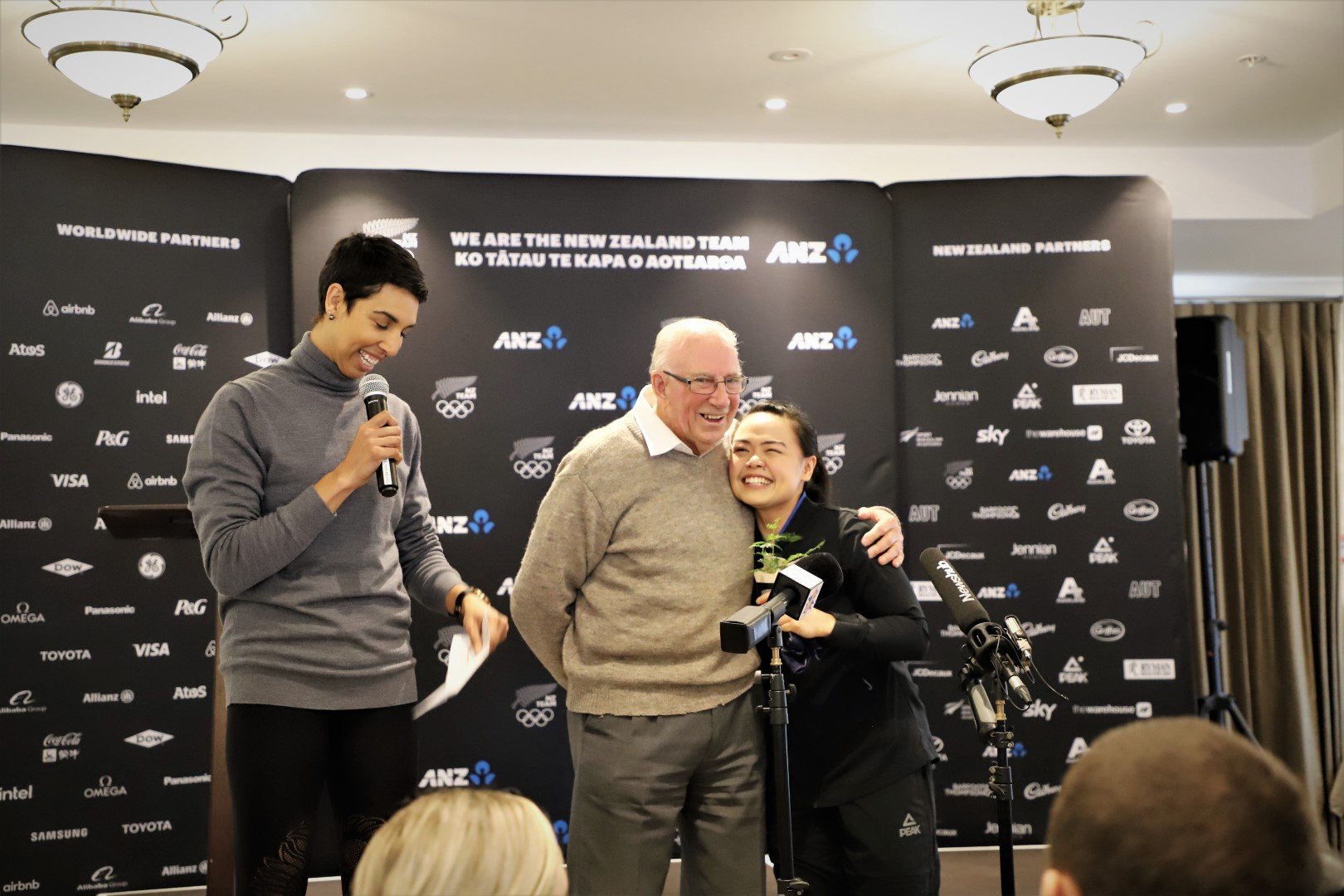 Andrea said she was honoured to represent New Zealand and karate.
“It means the world to me to part of this New Zealand Team,” said Andrea.
“I didn’t ever dream of going to the Olympics when I started this sport, it’s been a bit of a surprise to be honest.
“There’s been a lot of hard work, I can’t quantify the hours that me and my sensei have put in, we never could have imagined this but I couldn’t be more excited.”
Andrea took up karate as a four year old, when her mum offered her the choice of either taking ballet or karate lessons.
She thanked her sensei and her family for their support to get her to Tokyo. 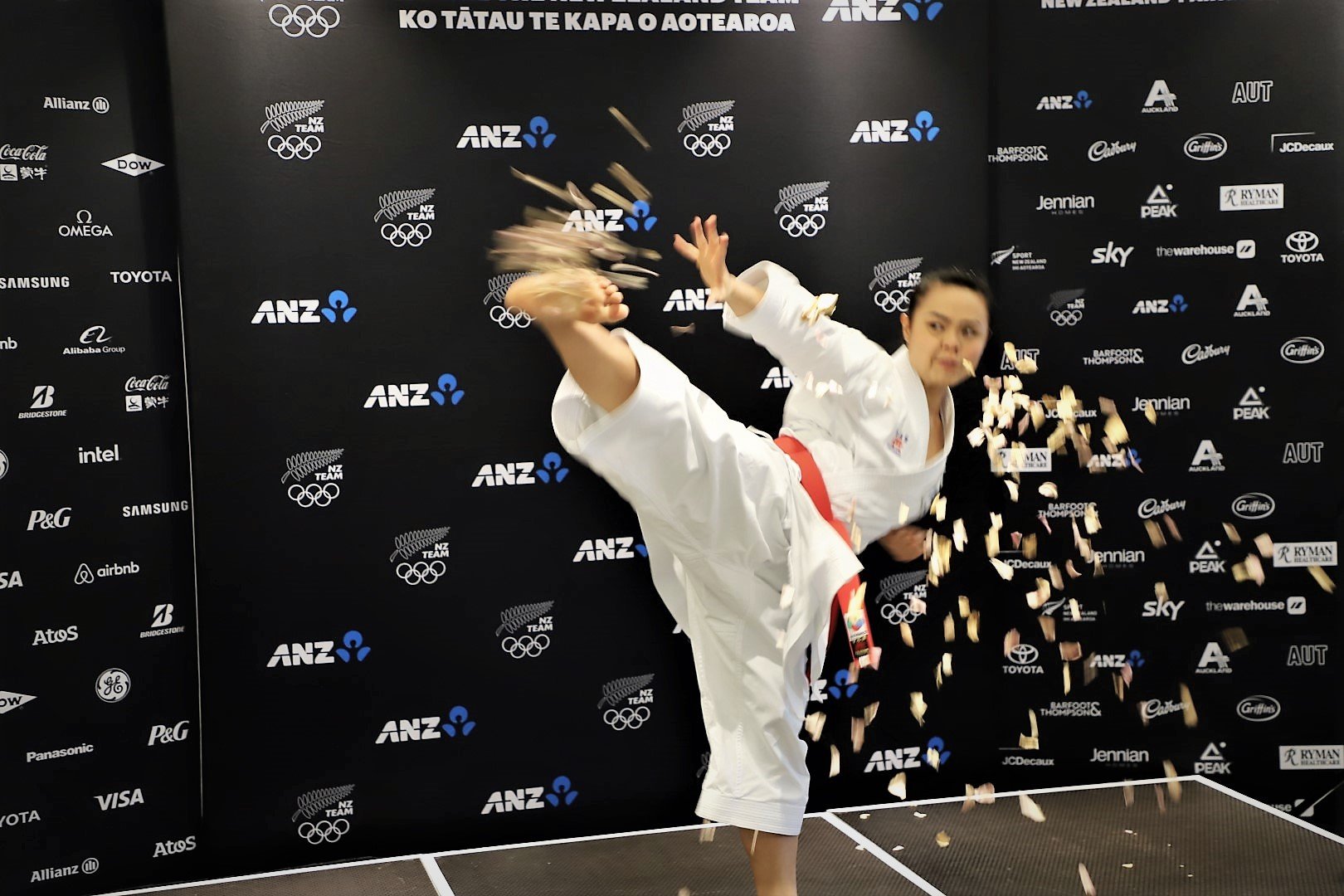 Andrea takes the residents, media and village team through some basic kata drills

The function was hosted at Ryman’s Auckland village named after another famous Olympian, Sir Murray Halberg, following the company’s partnership with the New Zealand and Australian Olympic committees.
Ryman Chief Executive Gordon MacLeod said the aim of the partnership was to highlight the strong support of the whole Ryman community for exceptional athletic achievement at every age and ability.
To do this, he said, Ryman was holding its own ‘Olympics@Ryman’.
“We had the idea that we wanted to bring the games experience to our villages with residents competing against each other in a selection of activities,” Gordon said.
“The aim is to combine the values of friendship, excellence and respect with pioneering new technology to push the boundaries of what is possible and encourage positive ageing and well-being at the same time. Because that’s what we’re all about here at Ryman.”
Gordon said some amazing technologies were being put into use, including artificial intelligence, augmented reality and multi-participant digital connection across time zones.
“We have got more than 700 entries from across 41 locations who will be competing in cycling, walking, swimming, bowls and Quiznastics.
“It’s an exciting time to be a Rymanian.” 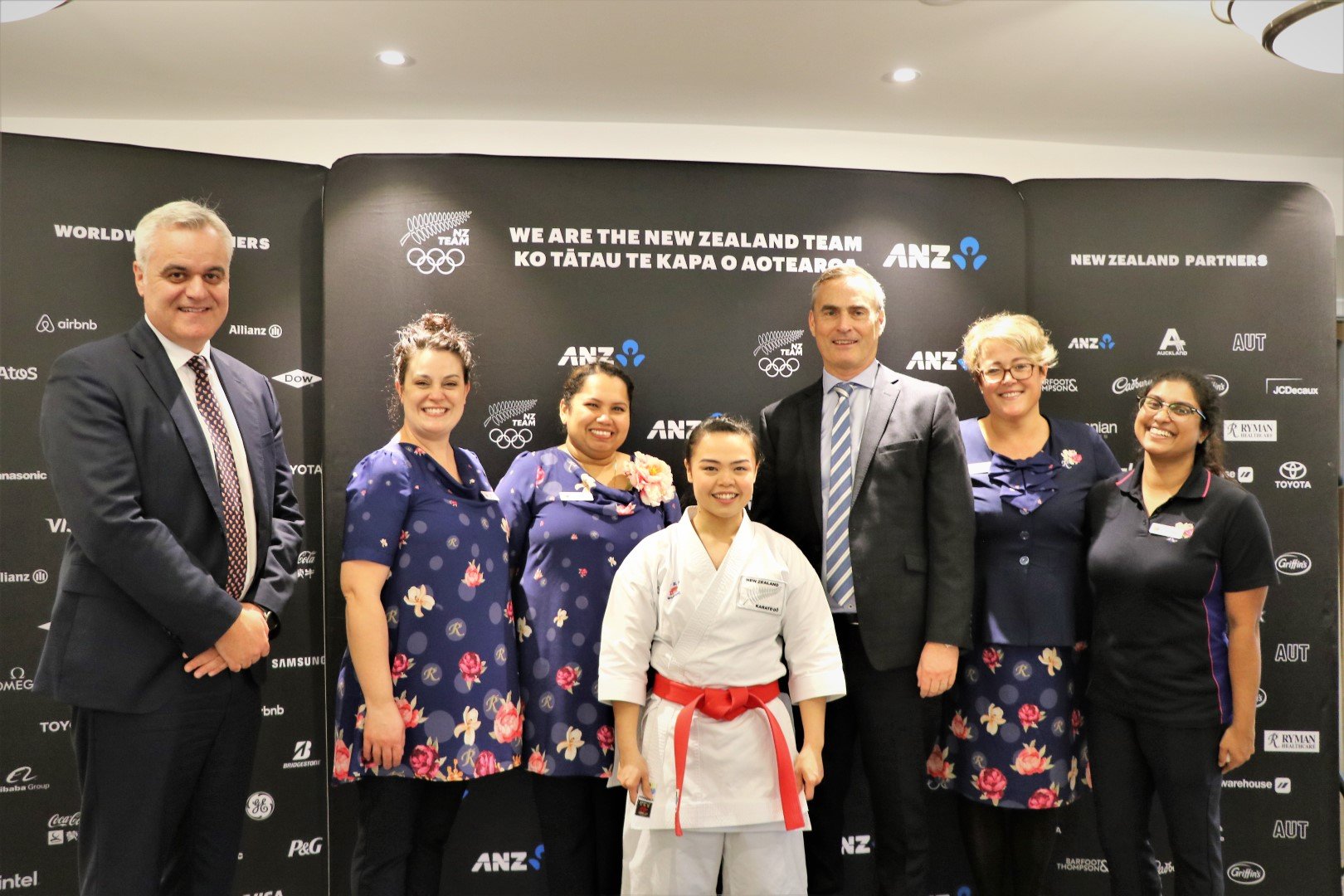 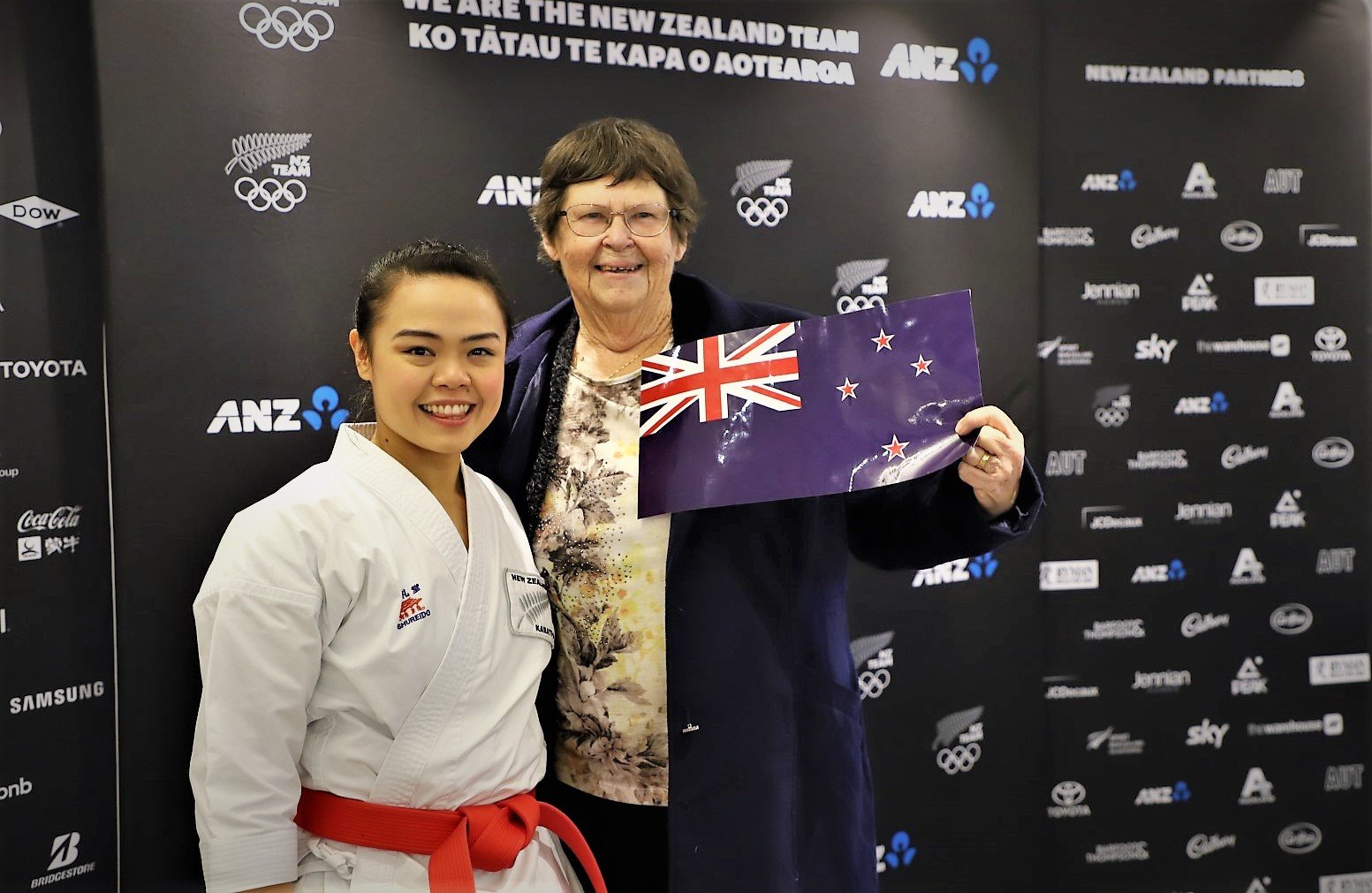 Today’s karate selection was announced by NZ Olympic Committee member and Olympian Alexis Pritchard.
Alexis was the first woman to represent New Zealand in boxing, and competed at the London Olympics.
Pritchard thanked Ryman for its engagement with the NZOC and Olympic movement, and extended her congratulations to Anacan.
“Naming a karate athlete to the New Zealand Team for the first time ever is a huge milestone and we’re extremely proud of Andrea,” said Pritchard.
“She has put in a huge amount of work to get to this point and we look forward to seeing her wear the fern and step into the Olympic dojo in Japan.”
The kata competition begins on 5 August. The event will be held in Nippon Budokan, an indoor venue located in Tokyo’s Kitanomaru Park which hosted judo events at the 1964 Tokyo Olympic Games.