Cyclist Jeannette Leermakers had the cheerleaders out in force at Ngaio Marsh village as she pushed herself in a cycle challenge as part of the Olympics@Ryman.

Brought up in Amsterdam until the age of 15, Jeannette says she was on a bicycle from even before the day she was born. Her mother would cycle while pregnant around the Dutch city which is known for its bike paths crossing flat terrain within a compact urban landscape.

“I was on a bike, before I was even born, because my mother used to cycle…,” Jeannette says.

“Then from kindergarten to high school, I biked to school every day.”

Jeannette later emigrated to Australia, where she didn’t cycle as often, and then to New Zealand. A bicycle became top of mind when she arrived in this country.

“When I came to New Zealand about 30 years ago, I bought my secondhand bike, and I’ve still got it,” Jeannette says.

Technology played its part as part of today’s cycling challenge for townhouse resident Jeannette. From a mounted and stationary bike she was able to look at a screen, and watch a cycle course open out before her. The visuals were set up with digital technology.

The digital screen made a real difference to her pedal cadence, she says. “I wouldn’t call it motivation, but it’s something to concentrate on. It’s interesting and (the course is) very, very beautiful,” Jeannette says.

Ryman Healthcare is bringing together 12,500 residents across 41 villages in New Zealand and Australia to compete in the world’s first international retirement village Games, known as the Olympics@Ryman. 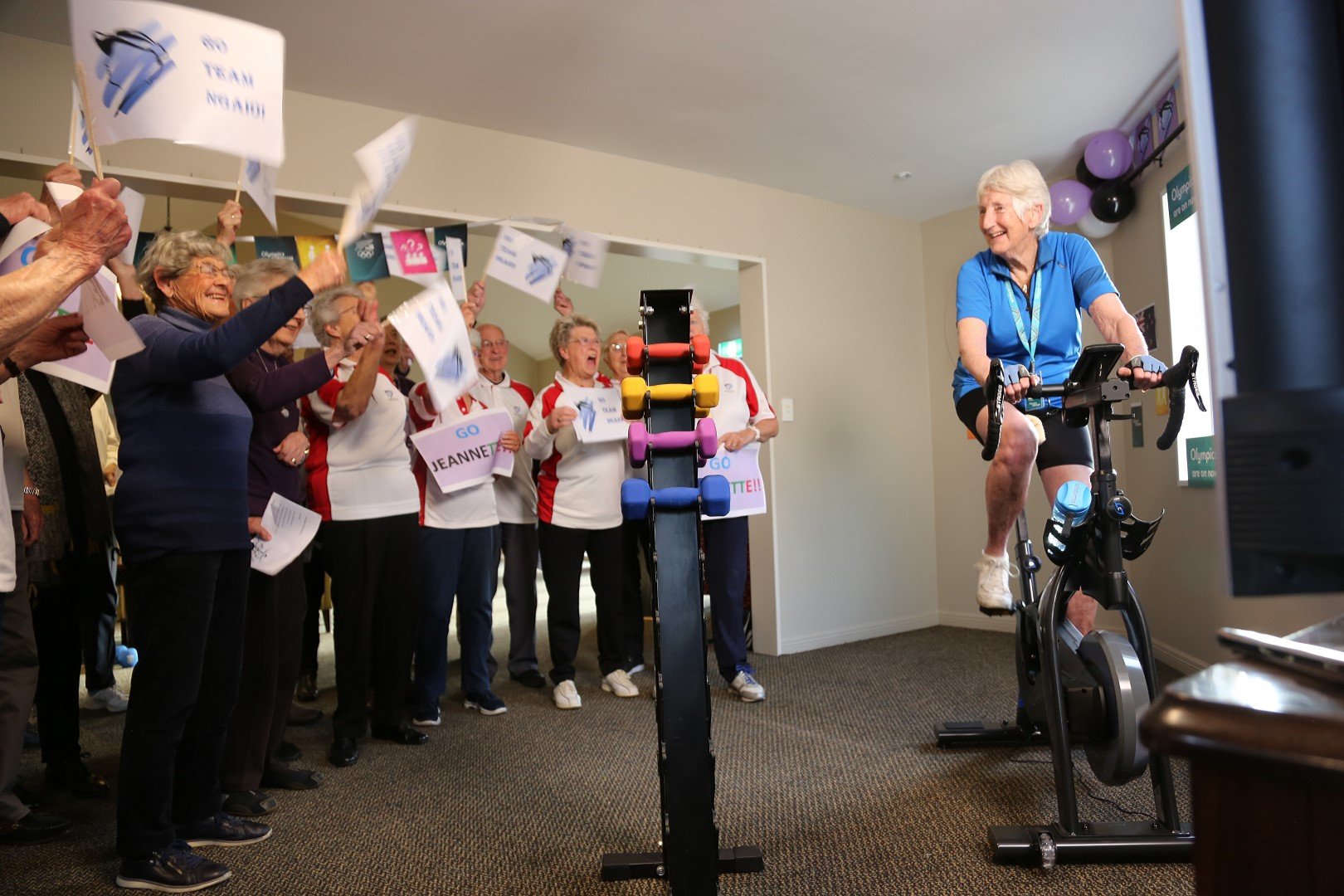 The Ngaio Marsh village residents watched on as Jeannette pushed the bike pedals over and over at a rapid clip. They held out banners and cheered in support.