The Ngaio Marsh Singers honoured the spirit of Olympics@Ryman today with a wonderful version of a song written especially for the Games.

The Ngaio Marsh Song was performed in the village atrium in front of recording cameras, and everyone felt the buzz of excitement as the singing group, made up of wonderful residents, harmonised.

Kath Sturrock and her fellow singers say the village group has been singing around the traps for a good number of years. They gather in the village community centre each Thursday to keep their vocal chords in fine singing order.

She and other regulars, like Joan Batten, Barbara Hercus and Margot Christie were keen to have their voices heard. Another member of the singers, Norma Crutchley, says they are cheering the competitors on. “A lot of us aren’t physically able to (compete)… we can be cheerleaders and cheer them on,” Norma says. 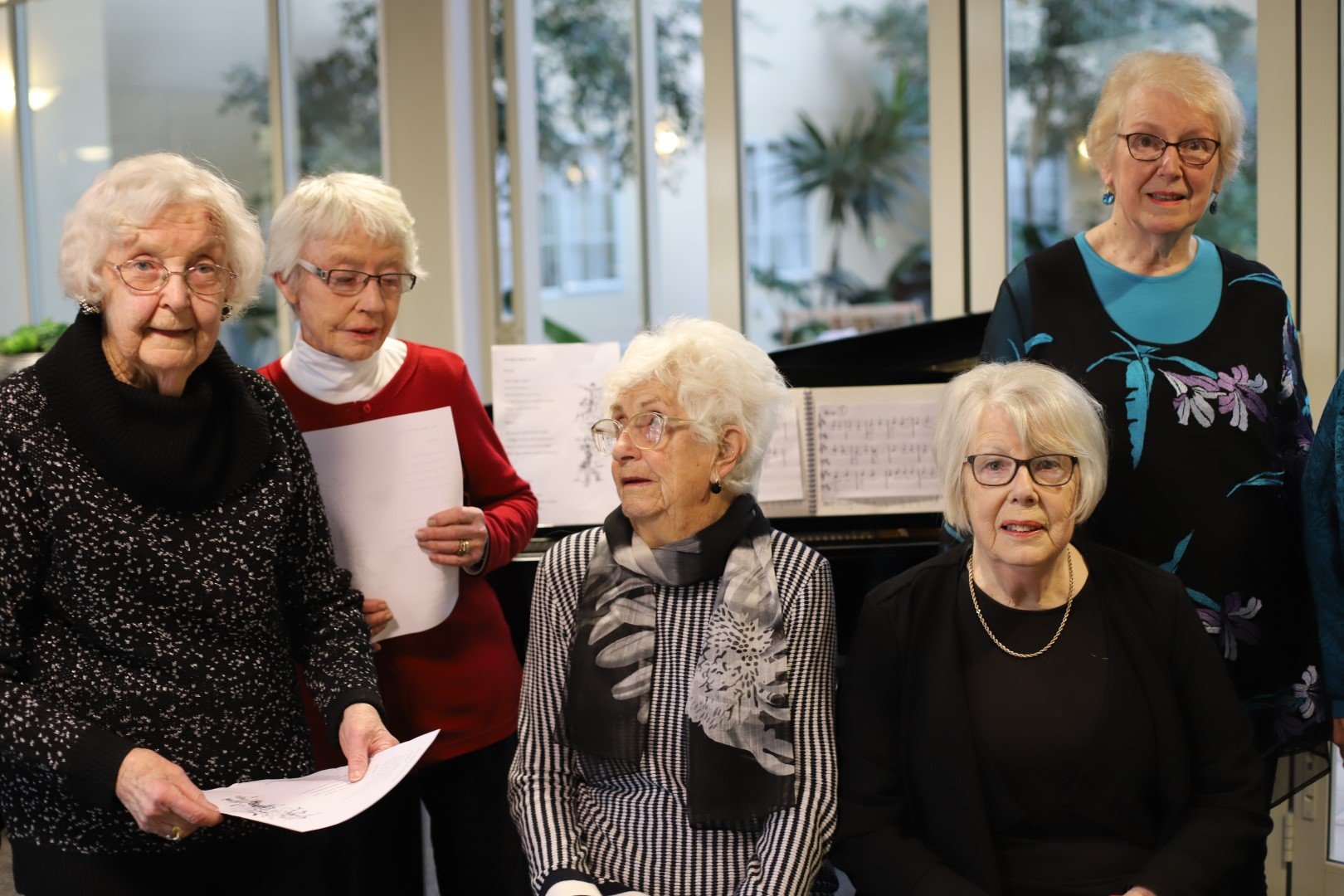 Ryman Healthcare is bringing together 12,500 residents across 41 villages in New Zealand and Australia to compete in the world’s first international retirement village Games -- known as Olympics@Ryman.

The Ngaio Marsh group regularly hark back to their songbook, which contains the lyrics for favourites such as Westering Home, Danny Boy, Annie Laurie, All Through the Night, Yesterday, O Sole Mio and Scotland the Brave.

Such songs bring out the best in people and everyone leaves the community centre with a warm feeling, Kath says. “When they leave they’re smiling, most of them.” 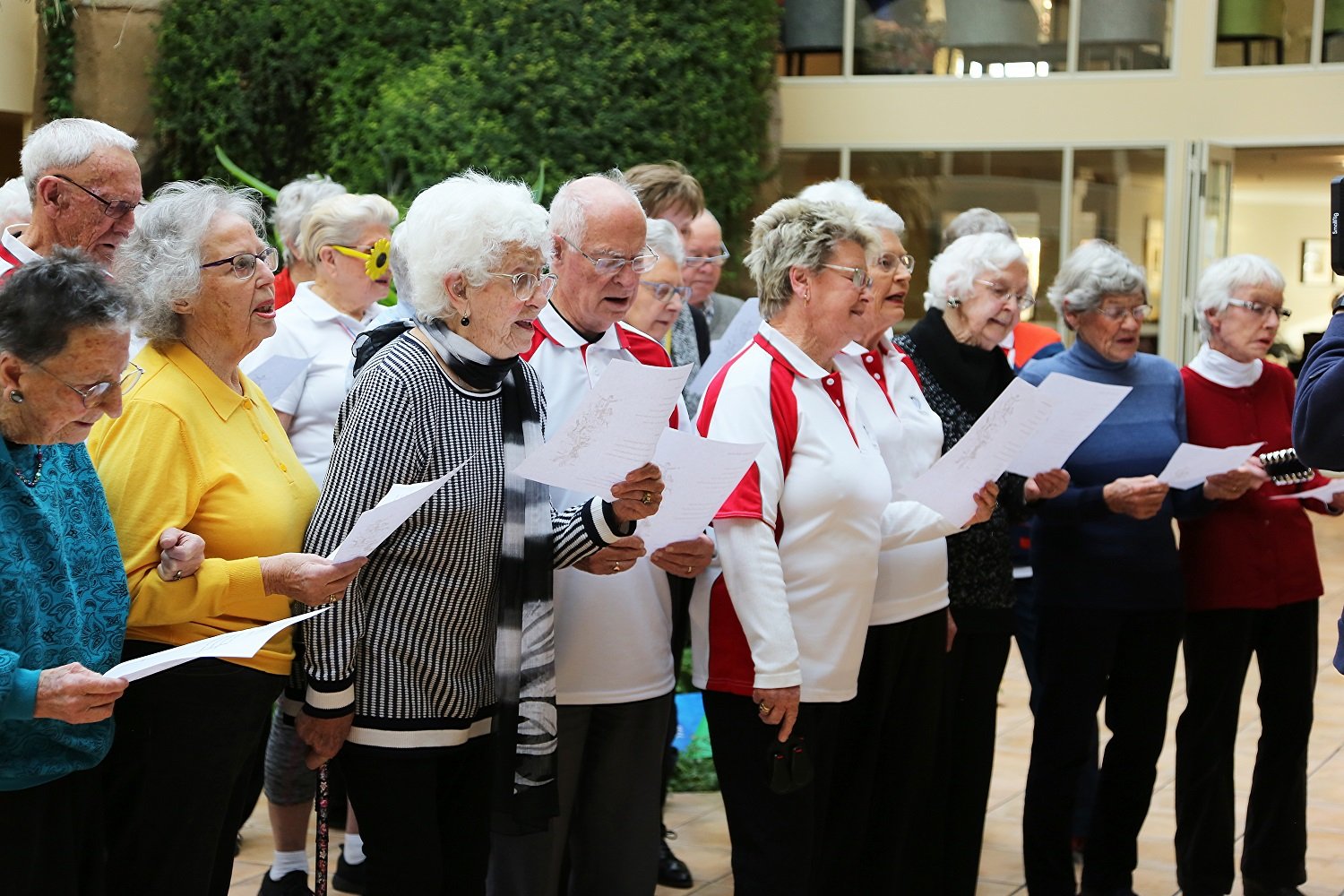 Some residents accompanied The Ngaio Marsh Song, on instruments, including tambourines, to provide support and encouragement to the athletes. What a performance.