Staying over to stay safe

While Auckland has moved to Level 2.5, the need to be vigilant about potential Covid-19 risk exposure has not changed, say Ryman managers.
Regional Operations Manager Arthur Keane says it’s important to remember to ask that question first when making decisions about working in the villages – what level of risk am I exposed to in all areas of my life?
“We have people saying they’re coming to work because they don’t want to let their teams down,” says Arthur.
“But if they have people with symptoms at home or their family or flatmates work in managed isolation facilities for example then that is a big risk to the safety of our residents.
“We want our staff to understand that we will look after them and we will stand by them.”

Arthur says during the first lockdown, various staff members were housed either in the village they worked at or in Airbnb accommodation.
For recently appointed Linda Jones Village Manager Neville Parkinson, who was moving home and cities, that meant being housed in a motel until he could retrieve all his belongings.
It was an Airbnb for Karina Misterio, a caregiver at Hilda Ross Retirement Village in Hamilton, who stayed in the accommodation just three minutes’ drive from the village for three weeks. 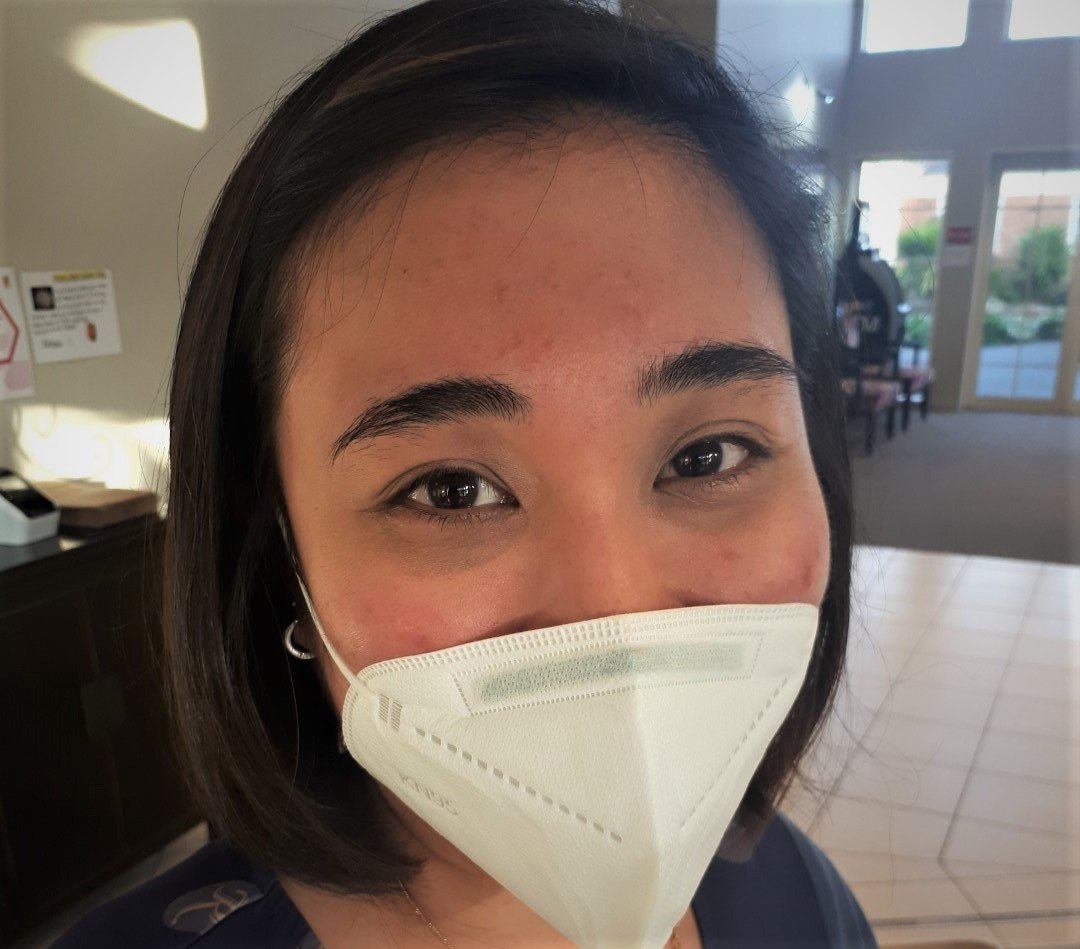 Karina Misterio is masked up at work

“My husband and I had a flatmate who was working at Waikato Hospital and there had been an outbreak there with some of the nurses getting Covid,” says Karina.
“Our Unit Coordinators were asking the staff who we were living with, who is in our bubbles and where do they work.
“They said they didn’t want me exposed because that would expose our residents who are at higher risk for Covid-19 so just to be on the safe side they said we should stay at the Airbnb.”
Karina says the accommodation made for a pleasant change and, being closer to the village and local supermarket, it was very convenient too.
“We stayed there for three weeks because the lockdown was extended for a week.”
During Level 2 Karina says the staff continue to be alert to any changes in their health.
“We take our temperatures every day before going in and we wear masks and gloves. With residents who have been recently admitted to the care centre we follow protocols which include gowns, hair bonnet, masks and shoe shields.”
Meen 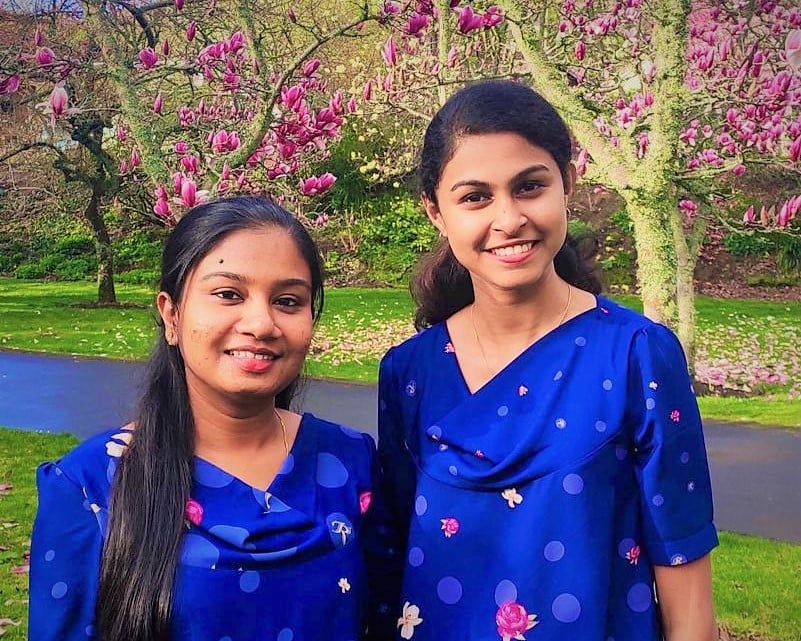 Across town at Linda Jones Retirement Village, part time porters Meenu Jose and Amala Thomas stayed in an apartment for one month.
Living with her brother’s in-laws who are aged over 70, there was concern from her family about keeping them safe.
Meanwhile Meenu shared a flat with healthcare workers from a different aged care facility so the decision was made to house them both at the village.
Says Meenu: “Both of us are doing the same graduate diploma course in engineering so when we weren’t working we had plenty of study to do with our projects and assignments. 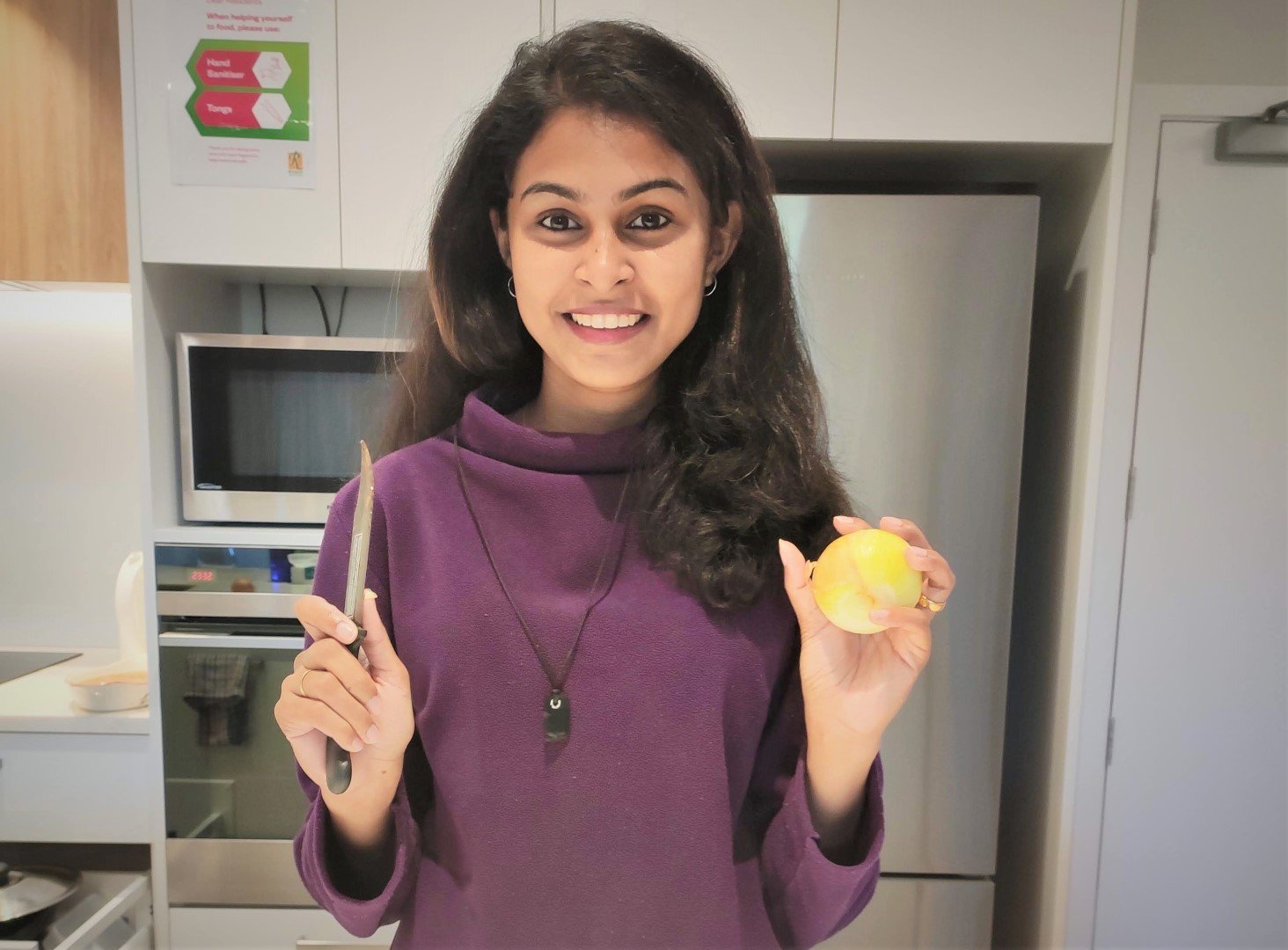 Amala preparing a meal in the Ryman apartment at Linda Jones

“Staying at the village was fun actually. From staying in the apartment we have both discovered that we would like to spend our future retirement in a Ryman village!” she laughs.
When they were working their shifts they would focus on cleaning the high touch points, such as door handles and lift buttons, general cleaning, helping residents especially new ones to settle in, and answering the emergency call button if it went off.
They both love interacting with the residents, and Meenu is sure the feeling is mutual.
“When they weren’t able to see their family they were very happy to see us around.”