There were lots of fun and giggles at Bert Sutcliffe this morning with the Seven Sharp team.

Lucas de Jong and cameraman Dave Pierce were at the village to chat to some of the residents who starred in our latest music video, this time a frame by frame recreation of Justin Timberlake's Can't Stop The Feeling.

Justin was played by Norris Aitken and a few familiar faces joined him on set including Priscilla Lowry, who also stars in our Pioneers ad wearing the distinctive yellow silk dress, and Myrtle Perenara, Maureen Loughman and Sybil Thackwell, who you may have seen on TV3's Gogglebox.

It was hilarious to watch Lucas barely keep control of the Gogglebox girls as they played havoc with his questions! Another wonderful connection was the fact that Dave the cameraman's mum Betty lives in the village too. It's not often she gets to watch her son hard at work and right on her doorstep!

The Bert Sutcliffe residents were also joined by residents from Logan Campbell and Murray Halberg in the video so tune into Seven Sharp tonight for a shot of fantastic feelgood tv.

Click here to view the the Seven Sharp story and click on the image below to watch the full video. 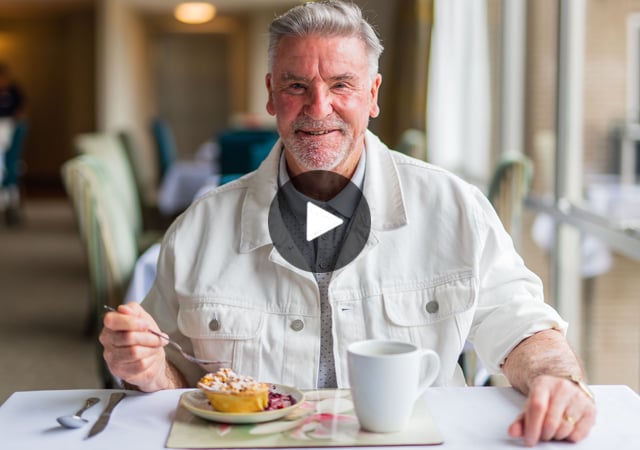