Ryman's Young Achiever of the Year

Millie Fraser, the winner of the Young Achiever of the Year in the 2021 Ryman Awards, looks back at the night of celebration, and what led up to it, with real satisfaction.

Since joining Ryman in August 2020, Millie has impressed everyone at Diana Isaac village with her commitment to the role of Chef. She received many positive comments both in the lead up to, and after her win.

She watched the awards unfold from her couch at home, supported by her partner Sam and her grandparents. When she learned she was a winner, Sam gave her a big hug. Host Hilary Barry then put smiles on many faces of those watching by asking Millie if it was her brother or boyfriend she was sitting beside.

It was lovely to share the “feel-good event” with her grandparents. “It meant a lot to be recognised,” she says.

Millie grew up in Dunedin then moved to Cromwell, working in both places during the initial part of her hospitality career. In Mosgiel she worked at Nellies Restaurant & Bar helping in the kitchen and plating up desserts. Shen then took another job, helping cater to the boarders at Otago Boys High School.

She and Sam managed to squeeze in a trip to the United States, before the emergence of COVID-19 helped send them homeward bound. But not before a visit to Los Angeles, in the aftermath of the death of George Floyd in Minneapolis on May 25, 2020. “We were staying in Long Beach, and the last week we were there… it was the same week George Floyd was killed. The city went into lockdown and some buildings were burnt down near where we were staying,” Millie says.

“Someone lit a rubbish skip on fire, in the street right outside our Airbnb – it was crazy. But really interesting to experience.”

The couple returned to New Zealand, and a job search led them to Christchurch. “When I was in Cromwell, I did the interview over a zoom call, and then started working the day after I moved here.” 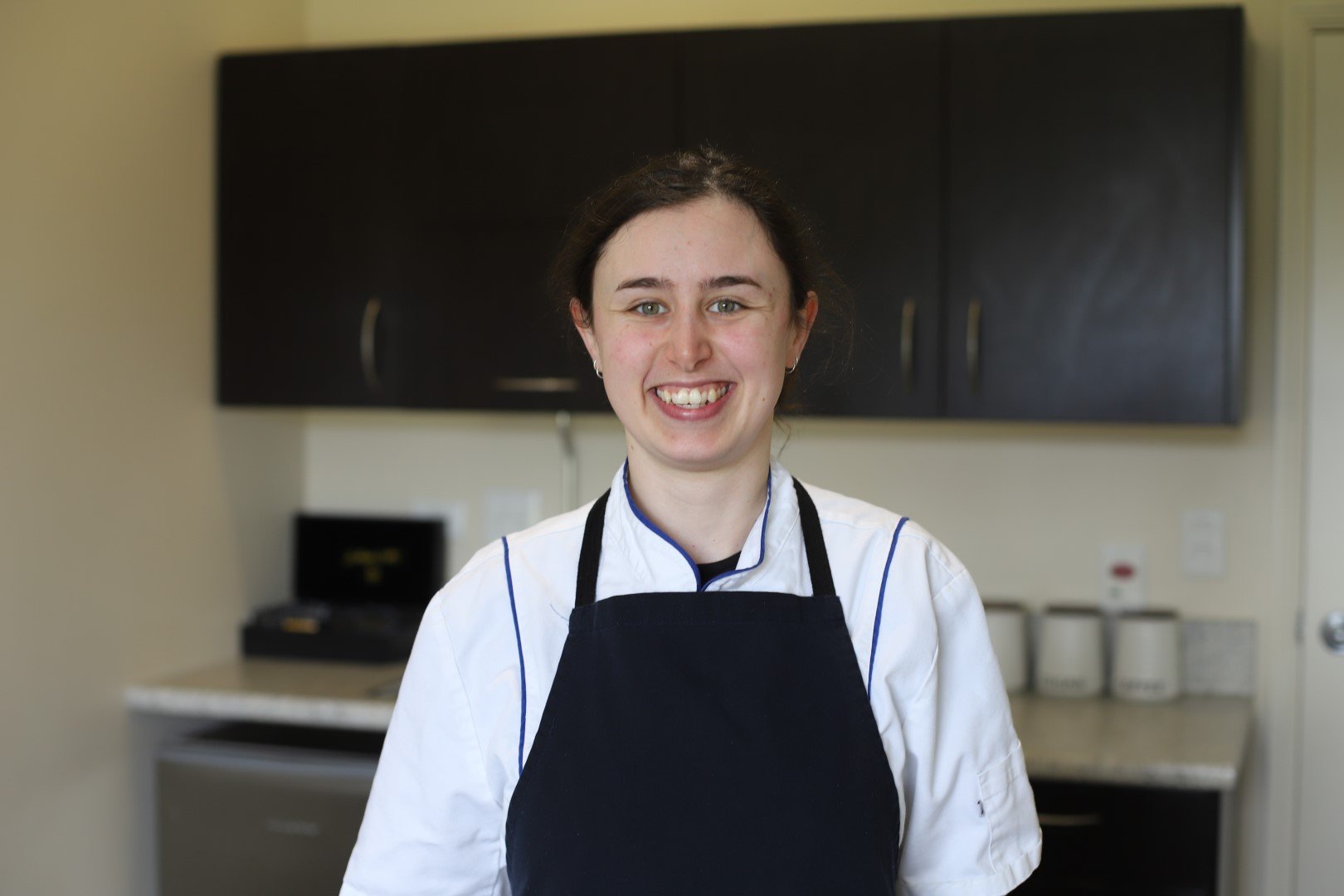 Village Manager Tracey McCullough says Millie started as a Cook’s Assistant but within a short time she was promoted to being a Chef. She’s done her Level 3 Certificate in Cookery, (on the job training, overseen by Service IQ) and is set to do Level 4, Tracey adds.

She has also stepped up, when required, to run the whole kitchen as sole charge. “Millie has a fantastic attitude. She’s reliable, pleasant and a great asset to our kitchen.”

Millie was nominated by her colleagues and senior members of the Diana Isaac team. Her immediate boss Troy Noronha (Head Chef) says Millie is very conscientious and a keen learner. This is coupled with a professional manner.

​​​​​​​“Her gentle and positive attitude truly makes her an asset to our kitchen.”

Millie says while she doesn’t have specific favourite things to cook, she really enjoys the cooking process. “I’ve learned a lot and I feel like I’m more confident in my own abilities, as well.”

Interacting with residents, during lunchtimes and on other occasions, is important and a lovely part of the job, she says.

“It’s a lot of fun doing the fine dining events as well.”

Ryman Healthcare villages, including Diana Isaac, host regular fine dining events where residents are treated to something special from the kitchen. “When they do happen it’s a lot of fun…I think my favourite one was the lamb racks. Troy’s a fantastic chef. It’s important not to overcook that one.”

Outside of work, Millie says she enjoys reading a range of books, including those in the fantasy genre. She and Sam have plans to further explore Christchurch and Canterbury.