Two team members from Charles Upham got a once in a lifetime chance to tour the Shortland Street studios in Auckland and play background roles in, not just one, but two scenes to be shown early next year.
Mealofa Faimalo and Hellen Grenfell were such naturals when filming their first scene they were invited to film a second one moments later.

The pair, who flew back to Christchurch later the same day, were buzzing after their ‘once in a lifetime’ experience and couldn’t wait to share the highlights with their teammates at Ryman’s Rangiora village.
“I loved it, I really enjoyed it!” said Mealofa, who is a long-term fan of the soap which has been on NZ screens since 1992.
Hellen agreed, explaining why she is such a fan: “It’s just such a part of Kiwi life, like jandals and Christmas in the summertime.”
“Being part of this today will really make me appreciate all the little details that go into each scene. It’s just incredible.” 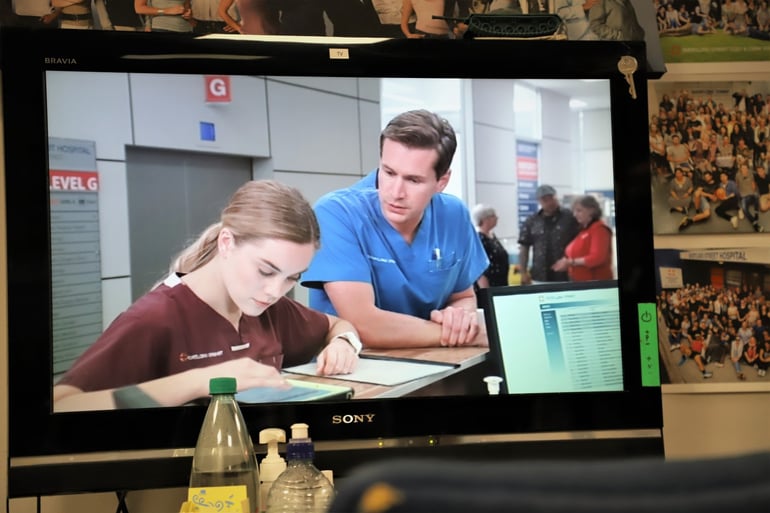 Spot Mealofa and Hellen to the right of the screen

The pair got the experience after Ryman put the call out to the village teams in New Zealand to complete the latest TikTok challenge doing the rounds – the Bright Lights Challenge.
Two staff members from the winning village would fly to Auckland, stay overnight in a hotel and then enjoy a tour of the west Auckland studios and a chance to be on film in the show.
Mealofa, who has been the Village Activities and Lifestyle Coordinator for 18 months, led the cause, decked out in a comical T-Rex costume and surrounded by a dozen or so teammates also in fancy dress. 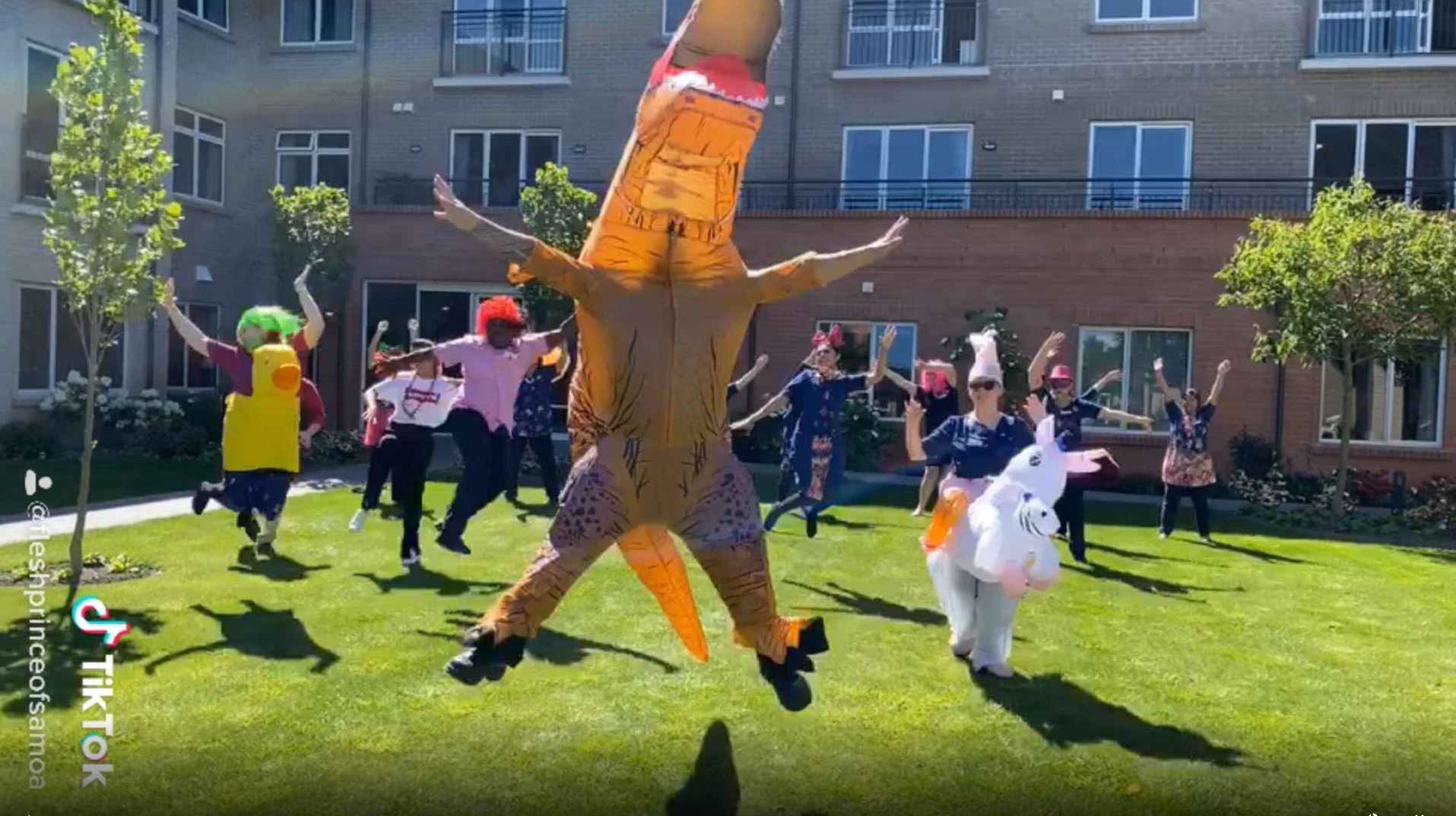 The hilarious 15-second clip, which ends on a perfectly-timed jumping jack, won Mealofa a spot and the second name was pulled out of a hat.
Hellen, who has worked at the village for three years doing the café, receptionist, dining assistant and laundry plus activities duties as needed, was thrilled to be chosen, especially as she nearly wasn’t able to take part in the dance following an accident where a car drove over her foot!
“I was just a back-up dancer really so I couldn’t believe it when they told me I’d won,” she said.
The pair enjoyed an extensive tour of both studios which house 13 different sets which are constantly set up and taken down according to a very tight schedule of what scenes need to be filmed.
They got to pose for photos in all the familiar settings, such as the reception, main entrance, triage area and even the IV bar. 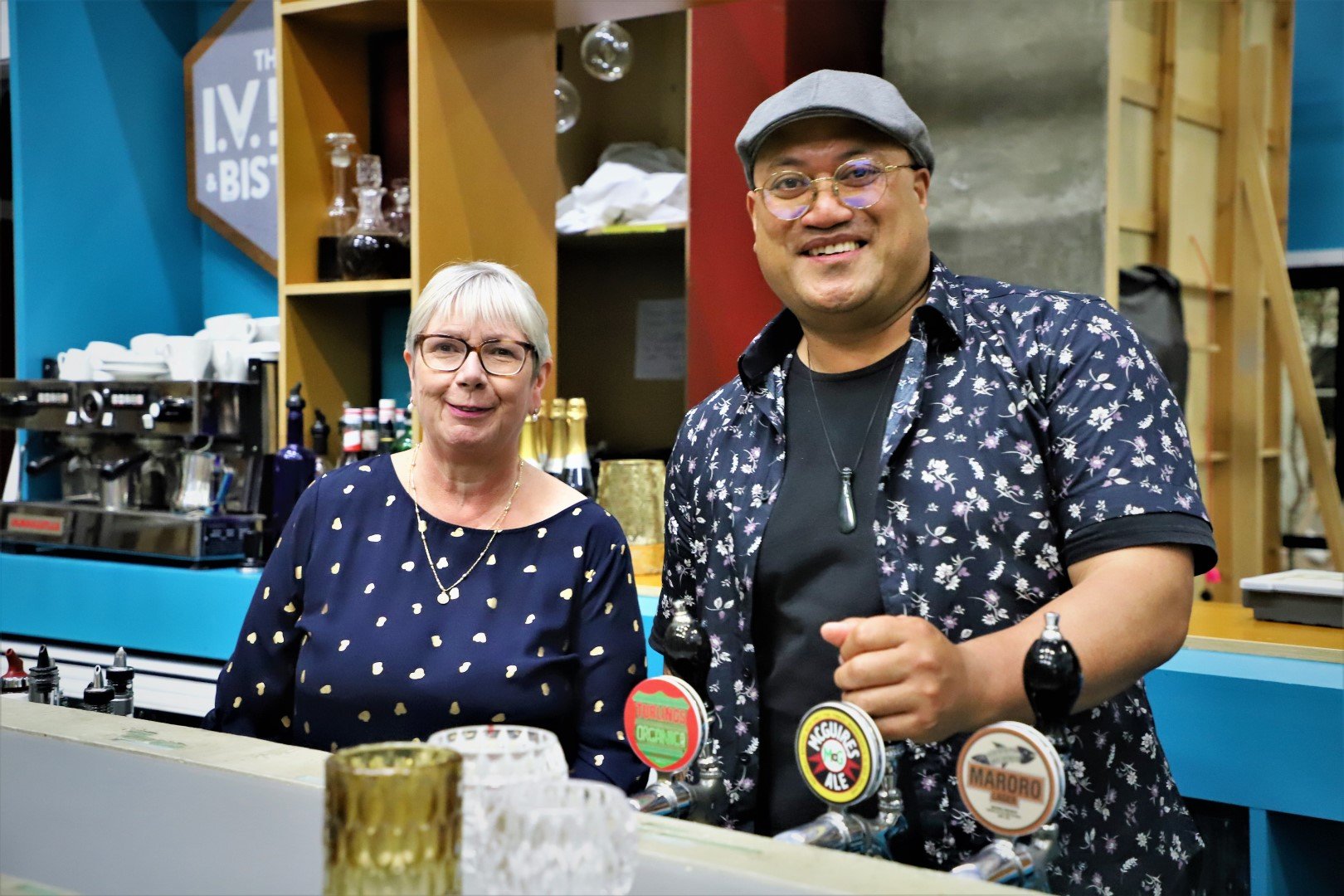 Behind the bar at the IV... 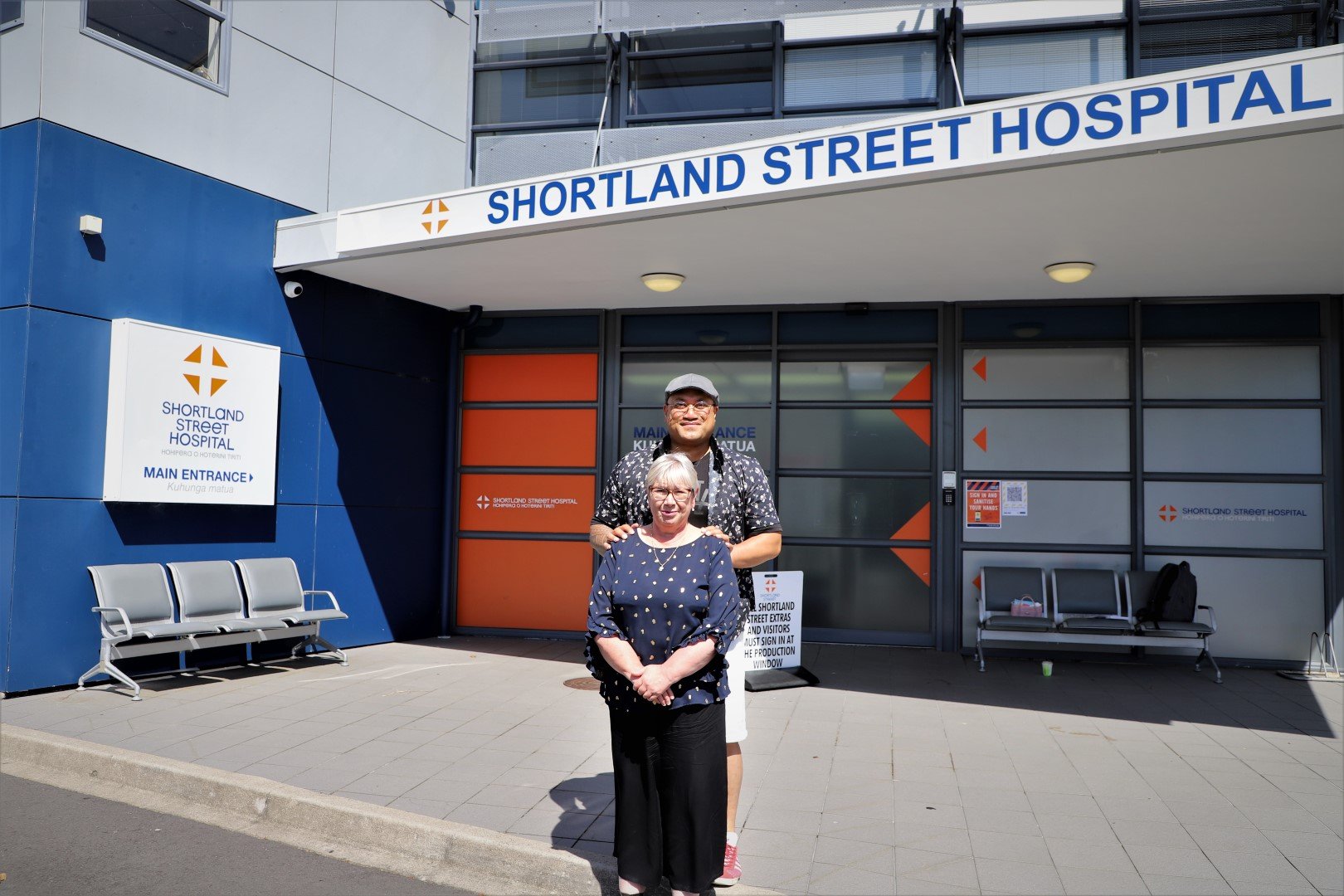 At the famous hospital entrance...

...And with actor Ben Barrington

The key cast members they saw on the day were Damo Johnson the IT guy, Desdemona Schmidt and Prince Kimiora - also known as Grant Lobban, Kura Forrester and Jay Kiriona.
And Ben Barrington, who plays Drew McCaskill, kindly stopped for a chat and posed for a photo with them.
Head of Communications for South Pacific Pictures, Rachael Keereweer, told Mealofa and Hellen that 2020 had been an unprecedented year for the Shortland Street cast and crew with the pandemic shutting down filming for four weeks during the first lockdown.
“That’s the first time in the show’s history that we’ve had to shut down in the middle of the year.
“We film about three months in advance so we had to drip feed the episodes and we came pretty close to running out!” she said.
The much-loved Kiwi hospital drama was named Shortland Street as the original offices for South Pacific Pictures were based in the street of the same name in Auckland’s CBD.
Airing five days a week, it boasts the fastest turnover filming in the world, churning out half an hour of tv per day compared to the average turnover of around six minutes per day.
The team were already looking ahead to doing something special to celebrate the show’s 30th birthday coming up in 2022.