Pioneering Christchurch business leader Kevin Hickman has had a new retirement village named in his honour.

A large crowd gathered at Riccarton Park Racecourse to hear the surprise new name for the village, with the residents who have already moved into the Kevin Hickman Retirement village today welcoming the choice.

They heard a bit of history about Kevin from Ryman Group Chief Executive Gordon MacLeod, and also about the importance of such villages to the city from Christchurch Deputy Mayor Andrew Turner.

Kevin, who co-founded Ryman Healthcare in 1984 with John Ryder, has seen his idea grow into one of New Zealand’s most successful businesses, providing beautiful homes, comfort and security for thousands of Kiwis and Australians.

Ryman employs 6,100 people and its 42 villages in New Zealand and Victoria are home to more than 12,500 residents. 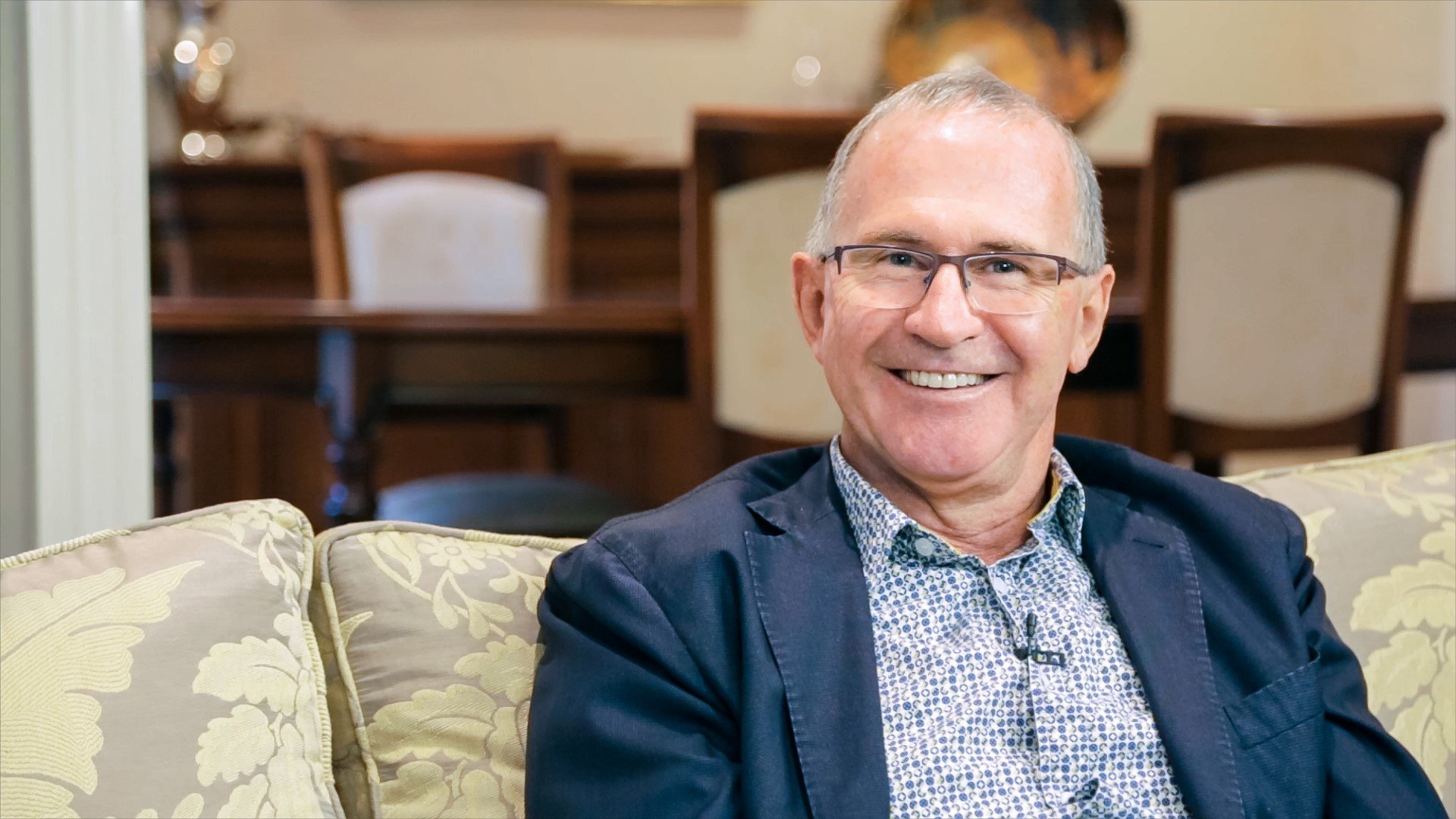 Ryman Healthcare names its villages in honour of significant locals, and Group Chief Executive Gordon MacLeod said it was fitting the new Riccarton Park village would be known as the Kevin Hickman Retirement Village.

“Kevin’s impact on the lives of older people has been profound. He played a huge part in pioneering the retirement village industry in New Zealand, he challenged the status quo and worked tirelessly to raise standards of care and enhance quality of life for older people.

“His idea has grown into a multi-national company with assets of $9 billion, which has provided wonderful homes and care for thousands of people for 37 years. We wouldn’t be where we are today without Kev. So, who better to name a village after?’’

Christchurch Deputy Mayor Andrew Turner said it had been interesting for him to hear how the Ryman model had developed, and in particular how Kevin had been inspired to provide better and better homes, so that they would be to the standard his mother would want to live in them.

“What we see is something quite different from the facilities that were previously known as resthomes in the city and throughout the country,” Andrew said.

“The villages now have facilities that benefit the residents and actually that benefit our city as a whole with attractive housing and park-like grounds.”

Kevin Hickman said he was delighted to have a village named after him.

“It is a real thrill for me, and I will enjoy watching the village develop – I’m sure that all the residents will love their new homes. It has fantastic views of the Southern Alps and also the racecourse, so it is a wonderful location.’’

Kevin is an award-winning athletics coach, and he was named New Zealand Athletics Coach of the Year in 1999. He was made an Officer of the New Zealand Order of Merit in 2016 for his services to aged care and sport and was inducted into the Business Hall of Fame last year.

The new village borders Riccarton Park racecourse which reflects one of Kevin’s other passions – thoroughbred horses.

When he retired from Ryman in 2006, Kevin concentrated on developing his Matamata horse stud Valachi Downs. Valachi Downs is home to the 2012 New Zealand Derby winner Silent Achiever.

The village on Steadman Road welcomed its first residents earlier this year and is growing fast. It will eventually be home to more than 300 residents.

Kevin was born in Westport and grew up in Darfield and Rakaia, and left school to join the New Zealand Police in Christchurch.

He rose quickly through the ranks and became a detective.

A serial entrepreneur, he left the police force in the early 1980s to set up his own investigations business, with John Ryder providing accountancy advice.

He and John hit it off, and they went into business together, owning a string of companies ranging from a backpackers’ hostel to a chain of garden centres.

In 1983 Kevin was called in to investigate a resthome fire in Christchurch, and he did not like what he saw.

In those days there was little in the way of dignity or privacy for residents, and he decided he’d never want to see his mum living in a similar place. He saw an opportunity to do much better.

He and John formed Ryman Healthcare – formed out of a combination of their names – with the idea of providing care that “had to be good enough for mum.’’

Highly competitive, Kevin pioneered a whole lot of firsts in the New Zealand retirement industry, and Ryman Healthcare grew to become the largest operator in the industry with assets of more than $9 billion.

A keen sportsman and athletics coach in his spare time, Kevin was named New Zealand Athletics Coach of the Year in 1999.

In 2006 he retired as Managing Director of Ryman but remained a board director until 2018.

His retirement from Ryman freed him up to concentrate on building his Matamata thoroughbred horse stud, Valachi Downs, with his wife Joanna.

In 2016 Kevin was made an Officer of the New Zealand Order of Merit for services to aged care and sport, and in 2020 he and John Ryder were inducted into the Business Hall of Fame.

Kevin lives in Christchurch with his wife Joanna and he retains a strong interest in Ryman Healthcare.