A desire to travel while helping others prompted Bert Sutcliffe resident Yvonne Leyman to choose a career in nursing.
What she didn’t realise was how it would result in giving her a firsthand perspective on major historical events as they happened.
From witnessing the effects of apartheid in South Africa, being amidst the unfolding AIDS epidemic in San Francisco to working in a hospital on the Kuwaiti border during the Gulf War, Yvonne was right in amongst it.

Growing up in Milford, Yvonne was a foundation pupil at Westlake School before training at Middlemore Hospital in 1962.
“At the end of my training in ’65 the social pressures to get engaged and get married were enormous.
“You had your 21st and you had to leave nursing if you got married, although that was gradually changing.” 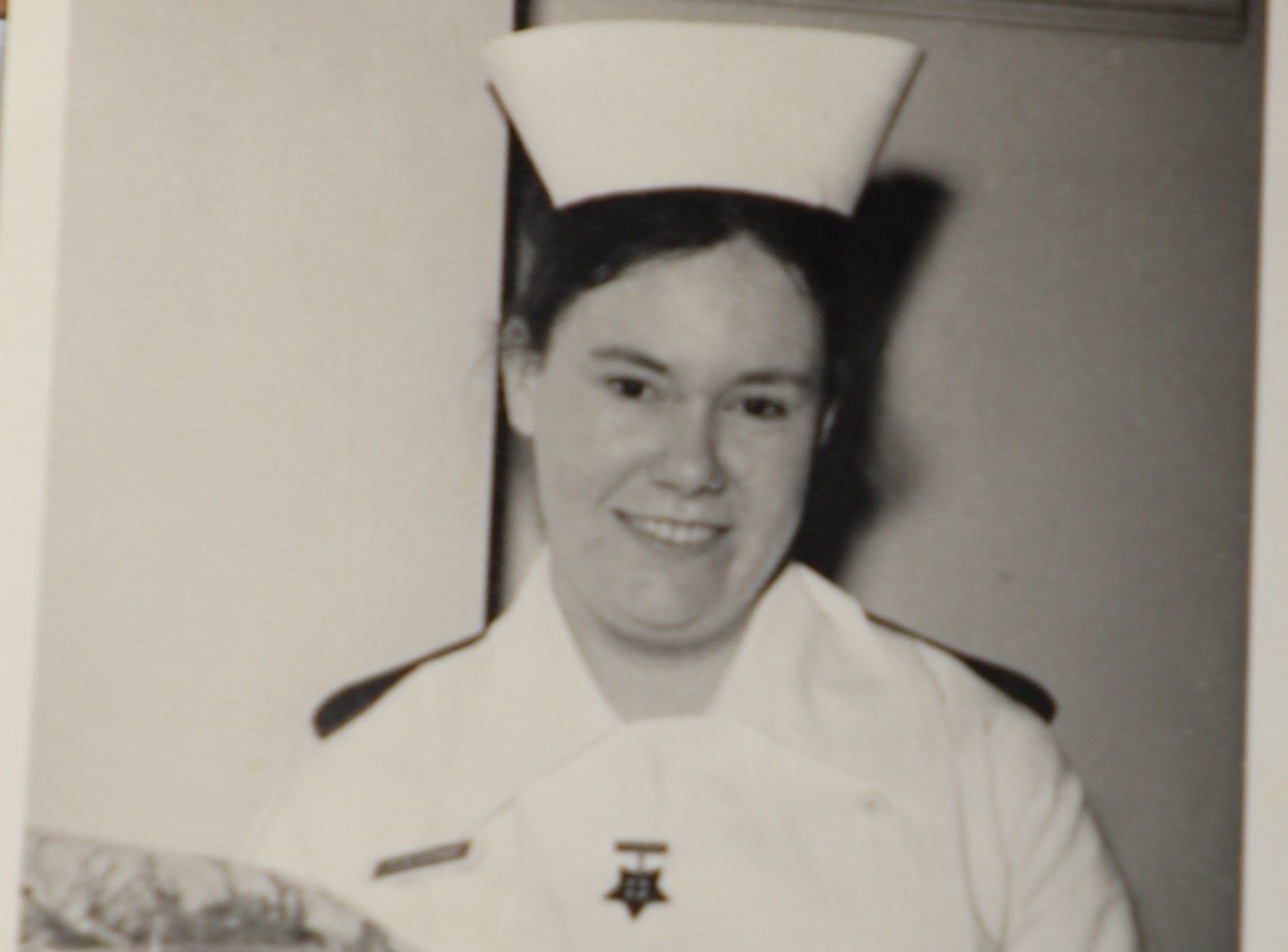 Yvonne at her graduation

The lure of exploring the world grew impossible to ignore, and en route to the UK she decided to stop off halfway in South Africa.
“At the hospital in Durban, the tea came in these big urns and we had to keep the tea leaves. We would spread them on the old wooden floors to keep the dust down and then we would move the beds so the Zulu orderlies could sweep the floors.
“It was so old-fashioned compared to New Zealand and I was pretty innocent and unsophisticated so I just thought it was all wonderful.”
One month turned into 18 months before Yvonne made it to the UK, working the night shift to avoid the daytime crowds on the tube.
Next, she realised a longheld dream to work on a kibbutz in Israel, picking oranges from the trees, just a few months after the Six-Day War.
She went hitchhiking around Israel, then Greece where she sold her blood in Thesonolika for 400 Drachma to give her enough to live for a month in Yugoslavia before heading back to London via Vienna and Munich.
“I’d be living hand to mouth but because of my nursing I knew I wouldn’t starve so I could take a few more risks,” she says. 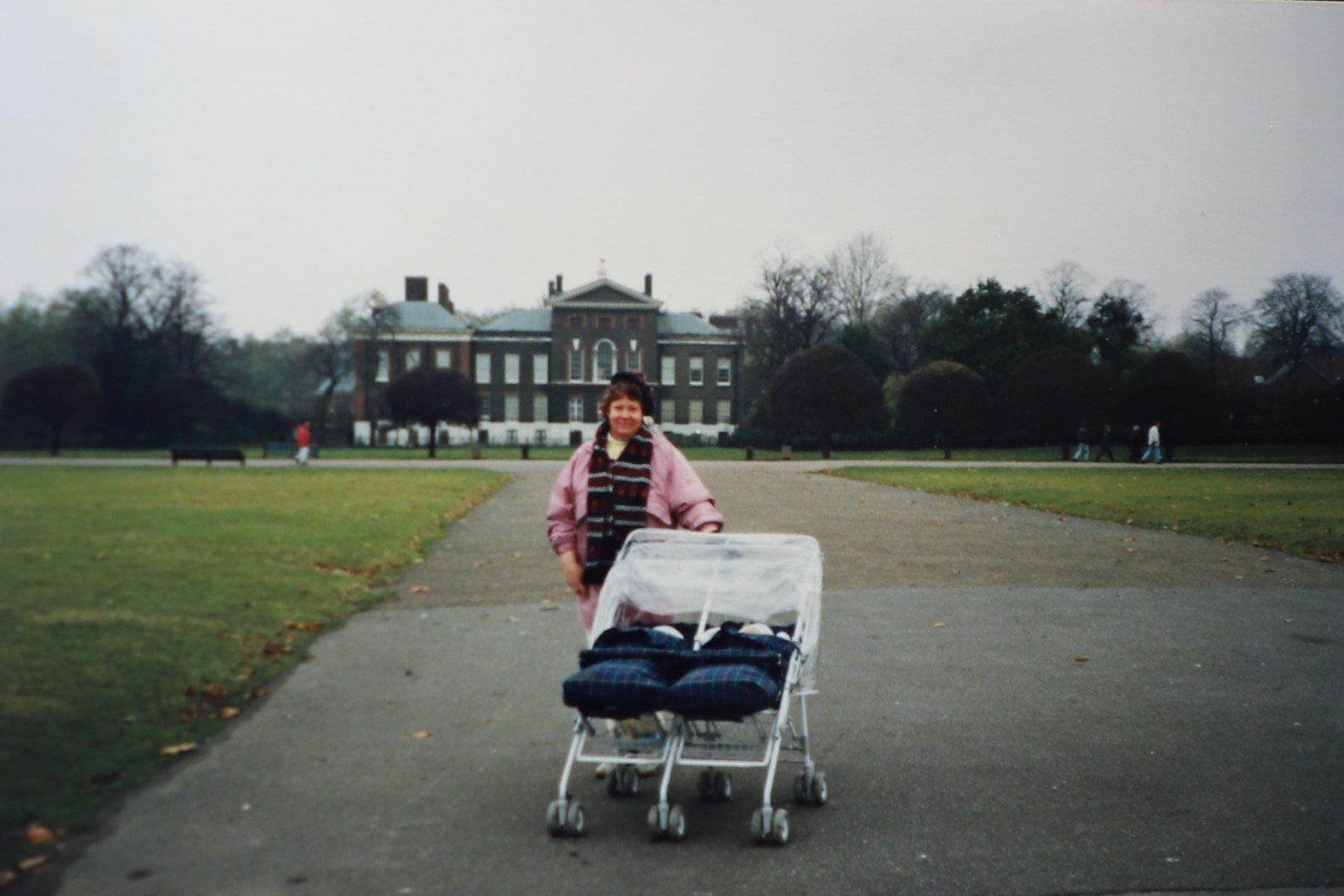 One of her roles was looking after the babies of wealthy families. Here she is at Kensington Gardens with a set of twins in her care.

While in England she completed her midwifery training and later got a job nannying for a wealthy American couple.
Word got around and she became a maternity nurse for many families, enjoying the perks of high life living.
A return down under led to her joining the Flying Doctor Service in Western Australia where her midwifery skills became vital, often helping the Aboriginals. 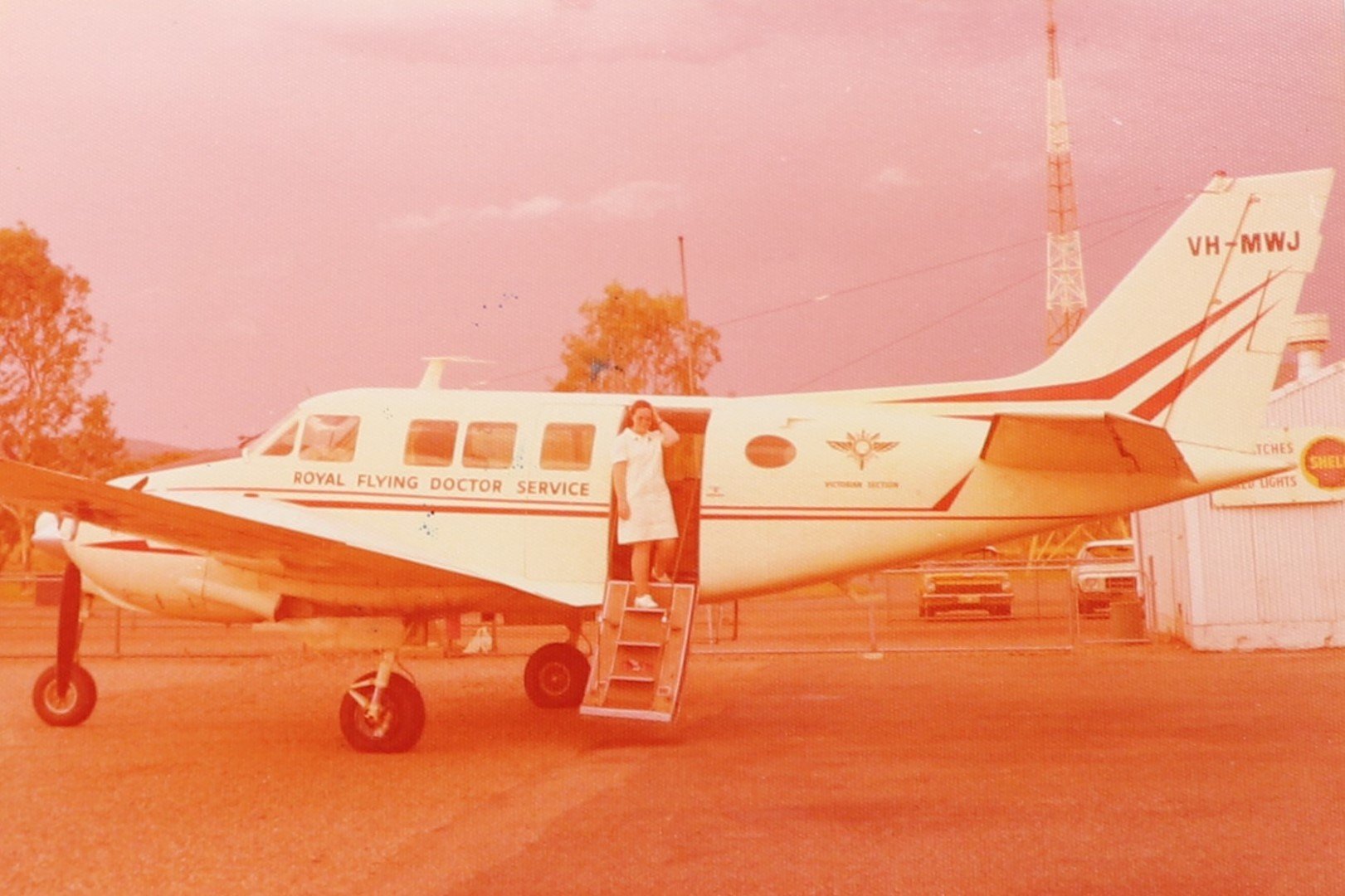 On board with the Flying Doctors in Western Australia

“At times it was very hard as I was often on my own,” she says.
In 1977, Yvonne’s green card application to work in America was accepted and she headed off to San Francisco.
“That was the year of the first gay Pride festival, with Dykes on Bikes. It was eye opening!”
She was working in a nearby hospital when Harvey Milk, the first openly gay man to be elected to Californian public office, was assassinated.
“We began to see all these funny cancers coming in but we didn’t know what it was then. It wasn’t until 1981 it was called AIDS.”
Back home in New Zealand in 1982, society had changed and the banks would finally lend money to single women who could prove they saved regularly.
Yvonne bought a unit near Lake Pupuke and worked at the Princess Mary Hospital and became involved in the planning for Starship which it later became. 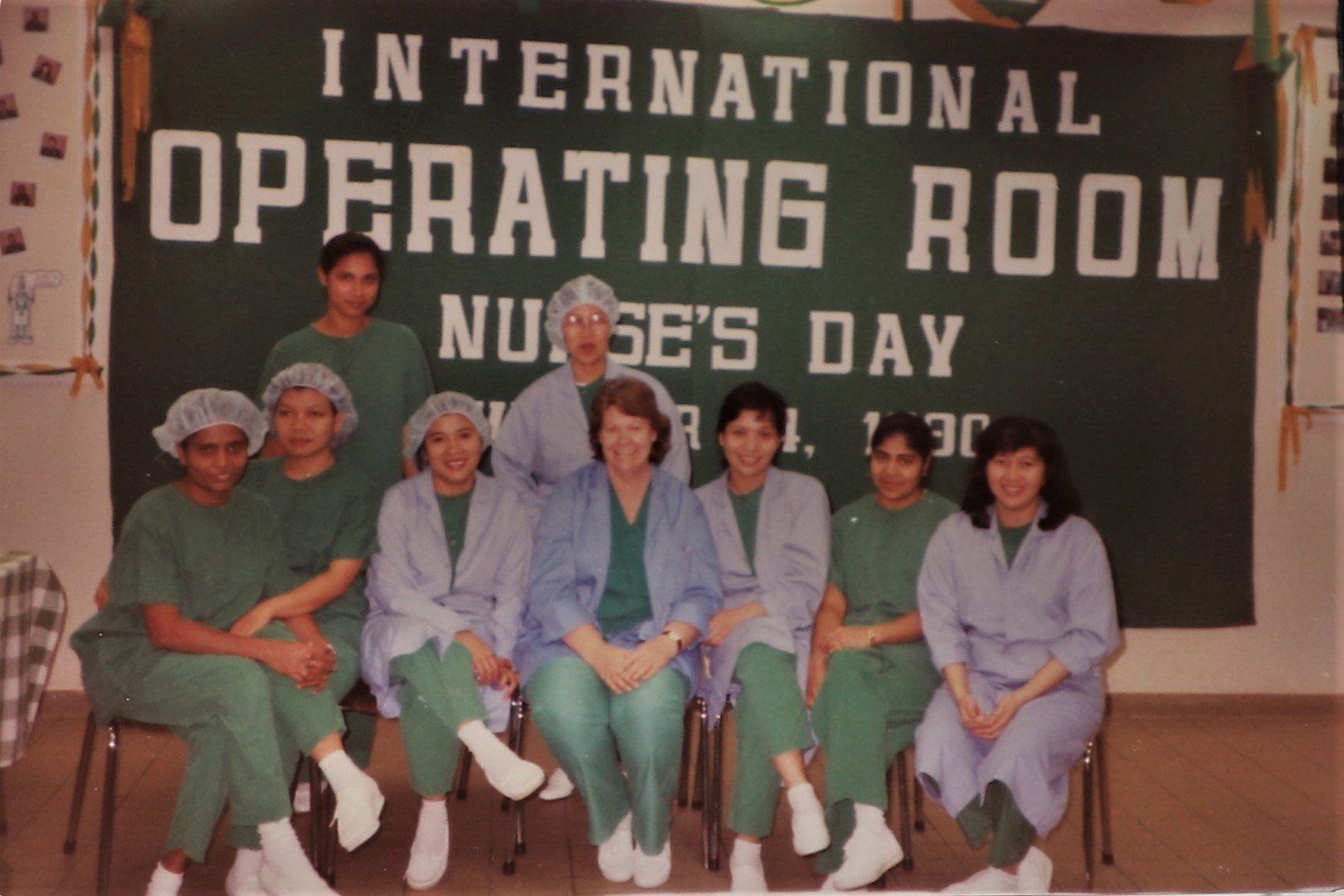 Yvonne with her team (above) and with the doctors and Commander of the British Tank Regiment in 1990 (below). The main picture above shows her visiting the Chief of the American Field Hospital in the desert. 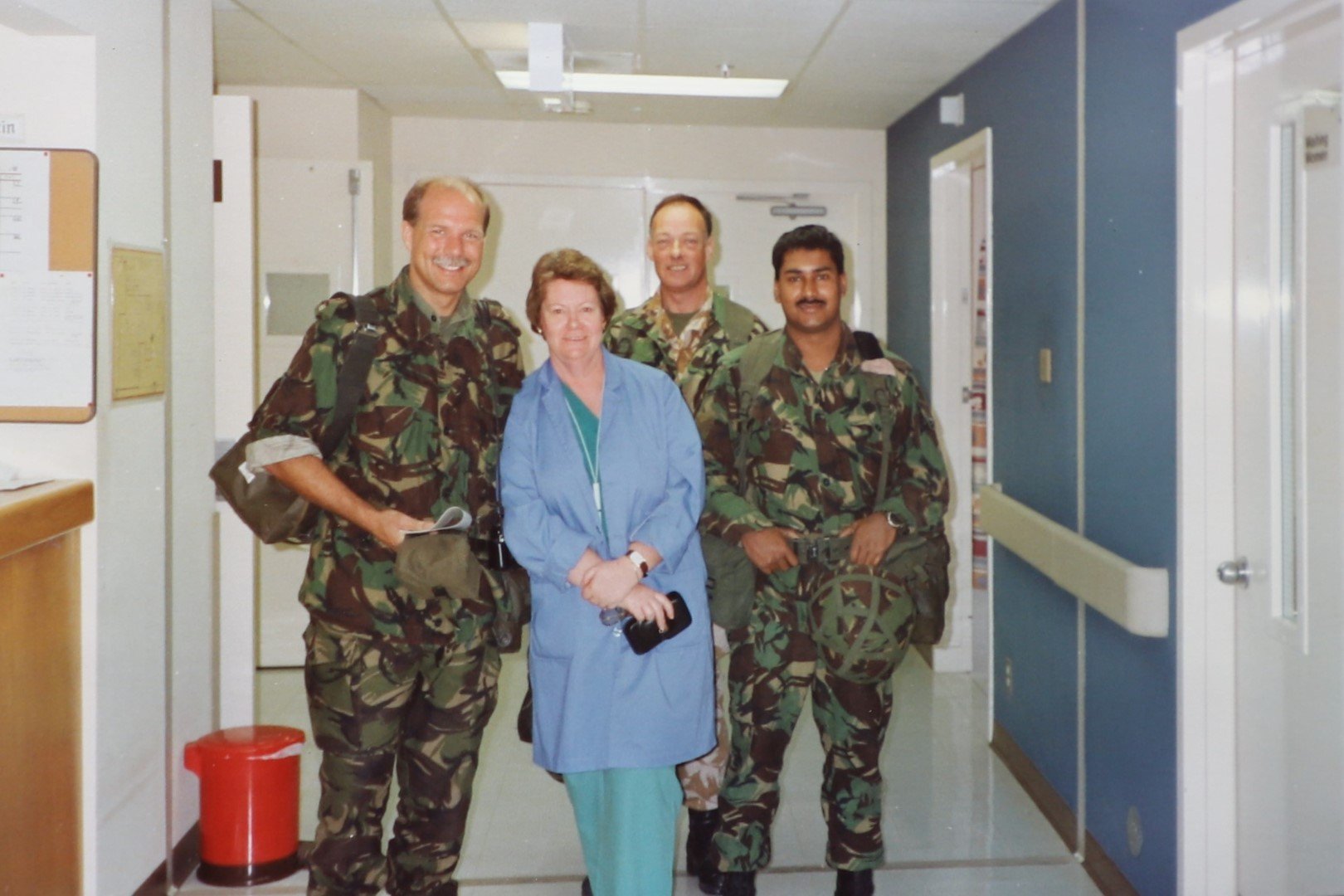 An opportunity to work in Saudi Arabia came up and the tax-free earnings greatly appealed.
Just five months after she arrived, the Gulf War started.
“It was sudden. We were told to prepare for 2,000 injuries in the first week. It was all build up, build up, build up. The matron left and didn’t come back but my dad said I had to stay because I was a nurse.”
When the bombing did finally start, it was all over in a few days and the expected casualties never eventuated.
“It was a bit of an anti-climax but it was very scary at the time. They set fire to all the oil wells so the sky was just black for weeks.”
As an antidote to all that stress, Yvonne returned to Europe to work as a maternity nurse travelling with the wealthy families she worked for.
After five years of working six days a week she decided it was time to come home to NZ.
“I was living their life, not my life, it’s not real.
“I finally did my degree and I became a Plunket nurse in Devonport for 15 years before retiring.”
Describing those years caring for some 3,000 babies as ‘happy work’, Yvonne is grateful for every minute of her incredible career, and the many special friends she has made along the way, some of them from as long ago as her school days, nursing training and even on board the ships she took during her travels. 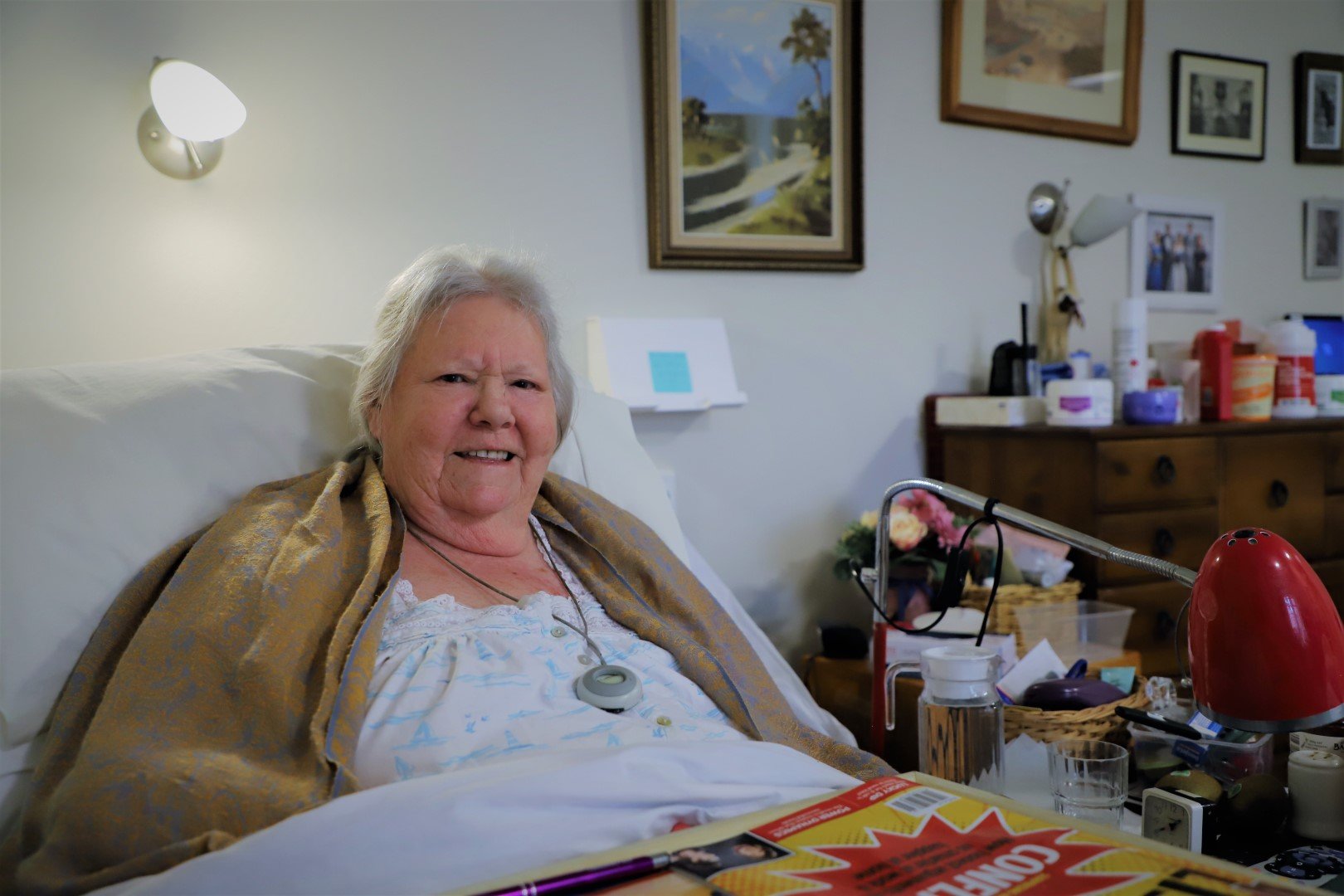 Now the patient herself, Yvonne is grateful for the care she receives at Bert Sutcliffe

Her amazing experiences have become poignantly special from the perspective she now maintains, currently bedridden in the hospital unit at Ryman’s Birkenhead village.
“It’s not the retirement I had planned,” she says of her debilitating arthritis. “But I couldn’t ask for better care. I’m lucky I have got good friends who pop in and I’m looked after like a queen.”