The Murray Halberg lawn bowls team is the first ever winner of a virtual reality game of bowls -thanks to the pioneering use of artificial intelligence.
The team, consisting of Ann Hickey, Kathy Doheide, Tom Buckley and Les Wilson (skip), took to the green at Ryman Healthcare’s Linda Jones village in Hamilton on Saturday to play Charles Upham’s team at Diana Isaac in Christchurch, nearly 1,000 away.
Both teams were playing for the bronze medal in the Olympics@Ryman bowls competition with stunning conditions at both venues and were backed by large and vocal crowds at both Linda Jones and Diana Isaac. 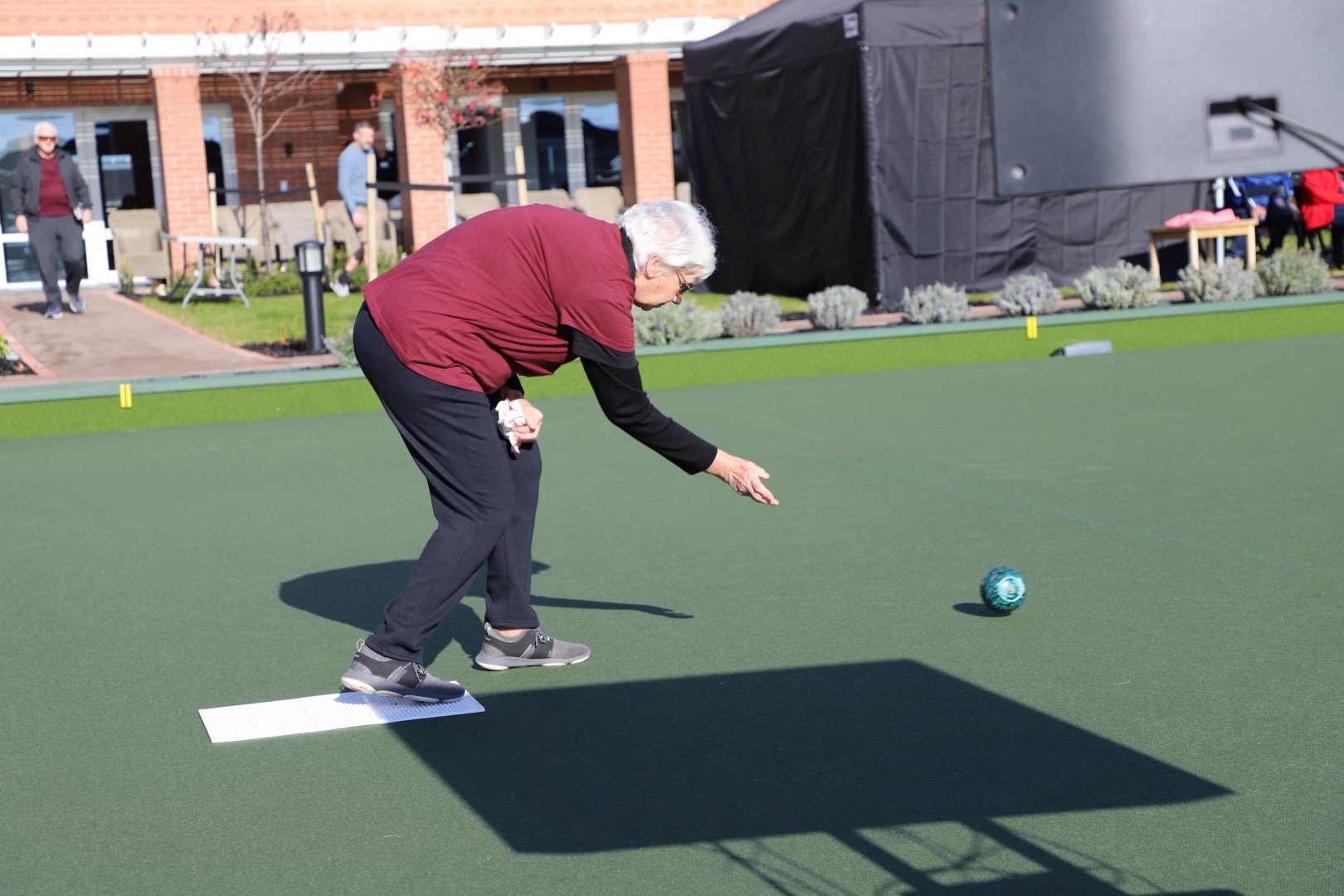 First shot of the day taken by Ann Hickey.

Aware technicians had set up a camera at each green to take an overhead view of the bowls then, using Microsoft video streaming technology and a headset that interprets the bowls’ location via GPS, they could accurately place the bowls on the two greens, making it possible for the geographically-separated teams to play each other.
Ryman Healthcare’s Chief Strategy Officer Mary-Anne Stone, said this was the future of lawn bowls.
“In the future, when we have perfected this tech, any bowls team anywhere can challenge any other to a real contest, pitching all of their physical skill and expertise, against a worthy adversary across distance, assisted by technology.”
She added: “While it is a slower game of bowls than usual, each of our competing teams have already earned the right to be part of making history. It’s truly pioneering.” 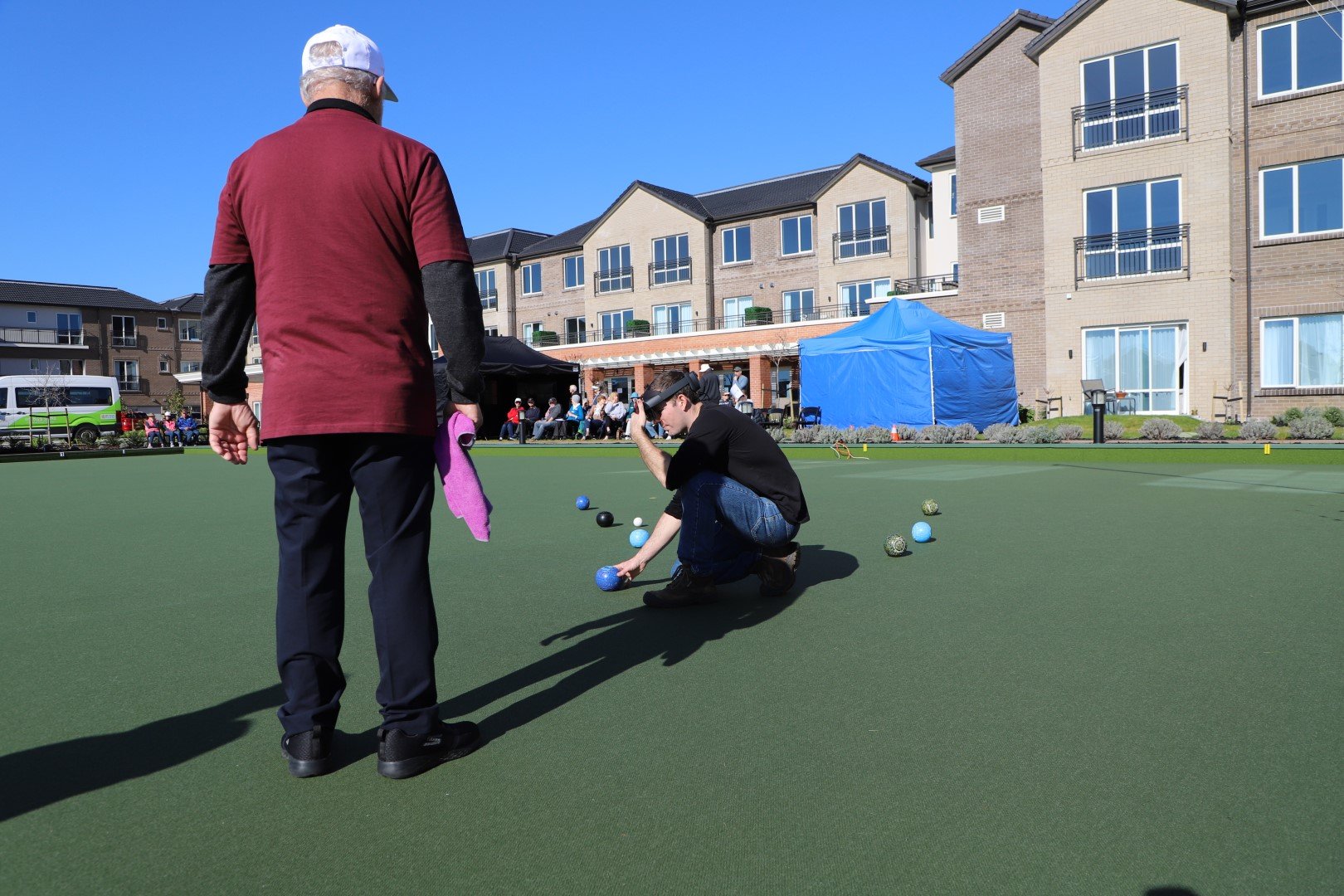 As the nerves gradually settled, Charles Upham’s team, consisting of Peter McClatchy (skip), Murray Giles, Barbara McJarrow and Gill Small, took an early lead, winning the first end.
But after that it was a clear run to the win for the Murray Halberg team who first equalised then jumped to a 6-1 win after six ends.

Murray Halberg supporters cheer their team (above) while Tom Buckley grins after a blinding shot (below). 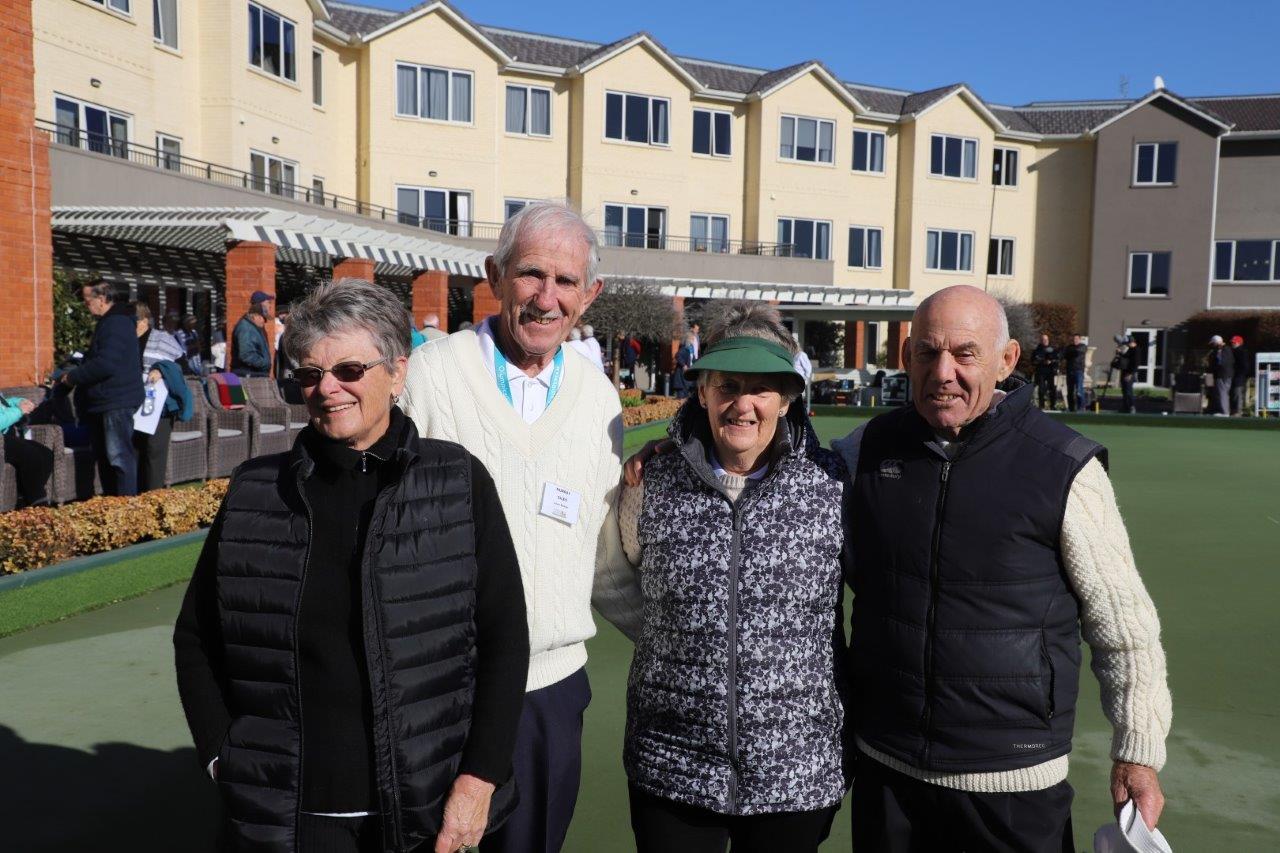 The Charles Upham team rugged up for the chilly weather.

Skipper Les Wilson said the team had thoroughly enjoyed the tournament, with the bronze medal easing the pain of their loss to the Hilda Ross team in the semi-final the previous day.
“We’ve had an absolutely wonderful time and the hospitality from the Linda Jones village has been incredible.”
“When do we go to Tokyo?” asked teammate Tom Buckley, prompting a big laugh from everyone.
The team stayed on to watch the battle for gold between their former adversaries Hilda Ross and New Plymouth’s Jean Sandel village, also playing at Diana Isaac, with the Hamilton team announced as the victors.