Apart from when they came second in the first round of the Olympics@Ryman Quiznastics, Ryman Healthcare’s Jane Mander village proceeded to ace every subsequent round to come out on top for gold.
The six-strong team won the final Olympics@Ryman event after six weeks of exciting competition in the inaugural international retirement village Olympics.
The Whangarei village made formidable opponents for the other 36 villages taking part in the much-anticipated Zoom event with 42 points scored in total.

Runners up for the silver medal were Wellington’s Malvina Major with 39 points and, after two tiebreaker questions, Gisborne’s Kiri Te Kanawa claimed the bronze medal.
Murray Halberg village in Lynfield, Auckland, who hosted Quizmaster Gordy as he delivered five rounds of Olympics-related questions, weren’t far behind however, with 35 points.
The Jane Mander team were made up of Jane Langford (Captain), Phillip Parkes, Bruce Wilson, Carol Freebairn, Bob Crooke and Bruce Holden, all big fans of quizzes held both in and outside of the village.
Self-confessed quizaholic and team Captain Jane said she jumped at the chance to register for the competition because she ‘can’t resist them’.
“I attend all the village quizzes at Jane Mander and have done so ever since we moved into the village more than three years ago.
“I also do trivia quizzes online every day and just love challenging my memory.”
While that would be sufficient preparation for many people, Jane didn’t stop there as she wanted to top up her knowledge of the Olympics, knowing that this was the topic for the Quiznastics event.
“I set about learning as much history as I could and did this over several weeks, getting my husband John to test me on around 150 Olympic facts in my ‘swot’ notebook on many evenings.” 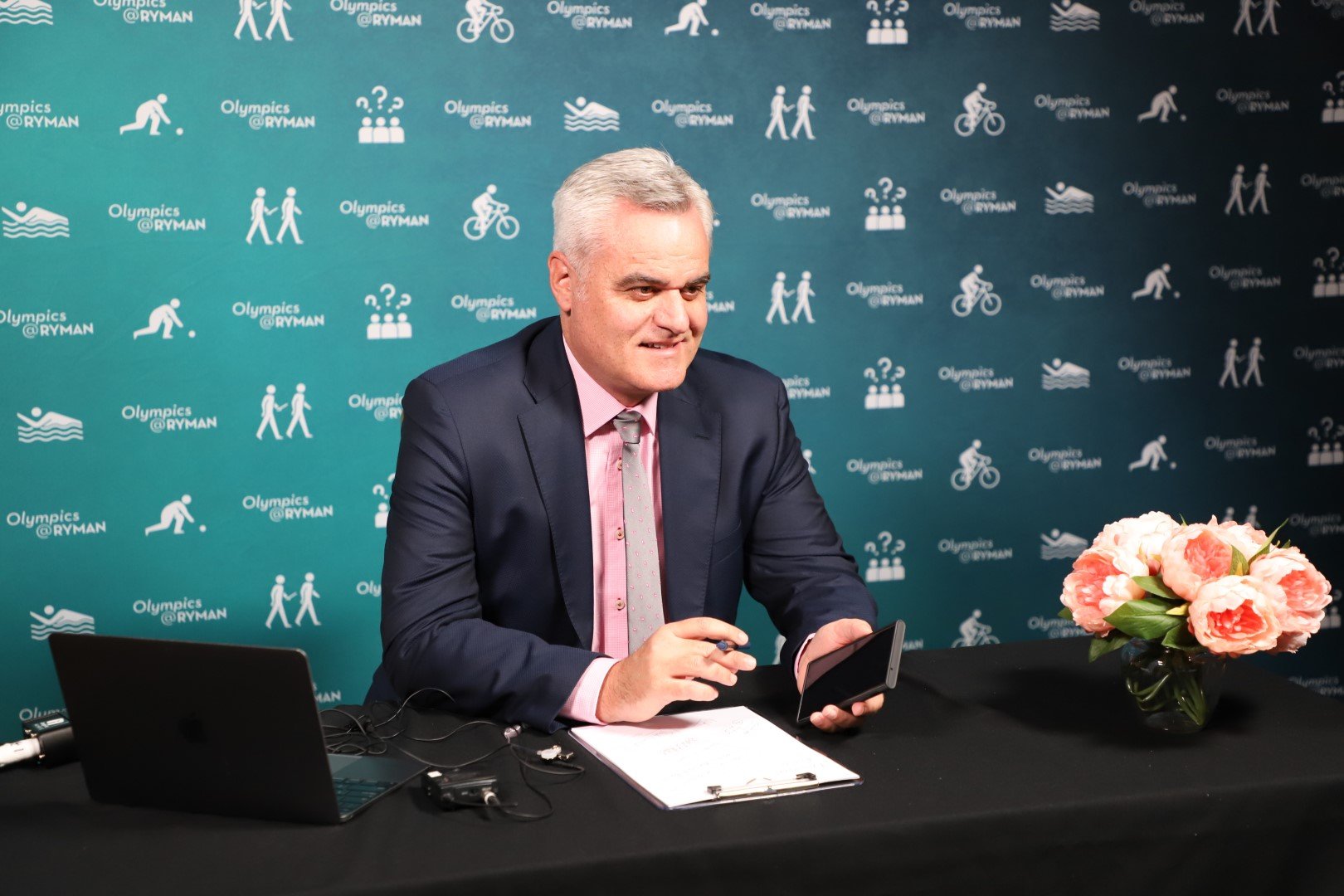 Quizmaster Gordy gets a handle on the tech before asking the hard questions! 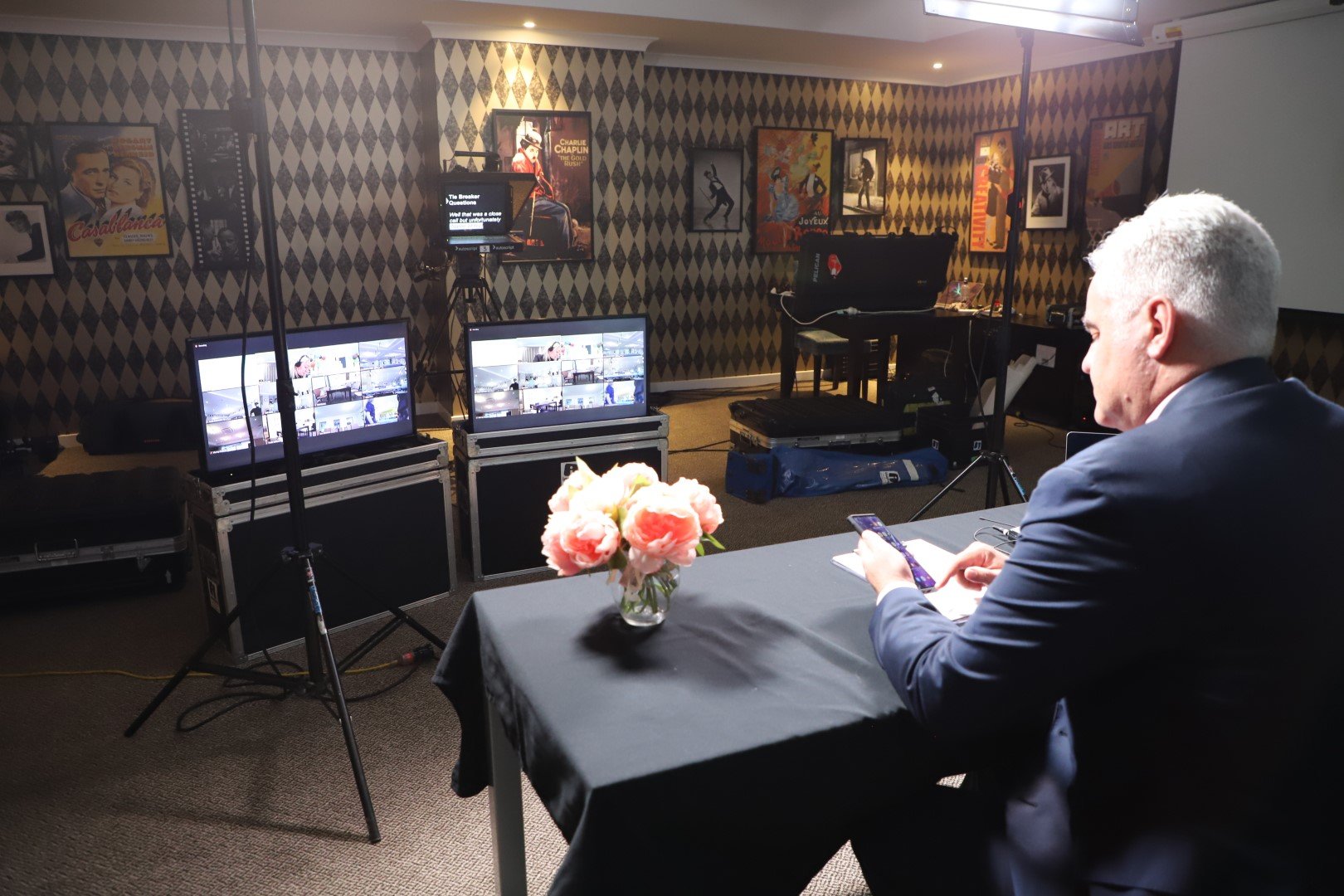 Jane paid credit to the rest of the team too, saying every team member had specific strengths on different subjects.
“We had it covered and everyone played a vital part in our success on the night.”
Nevertheless, she said it was a ‘pleasant surprise’ when they found themselves narrowly in the lead at the end of round 2 and even more surprised when they retained their lead until the end.
Describing the feeling of winning for the village as ‘fabulous’, Jane said: “We were over the moon.”
Jane Mander Village Champion Coralie Vine said she was incredibly proud of the team particularly Jane’s efforts in the weeks leading up to the big night.
“She was just amazing the way her memory retained all that information!” said Coralie.
“She just blew them all away!”
The team was now looking forward to the medal ceremony on Sunday (8 August).

To say Jenny and Roy Hardie were excited about their son Terry’s return would be a massive understatement. The couple, w...

Ryman Healthcare’s Jane Mander Retirement Village has been announced as a finalist in the Bidfood Excellence in Food Awa...