Residents from Edmund Hillary Retirement Village were amongst the first New Zealanders to experience a virtual reality tour of Hillary’s hut in Antarctica at a special launch attended by the Prime Minister and Ryman Chief Executive Gordon MacLeod today.
The residents joined students from Otara’s Sir Edmund Hillary Collegiate, who hosted the event, and a long list of special guests which included two generations of Sir Ed’s family to hear about the unique project, of which Ryman was the chief sponsor.

The virtual reality tour allows users to explore the five rooms of Hillary’s hut, which is the oldest building at Scott Base in the Antarctic.
The experience provides insight into how the 23 men of Sir Ed’s team lived and worked in the world’s most extreme environment more than 60 years ago – but rather than travelling to the Antarctic, they can do it by either by donning the VR headset, downloading the app and scrolling through or using a cardboard headset.
The project was developed in partnership with Auckland University of Technology over two years to bring greater awareness and connection to the remote hut which is inaccessible to most. 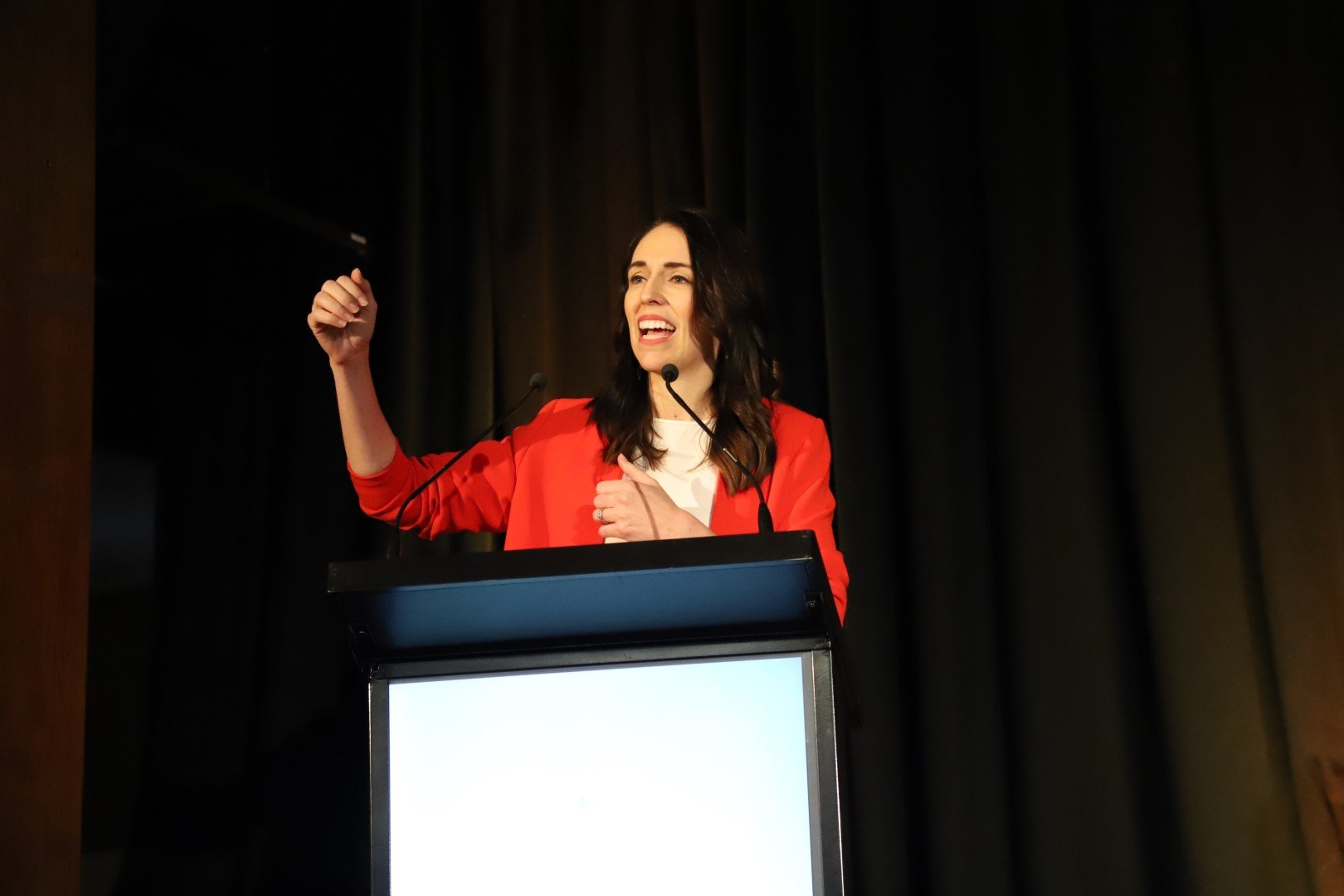 The Prime Minister, after reassuring everyone that the VR experience shouldn’t give you motion sickness, then went on to give an inspiring speech, describing how ‘truly humble’ Sir Ed was but how his incredible achievements shouldn’t make him seem a distant figure.
“My hope is that by having this experience we bring you a little bit closer to some of the extraordinary endeavours of people who are just like you and I, and in doing so we bring further proof that you too can do the extraordinary,” she said to the students gathered.
Her message echoed that of Antarctic Heritage Trust Executive Director Nigel Watson who was inspired by Sir Ed when he was a school student.
“He said that he wasn’t in the top class or the top sports team when he was a student.
“However he displayed drive perseverance and a desire to help others less fortunate,” Nigel said. “He became New Zealand’s greatest son and he was my hero.” 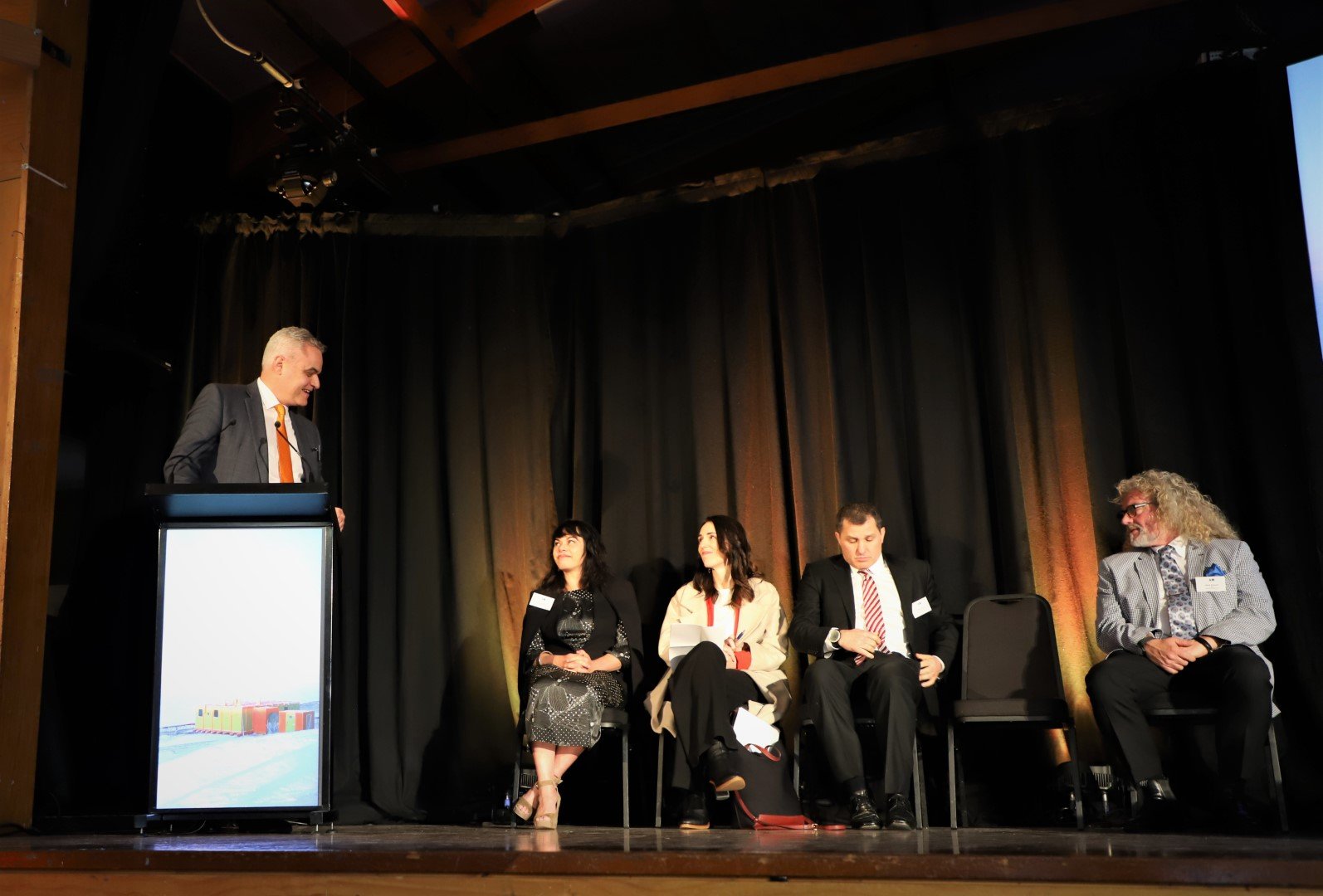 Gordon congratulated the Prime Minister for the ‘tremendous job’ the Government had done during the pandemic and explained to the audience why that response had been pivotal to keeping Ryman’s 12,000 residents safe.
He then revealed that Ryman had jumped at the chance to be involved with the unique project, which had become particularly pertinent given the post-Covid effects on travel.
“This project will bring a unique Antartic experience to thousands of people who otherwise could not get there,” he said.
“Sir Ed’s hut is part of the rich history of Antarctic exploration and we will be taking this experience to as many of our residents as we can. I am sure they are going to love it.”
The audience enjoyed many light moments during the speeches, including when Senior School Principal Kiri Turketo revealed she was quite nervous due to having a ‘Jacinda fangirl moment’, when Gordon went off on a tangent and tried to recruit students to come and work for Ryman and when Jacinda confessed to forgetting to introduce the video explaining how the VR technology had come about! 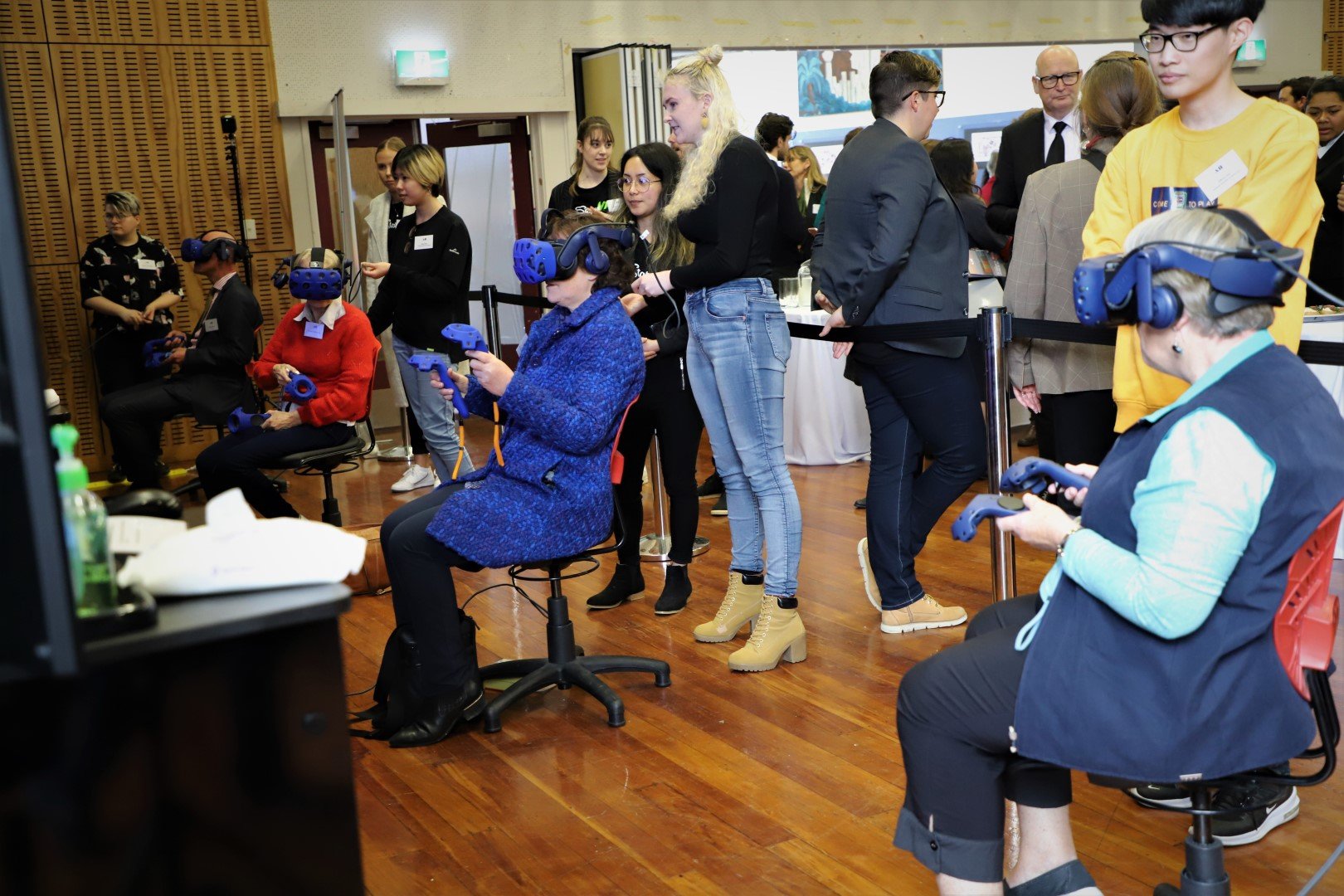 The residents who came said they had a fantastic morning with two of them, Cookie Goldsworthy and Carol Jones, saying how thrilled they were to get the chance to experience the tour of Sir Ed’s hut.
“It was incredible, it felt just like you were there,” Cookie said, adding that she didn’t get affected by motion sickness just like Jacinda had assured everyone.
The initial launch date was scheduled in March at Ryman’s Edmund Hillary Retirement Village but was delayed due to the Covid-19 restrictions and nationwide lockdown.
The Trust’s General Manager Operations and Communications, Francesca Eathorne, who oversaw the project development, said there were plans to bring the VR experience to some of Ryman’s retirement villages.