A presentation on the life and works of New Zealand artist Evelyn Page became a mini-family reunion after the event.
Evelyn’s great niece Kaylene McNabb from the Polson side of the family met Roddy Page, a nephew of Evelyn’s husband Freddy, after the informative talk, adding some further insights on the artist for presenter Julia Waite.
The event was just one of many Auckland Heritage Festival events about village namesakes organised by Ryman Healthcare which were aimed at delighting residents and visitors alike.

As Curator of New Zealand Art at Auckland Art Gallery, Julia was perfectly placed to demonstrate to attendees how the work of Eve Page, as she was generally known, was so ground-breaking and ahead of its time.
She detailed Eve’s early life growing up in Canterbury as the youngest of seven children who was doted on by her parents who were in their 40s when they had her.
They encouraged her in her artistic pursuits, which saw her become first a student then a teacher at the Canterbury College School of Art and later a founding member of anti-establishment group of artists known as The Group.
Julia discussed some of the key influences on Eve’s work and how her choice of subjects often reflected the company she kept, many of her friends being fellow artists, musicians and writers of the era.
This was how she met her soon to be husband Frederick Page.
“She travels with him in Europe unmarried which shows what a liberated and modern woman she was.”
Eve was, according to one 1929 reviewer, ‘a painter with whom future histories of art will have to reckon’.
Said Julia: “I think we’re still trying to reckon with Eve Page. She was somewhat of an insider.
“She was close friends with some of the movers and shakers of New Zealand arts but her work was on the edges of the mainstream.”
One of her most famous works, Summer Morn, from the same year was what made her ‘somewhat of a legend in New Zealand history’, Julia said.
“A luscious nude painted outdoors – this was real radical territory, particularly for a young woman artist.
“It’s a very romantic image, there’s escapism, an element of sensuality… and the nude remained a major focus for Eve Page right through her career.”
While Eve wasn’t the most prolific of painters, her sheer longevity ensured a sizeable body of work over seven decades which was the subject of a major touring exhibition in 1986, two years before her death at 89. 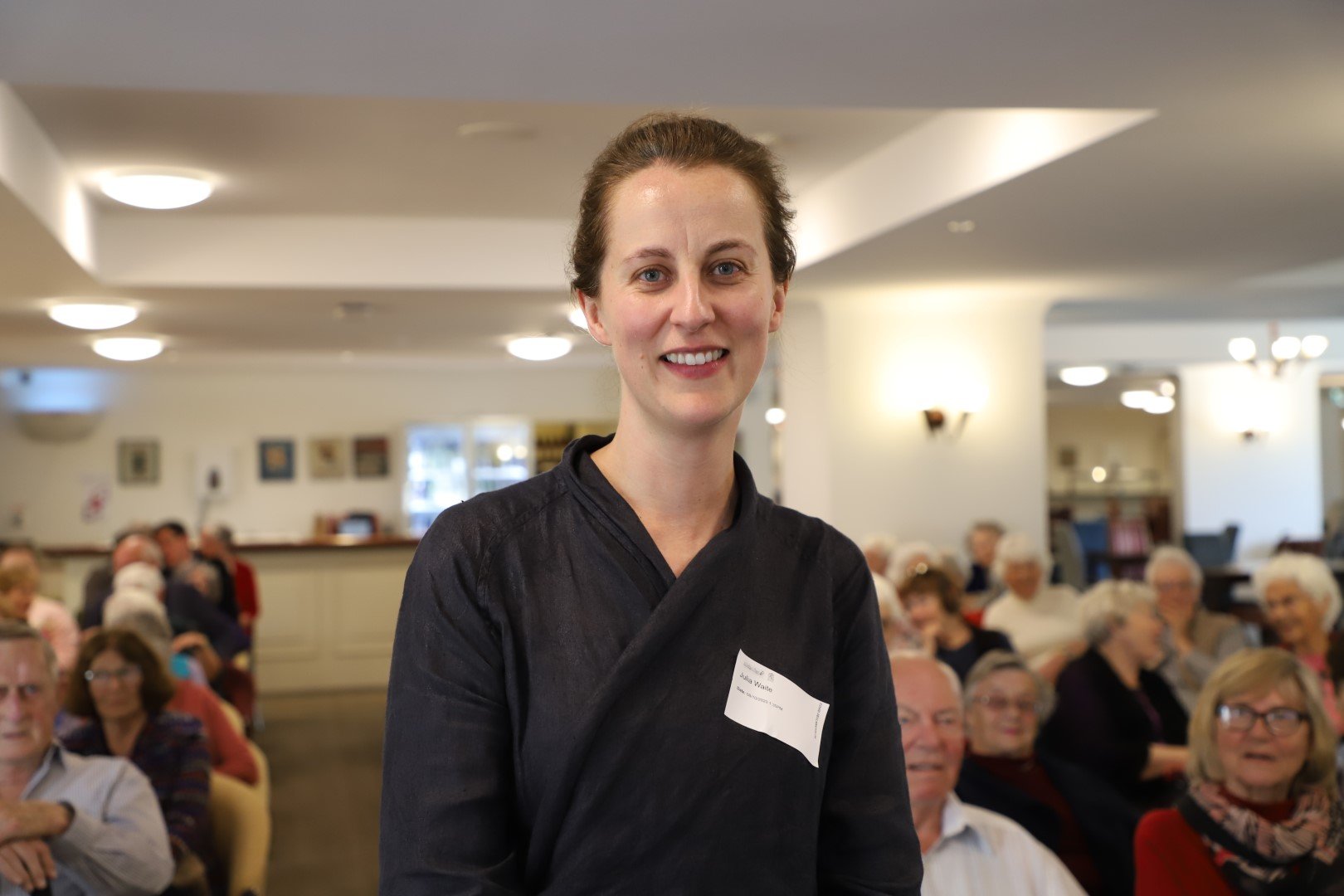 Presenter Julia Waite who is Curator of New Zealand Art at the Auckland Art Gallery.

She was still being commissioned to do portraits late into her career and continued to paint the world as she saw it despite various challenges.
“She did suffer from health complaints like arthritis - she couldn’t take the lids off the tubes of her oil paint but there was no holding her back as you can see,” said Julia.
She was delighted to see references to Eve’s career around the village, ranging from apartment blocks named after her paintings, prints of her works on display, and a large portrait of the artist herself commissioned by Ryman by the artist Craig Primrose QSM.

In search of a secure, safe haven at Evelyn Page

Selling your home and moving into a retirement village can be a stressful experience at the best of times, but factor in...