While Level 4 lockdown is not ideal, the return of team members in fancy dress dancing to catchy tunes to entertain residents would have to be one of the highlights.
Beneath the masks and visors were Toni, Olive, John, Michelle, Julia, Janine and even Village Manager Dean Jackson who for a brief period cast aside his other village duties to join them in bringing on the boogie.

The team took their position on the grass below Scott, Mallory and Shackleton apartment blocks to blast out hits from the 50s and 60s ranging from Elvis to Cliff Richard, Ray Charles and Bill Haley. 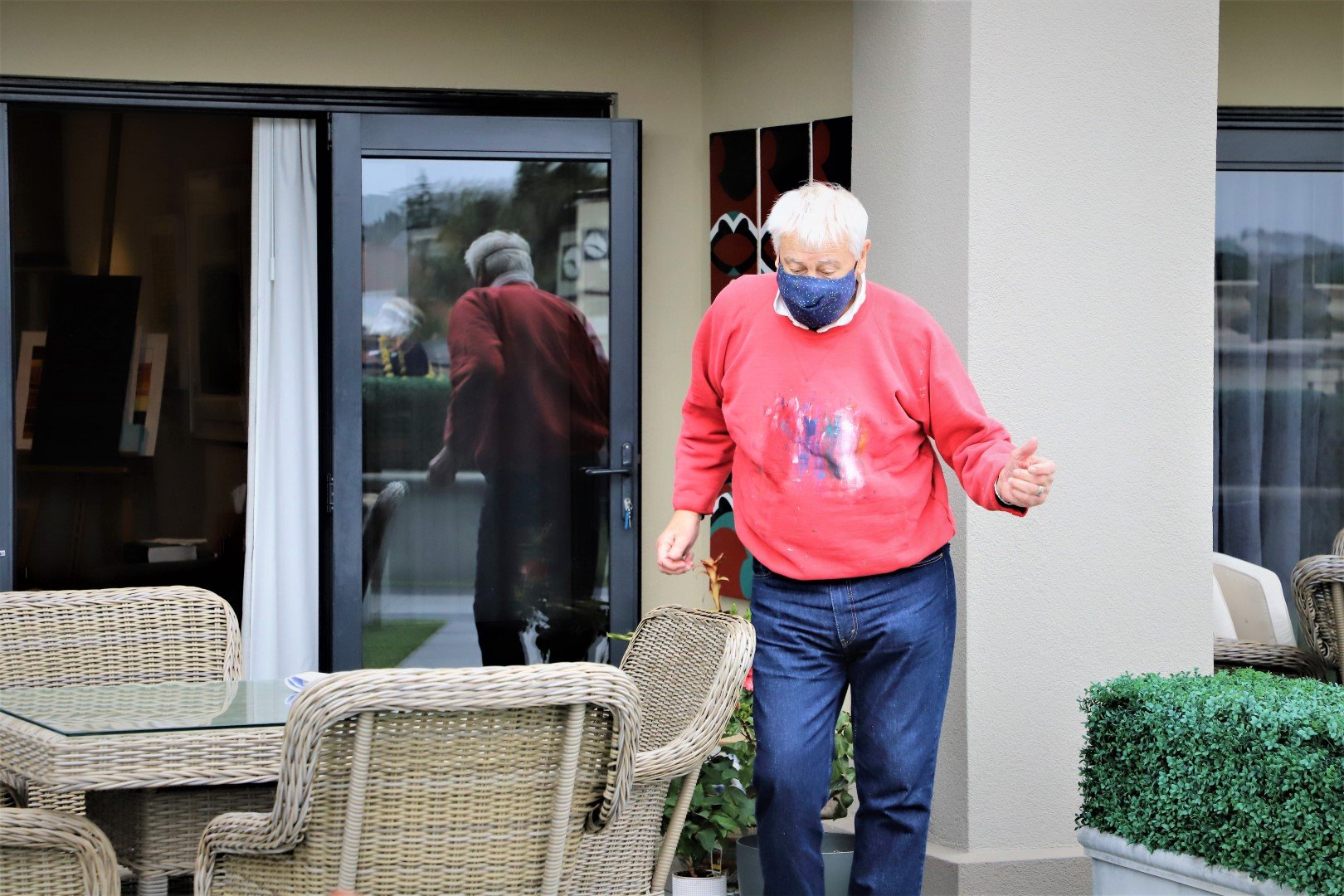 The residents really showed they’ve got the moves with plenty of jiggling and jiving on display.
After a Shake, Rattle and Roll in that spot the team moved onto the deck above the village centre for some 70s hits, including Love is in the Air, Summer Nights and Raindrops Keep Falling on My Head.
Fortunately the rain held off but a reprisal of Here Comes the Sun didn’t quite turn on the sunshine as desired!
Nevertheless, the smiles generated from residents were radiant enough, with one describing the afternoon as ‘Auckland’s Got Talent’!
And with Level 4 lockdown set to stay in place for two more weeks in Auckland it will be same time, same place for the next instalment.
The musical interlude was an ideal way to end the week, given the fact that residents had already received their Happy Hour in a bag deliveries earlier in the afternoon. 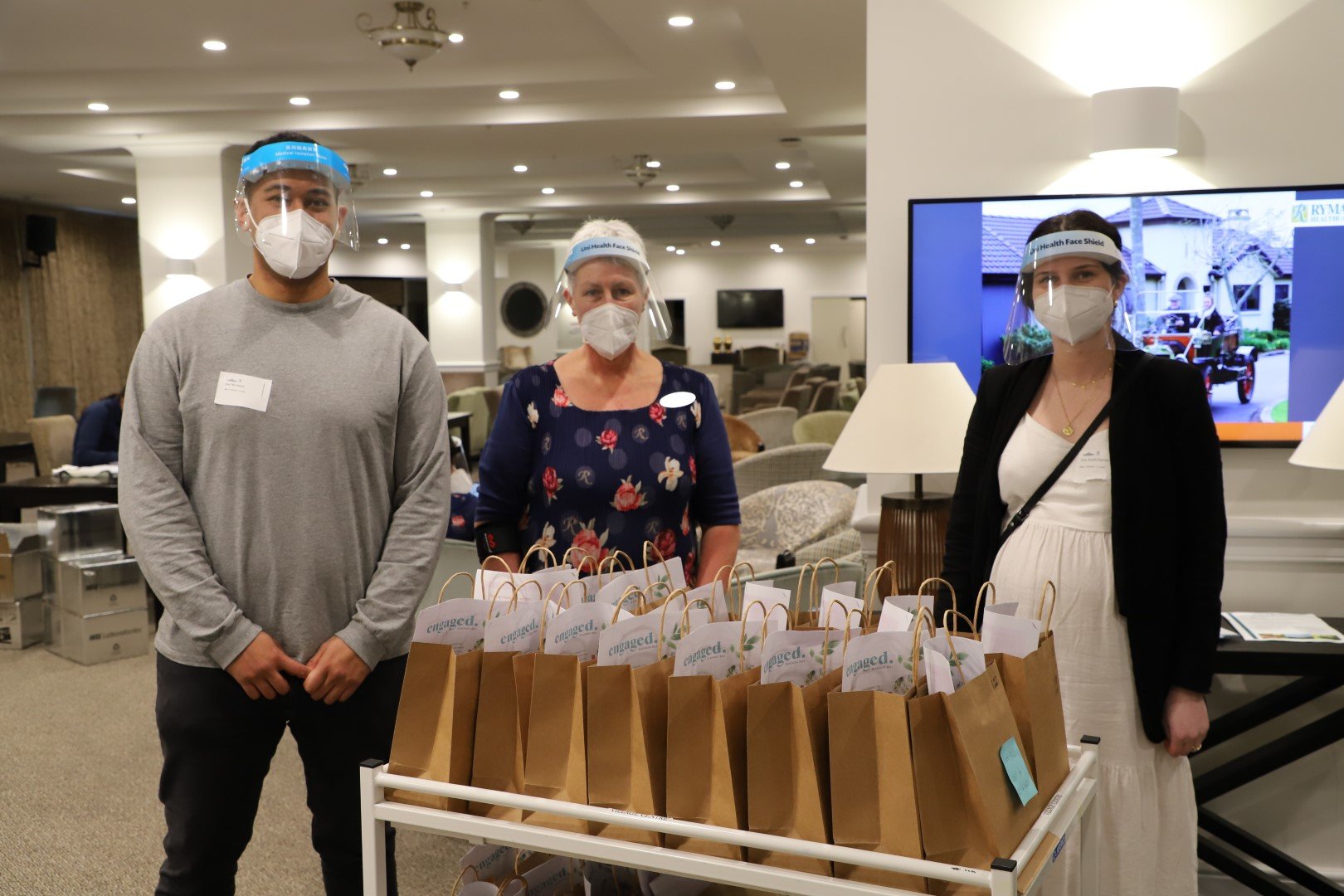 Redeployed office staff had joined the village team in dropping off trolley loads of goodies, which include beer or wine, some snacks and a newsletter to read.
While many residents knew the drill from last year’s lockdown efforts, newer arrivals were thrilled at the thoughtfulness, with common responses being ‘it’s like Christmas’, ‘that’s so kind’ and ‘how lovely!’