The award recognises Professor Rockwood’s more than 30 years of research, collaboration and practical clinical work for older adults living with frailty and dementia and his long-term campaign to battle ageism in healthcare. 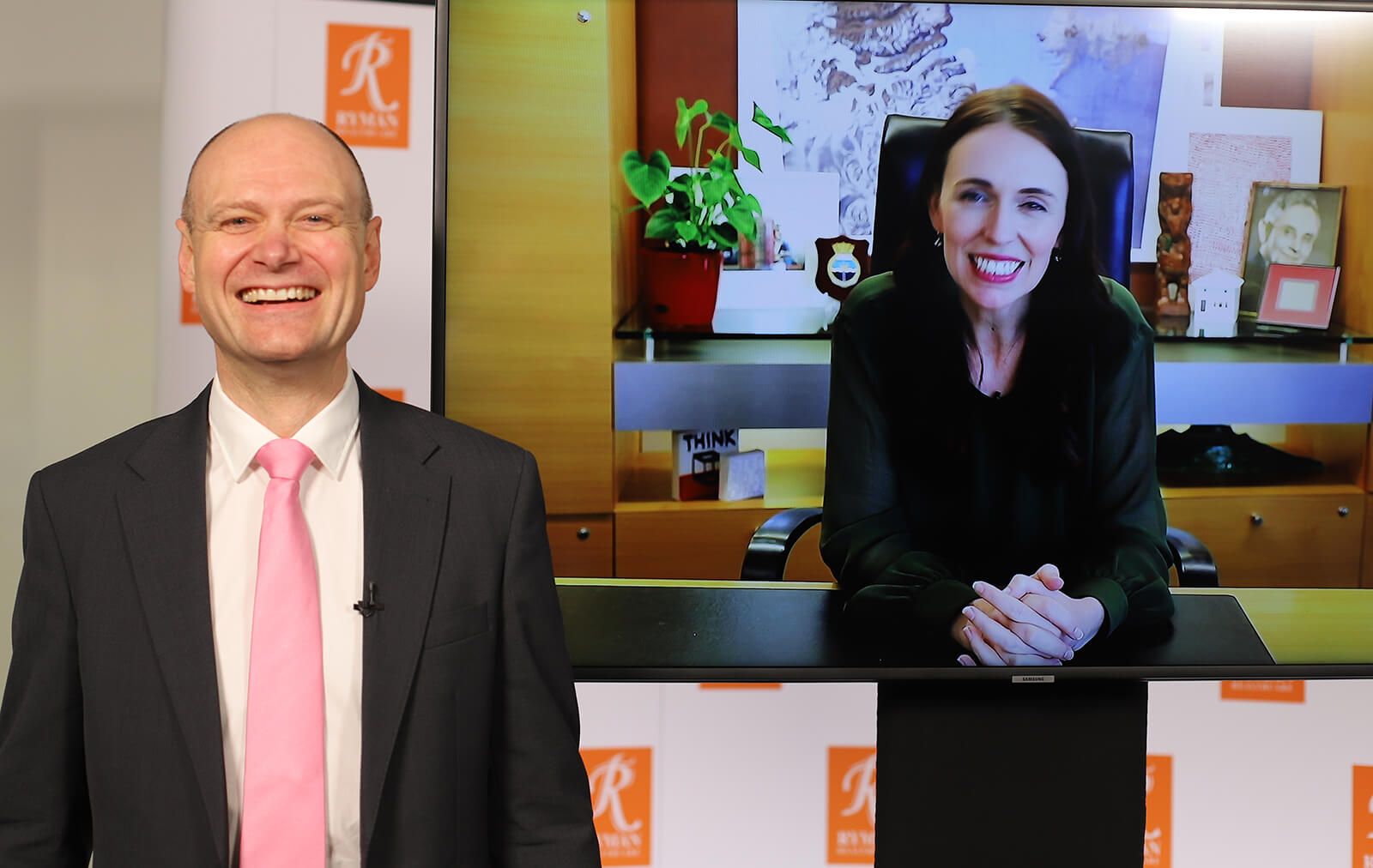 The Ryman Prize is an annual $250,000 international award for the best work carried out anywhere in the world that has enhanced quality of life for older people. It is the richest prize of its kind in the world.

The prize has been awarded seven times and the winner is normally presented with the medal in person – but the COVID-19 pandemic meant Professor Rockwood could not travel to New Zealand to collect his prize and medal.

Professor Rockwood said the pandemic meant the health of older people was more important than ever.

“This is a fantastic recognition and the timing could not be better. It will give momentum and recognition to do a whole lot more research and work for a greater good.’’

The Ryman Prize attracts a world-class field of entrants each year. Each winner is chosen by an international jury of experts from across many disciplines.

Professor Rockwood was singled out for this year’s prize for a truly unique contribution to the understanding of ageing, Ryman Prize Director David King said.

“Professor Rockwood is a truly outstanding clinician and academic who has spent many decades combining his practical experience with a research basis to try and truly understand the causes of ageing. His Clinical Frailty Scale is used internationally, and he has made a massive contribution to scientific literature with hundreds of peer reviewed articles and contributions in the world’s leading medical research journals.

“One of his greatest contributions has been to combat ageism. His work has helped debunk common misconceptions that complex problems faced by older people – such as delirium, cognitive issues and frailty – were part of normal decline and that treatment options were limited.

“His other great contribution has been as a teacher and a clinical leader, inspiring talented specialists to join the field. As a result of his inspiration the work of a whole new generation of Ken Rockwoods is likely to benefit older people around the world in the years to come.’’

“Without a doubt he is made an enormous contribution to the health and care of older people, and he thoroughly deserves our gratitude.’’

Kenneth Rockwood lives in Halifax, Nova Scotia, Canada. He is Professor of Geriatric Medicine and Neurology and the Kathryn Allen Weldon Professor of Alzheimer Research at Dalhousie University in Halifax. He is Senior Director of a newly formed Frailty and Elder Care Network at Nova Scotia Health and is an Honorary Professor of Population Science and Experimental Medicine, University College, London.

About the Ryman Prize:

The Ryman Prize is administered by the Ryman Foundation. The annual prize consists of a $250,000 grant which is awarded by an international jury to the best invention, idea, research concept or initiative that has enhanced quality of life for older people.

It is the world’s richest prize of its type and was established to create the equivalent of a Nobel Prize for people working in the field of the health of older people.

The prize was launched in 2015 and has been awarded seven times.

The inaugural prize was won by Gabi Hollows, the founding director of The Fred Hollows Foundation. Gabi Hollows set up the charity with her late husband Professor Fred Hollows, and together they worked tirelessly to tackle the problem of preventable blindness in older people in the developing world.

The 2016 Ryman Prize was won by Professor Henry Brodaty. Professor Brodaty is a pioneer in diagnosis and treatment of Alzheimer’s and dementia.

The 2017 Ryman Prize was won by Professor Peter St George-Hyslop, a geneticist and researcher based at Cambridge and the University of Toronto. Peter spent 30 years researching neuro-degenerative diseases, focusing on discovering the key genes and proteins that cause cells to degenerate.

Japanese inventor and technologist Professor Takanori Shibata won the 2018 Ryman Prize for his tenacity in pursing new technology to help ease the burden of older people suffering from dementia.

The 2019 Ryman Prize was won by Canadian neurosurgeon Dr Michael Fehlings. Dr Fehlings won the prize for his pioneering work for older people suffering from Degenerative Cervical Myelopathy (DCM), a degenerative neck compression problem which is the most common form of injury to the spinal cord.

The Ryman Prize jury consists of: