A talent for ballet and a love of performing has given Murray Halberg resident Bernard Jamieson a long and busy career on the stage – but he won’t be offended if you’ve never heard of his name before.
“I really never stopped working. I worked from one show to the next, or rather one flop to the next flop!” he laughs.
The second youngest of 11 children, Bernard grew up in Mt Eden where he went to Mt Eden Primary School, Kowhai Intermediate and Mt Albert Grammar School.
When he left school at 15 and got a job at the post office he paid for his own lessons and had the good fortune to attend the highly acclaimed Nettleton-Edwards Ballet School.

A member of the Australian Borovansky Ballet came through to New Zealand and one of the dancers, Poul Gnatt, who later becoming the director of the NZ Ballet, decided to stay on, and along with Daphne Kirner, became Bernard’s teachers.
“They were from another world.
“It wasn’t that I loved ballet, it was that I loved showbusiness and performing, and yes, that reaction from the audience.”
He moved to Australia and soon landed parts in Tivoli, Zip goes a Million and ‘a few operas’ before joining the Borovansky Ballet for 18 months.
By the mid-1950s the UK beckoned and once again luck went Bernard’s way.
“I arrived on the Monday, auditioned on the Wednesday and started my first job the following Monday, in Summer Song.
“My whole time in England, in a nutshell, well God must have been watching over me because I never stopped working.”
Bernard says at one point he had five different jobs on the go, including performing in a show, working as a dancer in a nightclub afterwards, directing an amateur show and teaching, and being a male dancer with a height of 6’1” certainly helped him be in constant demand. 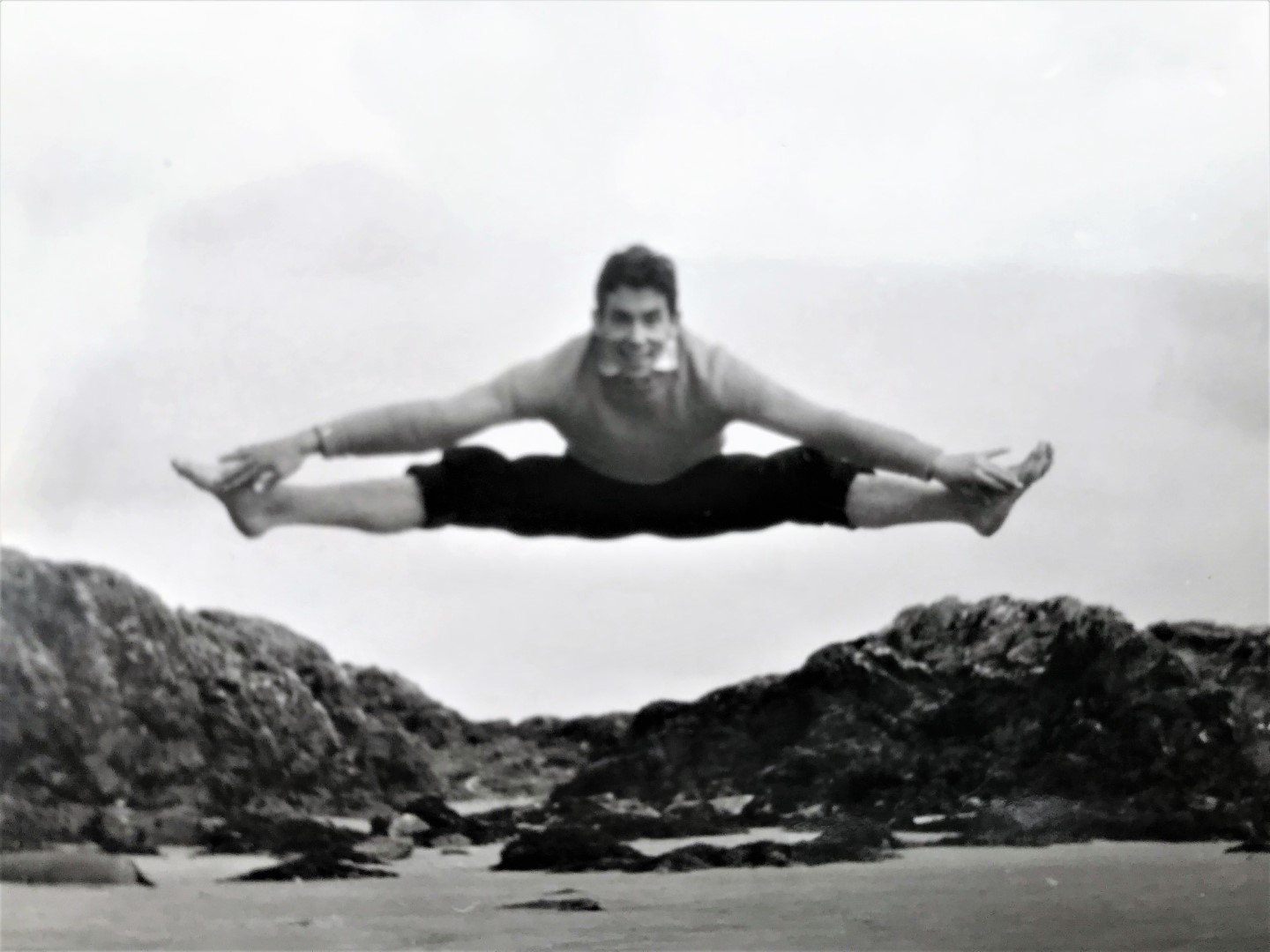 When he answered an ad asking specifically for ‘tall boy dancers’ the course of his life was forever changed.
“It was for a six month contract at a nightclub in Brussels. I stayed on to work at a different nightclub and Angela was also dancing there, so that’s how I met my wife.”
The pair married in 1956 when Bernard was 25 and they went on to have three sons, none of whom followed in their parents’ dancing footsteps however.
He clocked up small roles in well known movies such as The Private Life of Sherlock Holmes, The Beachcomber with the last one, The Main Attraction, starring Nancy Kwan and Pat Boone, being the easiest.
“I took over from Lionel Blair. I can remember walking there and this American guy said in his drawl ‘hey do you know anything about this sort of thing?’.
“His wife was a ballerina and he was talking about lifting. So I got the job, and it was the easiest job I ever had in my life!”
He also featured in 20 West End shows with the highlight being a run of more than two years in the Danny La Rue Show.
“It was at the Palace Theatre and he packed out every performance. Very few attractions did anything like that length of time.
“And what a nice man. There was none of that ‘look at me, I’m the star’ nonsense, he was very down to earth and he always looked after his boys,” says Bernard.
For Bernard’s own finishing night, he says he finally saw his own name up in lights in the West End.
“It was with the singer Anita Harris who was trying to make her return to popularity, and unfortunately it didn’t work out.
“So that was my farewell, I ended up going out on a failure. But at least I had my name in lights!” he laughs.
Bernard moved back to New Zealand in his late 60s and continued with his love of travelling, narrowly avoiding being stranded in India when the pandemic struck.
Now 90, and the last remaining of his siblings, he is happy to continue on the path destiny takes him.
After a marathon 87-day respite stay at Murray Halberg, drawn out by the lockdowns, he decided to make it a permanent move.
“I always let destiny throw me where it wants me to go and I have been very, very lucky.”