There’s a sense that Murray Halberg Retirement Village resident Eunice Limpus has been asked what her secret for long life is more than once.
Not least because her daughter Janice, who she shares an apartment with at Ryman Healthcare’s Lynfield village, already knew the answer.
“Breathing!” Janice laughed before the special celebration with fellow residents, friends and family joining them from around New Zealand and even Australia. “I bet you that’s what Mum will say!”

And sure enough, when asked ‘what’s your secret?’ Eunice said exactly that, with an added twinkle in her eye: “Breathing!”
When complimented on her youthful appearance, Eunice modestly protested that her legs certainly felt 100 but otherwise she felt just the same!
An estimated 100 guests filled the village activity room which was beautifully decorated with balloons, streamers and old photos from Eunice’s long life. 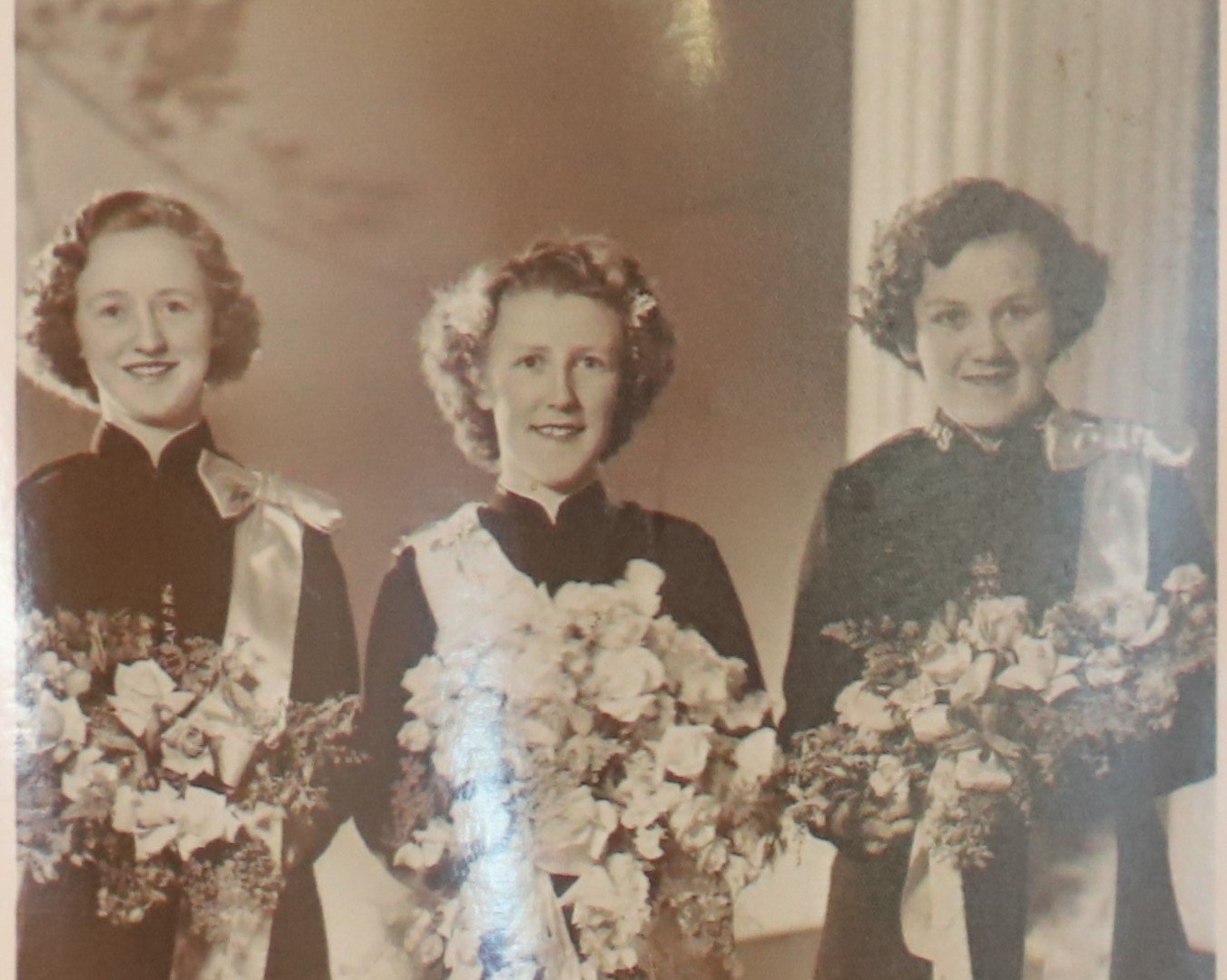 She was the oldest of three siblings who were separated when Eunice was 10 when her mother died of meningitis aged 31.
Young Eunice went to live with her grandparents and when she was older married Bill Limpus, a chaplain in the Salvation Army at Motutapu who went on to work with prisoners in rehabilitation.
Eunice worked in a shoe factory and for Air New Zealand and also ran a home for boys with Bill, helping wayward teenagers who hadn’t been naughty enough for prison.
Later she ran a live-in home for older lades in Mt Eden. 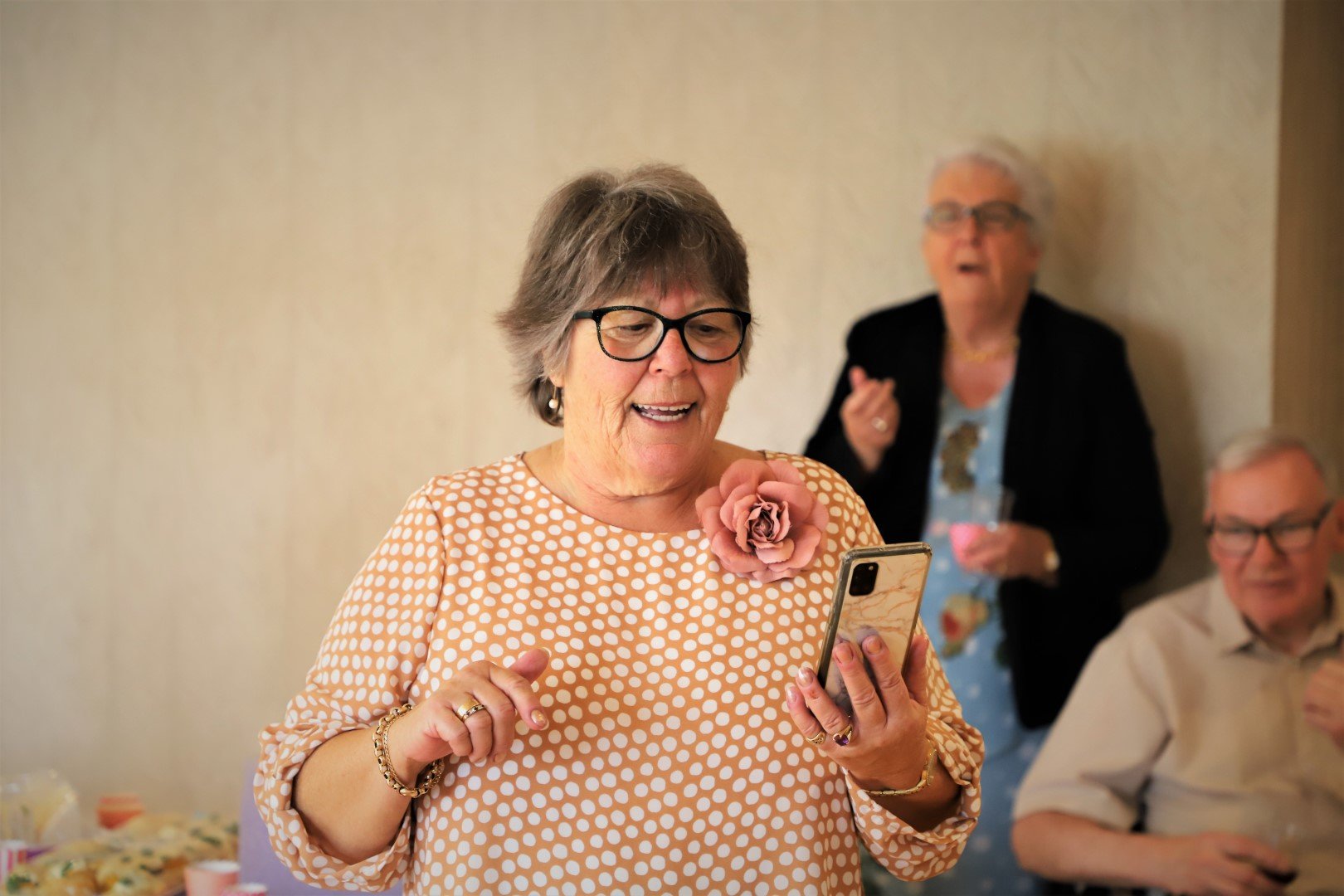 Daughter Janice who lives with Eunice at Murray Halberg

“I’m biased but her and dad were tremendous people, really good people who were always helping others, and they loved me unconditionally,” said Janice.
Janice, who used to run a hairdressing business, said her mum would even help her in the salon.
“She would be the shampoo girl!
“Apart from when I was married for eight years, we have been together all our lives. She even moved into the village here for me.
Janice, who with Eunice has lived at the village for 14 months now, opened proceedings with a sweet speech comparing the qualities of her Mum with those listed in Verses 22 and 23 in the New Testament’s Galatians book which read as follows:
“But the fruit of the Spirit is love, joy, peace, forbearance, kindness, goodness, faithfulness, gentleness and self-control. Against such things there is no law.”
Said Janice: “When I read them truly I was amazed because the Bible was describing my Mum.
“You’re amazing, I love you Mum.”
She then added: “And no, we are not sisters!” which was met with a big laugh from the guests. 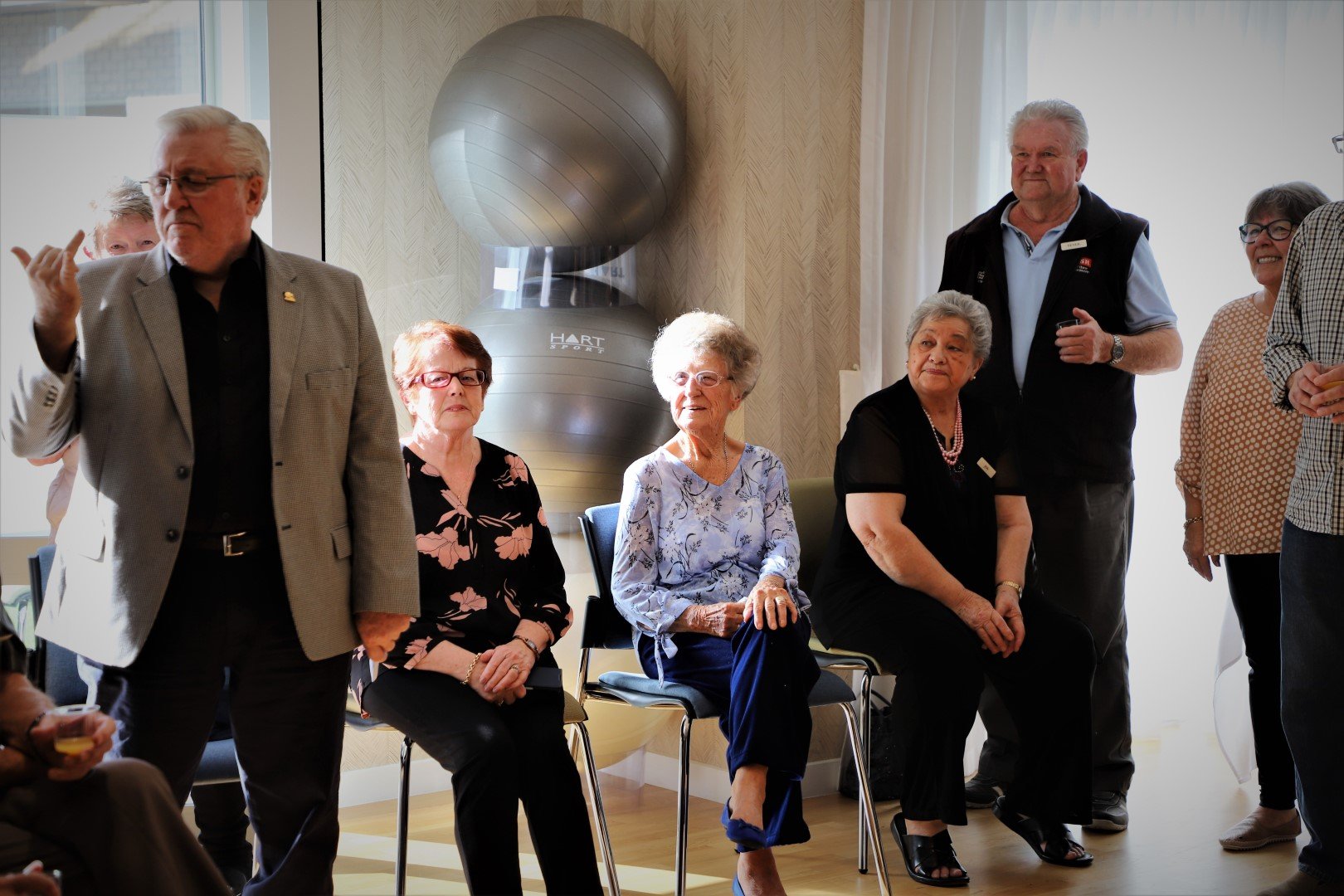 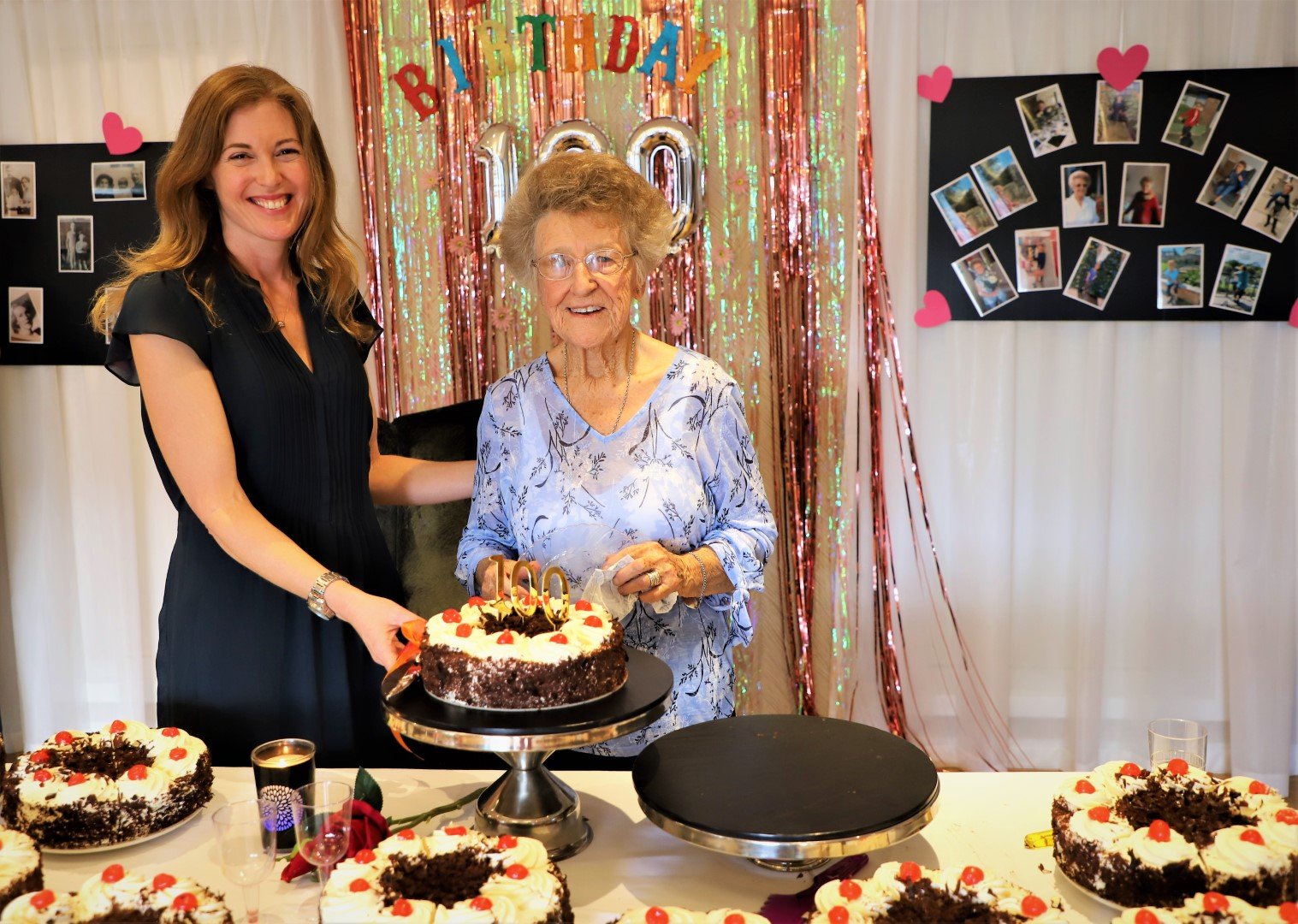 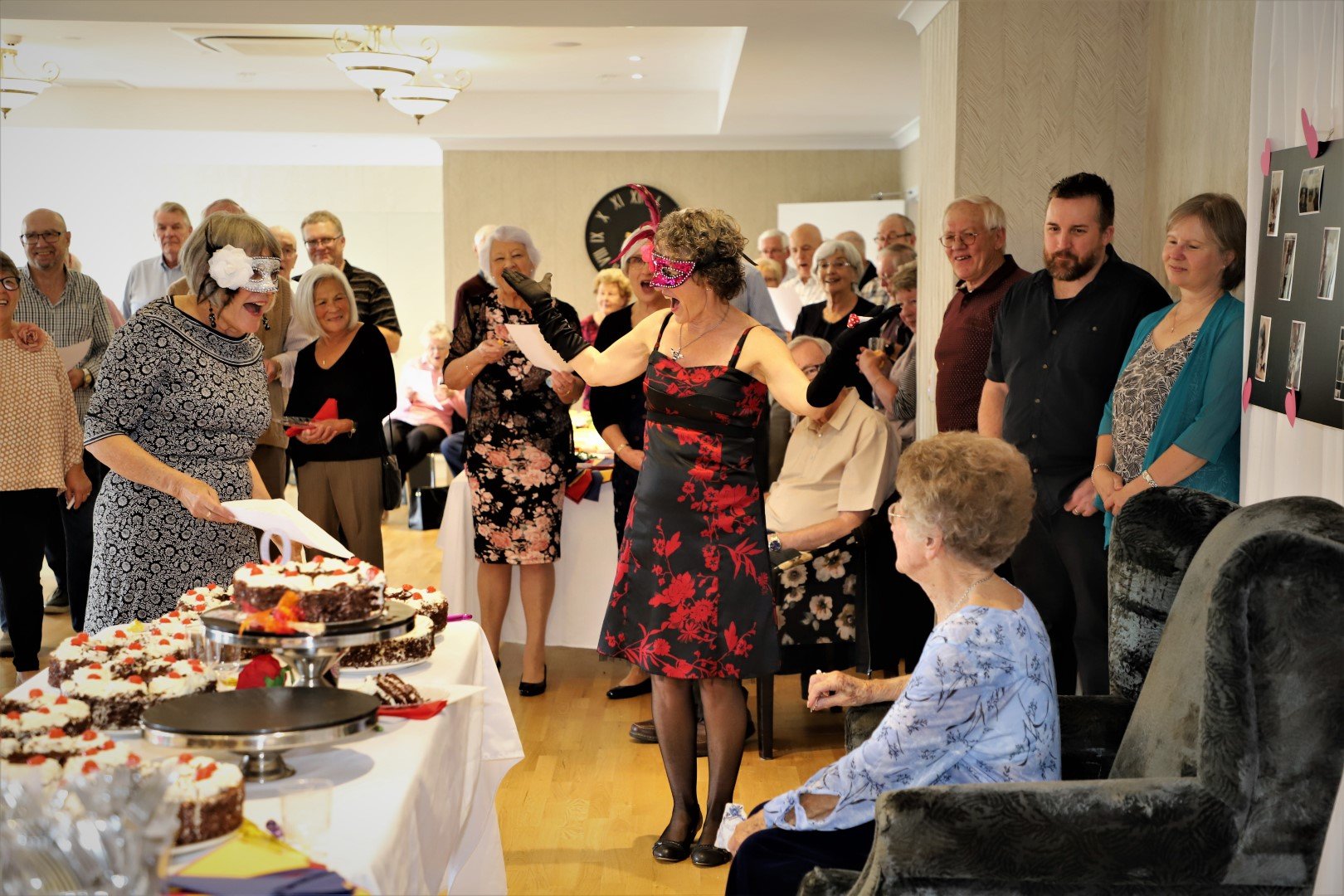 Eunice’s son Grant said Grace before another relative played happy birthday on the cornet.
The guests then joined nieces Glennis and Judy in a specially worded rendition of Hello Dolly changed to Hello Aunty before the birthday cake was brought out to be shared around.