The Winner Takes It All!

Back to Ryman news
Written by Maryvonne Gray
on March 29, 2021

It all started with an off the cuff joke by Grace Joel entertainer Dr Joe McDermott aimed at getting residents up and dancing.
He jokingly teased the residents and staff that they could be part of an international dance competition with Activities Coordinator Avrill Burchill leading the charge, and from this an idea for an inter-village Abba-inspired dance-off was spawned.
The climax was a laughter-filled finals event held at the St Heliers village during Happy Hour last week.

With the host village’s own entry pulling out at the last minute due to a combination of health and availability reasons, it was down to three ladies from Bruce McLaren in Botany who met their Waterloo with a couple who had travelled all the way from Possum Bourne in Pukekohe. 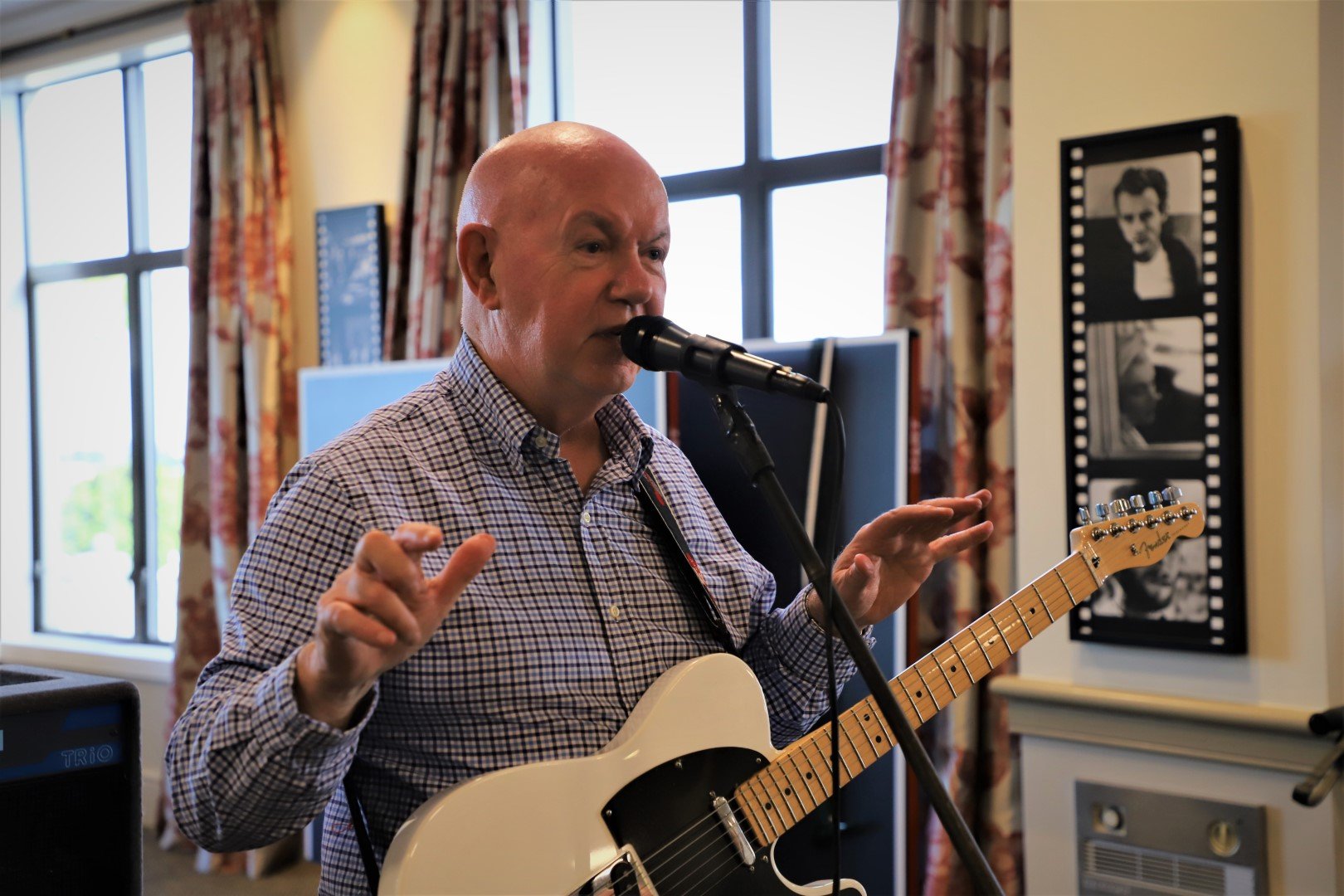 Both groups had been approached by their respective activities coordinators who recognised in their residents equal amounts of skill and enthusiasm for trying something new and having a bit of fun.
Possum Bourne’s Dianne Lemmon and Murray Barber love to dance at any given opportunity with ballroom being their choice of dancing style.
The pair have known each other since primary school and were even chosen as dance partners to learn the Queen Elizabeth Waltz as part of the 1953 coronation celebrations.
While they lost touch as adults, they have both since moved into the village and have renewed their friendship, and their dancing, The Way Old Friends Do, as the Abba song goes.
Says Murray: “We didn’t know if we could still dance but they had something on at Possum Bourne one night and I said ‘shall we have a dance?’ and it just happened!” 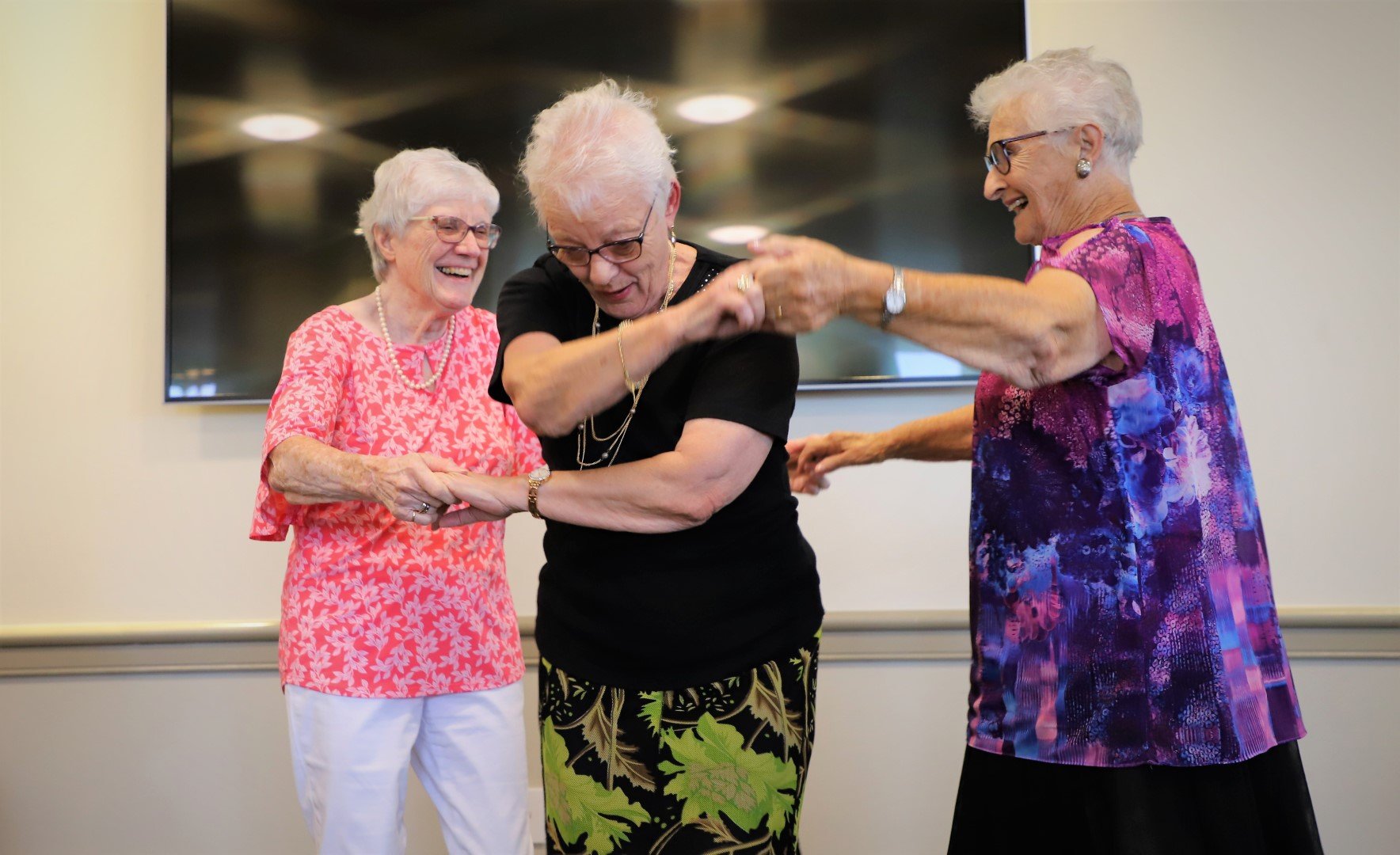 The Bruce McLaren team was all smiles

Sylvia Crittenden, from Bruce McLaren, said the Abba element was the main drawcard.
“We love the (Mamma Mia) show and we love the movie.
“We got a phone call from Jerry saying we were the chosen ones so here we are!” she laughed.
There was definitely a sense of anticipation in the air amongst the Grace Joel residents who were also the judges for the night.
As the first notes of Abba’s big hit Super Trouper rang out, the dancers took to the floor and began their moves. 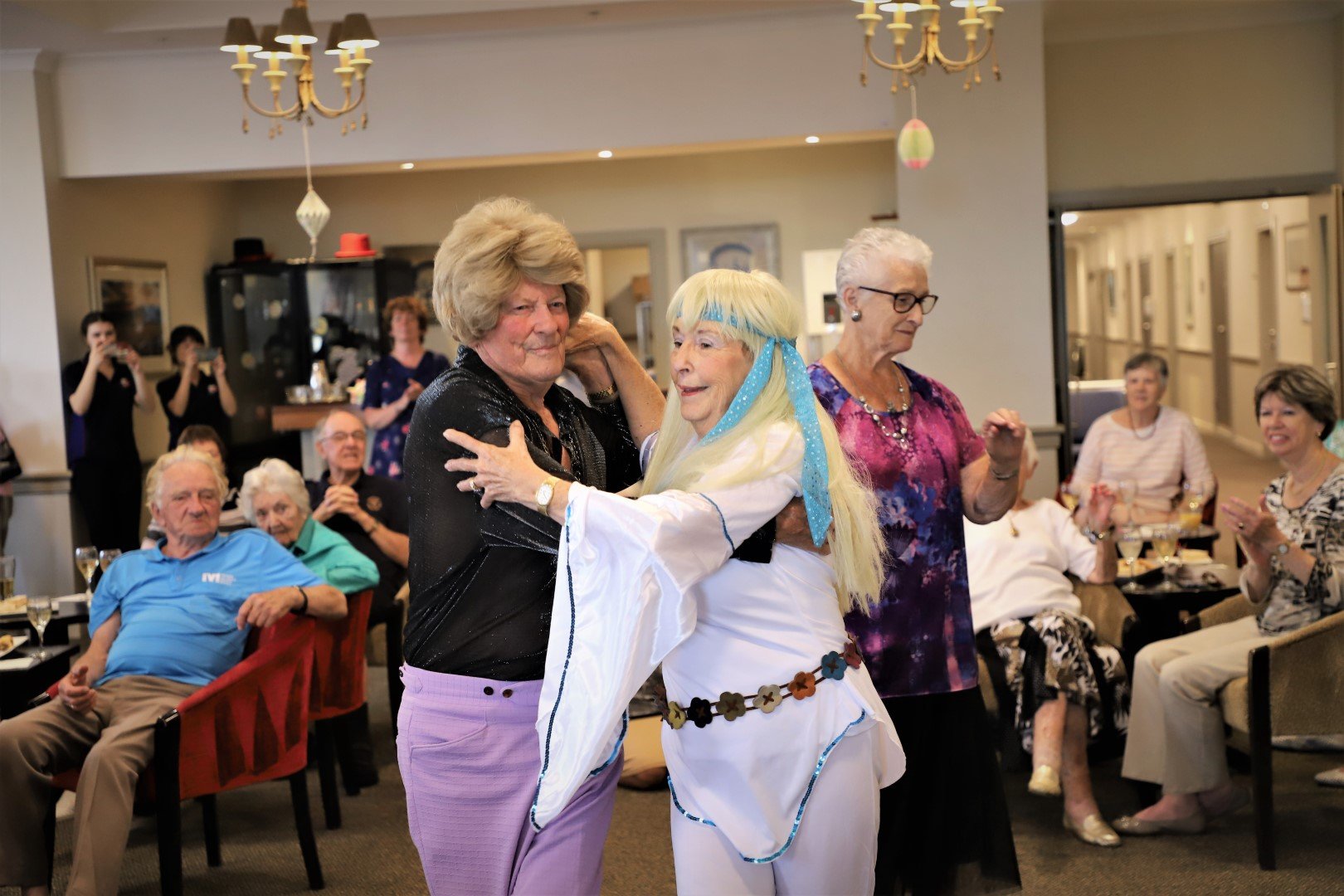 Possum Bourne showed real flair on the night - or should that be flares!

For Dianne and Murray it was another chance to bust out their finest ballroom dancing moves but dressed in the guise of Agnetha and Bjorn.
While for Sylvia and her fellow Dancing Queens Kay Webb and Carole Prybus, it was the opportunity to display a more interpretive real time rendition with key features being spins, twirls, and pivot turns with plenty of giggles thrown in for added appeal!
Both groups got a huge round of applause and the smiles of delight were plentiful in the audience, which also included Dianne’s daughter and son-in-law who had come to watch.
After the votes had been counted, Village Manager Murray Parkes announced that Murray and Dianne from Possum Bourne were the winners who took it all - a bottle of bubbly and fine dining vouchers, not Money, Money, Money.
The gauntlet has now been thrown for more villages to come on board and Take a Chance on participating in an Abba dance-off next year!