It was an unusual start to retirement living for Raewyn and Des Nightingale, who moved into their apartment one hour after Auckland went into its second lockdown.
The couple clearly remember how disconcerting it was to return to Auckland from up north while everyone else from the city seemed to be leaving.
“And that first night in it was just us and Ron the porter – it certainly was a day to remember!” says Des.
Since then, it’s been a much less stressful experience as they get to know fellow residents at the weekly Happy Hours or over casual cuppas.

The couple have lived in west Auckland all 59 years of their married life, raising two daughters and being deeply involved in community life and not surprisingly they know quite a few people moving in.
Being very musical, it was quite apt that Raewyn became Mrs Nightingale, named after the bird known for its distinctive song and she later became a singing teacher at Waitakere College.
She also got involved in light opera which Des would help with at show time using his handyman skills to build sets when he wasn’t working at the printing works.
But it was after visiting one of Raewyn’s oldest friends at Bruce McLaren village that got them thinking about retirement villages.
That, and the fact that Des’s arthritis was stopping him from doing the house maintenance!
“I was told I’m not allowed up the ladder again,” he says.
“He used to love getting up on the roof!” adds Raewyn. 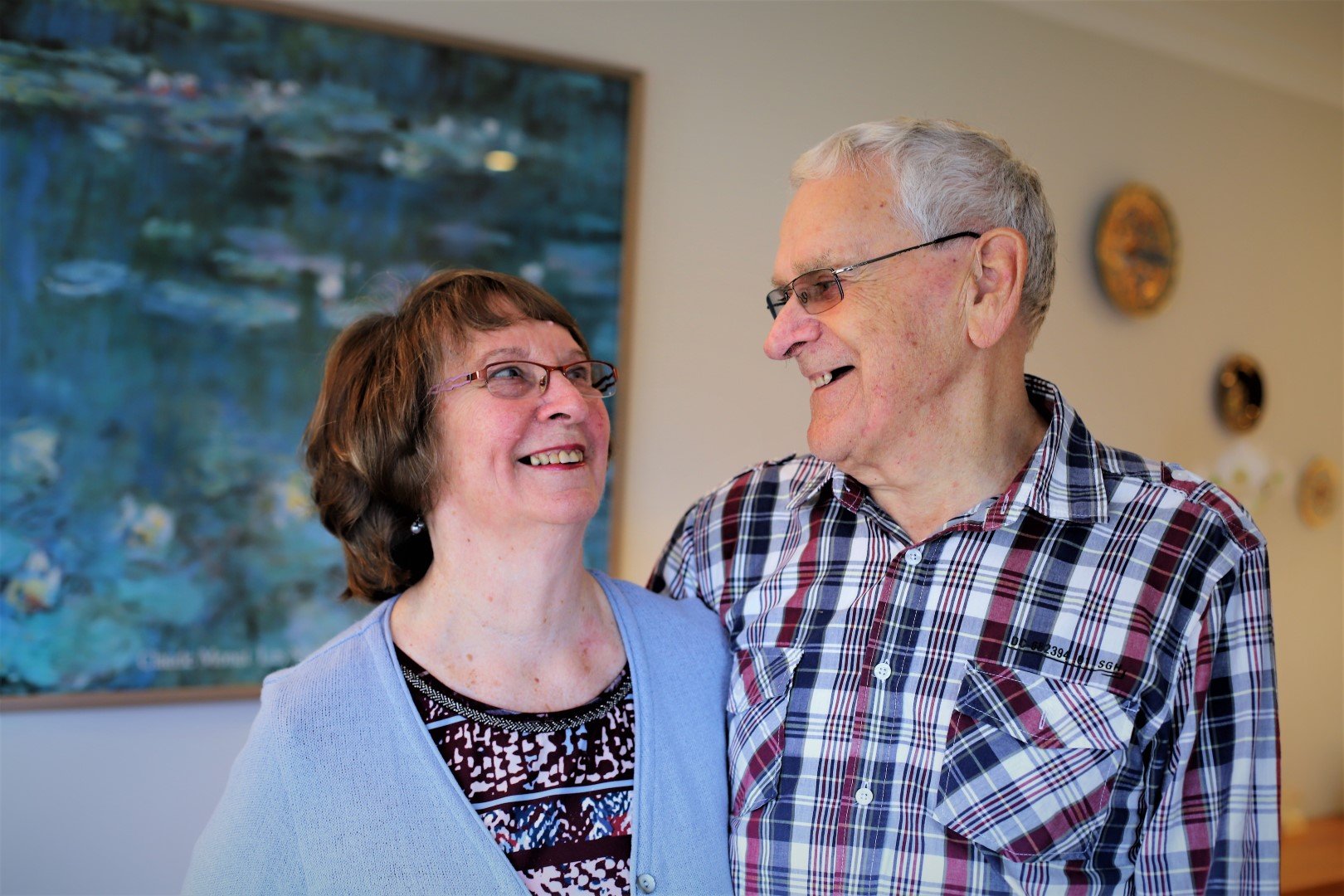 They love the size of their apartment and the fact it opens up onto a sizeable sunny deck where green-fingered Raewyn can tend to her pots.
And it sounds like more friends will be joining them after their former neighbour came to visit and left saying she would be seriously thinking about it.
“We already know of three people coming in – I have spread the word!” says Raewyn.