Shining a light on a vision disorder that many people are too embarrassed to discuss resonated with Possum Bourne residents this week.
Low vision consultant Naomi Meltzer brought up the subject of a little known about condition called Charles Bonnet Syndrome and found several residents had experienced symptoms.
The syndrome causes visual hallucinations and occurs when other vision disorders are present.

Those who experience the hallucinations are aware that what they are seeing is not real, Naomi said, but it prompted considerable worry nevertheless.
“You don’t hear about Charles Bonnet very much because when it starts happening to people they get so anxious that it’s a sign of dementia they won’t talk to their family or their doctor about it,” Naomi said.
The hallucinations can range from people, animals or things to specific patterns such as brickwork, basketwork, chicken wire or netting.
The revelation prompted several residents to volunteer their experiences, with comparisons of their hallucinations to licorice allsorts, wire netting and even fireworks.
Naomi said it was important to get it checked out straightaway if it only affected one eye as that could mean something was tugging the retina, which could lead to detachment. 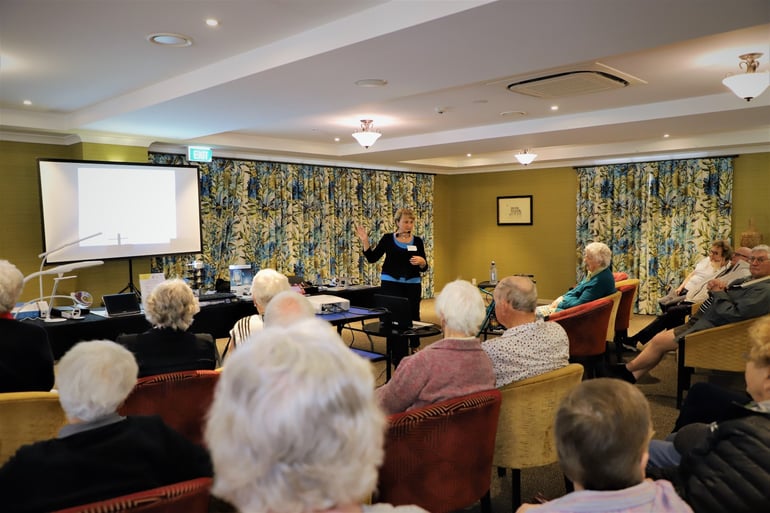 There were a number of vision disorders that it could be associated with but the most common were macular degeneration and glaucoma.
Naomi said three quarters of her clients had macular degeneration, which affects the centre part of your vision, and 10 per cent had glaucoma, which affects peripheral vision. Some people also have both.
While Naomi stressed that she couldn’t restore vision that was lost, she could help make a big difference to improving what could be done with a person’s existing vision by doing an individual task analysis.
She outlined three key factors to look at when finding a solution: light, magnification and contrast.
“Good light means having the right light in the right place at the right time.
“Ceiling lights diffuse the light too much, with macular degeneration you need a far more intense light to kickstart whatever cells that are there into action.”
Having the right kind of magnifying device can make a huge difference but having some help to assess which one will best suit the tasks you usually need to do is key. 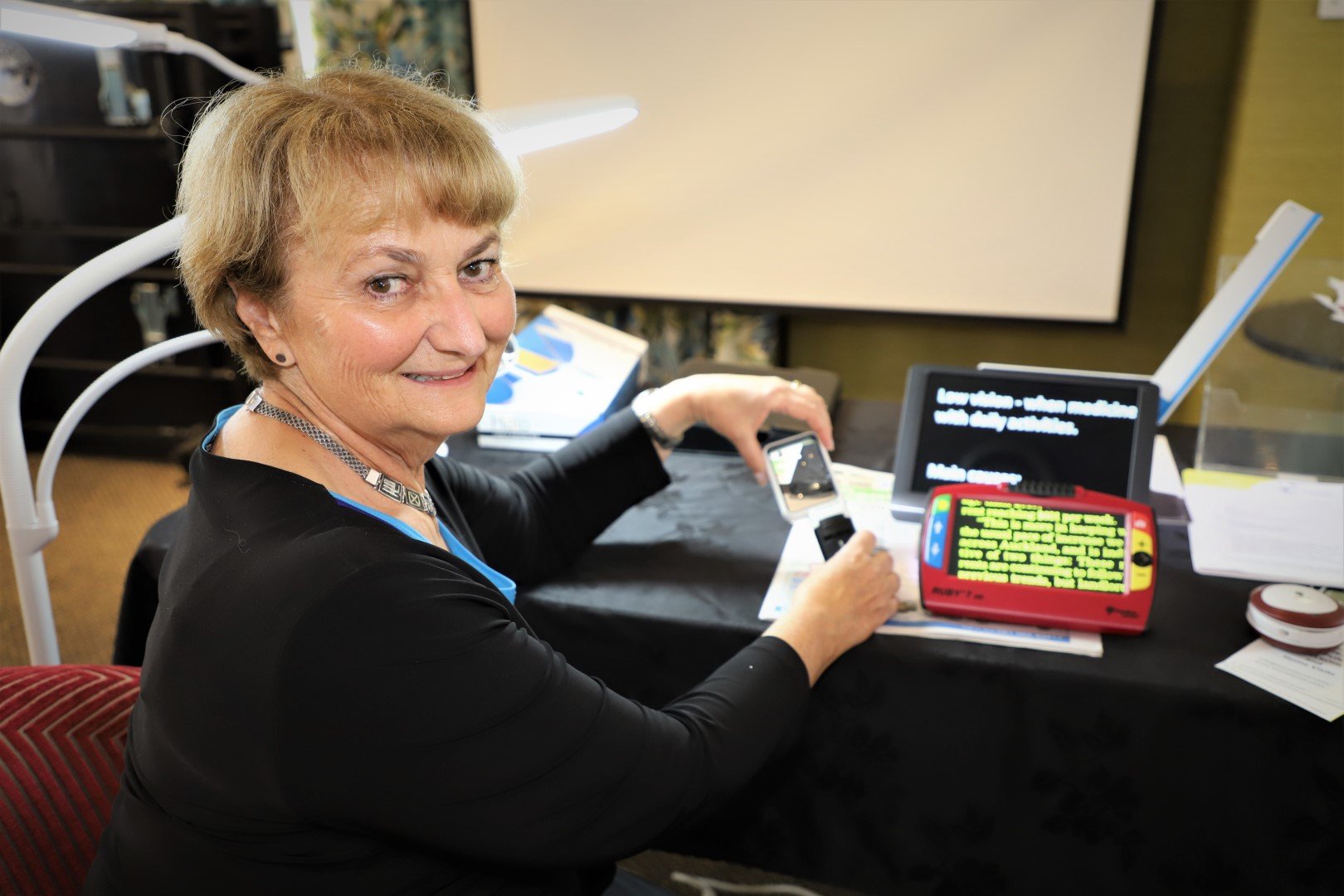 “Many people are happy with a handheld magnifier but say if you have a shaky hand then a stand magnifier could be a better option.”
Improving the contrast, ie how you see things standing out from the background, was the most important area to look at but was often the least understood, Naomi said.
“Eye tests are black letters on a white background which is a good contrast but when you get home and sit down to read a newspaper it’s more grey on white which is not as well considered.”
Light can bring up the contrast but if you have glaucoma the glare can often be too much.
Simple measures such as using contrasting colours on steps and removing confusing patterns can make a big difference.
She concluded with a demonstration of some of the latest technology available on the market, most impressive being the OrCam.
This is a voice-activated device that can read text, recognize faces, and read barcodes.
While not cheap, Naomi compared the life-enhancing potential to that of hearing aids which are similarly priced.