Backed by a parochial Murray Halberg choir, who had written a special tune to support Doug, the 76-year-old put the DJs to the sword in consecutive races.

Jay-Jay was first to fall, throwing in the towel after 1.5 kms – although she did manage to bike and broadcast at the same time.

Flynny was up next, and the 41-year-old DJ was feeling confident after taking an early lead, but the Murray Halberg express brought it home to win the race.

“You’re a legend Doug, I wish I looked like you at my age, let alone 76,’’ a breathless Flynny said after he got off the bike. 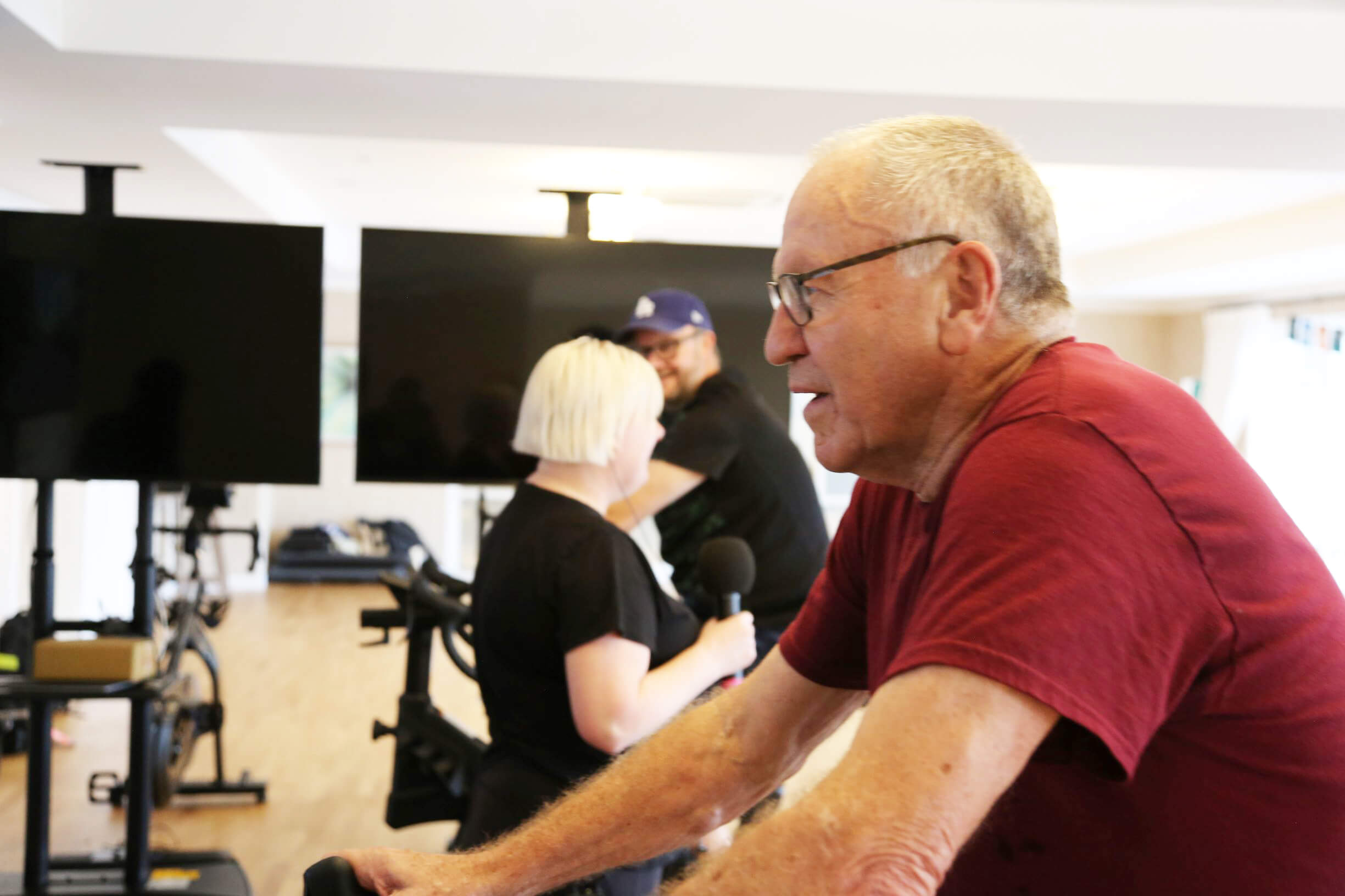 Flynny about to be overtaken by super Doug

The DJs biked and broadcasted for 90 minutes at the village, finishing with happy hour refreshments and a plan to move in some day.

They were awarded their medals by Olympics@RYMAN patron Barry Magee.

Barry, who has trained thousands of athletes, told her to keep it simple.

Doug left happy with his gold.

“The course was a bit tough on them, but I was satisfied with my race,’’ he said.

“Bring on the Commonwealth Games.’’

The choir finished the day with a stirring rendition of God Defend New Zealand as Barry presented Flynny with silver, and Jay-Jay with bronze.