The unstoppable Del and Cindy Henley, stars of Ryman’s newest Pioneers ad, have pulled out their pushbikes to complete yet another incredible cycling trip.
The Possum Bourne residents had their plans to cycle in Europe and Australia scuppered by Covid so instead scheduled a tour around New Zealand’s beautiful South Island.
Says Cindy: “We’ve allowed two months to circle the South Island – from Picton to Bluff, up the West Coast and across to Blenheim which is an estimated distance of 2,200km.

“It was a shock to the system cycling/walking the Handalee Hills including coming across major road works, and handling the heavy truck and trailer traffic on State Highway 1.
“But the highlights so far have been the spectacular Kaikoura coast and cycling the new 23km cycleway from Kaiapoi to Christchurch which was flat, smooth and safe!”
The plucky pair know all about challenges on the road after embarking on an awe-inspiring trek across Australia two and a half years ago, travelling 7,000km from Cairns to Perth. 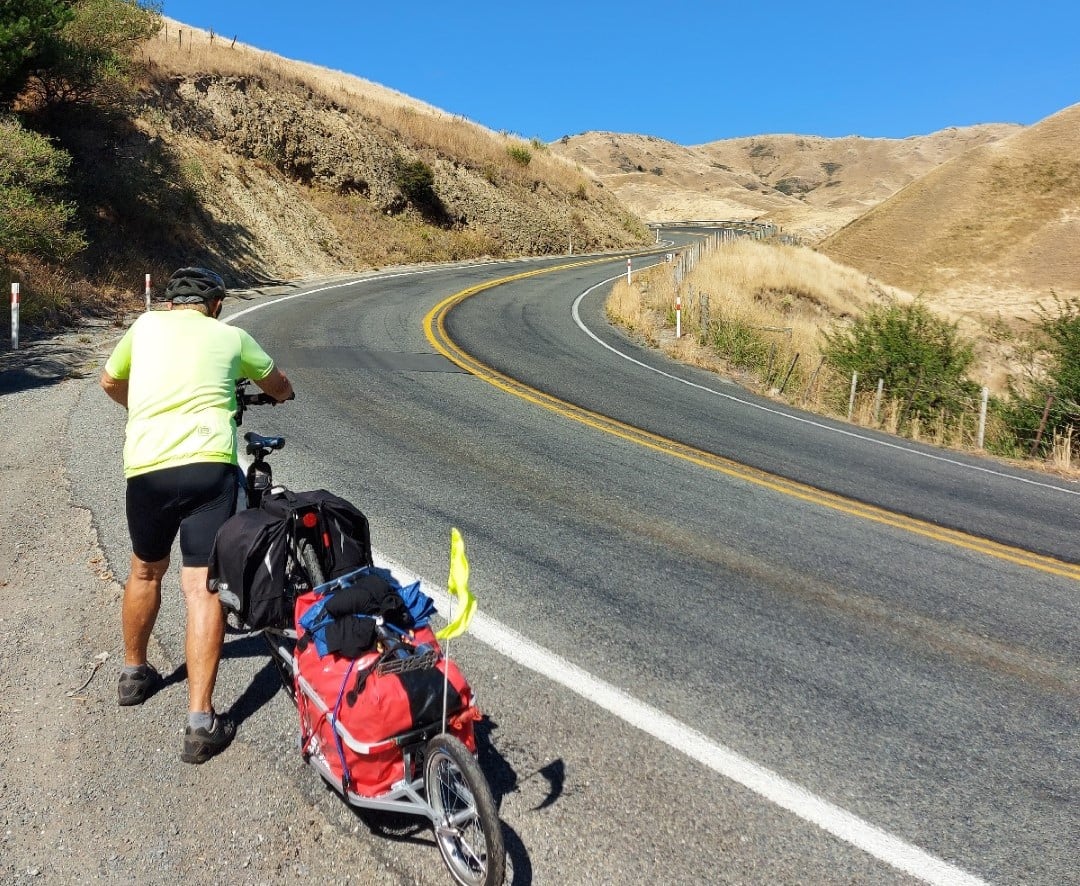 Del on one of the many uphill sections

While they survived the threat of bush flies, bikie gangs and the inevitable sore butts, the trip was dramatically cut short just 490km out of Perth when Cindy hit a pothole and went over the handlebars, fracturing her shoulder and receiving a number of nasty grazes on hitting the tarseal.
Having previously ridden all around the huge country in a number of smaller trips, a couple of thousand kilometres around the South Island seems trifling in comparison.
However Cindy says the planning has been just as meticulous and the daily dangers are ever-present, even in safe old New Zealand.
“We began planning in May 2020 and you really need to be an experienced cyclist as there’s a definite risk on the highways.
“The heavy traffic, difficult road shoulder conditions and hill sections and just physically adjusting to the daily endurance cycling are all challenging.
“The body does take a thrashing – cracked lips, aching thighs and sore backsides!
She adds: “And let’s not forget the weather of course!”
Given they face a good deal of unpleasantness on their marathon journeys it begs the question how did they become such passionate pedal pushers in the first place? 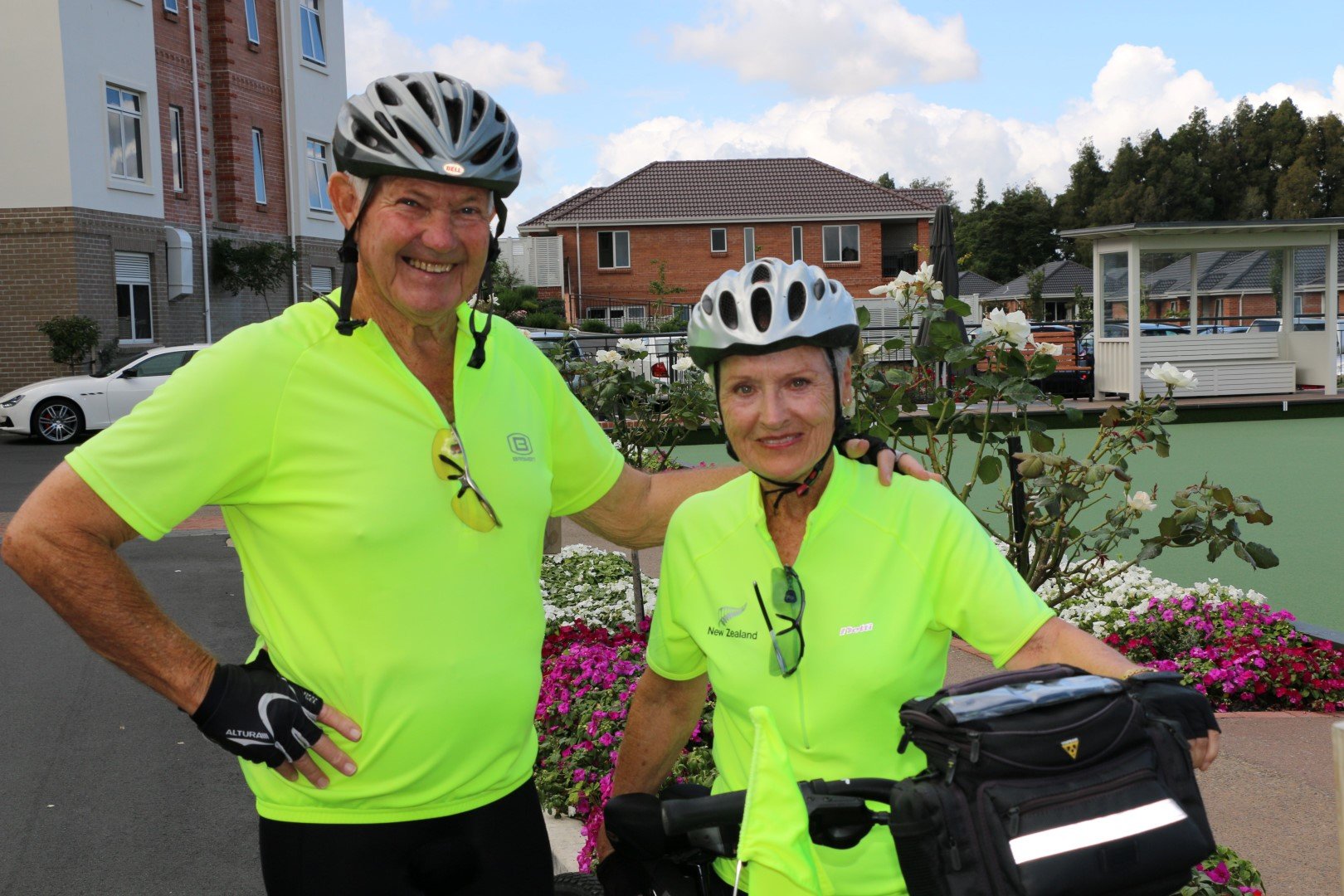 The cycling bug bit when Del turned 70 and he decided to challenge himself by taking up cycling – from Cape Reinga to Bluff no less.
“Del is the quintessential pioneer,” says Cindy. “He loves challenges. And I was sick of being at home worrying to death about what was happening to this man so the next time he suggested it I said ‘Well, I’m coming too!”
Since then the couple, now 79 and 80, have ticked off Perth to Adelaide, Adelaide to the Gold Coast and Adelaide to Darwin.
It’s no surprise that this trail-blazing pair earned themselves a starring slot in Ryman’s latest Pioneers ad.
Says Cindy: “We were quite excited when we had a phone call from Christchurch about the new ad. We were happy to give it a go.”
It was quite the experience observing how production came about, she says.
“It took a whole day to shoot and involved so many talented people – wardrobe, make up, lighting, special effects, cameramen etc.
“We have been cycling and camping since it began airing but friends and family have spotted us and have enjoyed the ad,” she said.
While Cindy accepts their achievements are out of the ordinary she sums up their motivation quite simply.
“We’re just doing it while we can!”
You can follow the pair on their blog at https://cyclingsouthislandnz.blogspot.com/