Residents at Rita Angus Retirement Village in Wellington were ‘feline’ more than a little surprised when more than 14 cats joined them after a fire broke out in the vet clinic across the road.

Activities and Lifestyle Coordinator Susan Coventry and Receptionist Angelina Bostrovas were first on the scene yesterday at around 11:45am.

After being told by a resident about the fire, they ran across the road ready to help.


“We ran into the vets to find them in the middle of eye surgery on a dog,” said Angelina.

“Luckily, they hadn’t started on the second eye, so they could stop what they were doing. We said there’s a fire we have to get the animals out, and they were so calm about everything. They were really good.”

One by one, the cats were evacuated in their cages onto the grass, before the team took them across to the village chapel away from the chaos. 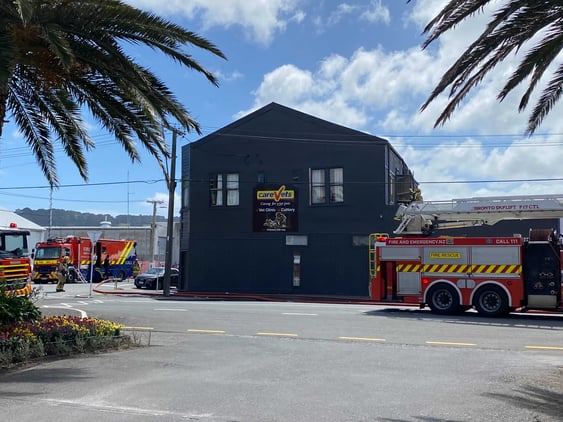 Firetrucks at the scene on Coutts Street.

“We ran in in a mad rush and got all the animals out. You couldn’t see any smoke, but you could smell it. The fire was above the vet area in the upstairs building.

Activities and Lifestyle Coordinator Susan was also there helping with the evacuation.

“It was nice to get all the animals out and see they were safe. You got to do what you got to do. We just went into autopilot,” said Sue. 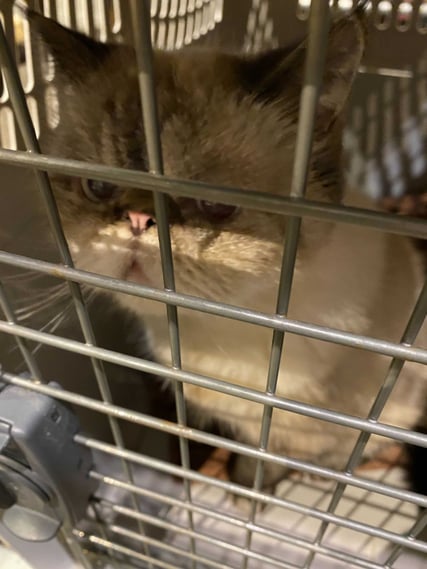 Up close and puuursonal with one of the village's new furry friends in the chapel.

Having spent a few hours in the village chapel before being given the all clear to return to the clinic, the cats had plenty of time to sing the 'purraises' of their rescuers.

It’s not the first time Rita Angus has been the top choice for local felines taking refuge.

During last year’s lockdown, a tabby cat that the residents named Coco decided to make the village her home, later giving birth to four kittens.

Coco prompted much delight in the village and even inspired award-winning author Lorraine Orman - a resident from Ryman’s sister village Ngaio Marsh – to write a book about Coco, the Lockdown Cat.

Knowing how great the vets had been after Coco’s arrival, the village team were keen to do their bit for the neighbouring clinic.

“The vets are so good to us, we have Coco the village cat, and when she was pregnant we took her there to the vets and they gave her all the treatments she needed, and our residents take their cats to them,” said Angelique.

The road was closed in both directions till around 12:30 and fire trucks were still on the scene at 1:30.

As for Coco, the resident cat of the village, she barely registered any of the excitement or the potential to make 14 new friends, as she was catnapping during the whole episode.