The residents from Charles Upham village in Rangiora have been making the specially-designed wooden trap housings to trap pests, such as stoats and rats, that have a devastating impact on New Zealand native birds and the wider environment.

A set of 20 traps have been delivered by Lynn Andrews, Ross Stewart and other Ryman residents to Sean Ellis, who is based near Springfield and who has done ongoing conservation work in a beech forest, located in the nearby Torlesse Range, which also contains tussock lands.

Kea and other birds have come back into the forest, putting a big smile on Sean’s face. “I’ve got mobs of 50 to 100 waxeyes hanging around. I’ve got tomtit pairs now, I’ve got fantails everywhere, I’ve got a lot of bellbirds.”

Sean says he has been involved in environmental issues since arriving in New Zealand from Northumbria, on the ‘borders’ and on the northeast coast of England, including being in a team that worked on a ‘TBfree’ strategy with district councils around farms in the South Island. Now he is a ‘shepherd for hire’ with working dogs and a family in Springfield and beyond.

He was drawn to the beech forest, located between Springfield and the Porters Passing in the area, but during the early visits there were few birds to be seen or heard. “There was no life in it, absolutely zero. No birds, no nothing.”

The advice from the local pub was to “trap out” the pests, which he proceeded to do. “I basically started with nine traps, then basically kept begging and borrowing... now I have close to 200 traps.”

More recently, extreme weather events meant a dozen or so traps, also designed to catch hedgehogs and weasels, were swept away.

Having lost some funding sources, including from the Department of Conservation, Sean says he was very thankful when Ryman stepped into the breach.

Lynn Andrews, a former watchmaker and Charles Upham residents has the expertise to make sure wooden trap housings are built to specification for conservation groups and individuals like Sean.

Some of those that have been helping in the Charles Upham workshop include Gwenda Johnson, Colin Dixon, Murray Giles and Terry Courtney. The traps are stencilled with ‘Made with love by Ryman residents’. 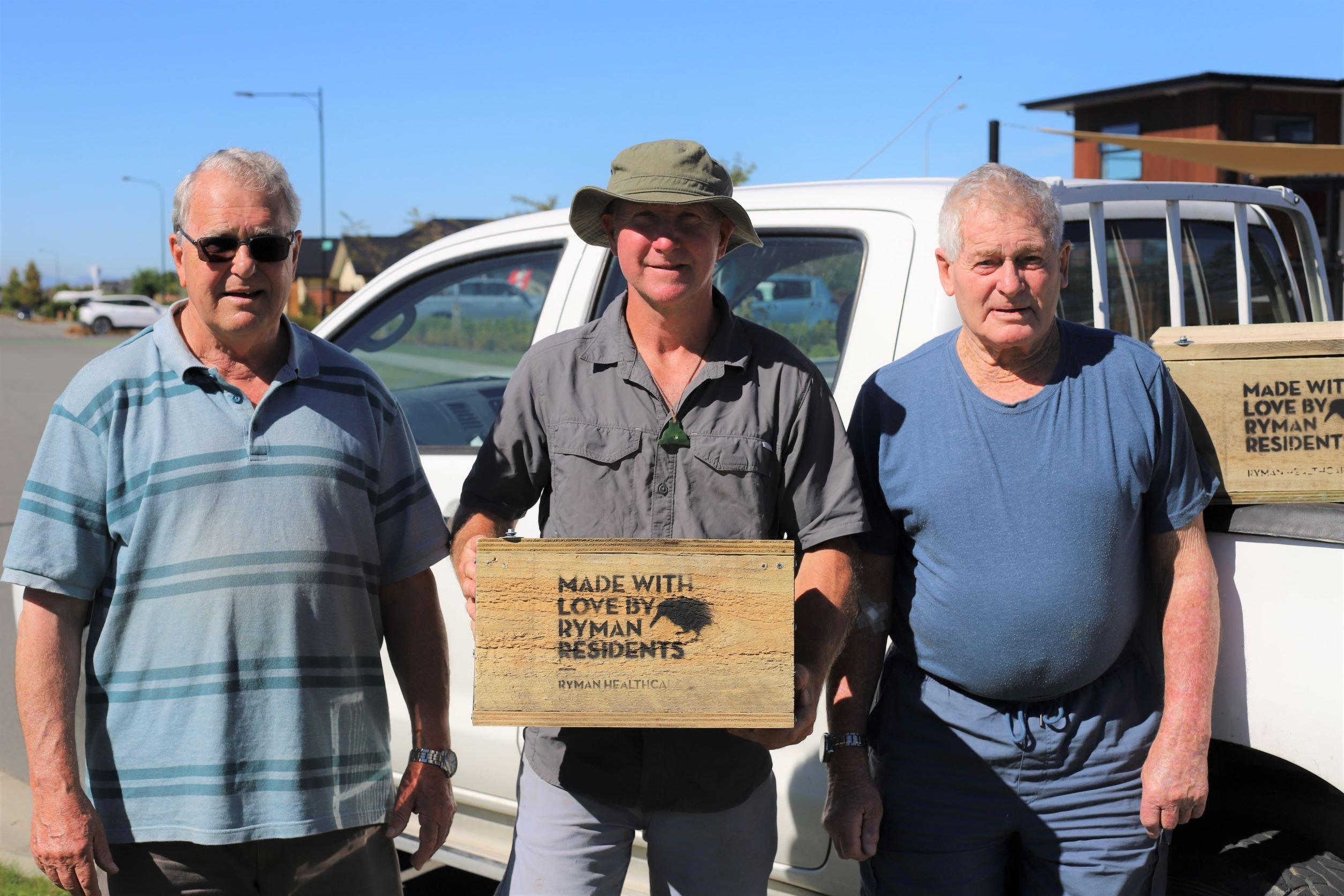 Back in the 100-hectare beech forest that covers part of the Torlesse Range, the Ryman-built predator traps are going to good use. Sean clears the caught predators regularly and then resets the traps. Checking the trapline could take a couple of days and is a huge commitment, he says.

He’s really enjoyed taking interested groups, including some from Springfield School and a Hurunui youth group, to see the recovering forest area.

He has also done work on ridding the forest of wasps, which encouraged other native insects to return.

Sean says it would be nice to get some more traps from Ryman, and Lynn agrees that is a very strong possibility!

Lynn and the Charles Upham team have also built traps for other environmental groups working in areas like the Port Hills, the Ashley River and North Canterbury extending up into the high country.