Margaret Stoddart Retirement Village resident, Norman Forsey, describes himself as a ‘retired thespian’ but that description may underplay the significant roles he has played both ‘treading the boards’ and on film and television sets.

He has rubbed shoulders with many of the theatre, movie and TV greats over many years. There was even a rock star or two, including David Bowie.

Norman says he always felt comfortable in the world of the stage, though ironically, he has never been comfortable in crowds that might be seated within a cinema.

His penchant for performance might well have come from his background in dance and a humble early upbringing that included periods of malnutrition. Concern about his skinny legs led to some training in ballet, he says.

Norman was born in 1937 in London’s Whittington Hospital, on Highgate Hill to a seventeen-year-old mother. She was a domestic servant. He later discovered his father was a gypsy, a member of a Welsh clan. Because his mother, Anne, was unable to keep him, he was put in a Church of England orphanage to be adopted. “So, at two months old I was taken to Wales where I became the only child to Gwen and her husband Harold.”

Norman had a form of glandular tuberculosis as a baby, so was he was fed on Carnation evaporated milk.

“When I was about four, to quote the family doctor, he said: ‘I think we should get Norman either skating or dancing to strengthen his poor little legs, to build him up’.” 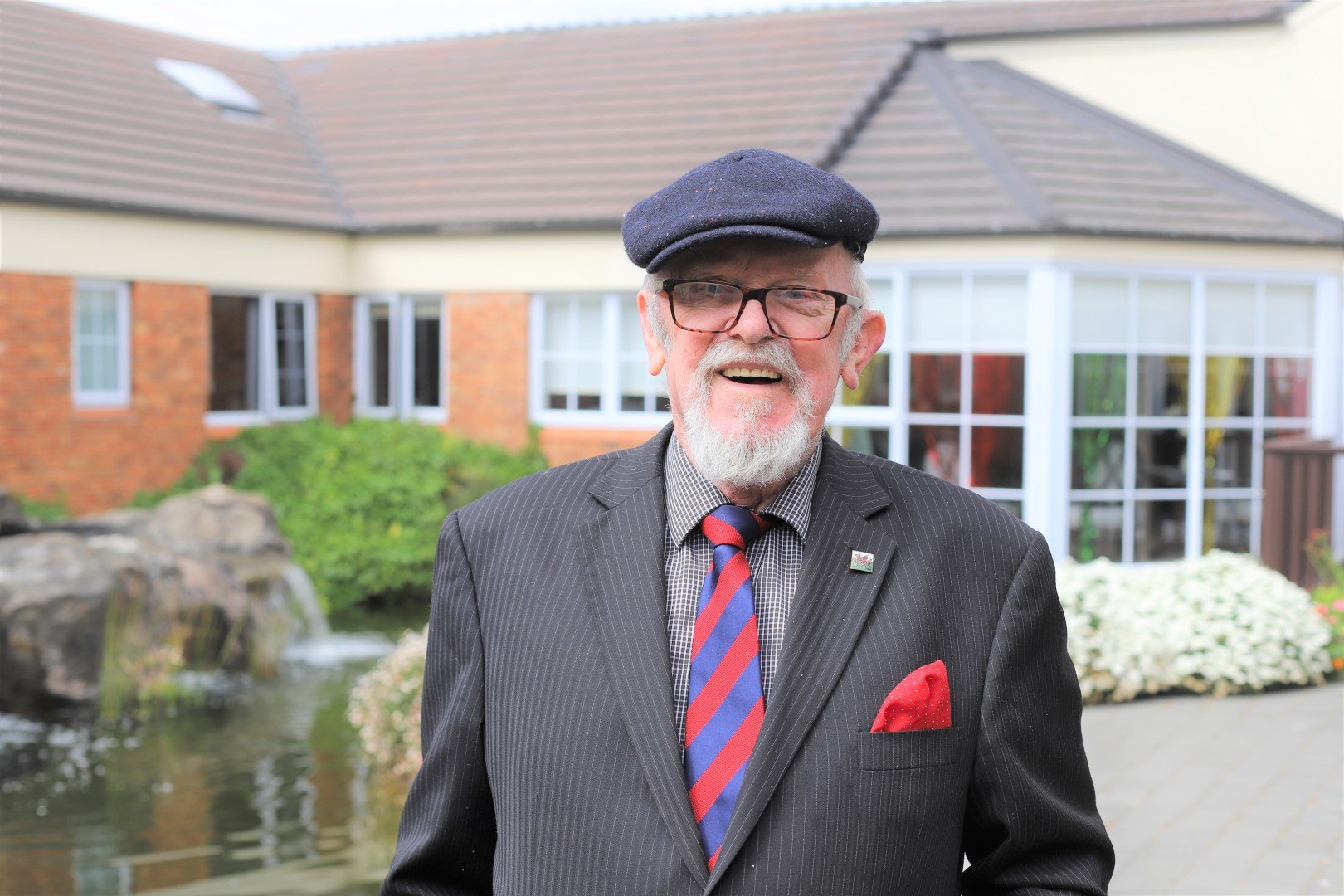 From this point on his life got even more interesting. During the war years, he was encouraged to read. He remembers being on the hop to the local air raid shelter or taking the pets under the stairs.

His work in tap dancing, classical ballet and the ability to perform before a crowd (including groups of pensioners), led on to three years of study drama at the Welsh College of Music and Drama, located at Cardiff Castle. As an Anglican choir boy, he was “blessed” with a soprano voice, that later his voice graduated to a tenor.

During this time, he met his future wife, Chrissie.

“And among my fellow students was a young chap called Anthony Hopkins,” he adds.

He, Chrissie and Hopkins toured Welsh theatres and village halls together, appearing in a Thornton Wilder play, The Skin of Our Teeth.

Chrissie and he married in 1960 soon after he’d finished his National Service.

Eventually he became Wardrobe Master to BBC Wales, a job he loved. The wardrobe fittings included working with the likes of Bill Travers (known for his appearance in Born Free) and Susan Hampshire on the UK theatre circuit and for television appearances. Very quick costume changes were required and sometimes any modesty had to be set aside.

“While she was changing, there was another (television) scene taking place. The change was very quick.

“I had a change booth, a bit like a department store, in the corner of the studio.”

After discussion with Chrissie’s Merchant Navy uncles, they decided in 1973 to emigrate to Auckland. He worked in the ‘rag trade’ for many years, producing costumes for stage, film, and TV dramas.

But he also acted, appearing in an early episode of Close to Home, and also appearing as one of the two “baddies” in Hunter’s Gold, a South Pacific Television production, based on the Otago gold rush years from 1860 onwards. 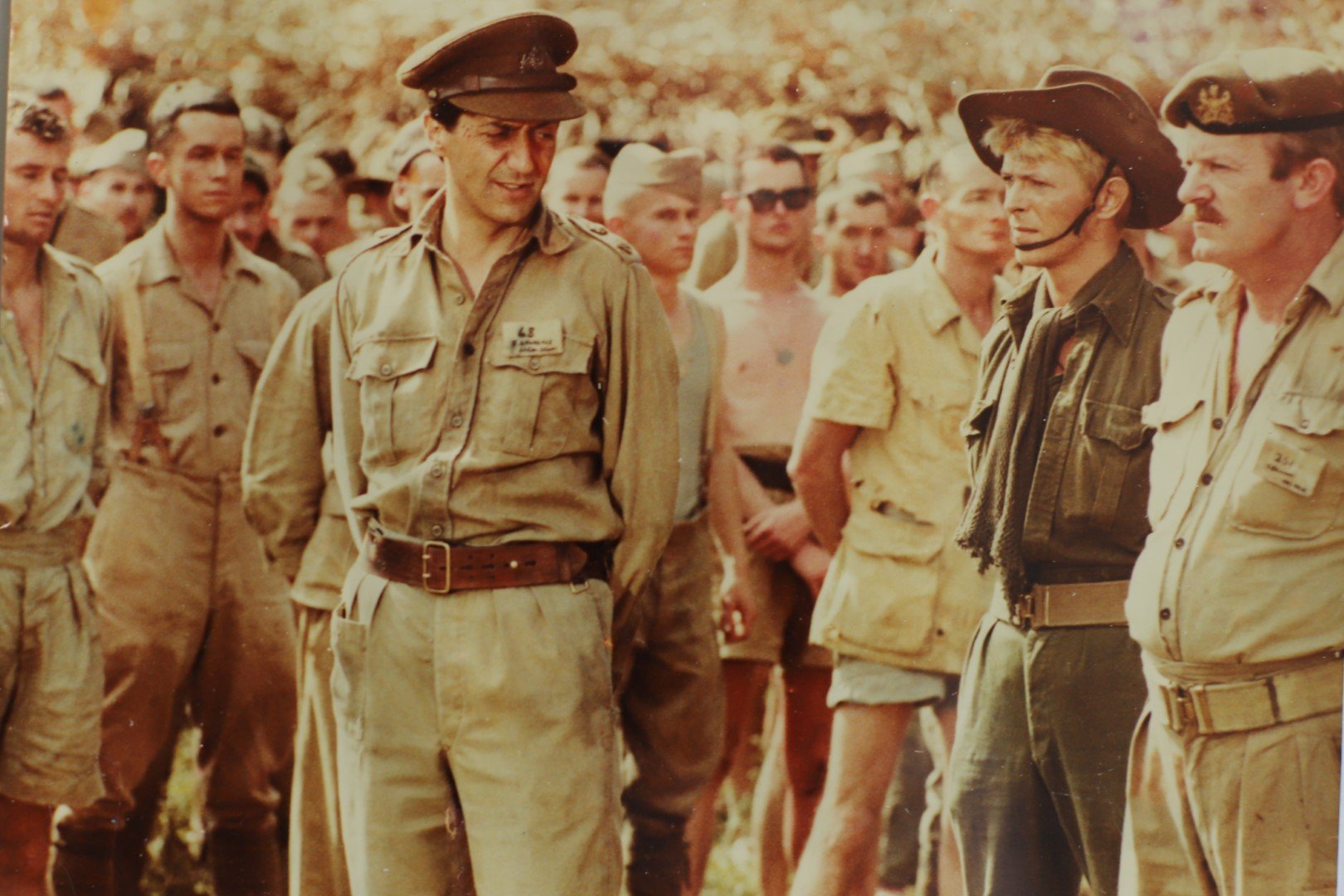 Then there was an extended five-week trip to the Cook Islands, to work with David Bowie and the Japanese production team on the set of Merry Christmas, Mr. Lawrence. His costumes work extended into generally helping out. In the initial Auckland filming he would drive David around the suburbs incognito, while on a break from filming.

“We tried to keep it secret to avoid the crowds and stuff. When he arrived, he said: ‘What are you driving Norm’, and I said I’m driving your campervan, your dressing room.”

At Bowie’s request he took the film star out and about around Auckland.

Another film that Norman worked on was the Ron Howard-directed Willow, starring Warwick Davis and Val Kilmer. He also worked on Lord of the Rings, and alongside Lucy Lawless on Xena: Warrior Princess.

Norman and Chrissie eventually moved to Christchurch, to be closer to their son and his family.

For some years Norman acted with the Canterbury Repertory Theatre and The Court Theatre but eventually he became a full­time-carer for Chrissie until her death.

Norman concludes: “Well, here I am at Margaret Stoddart and I love it to bits. The staff are so friendly and competent. They look after us well and I really enjoy the camaraderie.”​​​​​​​