Ryman represented as marching teams step out amongst the bright lights

About 800 leisure marchers took a few strides, put on their smiles, saluted as they settled into a feel good event at Horncastle Arena last week.
They were saluting about 1000 onlookers and a few special guests, at the occasion, including Christchurch Mayor Lianne Dalziel, and Councillor Anne Galloway.
Ryman Community Relations Representative Steph Cawte was on hand to watch a blaze of colour and hear marching whistles as the marchers brought the arena alive.
As was Diana Isaac Village Manager Tracey McCullough part of the organising committee for the marching get together. The combined Christchurch committee has spent the last two years preparing for the 28th Leisure Marching National Event which ran on Friday and Saturday.
New Zealand has seen a transition in the sport which was once identified by its ‘marching girls’ but is now just as likely to be represented by ‘marching grannies’. But that’s only telling half the story. Judging by the volume of the crowd, the impromptu singalongs and banter at the event launch, the two day get together was going to be very lively. 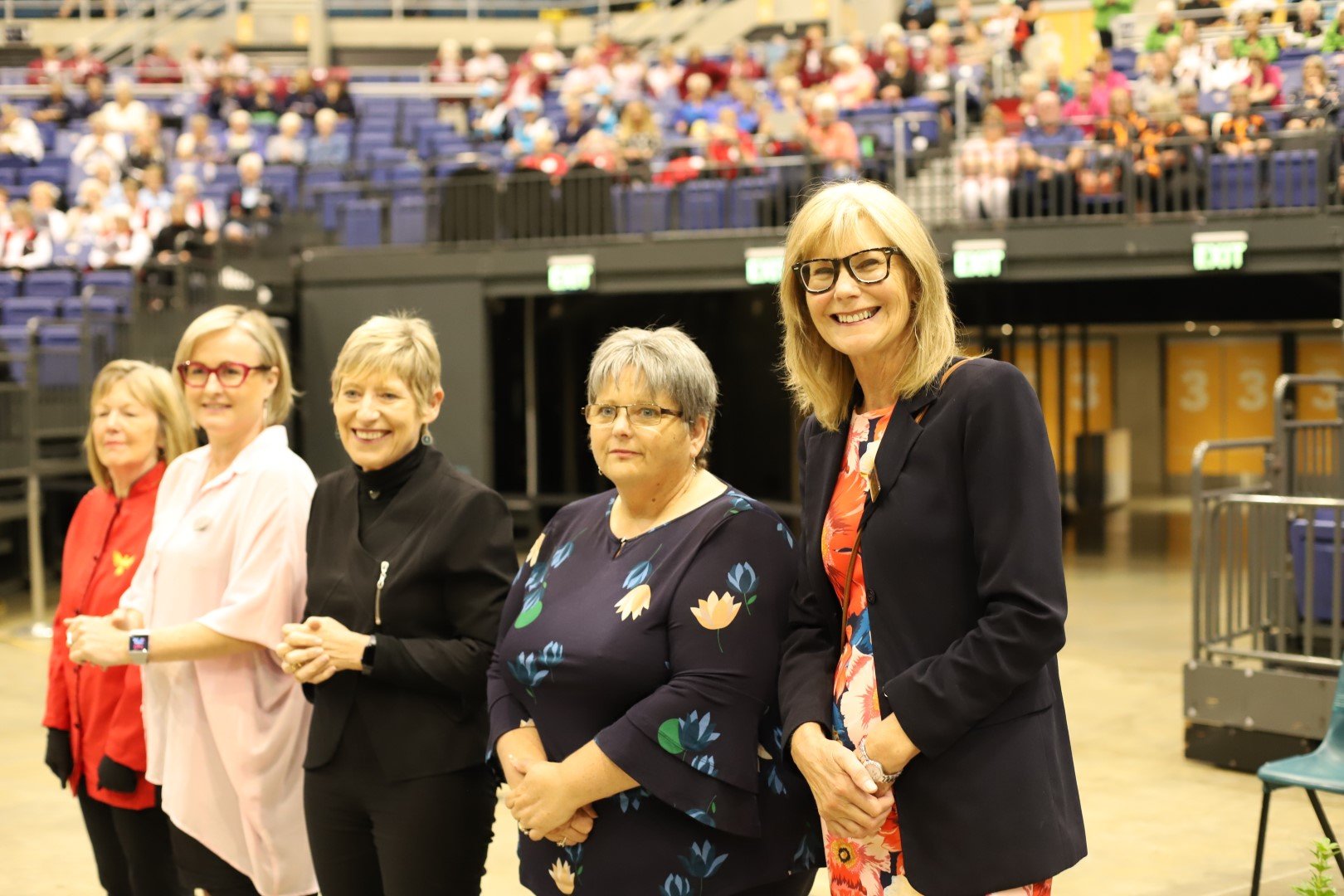 There were other Ryman onlookers and participants including Rowena Jackson Sales Advisor Julie Crofts, Hilda Ross Sales Advisor Trish de Jong, and not forgetting the Diana Isaac Retirement Village choir. They all helped open an extravaganza, featuring different march routines from each team.
Tracey says it has been a labour of love, particularly on the fundraising side where more than $40,000 was needed for venue hire and other costs. Sponsors like Ryman Healthcare had helped towards the costs.
There were 79 teams present at the opening, ranging in size from four to 24 marchers, with the emphasis on fun, fitness and friendship.
After the salute, the teams gathered at the centre of the arena, and the 40-member Diana Isaac choir sang both the Maori and English version of God Defend New Zealand. Tracey happened to be involved in two teams, McCullough Guards and Affinity, and was looking forward to showing off some moves.
She watched proudly as the choir performed. 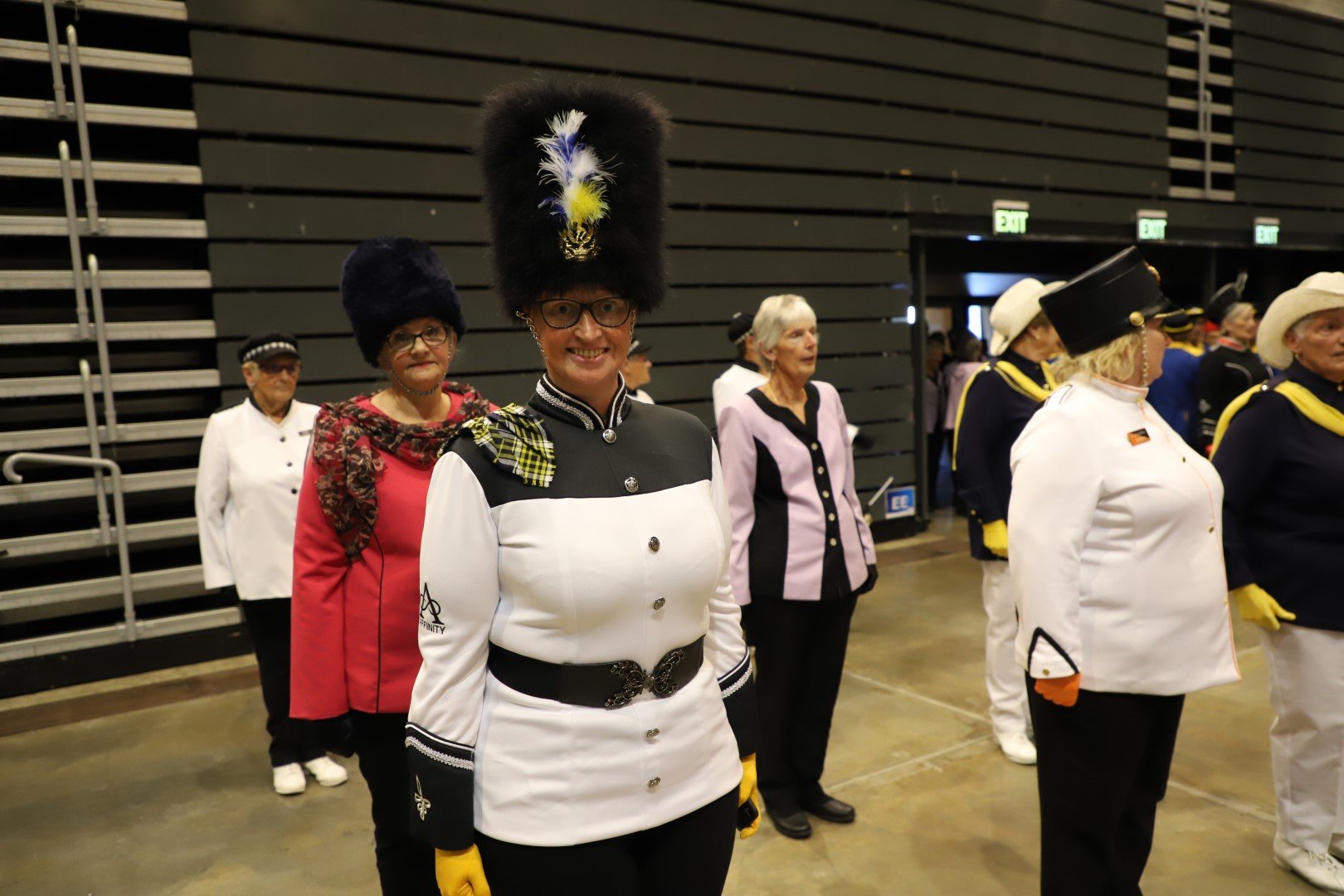 “The reason I suggested them, is the age group of leisure marching is predominantly retired ladies, so I thought it would tie in really nicely with the audience. The Diana Isaac choir has been practising every week, they come into the village centre for a practice,” Tracey said.
Sheryl Smith, Organising Committee Chairperson, said she was delighted to be hosting this event in Christchurch. “It’s always such a fabulous few days catching up with others that share a love of marching.  To have nearly 80 teams attending is a great turnout.”