A group of handy residents from Julia Wallace Retirement Village have been recognised for their efforts to reintroduce kiwi into the Ruahine ranges.

The residents’ shed at the village is a hive of activity, making traps that are used to eradicate pests in the ranges in programmes run by Environment Networks Manawatu (ENM).

About 40 conservation workers, including representatives from the Department of Conservation, ENM and trapping contractors, came along for a special morning tea hosted by Ryman CEO NZ Cheyne Chalmers to recognise the work of the residents.

The team, led by resident Allan Pretious, has manufactured 480 traps which have been put to good use in conservation areas.

Each Tuesday Allan and the team of nine cut and assemble the traps for delivery to ENM.

The residents supply the labour, and Ryman Healthcare supplies the materials.

Allan says the team members, who range in age from the youngster at 76, to 94, share a common sense of purpose in their work.

“Everyone who works in the shed has suffered a loss of some kind, so it is very therapeutic for us all,’’ Allan said.

“It is a good comfort for us all to be able to discuss our problems with each other.

“And we are making traps to protect our native Kiwi for our grandchildren and their children. 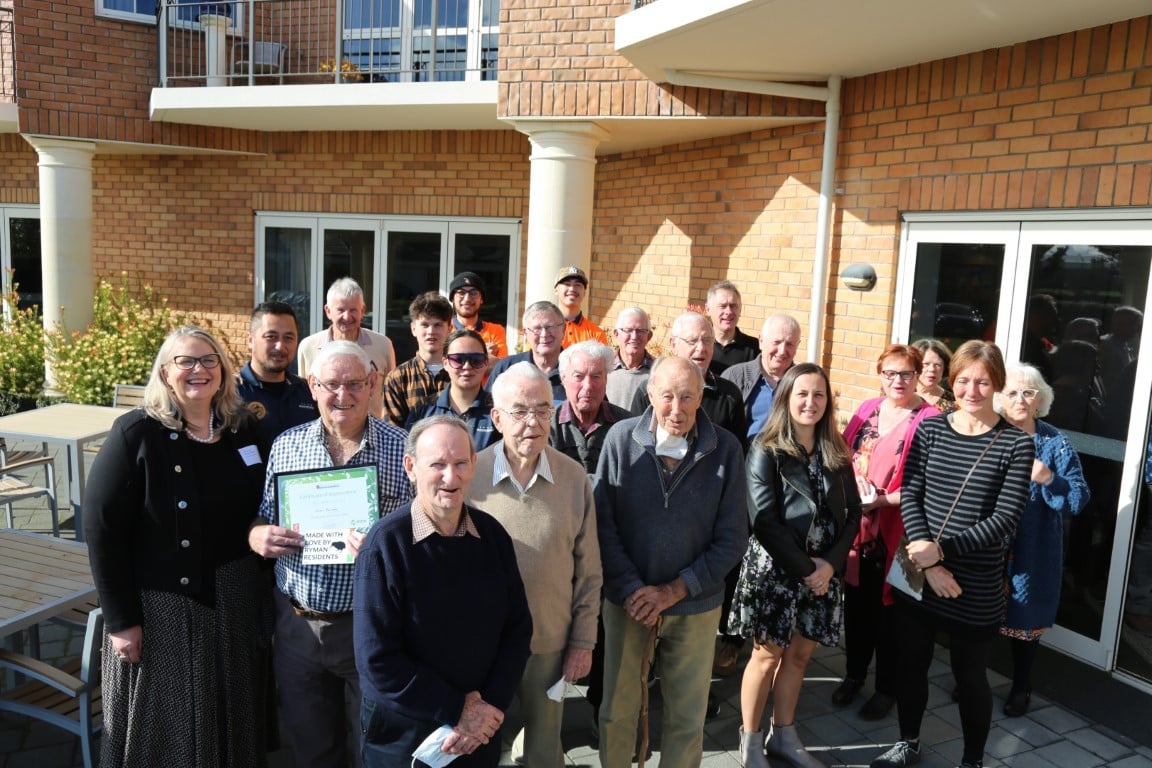 IIan Rasmussen from Environment Networks Manawatu said it the special event at Julia Wallace provided a great chance for the team to meet the trapmakers and say thanks.

“We can’t thank them enough for what they are doing for us. To have built 480 traps for this project is awesome. Without their help we would have struggled to get going.’’

A special award went to Julia Wallace’s sales advisor, Chrissy Thompson, who was instrumental in getting the trap making project off the ground.

“They fell into my trap,’’ Chrissy says.

Cheyne said Ryman was enormously proud of the team’s efforts for conservation.

“This is quite frankly one of the coolest use of resident power we’ve seen, and we are extremely proud of you all.

“Not only are you having fun (I hope you are having fun) but you are making a tangible contribution to the goal of creating a predator free New Zealand by 2050 – one rat at a time!

“You are making a massive difference it makes to our birds.’’

The traps made at Julia Wallace are part of the Southern Ruahine Kiwi Habitat Restoration Project which aims to introduce kiwis back into the Ruahine ranges by 2026.

Allan has more projects lined up.

“We’ll be moving on to our next project – there’s no stopping us now.’’ 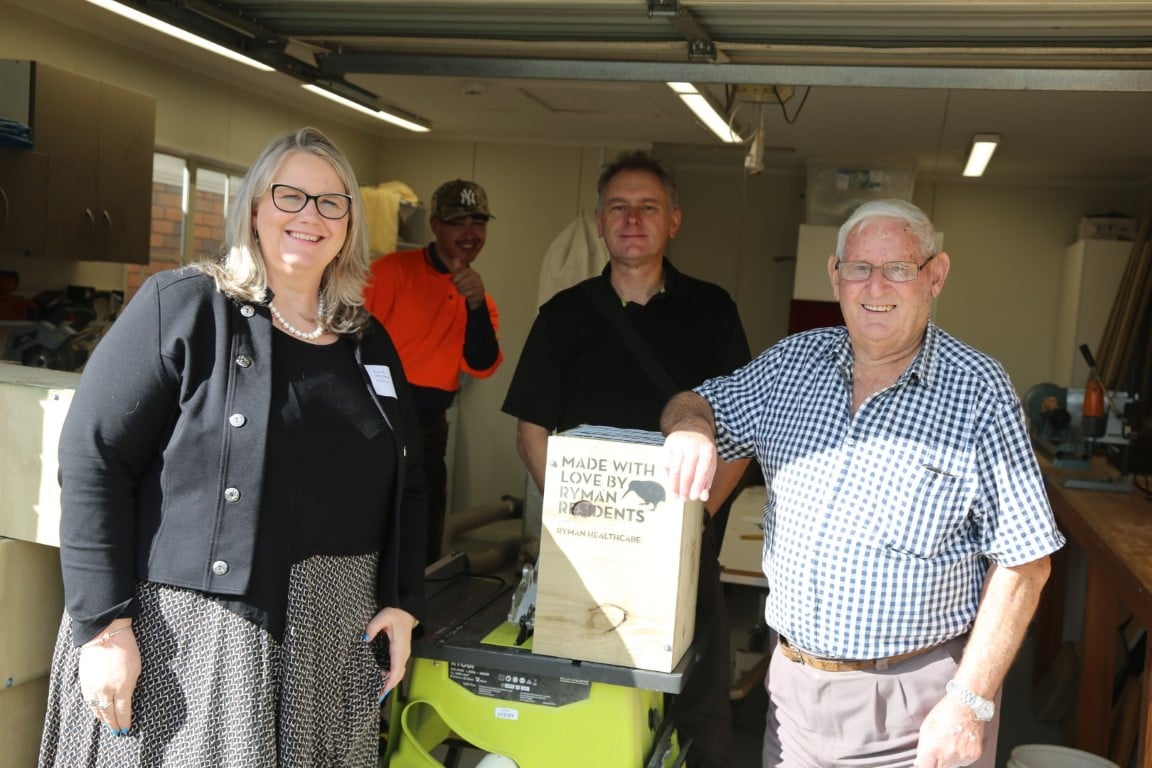