Back to Ryman news
Written by Margot Boock
on August 04, 2022

The Ryman Healthcare Season of the Royal New Zealand Ballet’s (RNZB) production of Cinderella opened at the newly refurbished St James Theatre in Wellington at a quiet poignant pace with young performers portraying themes of child slave labour and poverty, while weaving the tapestry of the story of Cinderella.

But don’t be fooled by the sombre beginning to this contemporary performance of the traditional tale.

At a time when we often say less is more, the Ballet have flipped that concept into the cosmos and have gone all out more is more …is more!

There are so many themes that at times it’s almost overwhelming! You certainly don’t want to miss a beat. Commercialism, instant gratification, and greed is juxtaposed with traditional skills where art and craftsmanship compete with pop culture and digital techy games and emojis.

The story tells a fast-paced tale of contrasts, dragging the historical into the present, it compares love and kindness to greed and power.

It’s a ‘rags to riches’ story with conventional expectations, but the dynamic duo of choreographer Loughlan Prior and designer Emma Kingsbury collaborate to produce this fantastic adventure story of self-discovery where Cinderella and Prince Charming make their own choices in life despite the pressures of family and society.

Highlights of the performance were Ana Gallardo Lobaina as the scarlet-clad stepmother consumed by status, money and power, who would go to any lengths to obtain them for herself and her two fashion obsessed daughters, danced by Sara Garbowski and Kirby Selchow.

Their barefoot antics on the trampoline beds surrounded by an inordinate number of soft toys set the scene as Cinders waits on them hand and foot.

Cinderella’s fairy godmother calls on her fab five designers who create drama reminiscent of the ‘queer eye for the straight guy’ tv series, building up Cinder’s confidence as well as her golden ball gown.

The arrival of guests at the ball was like a modern-day line up of celebrities arriving at the Oscars, with guests in their finery pausing to pose for the flash of the paparazzi.

The step-sisters’ garish gowns, hair and make-up convey the spell of commercialism they are victims of, and their alcohol induced brash performance at the ball, swinging from the chandeliers was wickedly funny. 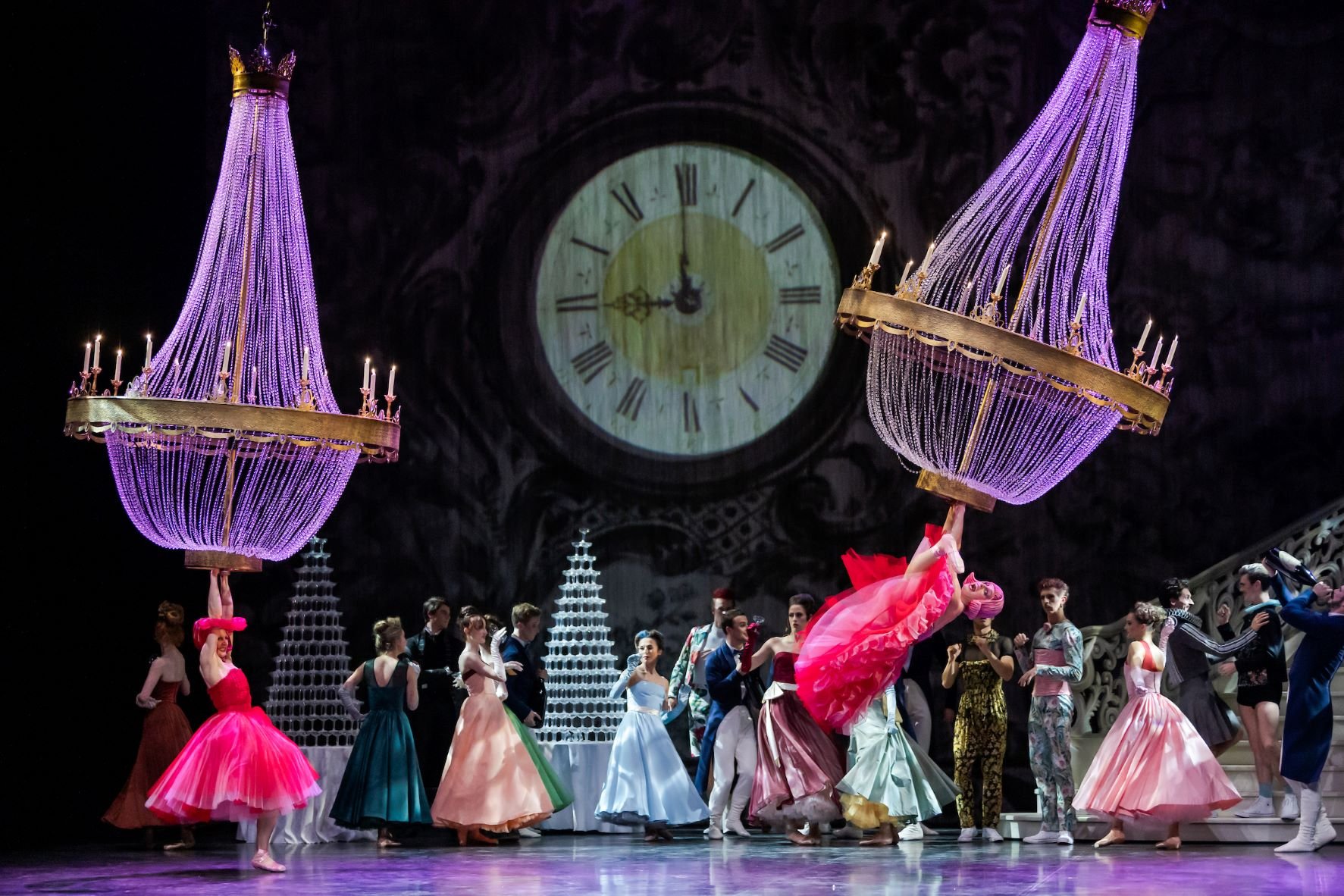 Claire Cowan’s original score is an out of this world experience with four drum-sets in Orchestra Wellington, the percussion was the winner.

The ballet unapologetically explores equality and gender to create a story relevant in today’s world, where everyone is welcome to live their version of happily ever after, and asks the question does material fortune and power bring true happiness? 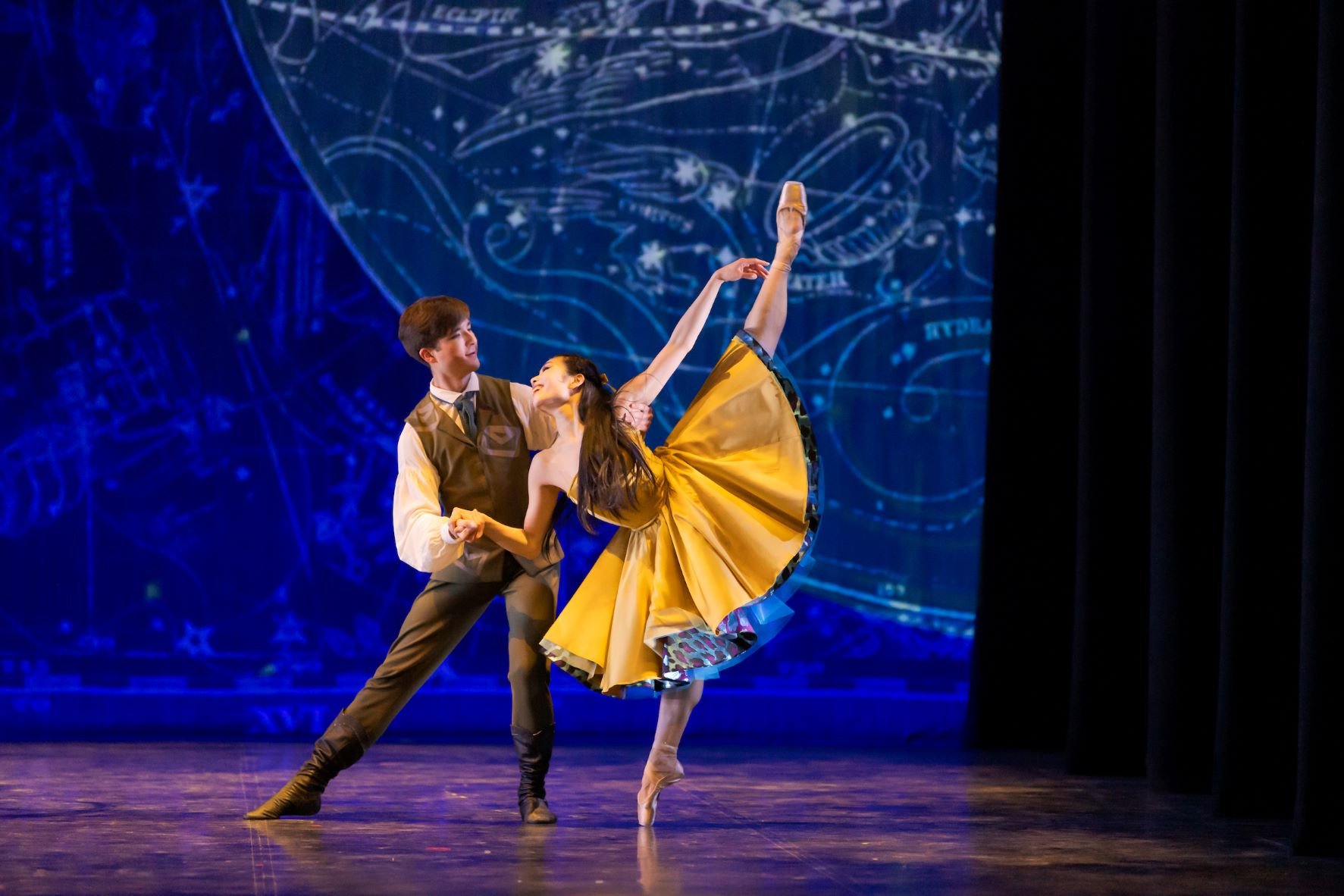 The ballet was attended by Ryman NZ CEO Cheyne Chalmers who praised the Ballet for staging such an ambitious event after such tough years and said it was like a tonic; a national cheer us all up campaign. "I know we have residents throughout the country who are looking forward to seeing Cinderella." 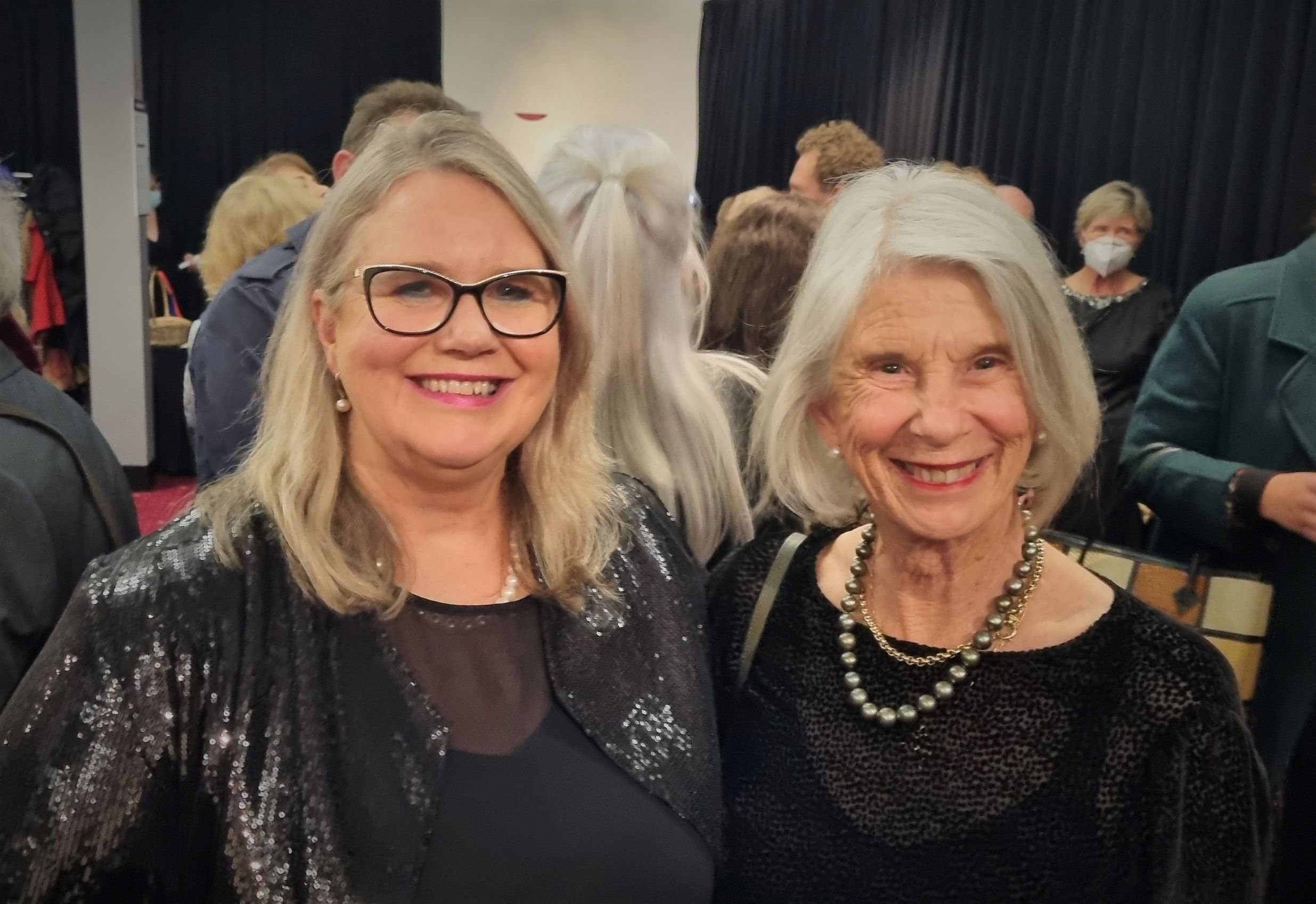 Cheyne said it was a privilege to pick up the relationship Ryman have with the RNZB. “Our relationship has grown over the years to the point where it is feeling like happily ever after!

“We absolutely love what you do. It is not only the sheer talent and the flair but also the hard work, professionalism, and dedication we see you all bringing with you to this wonderful art each day.”

Dame Kerry Prendergast, Chair of the RNZB, thanked Ryman Healthcare for its long-term partnership with the ballet. “Ryman is our fairy godmother who makes productions like this come to life. We can’t thank you enough.’’

The Ryman Healthcare Season of Cinderella tours nationally from August 3rd to September 3rd 2022. You can find a performance near you by checking their website RNZB Cinderella dates and performances 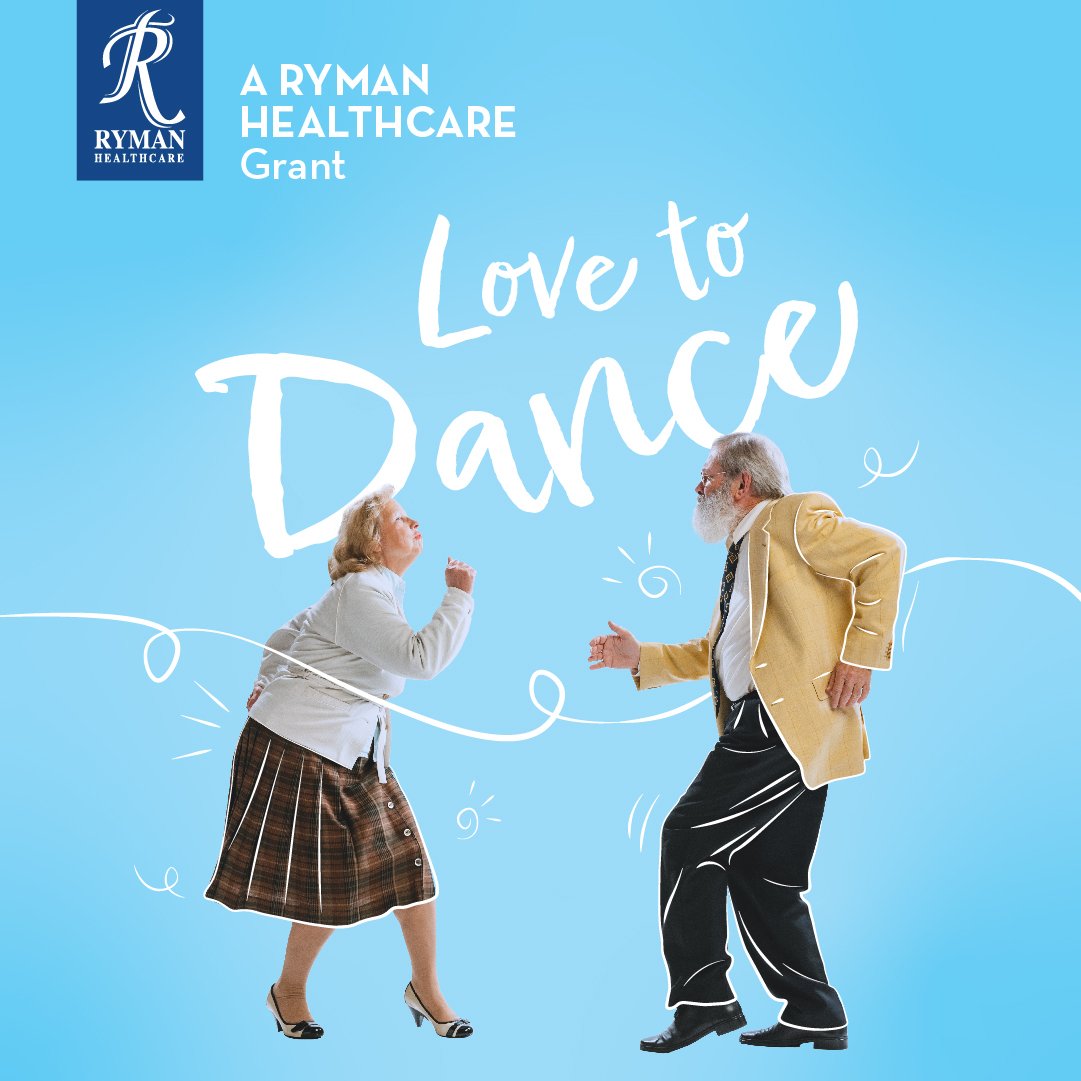 Ryman Healthcare is supporting grass roots community dance groups by offering three $5,000 grants to those groups who encourage people of all ages and abilities to keep moving through a love of dance.
Ryman’s Love to Dance grants are open to dance groups of any kind to apply. Whether it’s pre-schoolers or seniors, Scottish dancing or salsa, kapa haka or Kathak, breakdance or ballet – they want to hear from you.
Finalists will be decided by a panel of judges, including Ballet Mistress Clytie Campbell of the Royal New Zealand Ballet as well as a Ryman resident.
A shortlist of nine finalists will go out to public vote, rallying community support before the final three grant recipients are awarded.
________________________________________
How to enter:
If you think your dance group has what it takes to win a Love to Dance grant go to:

Three sisters who all live at Bruce McLaren say moving into the Botany Retirement Village was the best way they could al...