Our pioneering Rowena Jackson village in Invercargill turned 25, and the birthday was celebrated in true Southern style.

Guests entered the beautifully decorated village centre to the sound of classical music played on the village grand piano. There, they were welcomed and offered bubbles and canapés.

Village Manager Steve Wakeman kicked off the festivities, welcoming everyone to the event, which was broadcast live over Zoom to the other areas of the village.

A warm welcome was also extended to Ryman’s new Group Chief Executive, Richard Umbers, who is one of the newest members of the Ryman family.

“Thank you for your Southern hospitality! I joined Ryman a week and a half ago and it is my first official function, so it is great to be here!” said Richard, to laughter and applause from the audience.

The programme of events started with local ballet dancer Sophie performing three graceful dances. Sophie has a long association with the village, and the dances were a tribute to former prima ballerina Rowena Jackson, whose name the village proudly bears. 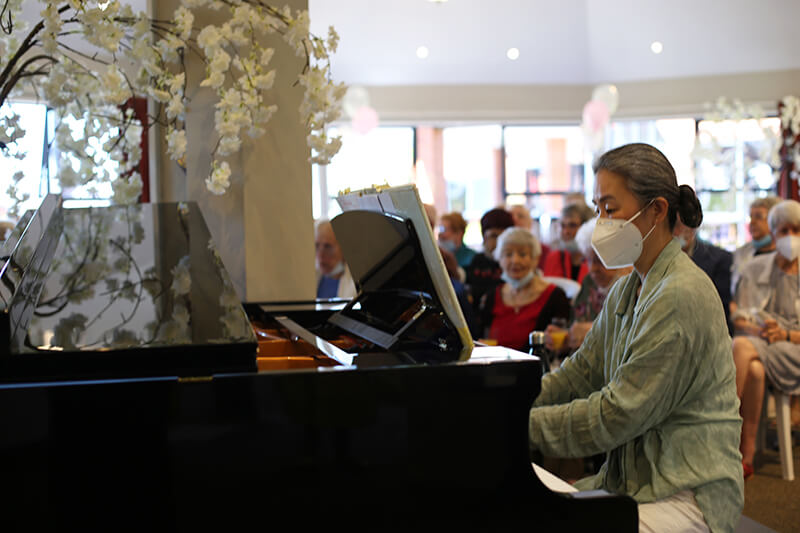 Beautiful music on the grand piano

Richard Umbers spoke next, introducing himself and speaking about the history of the village.

Rowena Jackson is a very significant village in Ryman’s history. It was the latest in design back in 1995, and a lot of time was spent on the layout of the townhouses to get the best positioning for residents. It has proved worth the effort, as the village design has stood the test of time.

As well as being Ryman’s biggest and most ambitious village to that point, Rowena Jackson village was the first Ryman village to include a dementia care unit.

“We have built all our systems since then based on those early lessons we learned here at Rowena Jackson,” said Richard.

“This village was our pioneer, and today we wouldn’t open a village without a special care unit.”

Richard thanked Steve Wakeman and the team for all the work they had put in to make the day a special one for the village.

He also acknowledged several long-time residents and long-serving team members, who have all been at Rowena Jackson for 20 years or more.

One of the long-term residents is Audrey Wishart, who has been at Rowena Jackson for 25 years.

“When Audrey moved in there was no power and she boiled her kettle with power from a portable generator – so thank you for sticking with us Audrey!” said Richard. 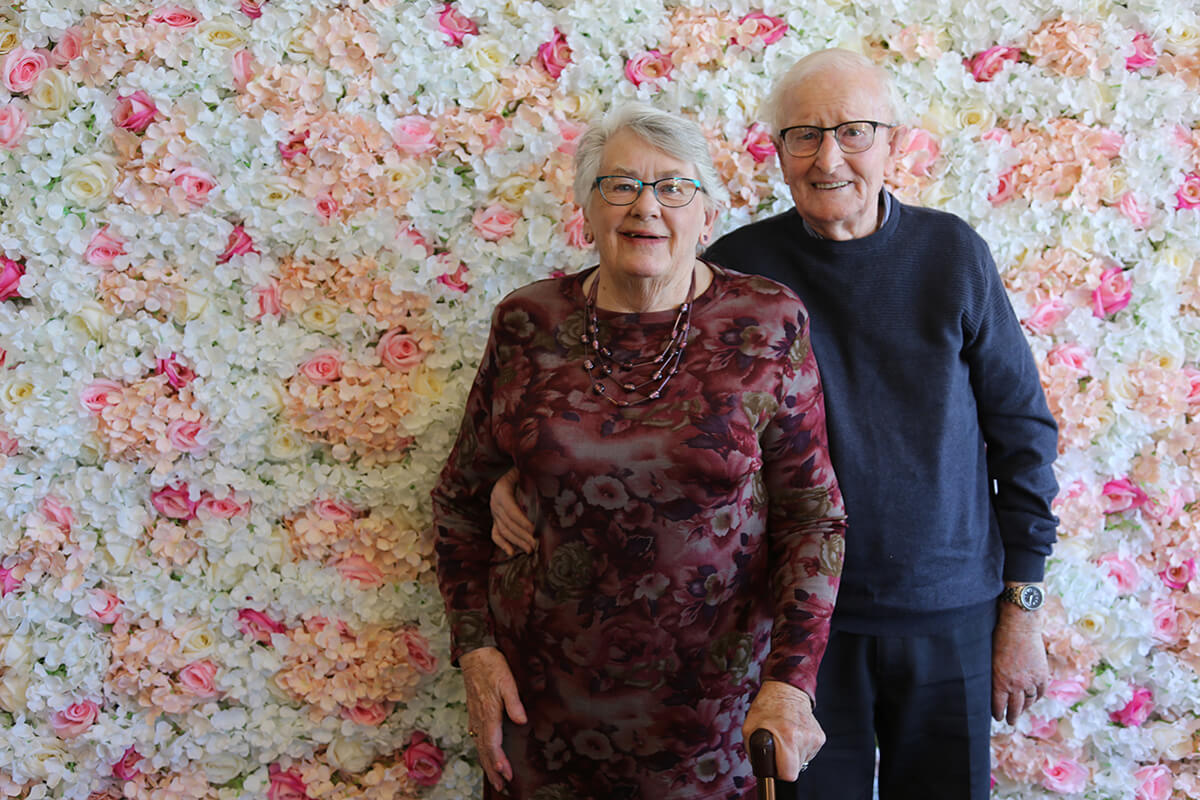 Audrey shared some of her memories of moving in 25 years ago.

“It was a lot different from today’s residents moving in!” she said.

Her townhouse was at the end of a dirt road, with no path to her door, and no power connected, so the maintenance men ran a big cable from a shipping container to connect power to her home.

“The day I moved in, it was a howling nor-wester, the dust was blowing everywhere, we couldn’t really open the doors and windows because of the dust,” she remembered.

Audrey later met her husband Murray, and the two of them were married in the village. They have also had some interesting visitors over their time at Rowena Jackson.

“If you’re looking for ducks, they are sometimes found sitting in the Wishart’s lounge,” said Audrey.

“There is one particular duck who will visit, and one day she arrived with all her 17 ducklings. I went in to answer the phone, and lo and behold, 17 little ducklings followed me in!” 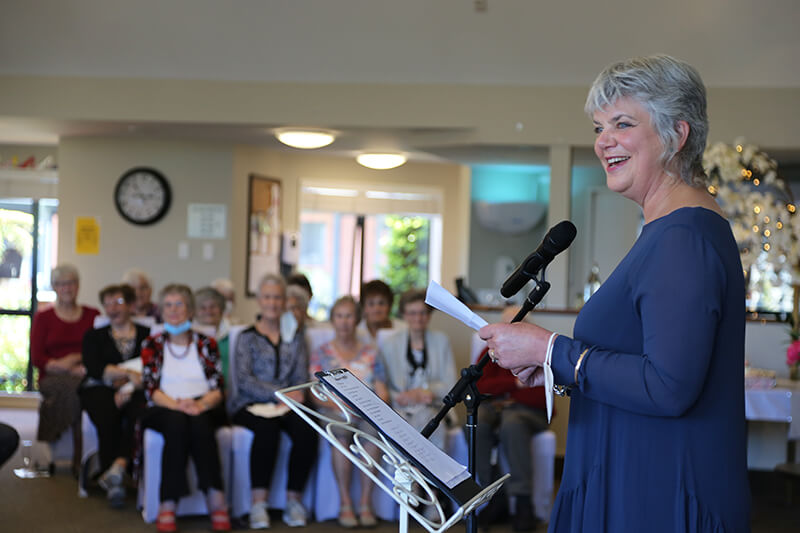 Trudy Shepard back on familiar ground at Rowena Jackson village

“I want to say how lucky I have been to have been part of this bustling community, and even after moving away, I’ve felt welcome every time I’ve visited,” said Trudy.

After the speeches Steve invited Richard and Audrey to cut the birthday cake together, before everyone sang happy birthday and enjoyed a slideshow capturing some special memories from the past 25 years.

“One representative from Ryman and one representing all you beautiful residents,” said Steve.

“I want to thank you all so much for letting me be part of this community. What a wonderful community it is to be in. I’m looking forward to the next 75 years!”

An idea to bridge the divide between generations with the simple act of putting pen to paper culminated in a very specia...

Ryman Stories of Service - we say thank you

The eighth edition of Ryman Healthcare's Stories of Service tribute book is now published and is at the villages, librar...