Queen’s hit ‘I Want to Break Free’ made for a fitting first song to start a special Freedom Day outdoor concert for residents at Grace Joel Retirement Village on Wednesday [8 December].
Kiwi performers Russell Dixon and Lisa Lorrell – aka the Lockdown Liberation Cabaret – continued the event with a whole range of songs from pop, musical theatre, country and even opera to celebrate the move to the new traffic light system, much to the residents’ delight.
Margaret Anderson and her husband Bruce said it was the best concert they’d attended in years, with Lisa Lorrell’s solo performance of the operatic Il Bacio being particularly impressive.

“We loved the singing, it was absolutely beautiful,” said Margaret, whose praise is high indeed, being a member of Auckland Choral.
“We haven’t seen anyone for months so we were both delighted to enjoy such a lovely concert,” she added. 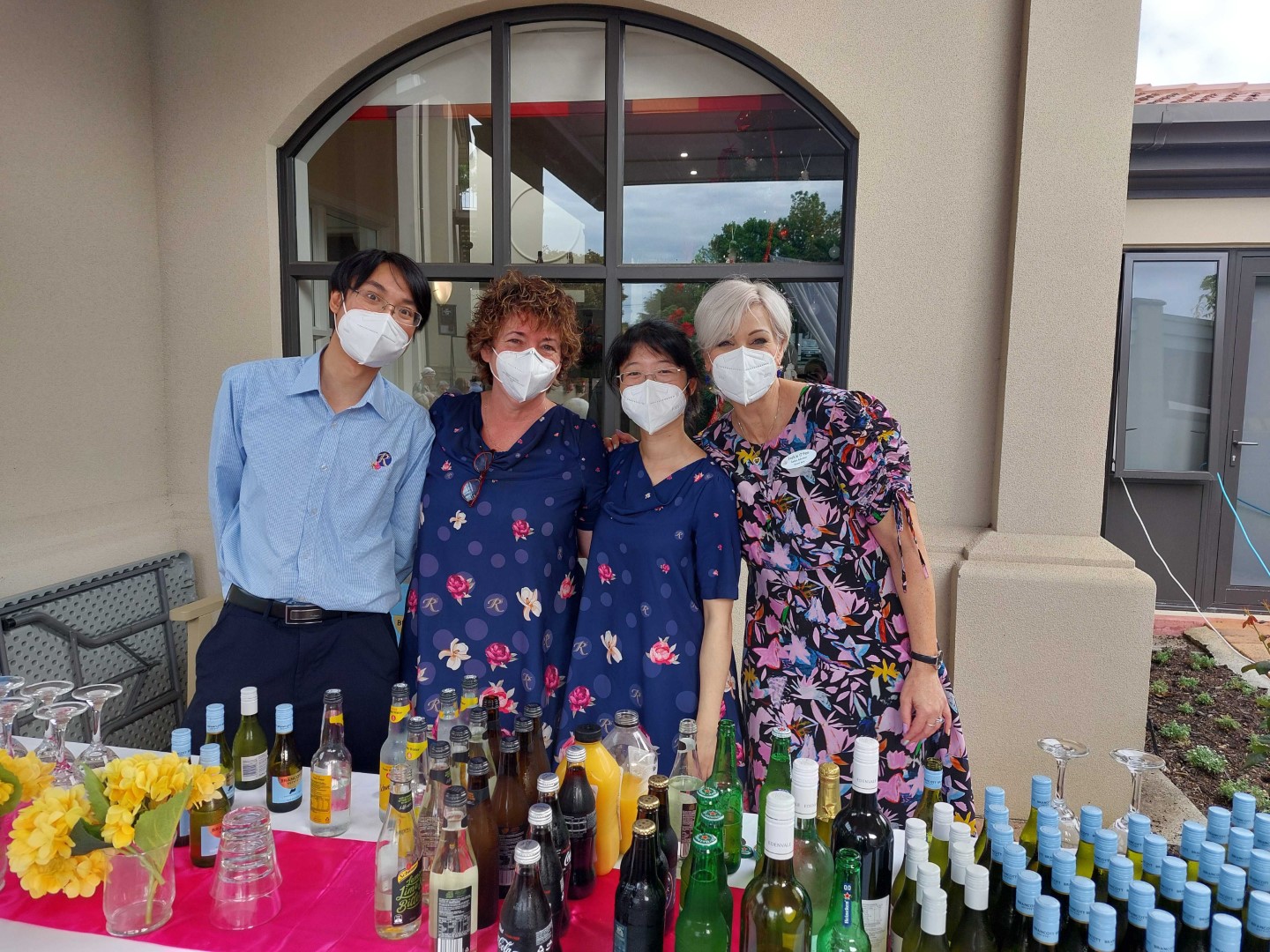 The team at Grace Joel had set up socially distanced seating in the turning bay in front of the village entrance which proved to be an ideal amphitheatre, with some residents watching from balconies and windows above too.
Resident Cliff Hart said it was wonderful for residents from various areas of the village to be reunited after months apart.
“It was the best medicine for everyone. We had a lovely evening.” 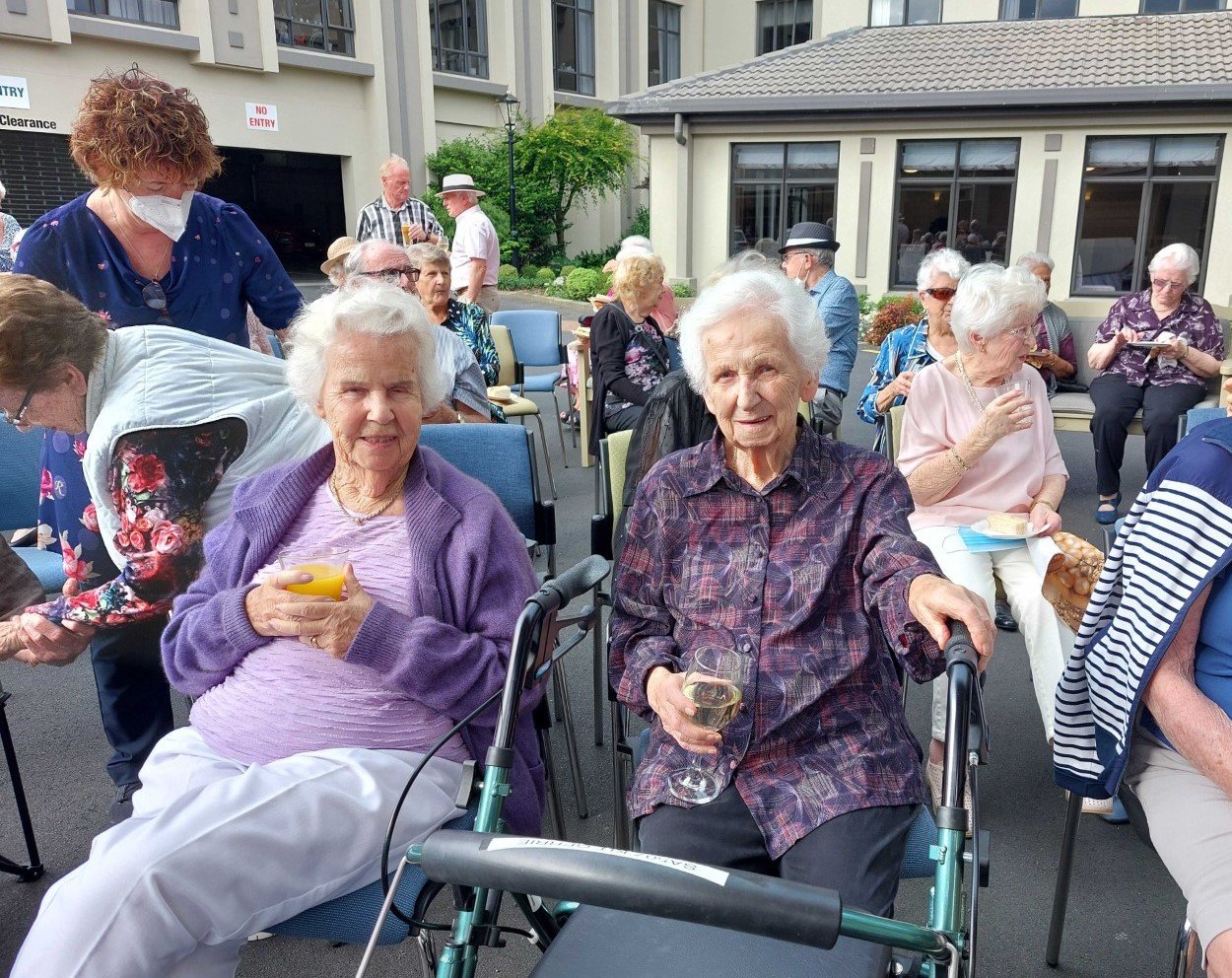 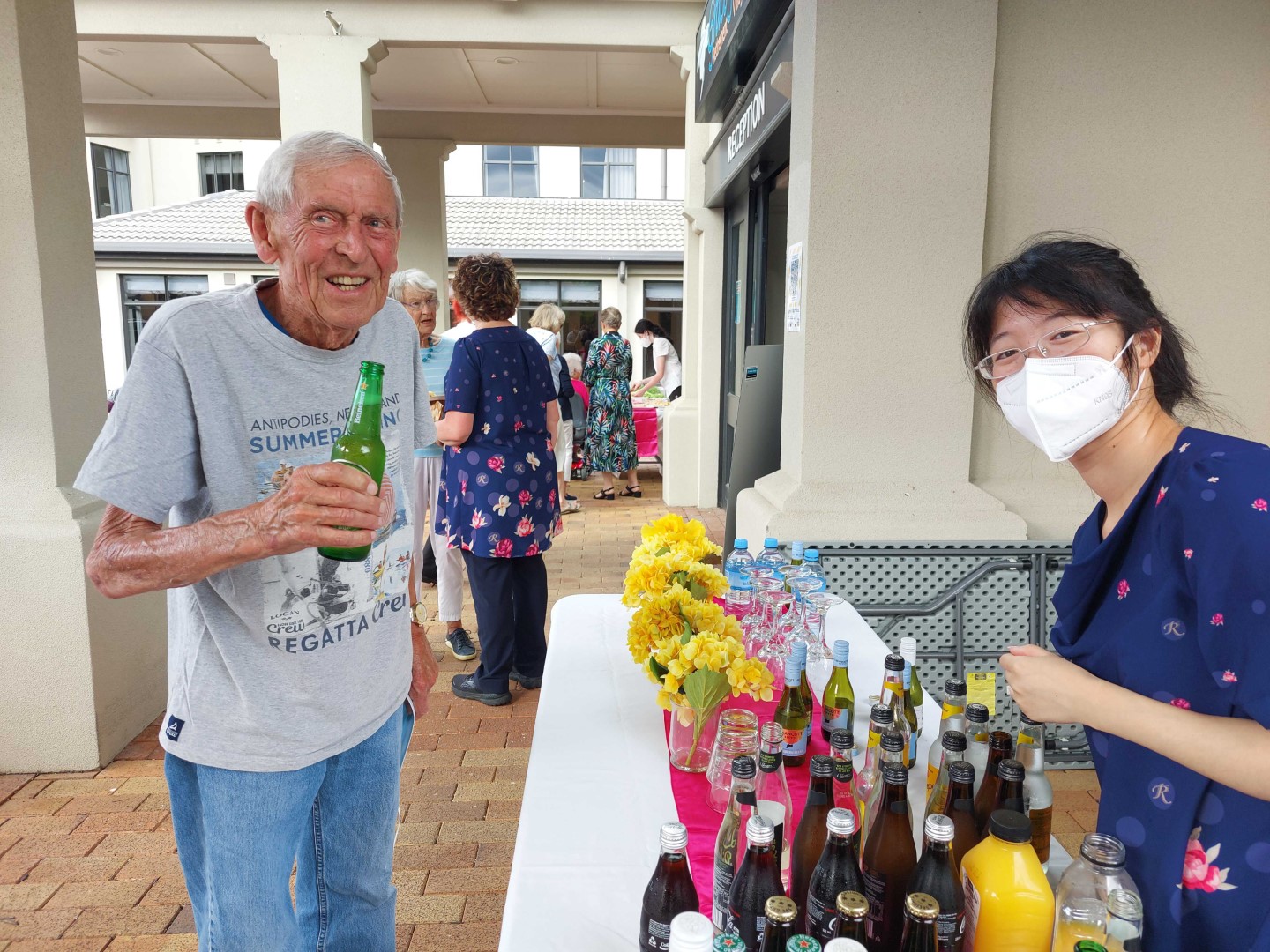 Gillian Macalister, who moved into the village shortly before the first lockdown last year, said she had found the restrictions very hard, with her son unable to visit from Singapore.
“This was just what I needed to get me through the next couple of months. We came away walking on air – I have been raving about it ever since!” Gillian said she was dancing along in her seat: “My toes just tap and there’s nothing I can do to stop it!”
Glenice George said the concert had brought out a rollercoaster of emotions.
“It was absolutely brilliant. They did lots of things we know, songs from Jersey Boys, for instance, it was fantastic,” she said.
“I must admit I had a bit of a weep behind my sunglasses. They sang songs that meant a lot to me and my husband so that brought a few tears, and then with other songs you could feel yourself being uplifted and we were all clapping along.
“The other thing that was so nice is that we were able to sit outside in the sunshine.” 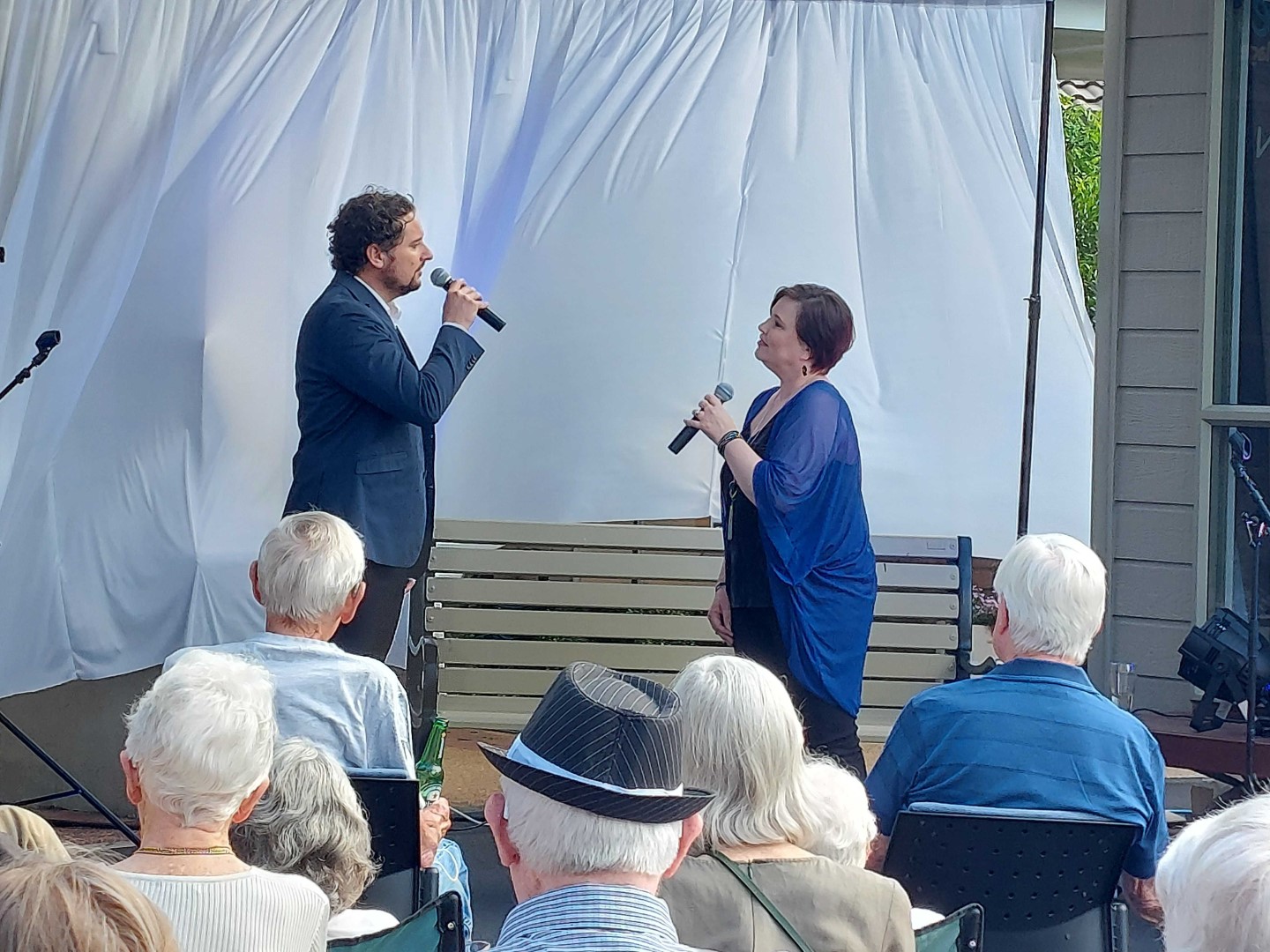 Being together with other residents for the first time in such a long time had added to the emotions, she said.
“This lockdown has affected a lot of people including me. My life changed personally and then to be lockdown down it has affected me, definitely.
“I said they should absolutely do this again – I would love to see them every week!”
Performer Russell Dixon said it was lovely for both him and Lisa to finally be able to get back to doing what they love doing – and the considerable positive feedback had been a real boost.
“The numerous comments from the audience members afterwards were humbling and lovely to hear,” he said.

The Great Ryman Bake Off Finalists

In November 2021 we challenged Ryman residents to create a Christmas-themed recipe to put forward for our Great Ryman Ch...

It started out as a way for Mia Bernard to pass the time during breaks at work in the Diner Bolt café at Murray Halberg ...