Phil and Adrienne remain deeply involved in the Anglican Church, having encouraged, led and kept in touch with South Island communities for decades.

The couple moved into the village in 2014, with Phil having long been an Anglican priest, and Adrienne having had a couple of careers – in microbiology, and also in Early Childhood Education.

Philip worked on farms before going to St John’s Theological College in Auckland, starting in 1967 and graduating in 1969. He’s been a priest for 52 years.

He’d met Adrienne in 1963 when they were 18-year-olds, at an Oamaru ballroom dancing event. Adrienne had attended Waitaki Girls’ High School and went on to Otago Medical School to train in medical microbiology. Her career saw her cover many technology-based medical roles, including at Middlemore Hospital.

The couple married in Oamaru in November 1968, having been engaged for three years, following the church rules of the time. They then moved to Auckland where Philip finished his studies, became ordained before a move to Invercargill, where he became a Curate at St John’s Anglican Parish. His first Parish Appointment was to Northern Southland including six churches and Milford Sound. 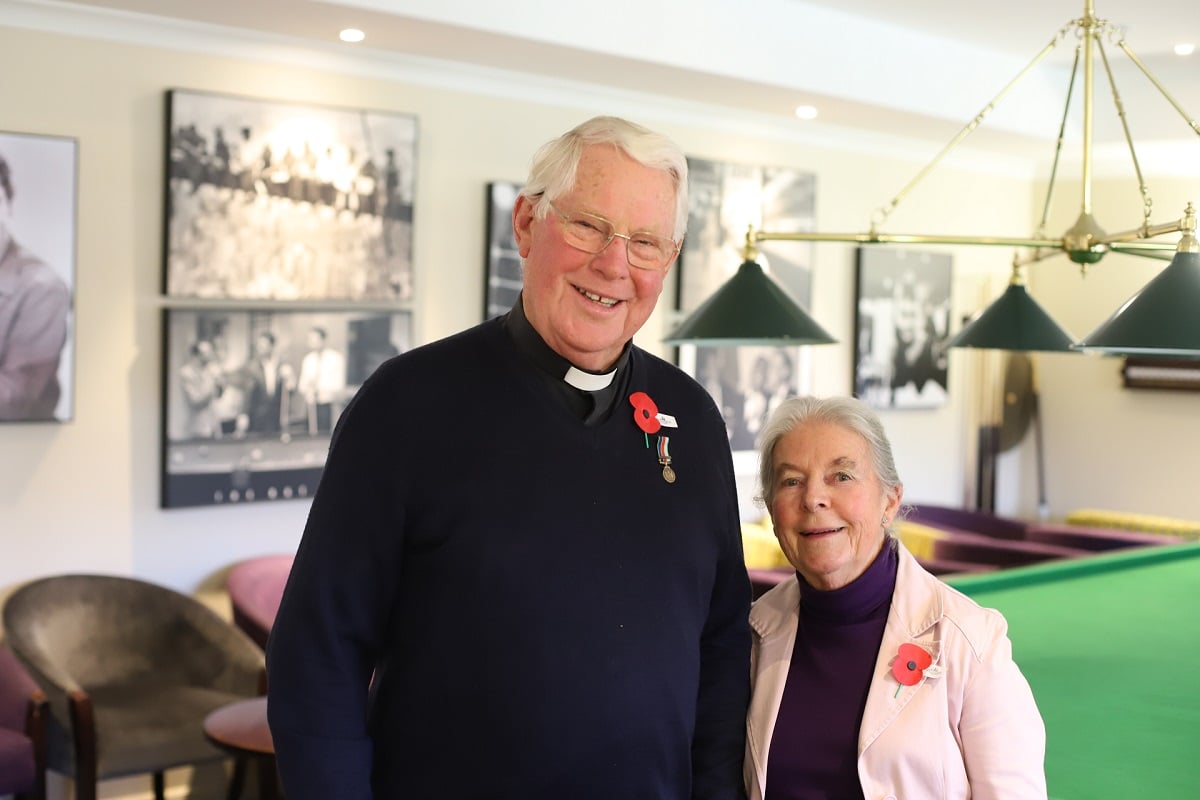 While Vicar at Invercargill’s All Saints Church Gladstone, he, Adrienne and the rest of wider Invercargill experienced the January 1984 floods. They came in close contact with Mayor Eve Poole, who was praised for her response during the state of emergency.

“I was at the time President of the Southland Council of Churches… and became involved in the recovery operation with the mayor and her team,” Philip said.

The couple have four children, a daughter and three sons. The younger two were born in the Southland town of Lumsden.

Soon enough they were on their way to a new destination, with Philip successfully applying for the position of Anglican chaplain at Burnham Military Camp, meaning the growing children were educated in Christchurch.

Adrienne says the move to Christchurch prompted a ‘second career’, working with children, particularly at childcare centres started, as the demand came, for someone to help out with about 50 young ones at Burnham camp. Adrienne had already been involved with the NZ Playcentre Federation in Southland running workshops, monitoring health and safety and marking exam papers.

In 1989 Philip took up the invitation to become Vicar of St Peter’s at Upper Riccarton and Archdeacon of Selwyn-Tawera, Christchurch. Following a study and travel sabbatical in the United Kingdom in 1998 the couple moved to Timaru, where Philip became Archdeacon for South Canterbury for nearly 10 years.

At age of 63, he moved to St Barnabas Anglican Church in Fendalton to be a senior priest and remained with that church until he was 70, with the family home moving to Tui Street.

Adrienne was from the early 1970s involved in the Association of Anglican Women. During the Canterbury earthquakes, as president of the Canterbury Diocesan AAW, she organised provision of a wide range of necessities to assist individuals and families, with monies given for the purpose.

During the early years of retirement Philip spent a couple of years at St George’s Hospital as a part-time hospital chaplain. “That was a lovely conclusion to my life in the ministry visiting and supporting patients and staff.”

“There have been significant highlights along the way, because it’s a great privilege to meet and serve many different people from all parts of life.”