More men need to share their health experiences with loved ones – a move that could literally save the lives of their nearest and dearest.
This was a key message delivered by Prostate Cancer Foundation NZ Chief Executive Peter Dickens at a presentation given to residents at Murray Halberg Retirement Village.
“It’s not uncommon to talk to men who find out in the wake of their treatments that their father had it,” said Peter.
With prostate cancer being a very treatable disease when diagnosed early, that knowledge was essential, he said.

“It’s particularly important that the men in your family know your family history – it might just save a life.”
Resident Gavin Ellis, former editor-in-chief of the NZ Herald, said he did just that after going through his own prostate cancer journey.
He said he made a point of telling his brothers and his son to go and have a PSA test (prostate-specific antigen) and DRE (digital rectal examination) following his open surgery to remove the cancerous cells.
“Being an editor you get to boss people about!” said Gavin, who has now been in remission for six years. 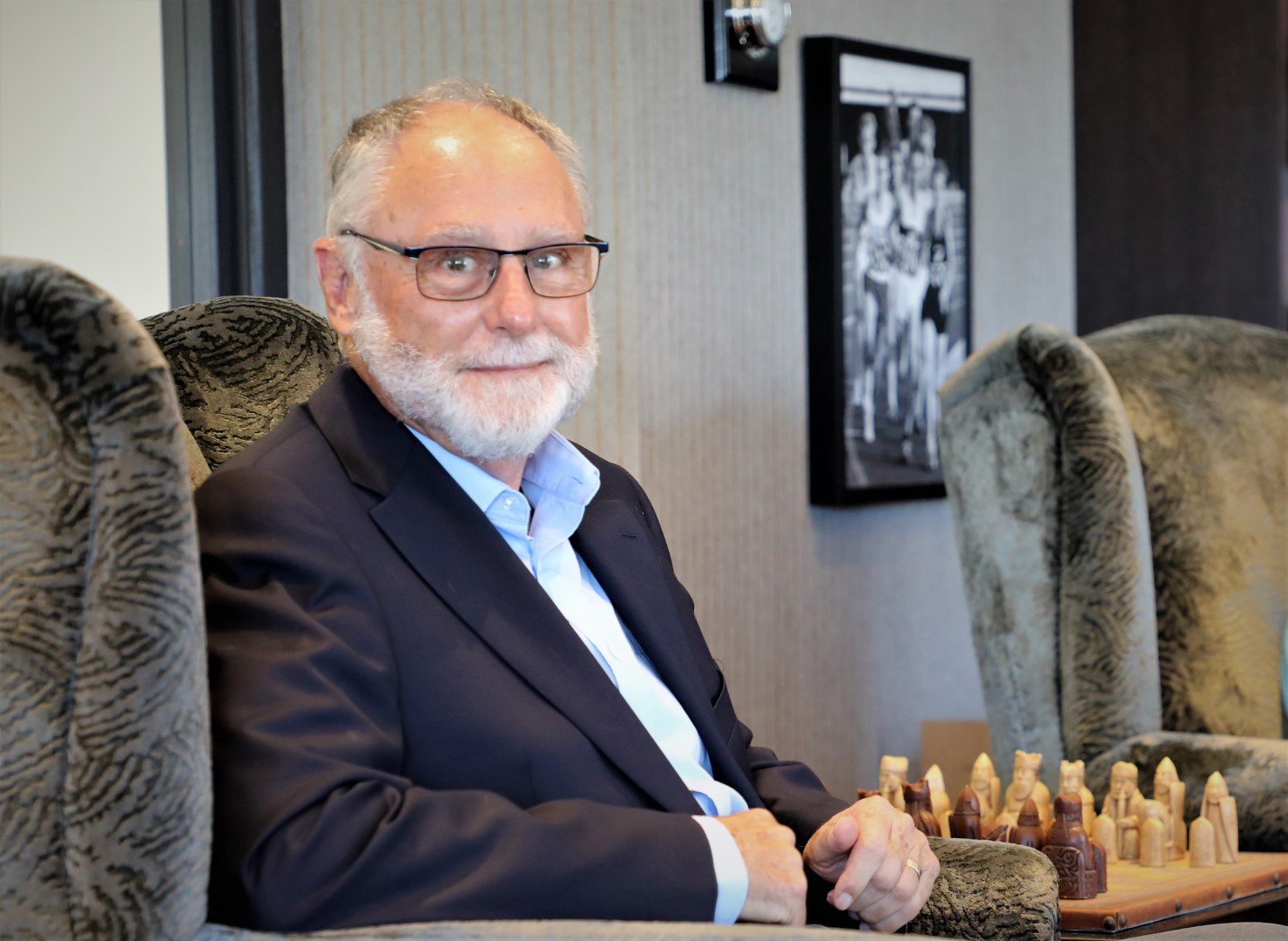 His cancer was discovered after some unusual PSA readings. His doctor had advised him to get tested regularly and for that he is very thankful.
When a man’s PSA levels rise, it’s a warning signal for the GP to monitor him.
“I never had a high reading but it started to fluctuate a little,” said Gavin.
“The doctor said to see the urologist and the urologist wanted to do a biopsy and it showed that yes, I had cancer cells in my prostate.”
Gavin urged the 30 or so men gathered at the presentation to talk to people like him about their experience as there were a few myths to dispel.
“A friend had said the biopsies really hurt but it didn’t. And while the recovery time for open surgery is longer than laparoscopy I have had very few side effects.
“They were able to preserve the nerve and it’s only if I get really tired or I bend at an odd angle that I might just get a tweak.
“Erectile dysfunction becomes less of an issue as you get older but I don’t have that.”
He asked his urologist what would have happened if he hadn’t followed up the test results.
Said Gavin: “He said ‘if it had been 18 months later there’s not much I could have done for you’, so that’s a testament to getting the PSA tests and rectal examinations done and responding to whatever the doctor or urologist tells you.
“The biggest danger we have is ignorance.”
Raewyn Paviour, National Support and Education Manager at the Foundation, said there were some sobering statistics relating to prostate cancer, which actually recorded higher annual deaths than breast cancer. 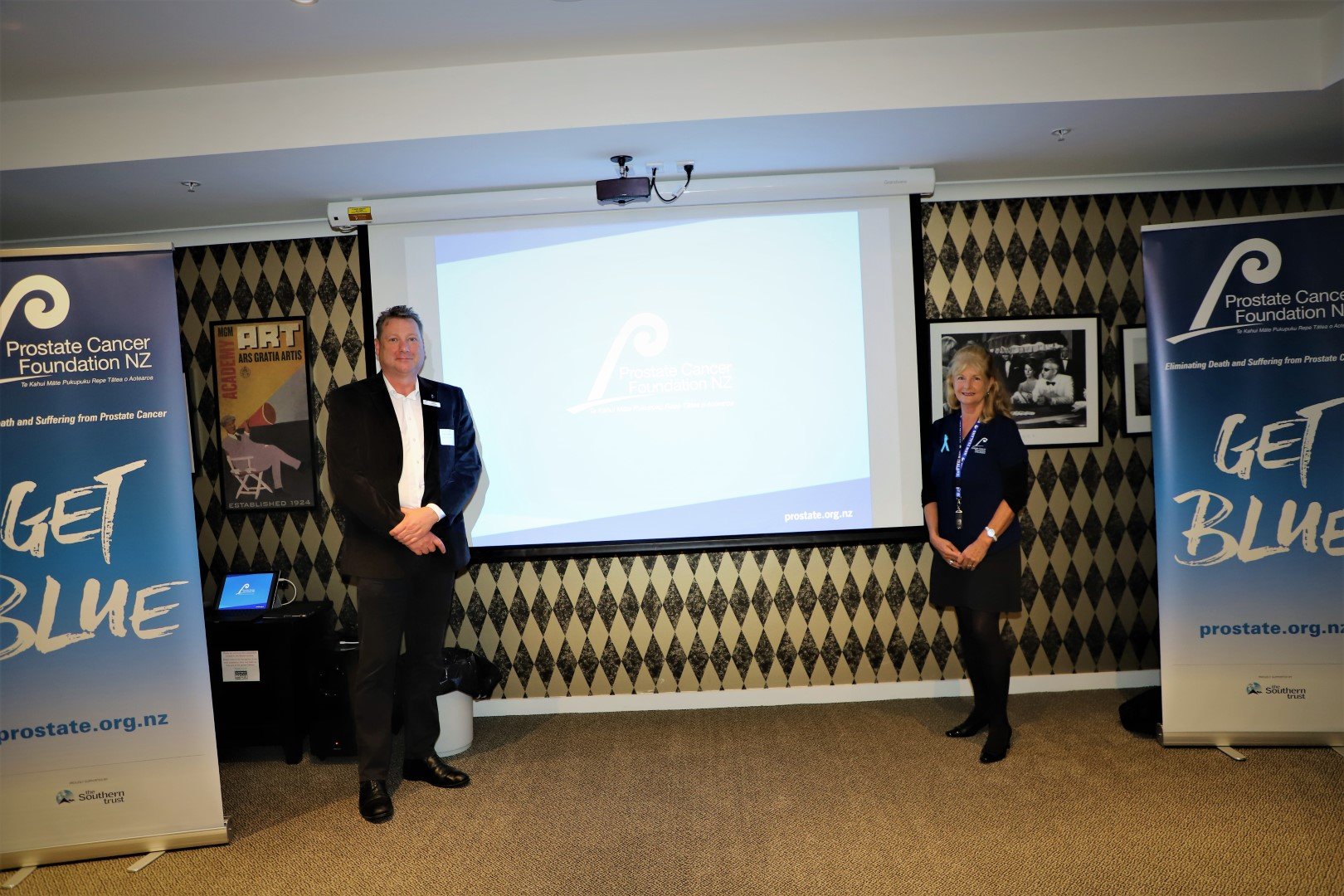 One in eight men will develop prostate cancer in their lifetime, and more than 4,000 are diagnosed in New Zealand every year, with over 700 deaths, she said.
The importance of testing was underlined by the fact that over 60% of survivors reported having no symptoms when diagnosed, and the disease is more common in men with a family history.
That family history also included women in their family with breast cancer as it is from the same gene pool.
“There are some very good outcomes if it’s caught early,” Raewyn said.
Following the death of her husband Bruce to prostate cancer, retired nurse Kris Hayward is petitioning the health select committee for a prostate screening national programme to try and capture more of those 4,000 men earlier in the piece, and Raewyn urged the residents to sign it if they hadn't already.
Ryman Healthcare has chosen the Prostate Cancer Foundation of New Zealand and the Prostate Cancer Foundation of Australia as its charity partner for this financial year with all the proceeds of 12 months of village raffles, barbecues and bake sales being donated after being matched dollar for dollar by Ryman.

While it’s commonplace to refer to getting a job at Ryman as becoming part of the Ryman family, it’s quite literal for D...