A 20-minute burst of creativity sparked by lockdown last year has led to a rollercoaster 18 months for Logan Campbell’s Jan Beaumont and culminated in her first book of published poems.
Ironically, just days after the first hard copies of Let’s All Drink to Lockdown were delivered, the country entered into yet another lockdown, this time caused by the dreaded Delta variant.
Jan said she had been in the process of setting up international purchases of the book, which is named after the original poem that went viral, when everything ground to a halt.

“I was very excited to get my books and it was great timing that they arrived before the lockdown,” she said.
“Several people in New Zealand have bought them but I’ll have to wait until I can get to the Post Office again before I can arrange the international orders.”
The book features roughly 60 poems inspired by a vast array of topics ranging from the serious, such as the tribute to those lost in the Whakaari White Island eruption, to the more light-hearted, like the mystery of the odd sock.
Jan still marvels at how her humorous take on how older people were coping with lockdown racked up hundreds of thousands of shares - and still counting - and opened the floodgates of her creativity.
It has resulted in her own poetry page on Facebook, several radio interviews, including BBC Radio and countless invitations up and down the country to read her works with one in particular that she hopes will still go ahead.
“I’ve been invited to talk in Levin on 1 October as part of celebrations for International Day of the Older Person.
“When they invited me I thought I guess I am an older person really even though I don’t feel like it.
“But I don’t know yet if that will happen which will be a shame as this one was going to be special.” 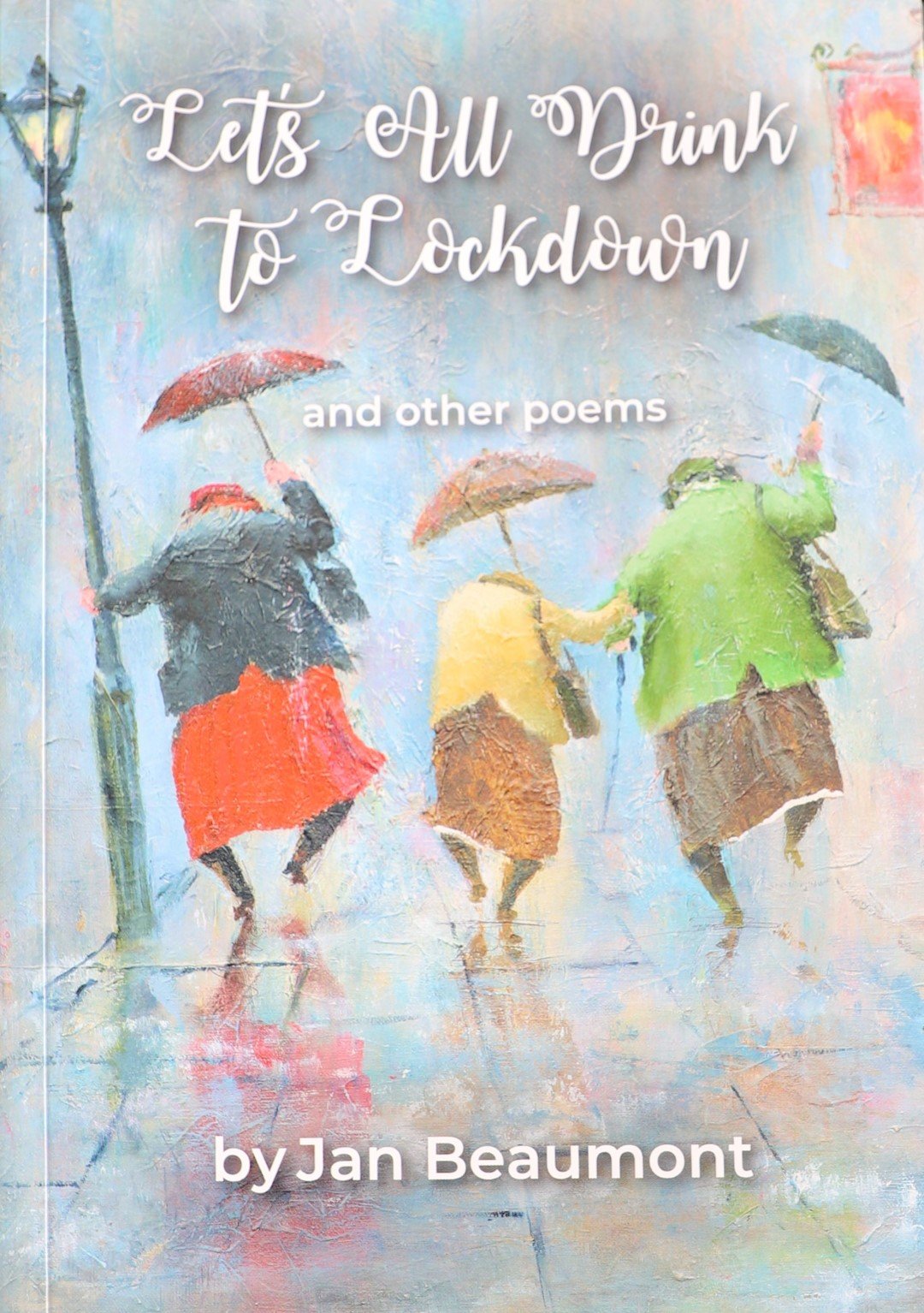 The cover of Jan's new book of poems

The Let’s All Drink to Lockdown poem clearly resonated with thousands of people who were all stuck in a similar situation and then a misattribution to British poet Pam Ayres, which even Pam herself tried to correct, sparked curiosity about who the real person was behind the poem.
While it has been frustrating at times having to constantly claim her own work as hers, Jan says there have been some special and proud moments coming out of it too.
She was one of 100 poets from around the world who appear in a book called Poems for a Pandemic which was used to fundraise for the NHS, and she also recorded her poems for the blind and visually disabled at Sight for Wight in Britain.
In the meantime, being stuck in lockdown yet again, Jan is glad to have her poetic prose to turn to with plenty of inspiration coming from topical events such as Geronimo the Alpaca, the Olympics and the passing of comedian Sean Lock.
“The poetry writing has certainly helped while away the hours once again,” she said.
“I have one just sitting in the wings waiting for Father’s Day!”

Jagdish and Valerie love being part of the Ryman family

As Jagdish and Valerie Natali near their first anniversary of living at Murray Halberg Retirement Village, they grow inc...

Bubble buddies bring the best out of lockdown

The misery of returning to lockdown was relieved in a surprising way for three Keith Park Retirement Village residents w...