Jerry’s a hit with the residents

Jerry (Yunfeng) Shi is such a hit with the residents at Bruce McLaren Retirement Village they will fall over themselves to sing his praises when given the chance.
Compliments range from ‘he’s always smiling,’ and ‘he’s so willing to help’ to ‘he’s like a little puppy, he’s absolutely gorgeous!’.
And the feeling is clearly mutual.
“I am so happy. I love my job, it’s my dream job!” beams the 28-year-old Activities and Lifestyle Coordinator. 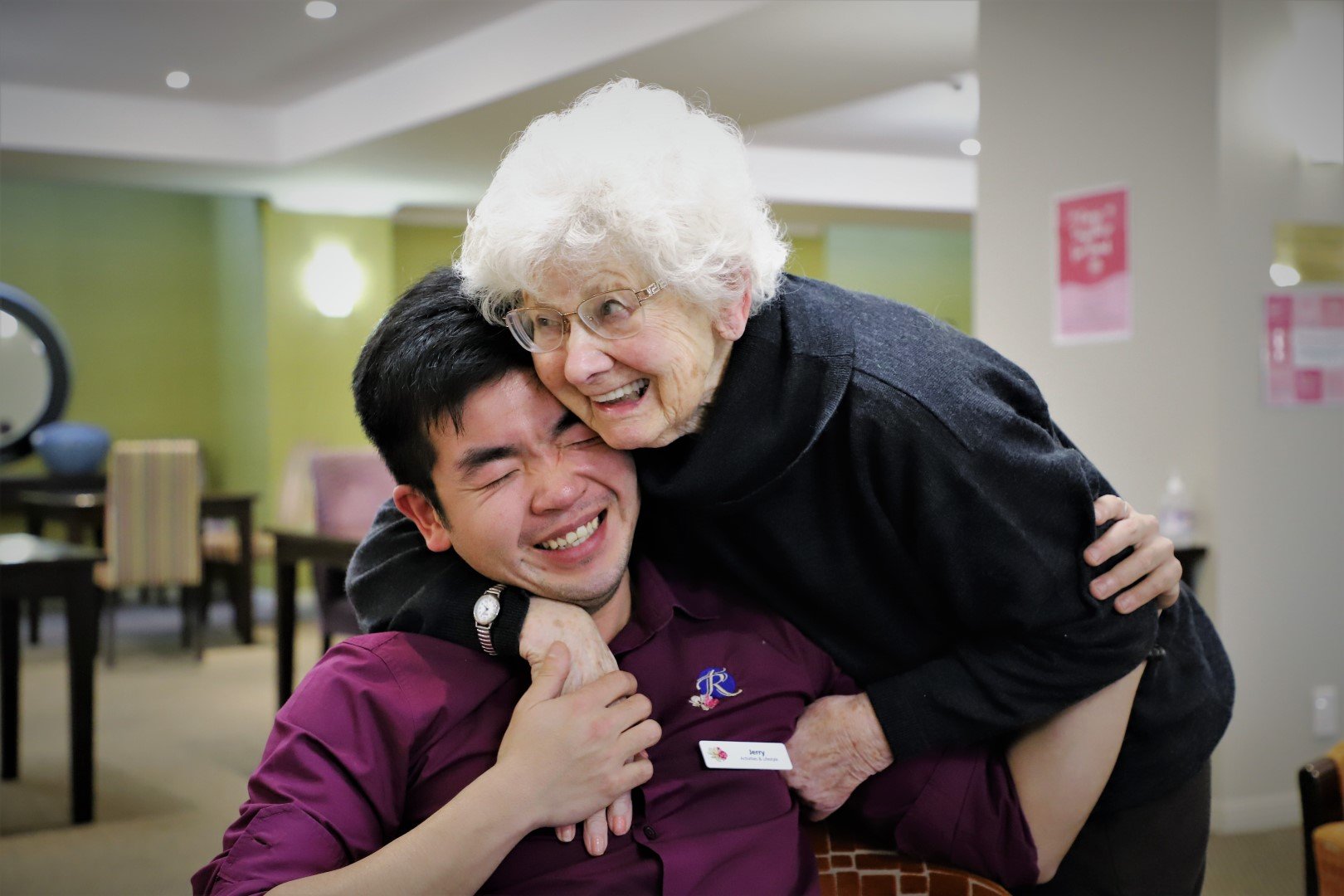 It’s quite a happy ending for Jerry, who found his world crashing down around him when Covid-19 brought the nation to a standstill.
He had just started a new job with Air New Zealand in November, working as a warehouse agent dealing with cargo destined for different locations around the world.
“I was quite happy working for Air New Zealand. Everyone loved and cared for each other and helped you a lot as well.
“Even though I was just a rookie, I could see that it would be a good place to work for a long time – one of the staff members had worked there for 56 years!”
With his new found job security, Jerry started looking to the future.
“My parents were happy and were proud of me and I bought a house and then it was bang! See you later!” he says referring to the job-shattering effects of lockdown.
“I was scared because I had a mortgage to pay,” he says.
Air New Zealand pointed its employees to a list of job vacancies provided by its various corporate partners, of which Ryman Healthcare was one, and Jerry wasted no time in applying for new jobs.
“I sent out my cv for about 40 jobs. Three of them were with Ryman Healthcare and they were the only company that replied to me,” he says.
Jerry was over the moon to be offered a role supporting residents at Bruce McLaren, just 10 minutes down the road from his home in Flatbush.
With Alert Level 4 lockdown in place, residents had to rely on village staff to bring them their groceries, mail, and medications, especially if they had no family nearby to help out.
“I was delivering goods for residents, fixing the tv and doing maintenance or small jobs they weren’t able to do.
“It was good fun, I loved it. I grew up living with my grandparents so seeing the residents every day it was like seeing my grandparents.
“It felt like a good way to give back,” he adds earnestly.

It was because of this attachment that Jerry had actually sought to work in the retirement sector a few years ago.
Instead however he had become involved in organising events to promote Chinese culture in New Zealand and vice versa, much of it on a voluntary basis.
“One project I worked on was with the Minister of Maori Affairs. We were working on the production of a story blending M`aori and Chinese culture in the form of a beautiful love story but sadly the money got repurposed in the end.”
Nevertheless, Village Manager Chantelle Hand soon got wind of Jerry’s organisational talents and with Alert Level 1 now in place, the village was in need of someone to run the residents’ activities again.
“I think a few of the residents said positive things about me to Chantelle and so when she offered me the role I jumped at the chance. It’s the perfect combination of everything I’ve wanted to do – and I get paid!” he laughs.
Since then, Jerry has been running Triple A exercises, taking the residents to Morning Melodies in Takapuna, and day trips to locations such as Port Albert. 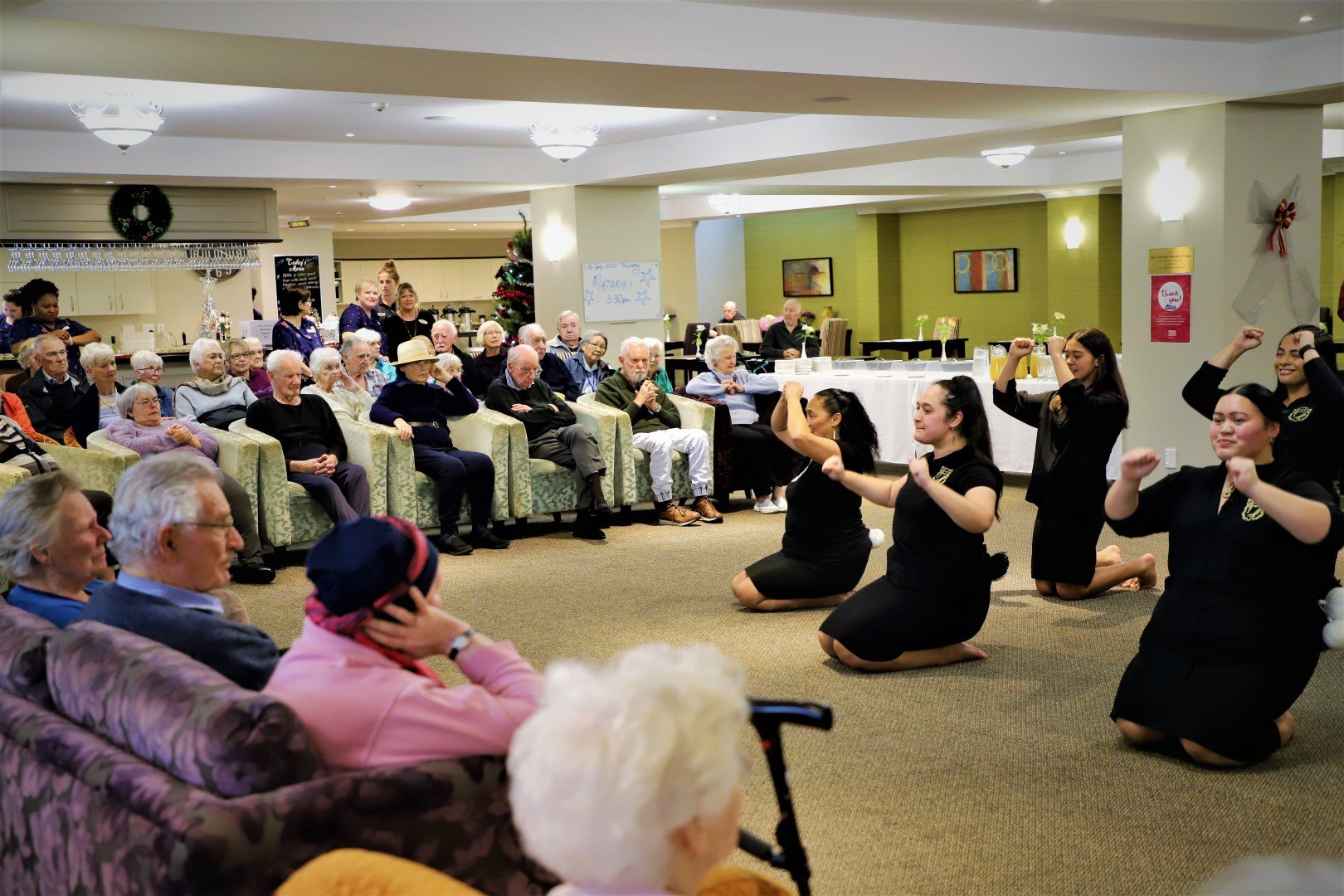 A big hit recently was his Matariki celebration where he invited his former colleague Paora Sharples to bring a kapa haka group to perform for - and with - the residents.
How will he top that?
“I’m working on getting a few of the villages together to do a summer Olympics – it’s going to be great!” he grins.