An incredible kapa haka performance at Bruce McLaren left residents feeling amazed and exhilarated last week.
Fifteen performers from Hoani Waititi Marae in west Auckland staged an impressive display of harmonious singing, poi skills, and an intense haka as part of the village’s special Matariki celebrations.
The performance was introduced by Paora Sharples, who is a friend and former colleague of Bruce McLaren’s new Activities & Lifestyle Coordinator Jerry Shi, who had the initial idea to invite the group.

Paora spoke in te reo and then translated his message that acknowledged Matariki and those that had passed away, before then paying tribute to the kaumatua who were present.
The group then quickly demonstrated why they are championship standard – members of the marae’s kapa haka groups have won the national kapa haka championships twice since its inception in 1972.

The championships were founded by Paora’s father, the academic and former MP Sir Pita Sharples, who also formed the inspiration for one of the songs.
“A lot of songs are written when people die,” said performer Andrew Keogh, who led the haka. “We wanted to do something while he is still alive to say thank you for all the good he has done for Māori people.” 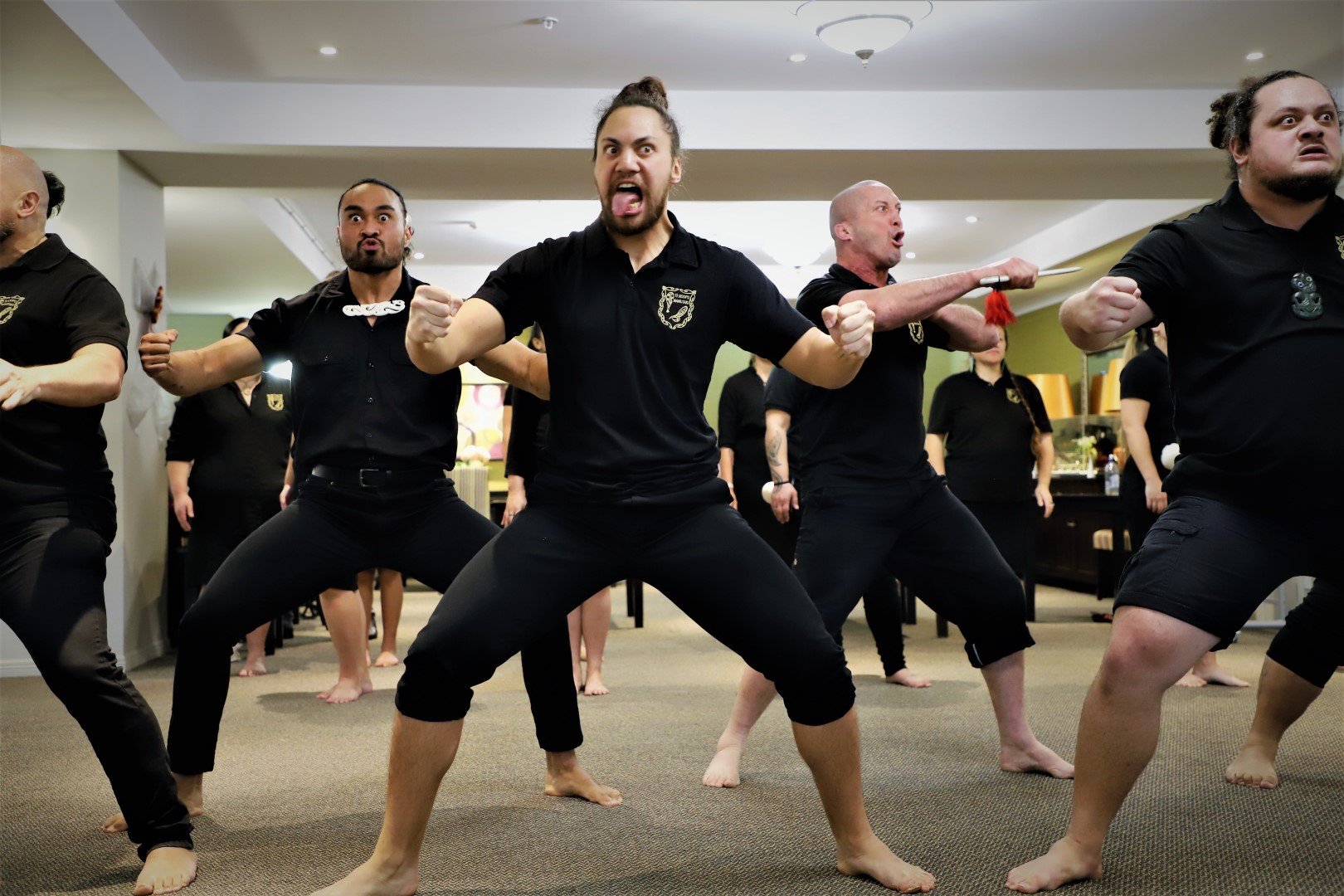 The haka, titled Tika Tonu, was a challenge in the truest sense of the word and left Village Manager Chantelle Hand quaking in her boots.
“It frightened me, and I come from Northern Ireland!” she laughed afterwards.
Andrew said: “It’s really a challenge to people to be upfront and not beat around the bush, and also to always have good intentions.” 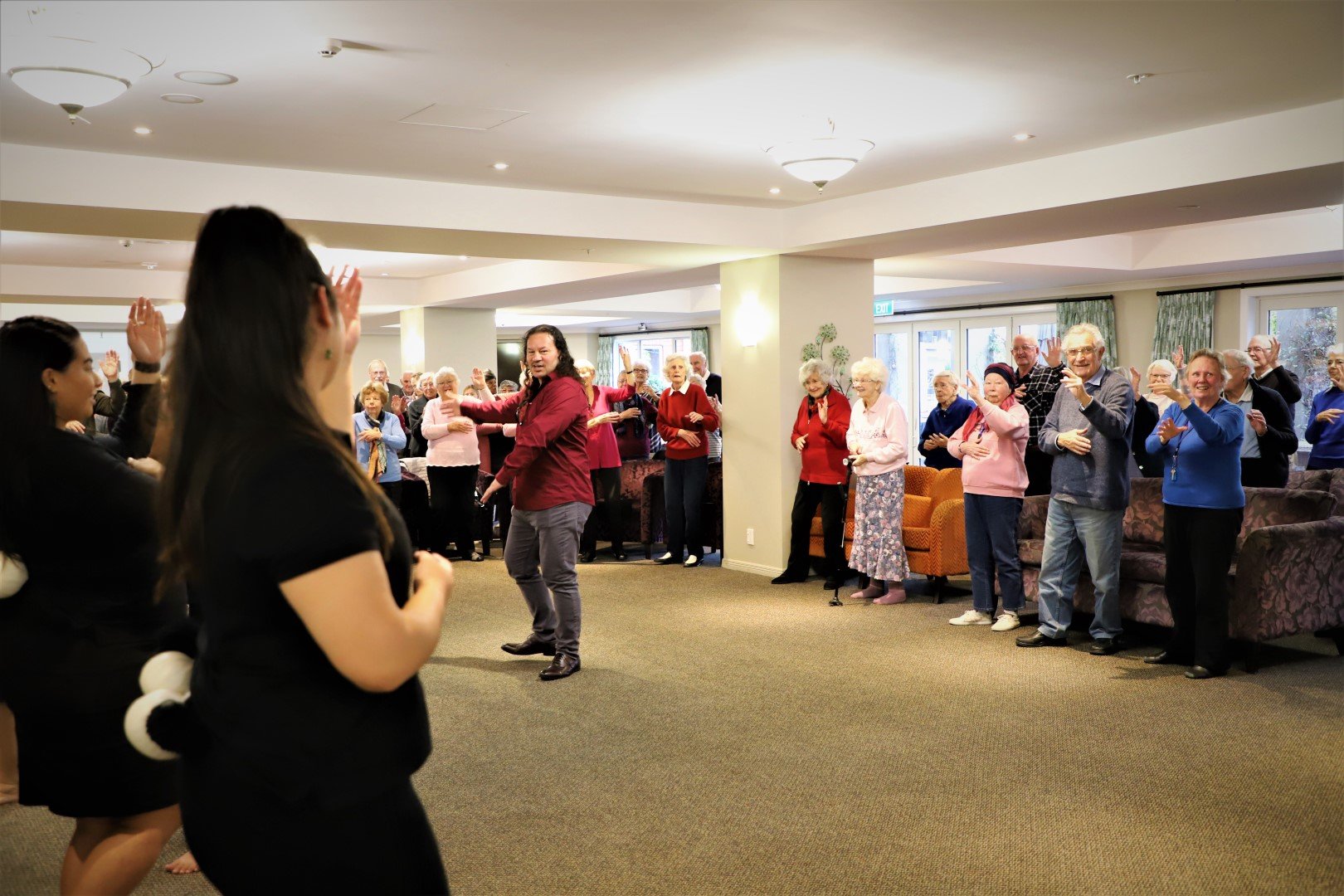 Paora then invited the residents to get to their feet and join in as the group performed old favourite Tūtira Mai Ngā Iwi.
He taught them the various actions and those that could joined in with gusto.
Resident Anne Searle said she was so glad she had been able to attend, having nearly double-booked. “It was amazing, spine-tingling in fact. The performers were incredibly talented.”