Jan Beaumont would have been speaking in Levin today as part of celebrations for the International Day of the Older Person.

The Logan Campbell resident has enjoyed a surprise second career in retirement as a poet and public speaker.

A 20-minute burst of creativity sparked by lockdown last year led to a rollercoaster 18 months for Jan and culminated in her first book of published poems.

It has resulted in her own poetry page on Facebook, several radio interviews, including BBC Radio and countless invitations up and down the country to read her works.

The book features roughly 60 poems inspired by a vast array of topics ranging from the serious, such as the tribute to those lost in the Whakaari White Island eruption, to the more light-hearted, like the mystery of the odd sock.

Jan still marvels at how her humorous take on how older people were coping with lockdown racked up hundreds of thousands of shares - and still counting - and opened the floodgates of her creativity.

While she can’t speak in Levin, she hopes she can resume engagements after Covid.

“When they invited me I thought I guess I am an older person really even though I don’t feel like it!” 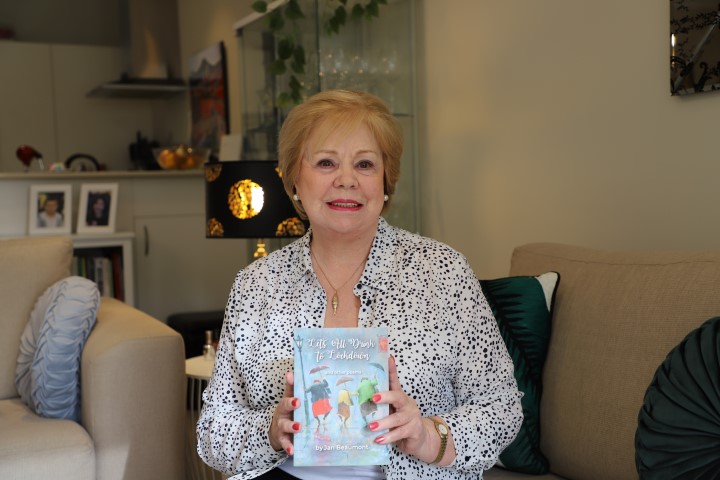 Jan Beaumont has had a second career in retirement as a poet and public speaker.

Wendy Peacock has been volunteering in the community for 25 years at Auckland’s Starship Hospital.

Wendy is known as a ‘Hospital Grandmother’, and either reads or plays games with the children for a couple of hours to give their parents a short break.

“I’ll go in for a couple of hours and sit with them. Just really what a grandparent would normally do, says Wendy.

“The parents appreciate it so much. They often say, thank you we had a shower or met with a friend for coffee.”

In August, she was formally recognised by the Ministry of Health for her amazing efforts and was awarded the ‘Outstanding achievement award for health care provider service volunteer,’ at Parliament in Wellington. 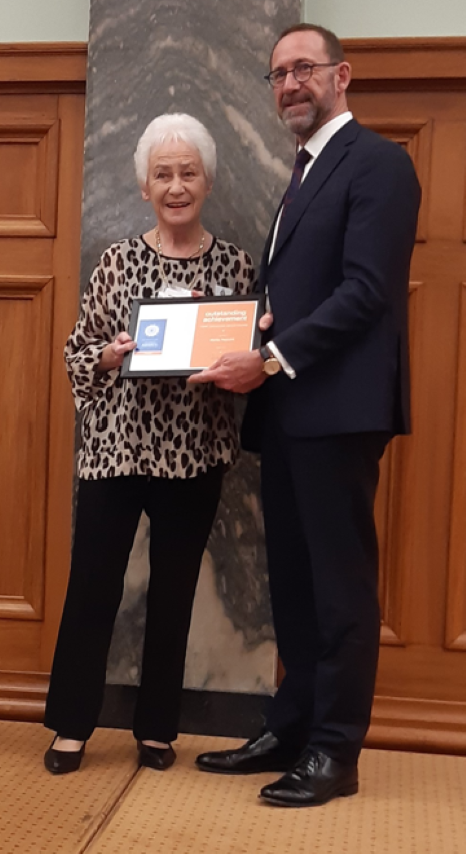 Our seniors in our villages contribute to the community in a variety of different ways including volunteering, caring for children/grandkids, being in paid work and owning and running businesses.

At Bert Sutcliffe, a knitting group is making waves around the globe.

Marian McDonald heard about an elephant sanctuary in Thailand that was in need of blankets to keep their rescued elephants cosy in the cooler months.

Now, they have added giant-sized blankets for orphaned and rescued elephants to the long list of craft items created by the prolific knitting group.

“These poor elephants come to the sanctuary underfed and undernourished and with nowhere to go,” Marian explained.

There are around 30 elephants in the Elephant Nature Park at Chiang Mai who have often been badly treated by handlers using them for tourist rides.

The first blanket Marian knitted measures 2.5m x 1.5m which should fit an average size elephant, and more have since followed.

The knitting group at Bert Sutcliffe Retirement Village has earned a reputation for prolific output with thousands of items donated to charity.

Knitting group coordinator Sue Harvey said they had donated over 1,100 items this year alone, with charities such as Plunket, Grandparents Raising Grandchildren, North Shore Hospital Special Care Baby Unit and the SPCA amongst those benefitting. 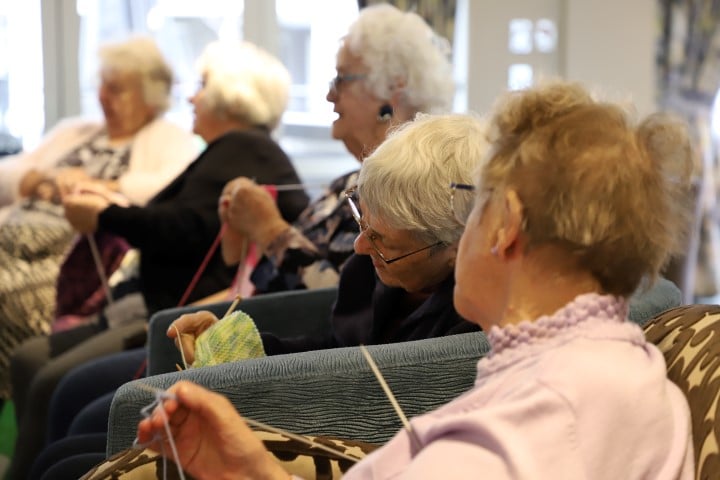 Dr Doug Wilson is a physician, medical academic, writer and is the Ryman Healthcare Senior New Zealander of the year. For the past 30 years, he has monitored the scientific literature as it relates to ageing.

“There is close to 800,000 in the 65 plus community in New Zealand, and 3.8 million in Australia, each with their own personal stories. A single voice can easily be drowned out,” says Doug.

“My role is to broaden understanding across generations by writing and using humour to facilitate communication.

“During my acceptance speech for Ryman Senior of the Year, I warned the audience that they should ignore the older generation at their peril – because we can be troublesome as they well know – that got some loud applause. That’s right – ignore us at your peril!”

An idea to bridge the divide between generations with the simple act of putting pen to paper culminated in a very specia...