Canterbury rugby fans young and old flocked to Ngaio Marsh to meet – and in some cases try and tackle - their rugby heroes.

The Ngaio Marsh exhibition in Christchurch has more than 140 years of rugby history on show from the archives saved from the old Lancaster Park after the earthquakes.

Canterbury stars Kendra Cocksedge, Grace Brooker, Mitchell Dunshea and Dominic Gardener gave up their time to meet and greet the fans and keep the kids amused.

For rugby aficionados the exhibition is a wonderful trip down memory lane, but for the kids it was the interactive zone that proved most enticing.

There they got to try and tackle their hero, Canterbury winger Ngane Punivai, and the all-round good guy was happy to put them through their paces.

There as a steady stream of young queuing up to tackle him – but he did his best to protect himself with a tackling pad.

Theo Reynen was one of the first to step up and have a go on the tackling pads.

The nine-year-old Christchurch player, who lives and breathes rugby, had an awesome time “getting to meet my idols.’’ 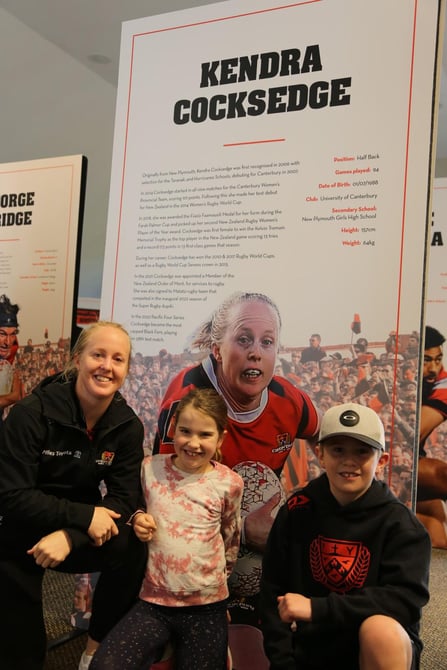 For Canterbury star Kendra Cocksedge – Canterbury’s leading points scorer and most capped player in the Black Ferns – it was a bit of shock to come face to face with a life-sized cardboard Kendra.

“I haven’t seen myself like that before, it was a bit interesting to see, and I wasn’t sure about the photo. It looks like I’ve got my game face on I guess.’’

“I’ve been a Canterbury fan for 50 years – mum and dad were both fanatics and we never missed a game. Mum was the biggest fan of all. It is great to be able to see all of this again – especially the 70s and 80s stuff. It’s a reminder that they used to play the big rugby matches like (Ranfurly) Shield challenges in the daylight – things sure have changed.’’

“I really appreciated the chance to be here – thanks!’’

The exhibition at Ngaio Marsh has been put together by the Canterbury Rugby Football Union Historical Trust and Ryman Healthcare.

Ryman partnerships manager Bree Jones said the aim was to bring the memorabilia out of the archives and to the general public.

“A lot of the memorabilia has been mostly stored away since the Canterbury earthquakes, so it is a privilege to be able to give all this history a home and an audience. The exhibition’s been popular with our residents as well as the public, so we’re delighted with how it has gone.’’ 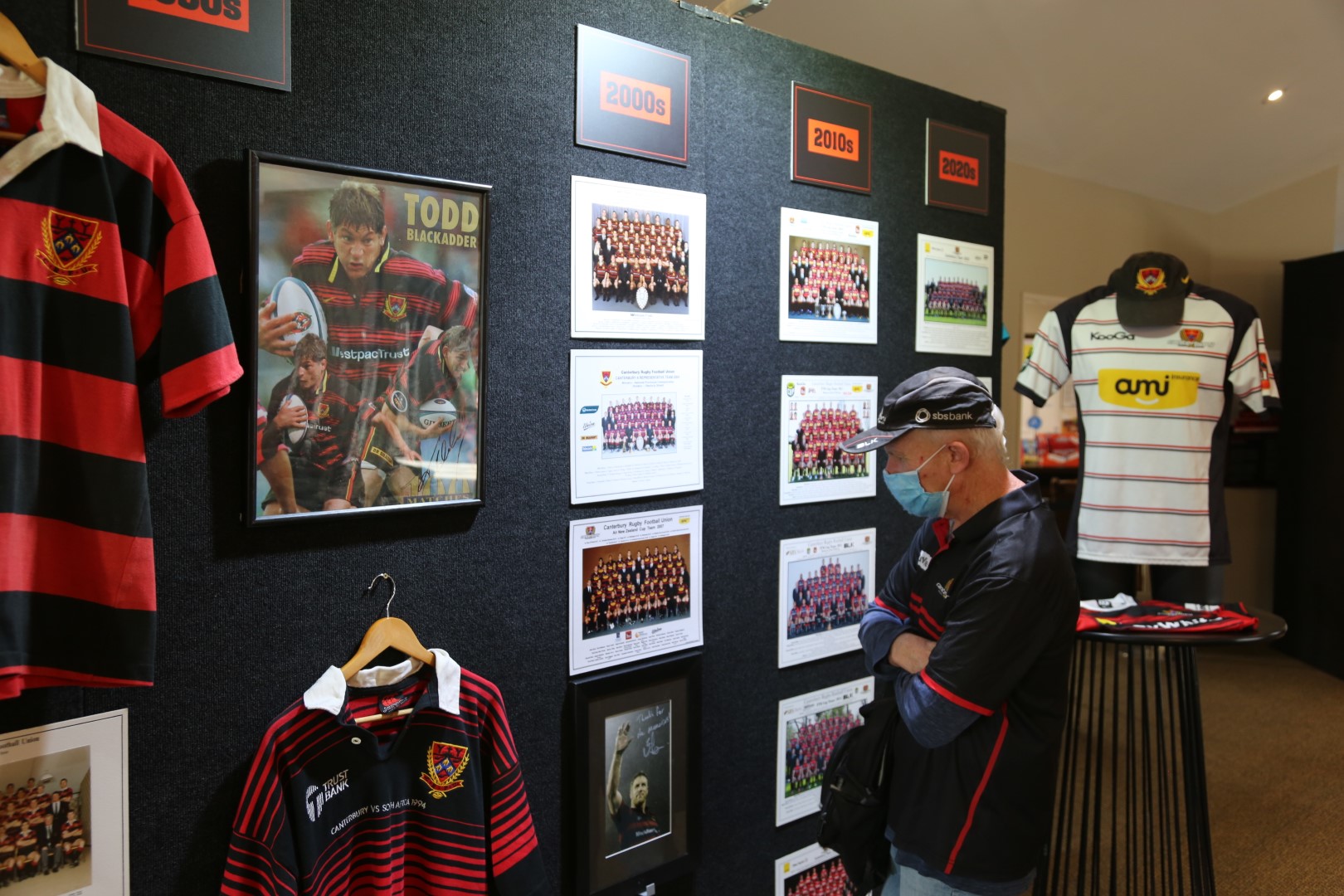